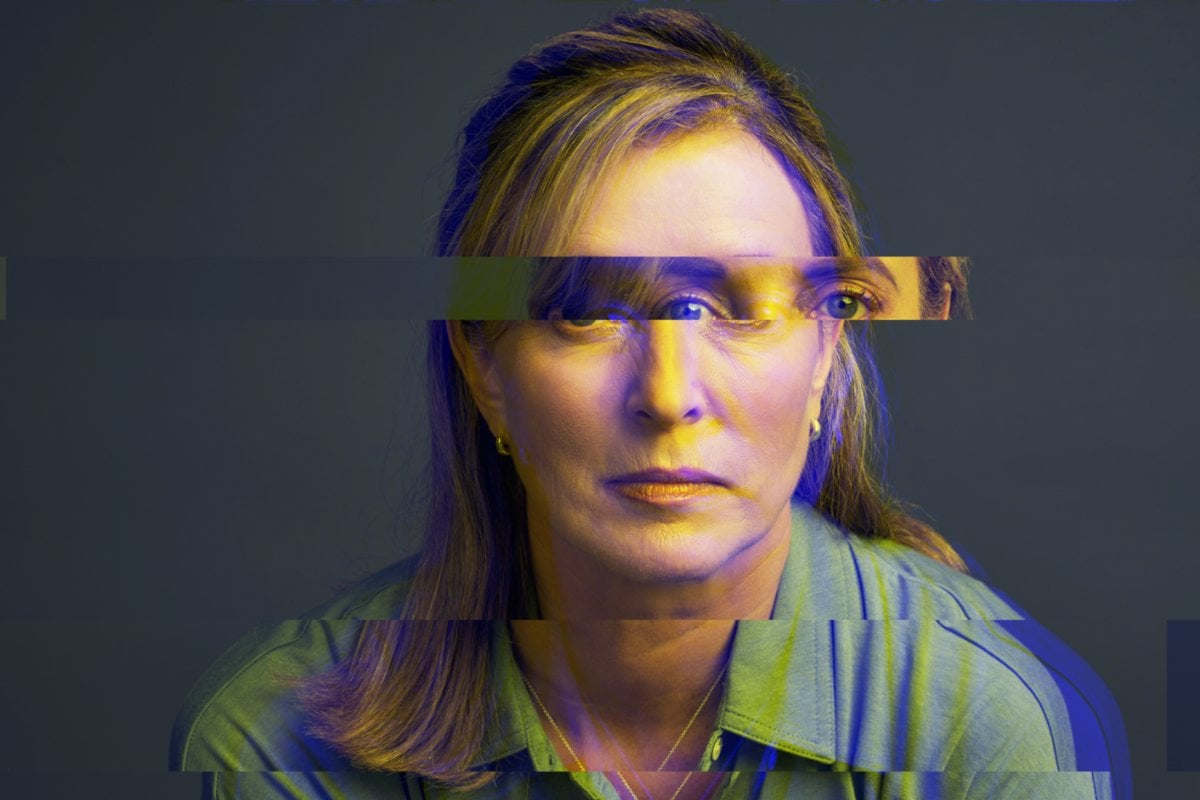 My mum is addicted to pokies. She has lost over a $1million, once leaving her grandchildren alone in a cruise ship’s cabin when she was supposed to be caring for them, to go to the casino in the middle of the night.

There was some rough weather on that trip and everyone had been told to stay in their cabins.

My sister had joked that Mum would go to play the pokies even if the boat was tipped over, clinging to the upside down machines like on the Poseidon adventure.

And indeed, that night she snuck out at 1:30am leaving my nieces alone in the cabin. She lost $5000 before returning at 5am. This appeared on the shared room charges after the cruise.

My mum is a very, very difficult woman. She was an emotionally absent mother who made us feel like we were bad kids who had ruined her life.

When my dad retired they moved five hours away to a different town where she would go to the local club every day and gamble without anyone telling her off.

When my dad got cancer and went into palliative care, we all rushed to support her. I flew 17,000 miles and my sister met me at the airport and drove us straight to the hospital to see him.

That evening it became pretty clear she did not want us around.

She said she wanted to go out on her own for a counter meal as she was sick of hospital food. She came back to the motel that night at midnight with wild eyes. My sister and I had sat up chatting and drinking wine, and Mum was ravenous, demanding we order pizza. She had been at the pokies all evening and hadn’t stopped to eat.

When a beloved uncle died, she rushed to my sister’s house and demanded to read his Will because she owed so much in gambling debts.

My sister sent me a photo of this angry woman sitting on the couch snarling as my uncle had given away all his money to his grand-nieces.

We realised then that she had lost everything. All the proceeds of the business that Dad had built up and sold before he retired. All the super she inherited when he passed away and all her own super.

She was living week to week on the old age pension and borrowing from those quick loan offices that charge 1000 per cent interest.

At least she owned her own home.

This also ensured my mum didn’t lose her pension.

When lockdown happened we thought finally, no more pokies.

But halfway through the year, my mum messaged my sister asking to speak to her urgently as she needed money.

Unlike Pokie clubs which have special regulations, online gambling sites allow you to play on credit. Alone, with no friends and not a lot going on in her life, Mum had managed to lose her remaining inheritance and go into further debt by gambling online.

Mum’s next message was a demand to get $200,000 back, telling my sister to sell her house.

My sister refused knowing she would just gamble it; and now they don’t speak.

A few months passed and Mum contacted me in Ireland where I live, to ask if I still had an Aussie bank account. I told her I did, thinking I might be in for some birthday money or a dig out after a very challenging year.

Mum then messaged to say she was selling her unit then renting it back for three years before going into a nursing home. She said she was going lodge $100,000 in my account as a gift.

Surprised and delighted, I thanked her. Having two kids with autism has meant that I gave up my career to become a full-time carer 20 years ago.

With only one salary and two kids with additional needs, we’ve never really had any savings. This would be the first bit of security we have ever had.

I found out later it was part of a government scheme to release equity held in the homes of elderly parents, to help their kid get a deposit towards a house of their own.

She had to lodge part of the money in my account to qualify and release the funds. She told me I would get the rest when she dies. I am not expecting there to be anything other than a debt to a payday loan office.

I keep in touch with my mum, the last person who does, out of respect for my dad. I despair of where she will end up when she loses this last pay out.

If you or someone you love is struggling with gambling addiction, help is available. For support, please call Gambling Help on 1800 858 858 or visit Gambling Help Online.

Reply
Upvote
1 upvotes
I don't know how we've let Australia fall so far behind the rest of the world on gambling prevention, its absolutely heartbreaking. People should be able to sue the companies that profit from addiction the same way you can sue a tobacco company.
T
talezassian 24 days ago

Reply
Upvote
@cat And with advertising too. I like 7Plus, but sometimes it feels like half the ads are for one of the gambling companies