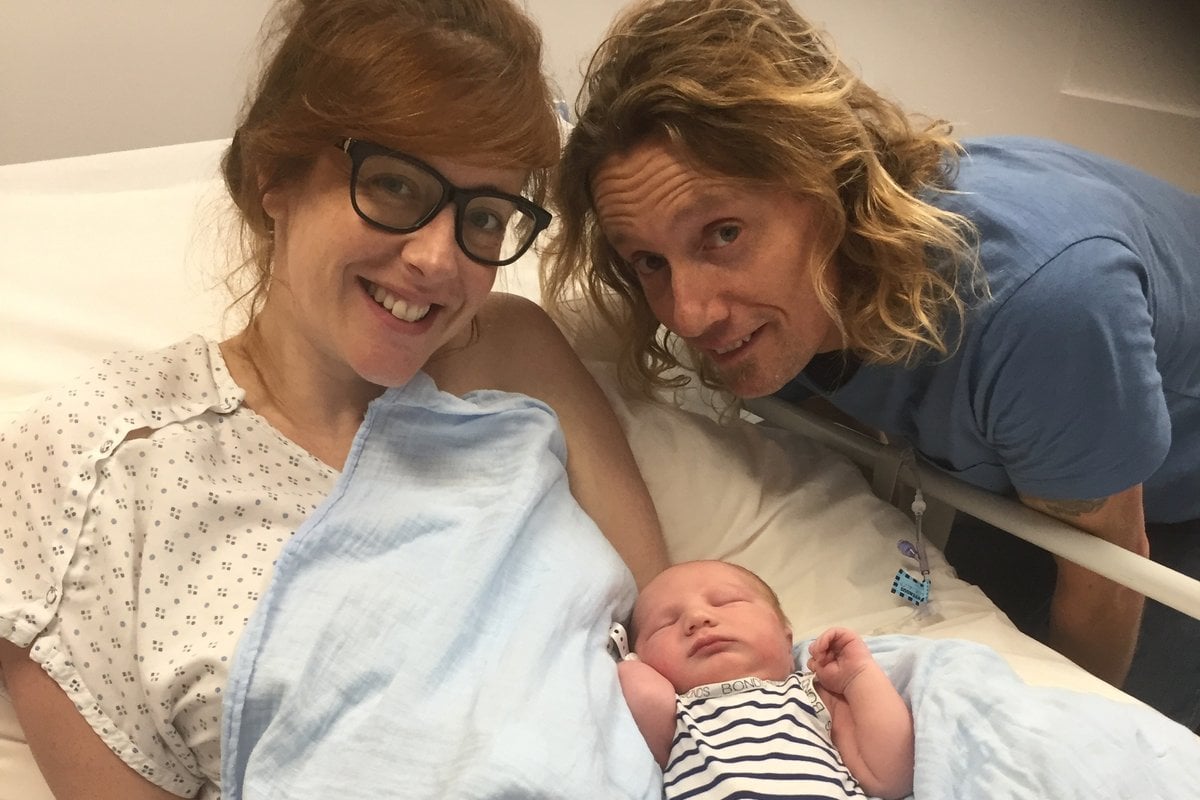 This week, our resident My Birth Story writer Laura Jackel shares her own experiences with her sons Toby, 10 and Leo, three.

After almost a year of trying for our first baby, I was ecstatic to see two lines appear on a pregnancy test in January 2010.

Apart from the usual exhaustion and nausea in the first trimester, my main issue with being pregnant was coming to terms with my new identity as a mother-to-be. It sounds selfish, but I hated being sober, not exercising or socialising while my husband Jules carried on with his life ‘as normal’.

Watch: Thoughts you have during childbirth. Post continues below.

At one of my regular scans with obstetrician Dr Oliver Brown, we discovered that the baby was in a breech position. Dr Brown suggested a planned c-section and honestly, I felt relieved. I hadn’t thought much about a birth plan, other than what we had discussed at our pre-natal classes. I just knew I wanted my baby out in the safest way possible.

A few people asked if I was going to try and get him to move by doing weird yoga positions or getting a doctor to manually turn him. The insinuation was I would surely want to try a vaginal birth, but I thought, if my baby is happy upside down and I’m cool with it, then so be it!

With my c-section booked for 21 September, it was a bit of a surprise when I woke in the middle of night of on 7 September with mild cramping and realised my waters had broken.

Jules and I drove to the hospital where I was checked out and told that as Toby was still breech, I would be having an emergency c-section later that morning.  At 7am I felt incredibly nervous but excited as I was wheeled into theatre and given a spinal block.

There was no pain, rather a strange rummaging sensation in my tummy as Dr Brown pulled Toby out and showed him to us. Here was our rather long, bloodied, quiet little boy, and I just remember saying, “oh, it’s a baby!”

As the drugs wore off, I was desperately hungry so I asked for a milkshake and a cheese toastie, which I promptly vomited all over myself.

There was then a never-ending parade of visitors and congratulatory messages and I was constantly being touched or man-handled by everyone that entered the room.

My dignity was in pieces and I had no energy or idea how to advocate for myself. By the third day when my milk came in, I cried so much that one of the lovely midwives took pity and gave me a pep talk as she tidied my room and made me more comfortable.

While my physical recovery was mostly fine, my emotional one was much slower. Toby cried a lot and my anxiety was intense during the first six months before I started getting more sleep.

We were in no rush to go back for baby number two but when I suffered a lengthy and painful miscarriage in 2013, I was devastated. It was as if we had waited too long and then missed the ‘perfect age gap’. I miscarried again in 2014 and 2015, and by this stage accepted we might just have one child.

In 2016 when I found out I was pregnant, our obstetrician Dr Brown threw everything he had at the pregnancy to try and make it ‘stick’. This included weekly scans, vaginal pessaries and taking a daily low-dose aspirin.

The first trimester was nerve wracking and I only told a few close friends as I couldn’t bear to tell family after so much crushing disappointment. I had some genetic testing done and when we went for that first scan I was expecting bad news.

We were overjoyed to see and hear Leo’s heartbeat.

The second trimester was fine, and I was booked in for another planned c-section. I felt a slight sense of guilt but also relief that this was an option.

I was convinced that like his older brother, Leo was coming out early, but he decided he was happy to stay put. At 6am on 27 February 2017 we got up and kissed our little ‘only child’ Toby goodbye before driving to the hospital.

We were both excited to meet our new baby boy, but I was nervous knowing how hard those early days were for me first time around.

We were taken into a room and I remember two midwives coming in to get me ready. While one smiled and said hello, the other just looked me in the eye and asked, ‘why are you having a c-section?’

I was taken aback and stammered a response about my first birth being a c-section. I felt ashamed and annoyed about being judged for my birth choice but I also wasn’t sure what to say.

As I was wheeled into theatre, the drugs made me fuzzy and slightly detached from what was happening, but I could still feel the same rummaging sensation in my stomach as Dr Brown pulled Leo out.

I was surprised when I looked up and saw this whole new little person squinting at me. I somehow expected baby Toby all over again. 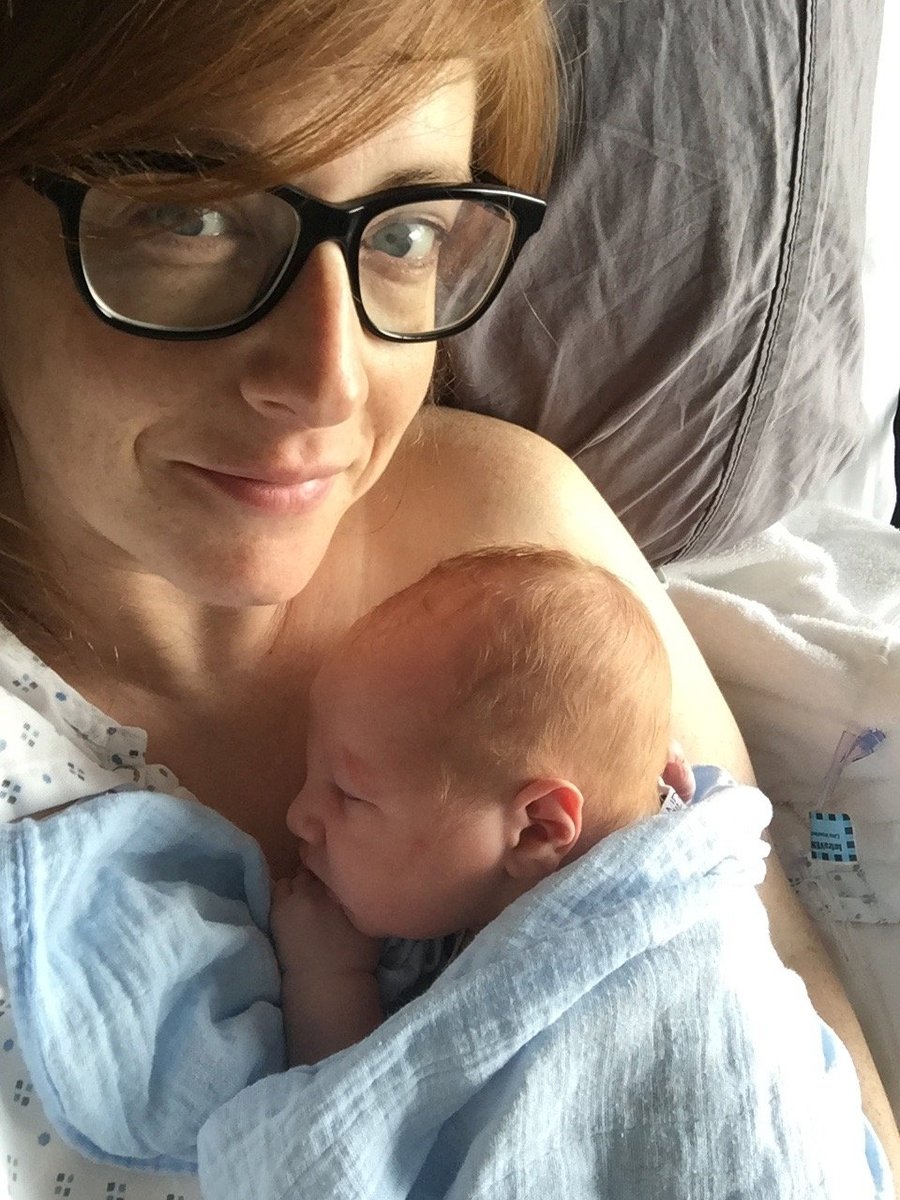 Image: Supplied. Then the nurse taking photos commented on his hair, saying ‘oh he’s a redhead, he’ll be bullied at school!’

I was shocked. Jules tried to make light of it as he cut the cord and we posed for more photos, but considering this was the long-awaited birth of our beautiful son, I was upset that she chose that moment to make a silly remark.

The birth otherwise went without a hitch and while I felt many of the same emotional ups and downs, having been through it before was a comfort.

Looking back now, I wish I been more outwardly confident in my decision to have two c-sections under the guidance of my obstetrician. I also wish I had been able to come up with some sassy responses to the nurses who said those things to me on Leo’s birth day.

I am lucky to have two such beautiful healthy boys and years later, how they entered the world seems almost irrelevant. 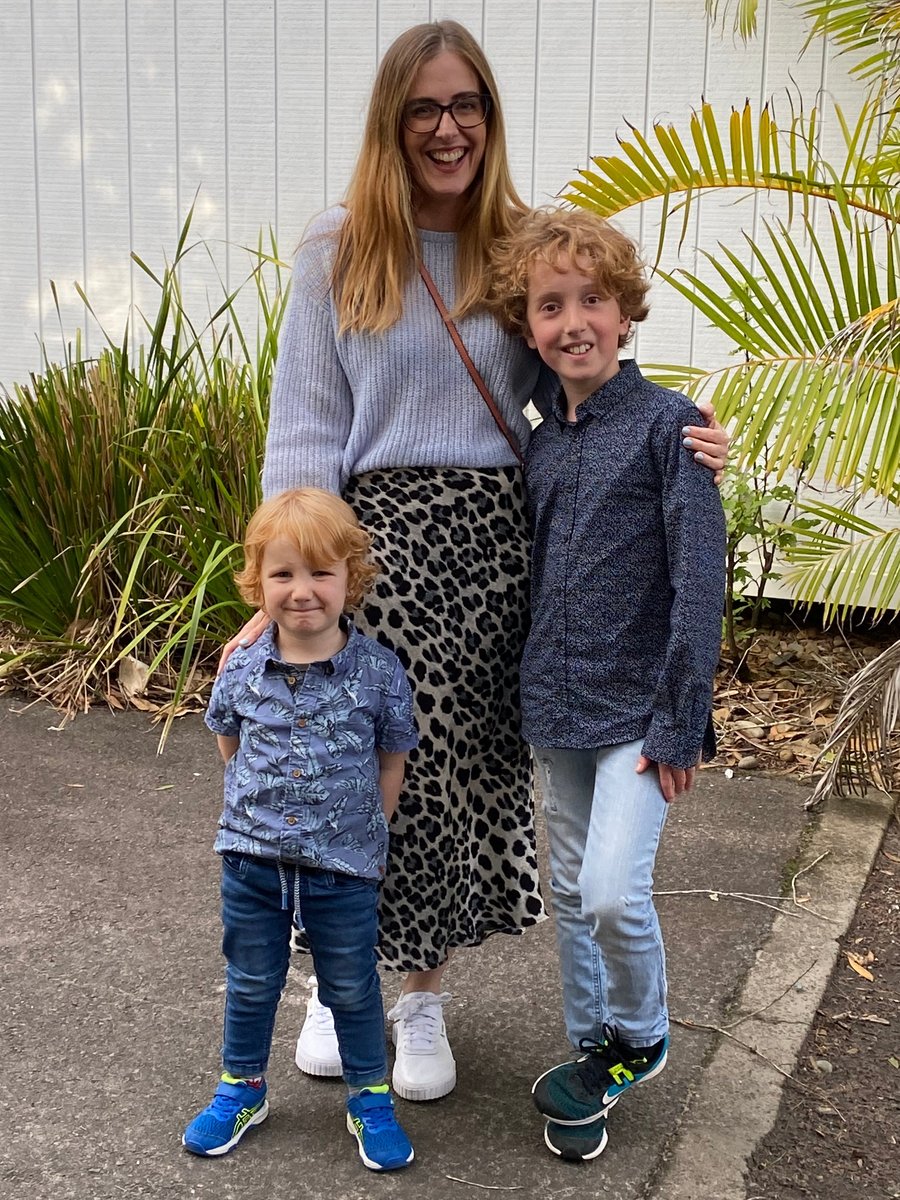 Reply
Upvote
Midwives are supposedly part of the collaborative team, so is it necessarily unprofessional to ask a woman being prepped for theatre, why she was having a Caesarian?  As long as the Nurse/Midwife didn't roll her eyes, spesk in a rude tone, or pass an intentionally derogatory comment.  I am not sure how the question was an attempt to undermine the woman's choice of a C-Section.
rush a month ago

I am lucky to have two such beautiful healthy boys and years later, how they entered the world seems almost irrelevant.