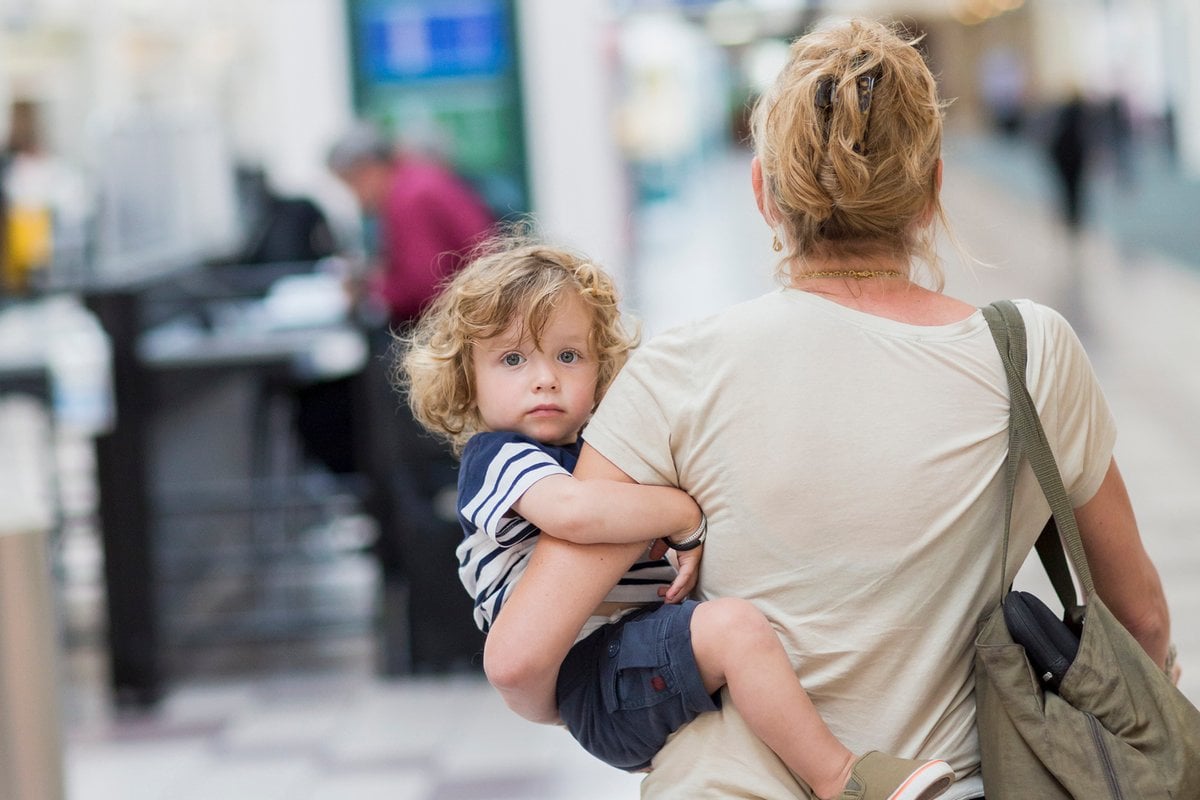 Today I F****d Up is a collection of true stories and essays that are equal parts hilarious and horrific, a timely reminder that no matter how terrible things get, they could always be (way) worse.

In this chapter - The Flight From Hell - first-time mum Megan is flying from Sydney to Arizona with her husband Chris and their four-month-old baby Jack. But when Chris and Megan parts ways at Los Angeles airport (Chris is spending two days in Georgia watching the golf), things start to unravel.

A previously constipated Jack begins to fill his nappy with impressive consistency and things go from bad to worse when Megan learns her husband has inadvertently taken the nappy bag with him.

Under the unforgiving halogen lights of the airport bathroom, the full scope of Jack’s s**t-uation revealed itself. ‘Jack, wow,’ I said, unwrapping the nappy and holding my breath. By now I was largely desensitised to poop, but occasionally he’d serve up something that warranted a reaction. ‘F**k me.’

Instinctively, I checked over my shoulder. Chris and I had agreed not to swear in front of Jack, though he was halfway to Georgia so I figured all bets were off. ‘That’s a real doozy.’ Jack grinned back at me: yes, that’s right, Mother, some of my best work.

Watch: The Horoscopes As New Mums. Post continues below.

I had the nappy routine down to a fine art, and we worked together in perfect harmony. Jack offered his tiny ankles up, I scooped them together in one hand, wielding a wet wipe in the other.

‘There we go, all better and let’s never talk of this again,’ I said, tossing the napalm nappy into the bin.

I gave Jack a final once over and then reached down for the nappy bag which Chris had so diligently packed away in the undercarriage of the pram. Except he hadn’t.

Sitting in the spot where the nappy bag was supposed to be was a small zip-up case, a golf ball emblem stitched on the outside. Not again, Chris, please not again.

I already knew what was inside, but I opened the bag anyway: two golf gloves and Chris’s hideous Nike DRI-Fit golf polo shirt, but not a single nappy. This can’t be happening.

Besides Jack’s actual NAPPIES, the nappy bag was home to several crucial baby bits and pieces: dummy, wet wipes, portable change mat, rash cream. All these items had been ticked off Chris’s godforsaken list but what’s the point of even having a list when you take the wrong bag?

In a manic frenzy I tore the pram apart, but it was over. Somewhere in the sky, flying over the great state of Georgia, a clueless Chris was heading to the Masters with a whole bunch of nappies.

The no-swearing rule was promptly cancelled. ‘Jack, I’m sorry to tell you,’ I fumed, shifting his nude body from one hip to the other. ‘But your father is a f**king idiot.’

Having already cried once in public that day, I was determined not to break again. ‘You’ve got this, Megan,’ I reminded myself.

Using Chris’s polo, I fashioned a makeshift nappy, not feeling a single shred of guilt at the possibility it may soon be soiled.

‘Daddy won’t mind if you dirty his golf shirt,’ I explained to Jack.

‘Because Daddy won’t be going golfing ever again.’

Listen to Laura Byrne's tips for travelling with babies on This Glorious Mess. Post continues below.

Now to solve this problem.

First thought: can you buy nappies in an airport?

Back in the terminal, I moved at pace, hitting all the surrounding stores in a hysteric panic: ‘Do you sell nappies?’ Most shopkeepers replied with a dismissive shake of the head. Only one brave soul dared talk back. ‘Don’t you mean diapers, lady?’ Urgh.

With each mounting no, I cursed the goddamn patriarchy. Only in a world made by men, for men can you buy a five-thousand-dollar watch and a six-litre bottle of whiskey – from the same store – but no freaking nappies.

Just as I prepared to do the unthinkable – try my luck in another terminal – this happened: ‘Attention all passengers.’ Don’t you say it, don’t you dare. ‘Flight 372A to Tucson, Arizona, is now ready for boarding.’

To my left was the gate, to my right was the parents’ room, and I was frozen in the middle dancing around a decision.

Go left and pray he doesn’t explode or go right and re-use the dirty nappy. I stared at Jack, willing him to answer me telepathically. He blinked back blankly – damn you, baby boy!

Deep down, motherly instinct suspected that this Chernobyl-level shit was probably the first of many, which meant keeping him commando was not an option. Right it is.

Back inside the dimly lit airport bathroom, I retrieved the destroyed nappy from the bin: welcome to the end of the line. ‘Jack, this is not going to be fun,’ I said, using a paper towel to scrape off the more stubborn stains. ‘But just bear with me.’

I rinsed the offending nappy in the sink and held it under the automatic hand dryer. ‘See, good as new,’ I lied. The minute Jack’s soft milky limbs hit the still-wet nappy, he started to scream.

Inside I began to scream, too.

LIFT, MEGAN! Four months ago, you pushed Jack into this world, Megan! You are a majestic giver of life, provider of food and warmth and shelter and milk. You will not be beaten by a dirty, wet nappy. Not today, not tomorrow, not ever! NOW, GET OUT THERE AND GET ON THAT F**KING PLANE.

We made it back in time to see most passengers obediently boarding the flight, but I couldn’t bring myself to join them. Fifteen minutes passed and the crowd thinned until it was just me and my crying boy.

Eventually, I heard our names being broadcast across the airwaves by an increasingly impatient blonde flight attendant with an accent, Texan probably.

‘This is the final boarding call for passengers Megan and Jack Heywood booked on flight 372A to Tucson, Arizona.’

This is an edited extract from Today I F****d Up by Thomas Mitchell, published by Simon & Schuster, RRP $24.99, is available now in all good bookstores.

After continually being told to "use his words" as a young boy, Thomas Mitchell took that advice on board and never looked back. Since then his words have appeared all over the place, including in the Sydney Morning Herald, Time Out, The Huffington Post, The New York Times and GQ. A full-time writer, Thomas spends his days Googling synonyms and trying not to overstay his welcome at the local cafe. Today I F****d Up is his first book, but certainly not his first time telling people about his f*** ups. 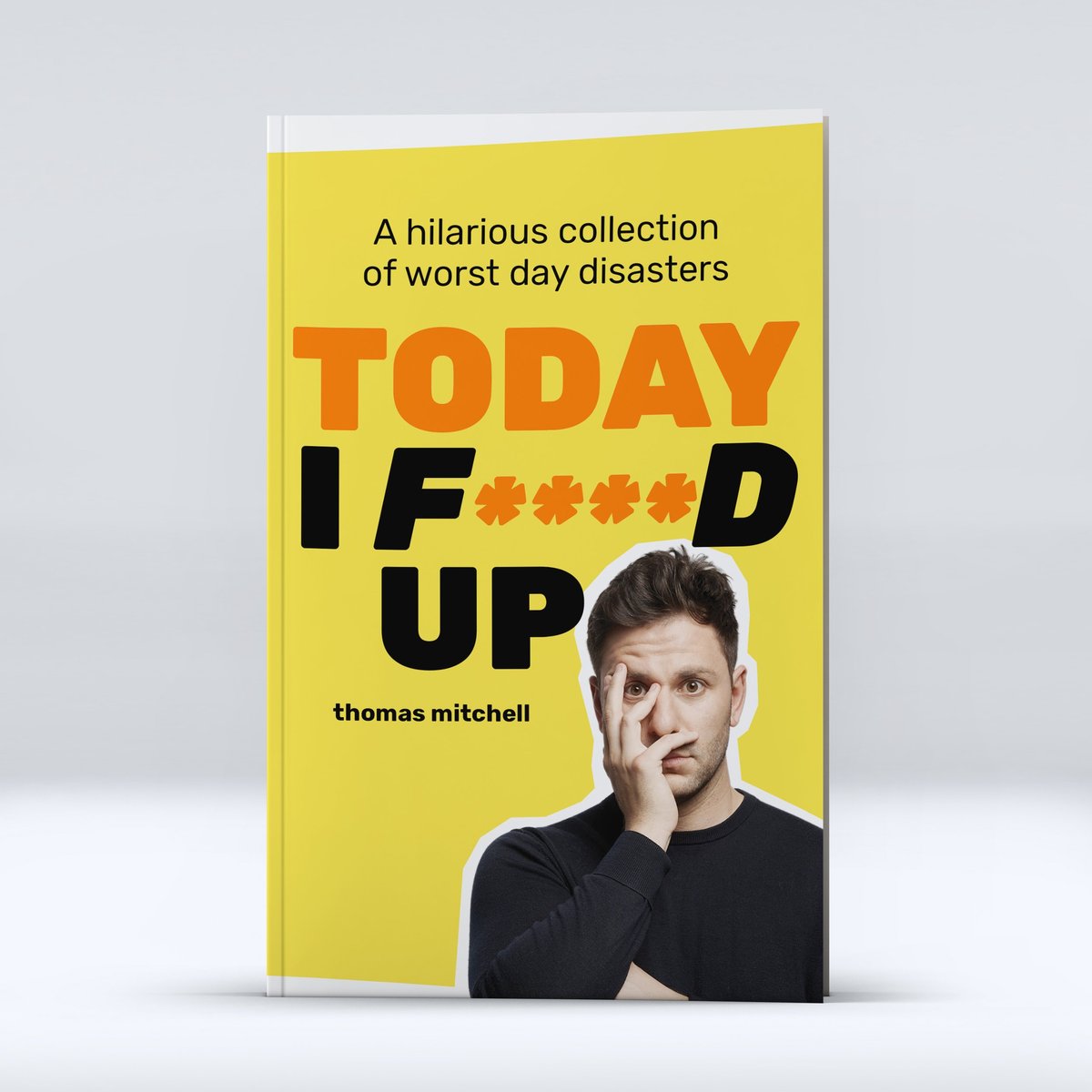