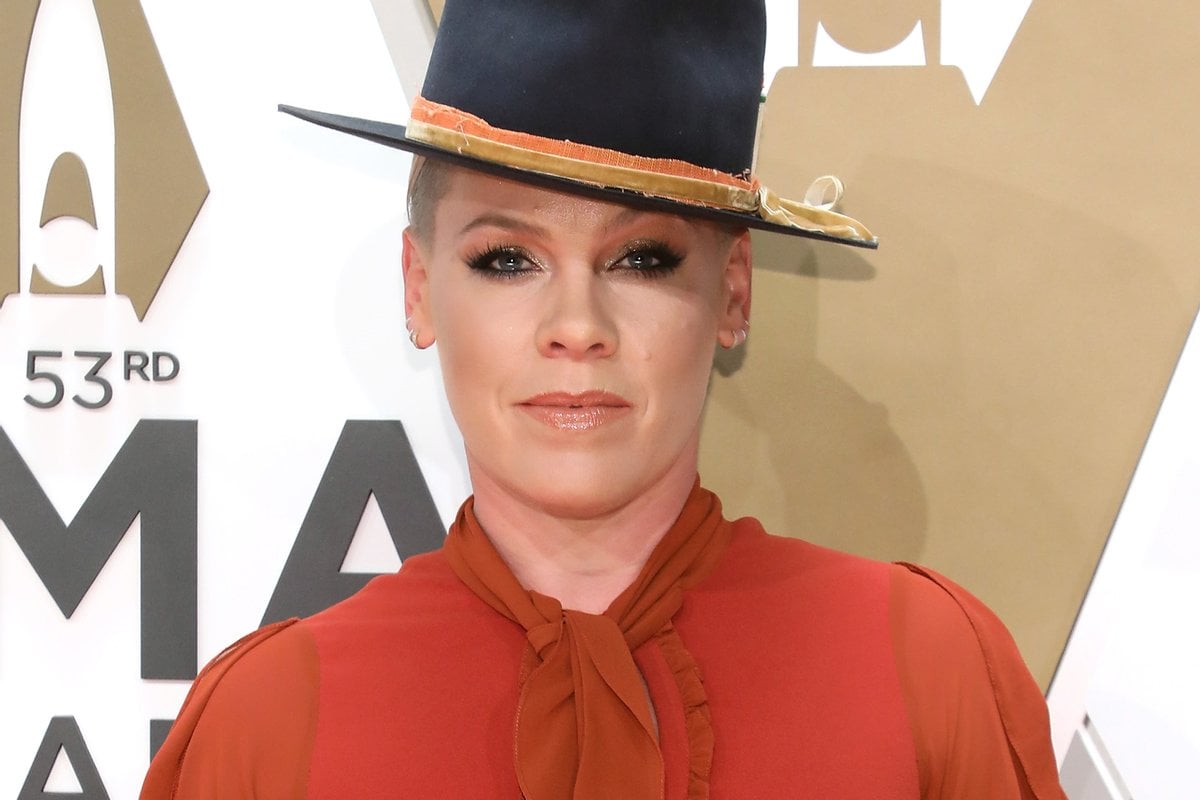 1. Pink’s ‘poop sandwich’ of a year continues as the singer ends up in hospital, again.

In an Instagram post on Sunday, the singer shared she has ended up in hospital (again) after fracturing her ankle.

"As if surviving covid wasn’t enough for this poop sandwich of a year," she began the post, perfectly summarising 2020.

"I got my stitches out from drying that wine glass, that went well. Then I recovered from my very first staph infection for no reason (cry for help?) (right knee was lonely?) so I thought I’d fracture my ankle! Later tonight I’m gonna climb inside a raw chicken and see if I can’t check out what salmonella’s like!" she joked.

"I was actually running down the stairs trying to see the Christmas star! Ha! Turns out it’s not until the 21st. Happy holidays everyone! Who wants a Negroni!"

Celebs of the likes of Reese Witherspoon and Jennifer Garner were quick to comment on Pink's post and wish her a speedy recovery.

"You are still, not that this is important, but still very cute. Please can you be extra careful now? We need you. X," Jennifer Garner commented.

Earlier this year, the 41-year-old shared that she and her three-year-old son, Jameson, tested positive for COVID-19.

"It got really, really scary, I’m not gonna lie," Pink said during an Instagram live chat in April.

Here's to Pink (and all of us) for making it through this 'poop sandwich' of a year.

Listen to The Spill, Mamamia's daily entertainment podcast. In this episode, co-hosts Kee Reece and Laura Brodnik relive the biggest entertainment stories of the year. Post continues below.

Fashion designer Rachel Zoe was left "scarred for life" after her nine-year-old son, Skyler, fell off a ski lift over the weekend.

The 49-year-old shared a photo of Skyler in hospital to "remind everyone how fragile life is and how it can turn in a minute".

"The outcome is Sky is doing great and the bravest boy I've ever known," she wrote on her Instagram stories.

Zoe went on to say that she and her husband, Rodger Berman, were "shattered and numb but woke up today with gratitude for a miracle that Sky is safe and OK". 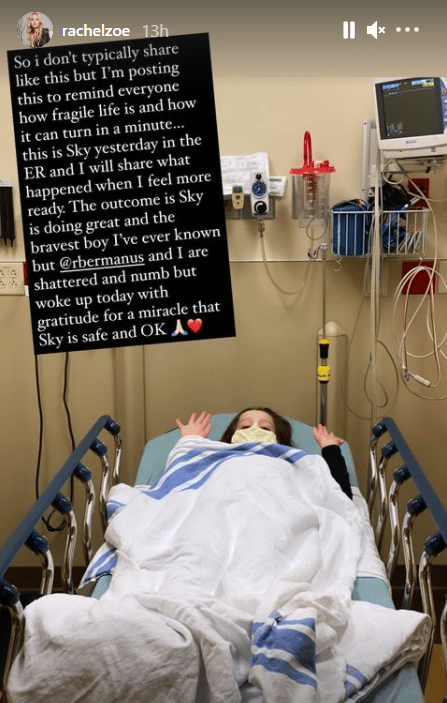 She later shared more details about the incident in a separate post, explaining the fall could have been prevented.

"Sky fell 40 feet from a ski lift yesterday which could have been easily prevented if the operator had stopped the lift when he saw Sky wasn't on from the start and @rbermanus screaming to stop the lift," she wrote.

"Needless to say by a miracle and the Ski patrol heroes who quickly put a mat under where they thought he would fall ultimately saved his life or from what could have happened."

3. Despite all the 2020 chaos, Georgia Love and Lee Elliott just bought a house together.

Although 2020 cancelled Georgia Love and Lee Elliott's wedding in Italy, it did come with a small silver lining: the couple bought a house together!

Sharing the news to Instagram, Georgia, 31, wrote, "Because launching two businesses and planning two weddings during a global pandemic wasn’t stressful, interesting or financially draining enough, we thought, 'why not buy a house too?'"

The couple - who fell in love during her 2016 season of The Bachelorette - celebrated the milestone with a bottle Dom Pérignon.

But soon after their celebrations, Georgia got an influx of followers trolling her for the purchase.

"Current situation: being trolled for celebrating the fact Lee and I combined years of savings from working out a**es off so we could buy a property," she wrote on her Instagram story.

"That's enough internet for me today thinks," she added. 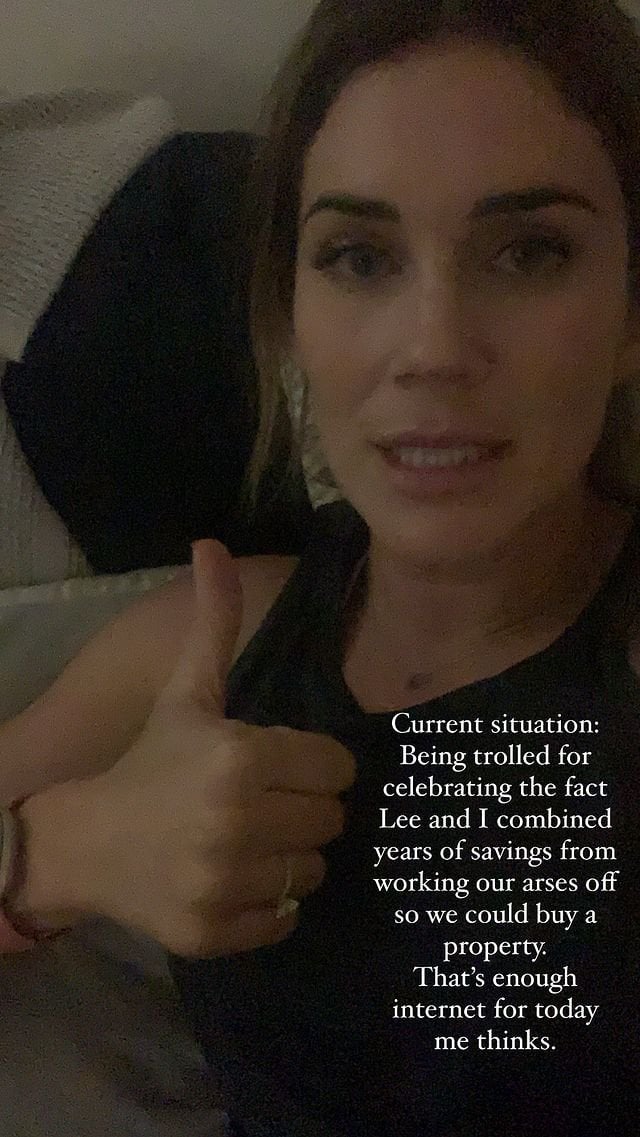 Georgia and Lee planned to tie the knot in Italy earlier year, but after the international borders shut they had to consider something closer to home.

The couple later planned a ceremony in Tasmania, but that too hasn't come to fruition.

Lee proposed to Georgia back in September 2019.

4. Umm, is Ed Sheeran treating us to some new tunes?

Ed Sheeran has treated us to some new music and thank goodness for that.

Hinting to the news on Instagram yesterday morning, the singer wrote, "11am GMT tomorrow. A Christmas present."

Later during the day, he dropped his new song 'Afterglow'.

"Hey guys. Afterglow is a song I wrote last year that I wanted to release for you. It’s not the first single from the next album, it’s just a song I love, and hope you love too. Enjoy! Have a safe and happy festive break and New Year’s. Back to dad land for me now, ciao x," he captioned the video on Instagram.

Just the Christmas joy we needed.

5. "I was rejected from The Voice. Delta Goodrem's words offstage have never left me."

I was disappointed when Delta Goodrem announced in early December that she would not be returning to The Voice Australia in 2021. The show was changing networks and, in the process, switching their judges.

As a previous contestant of The Voice, I read the news of Delta Goodrem’s departure with a sigh. 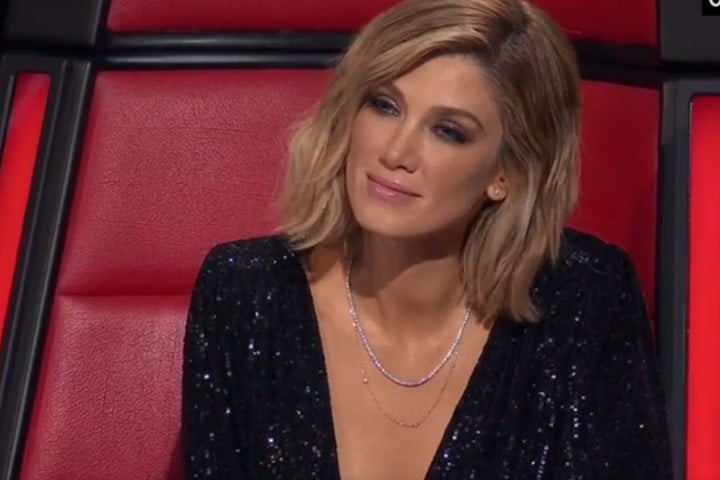 In 2019, I was asked to audition for the singing competition. When they asked me, I was ecstatic. I had watched the show since the first season and the chance to prove myself on such an influential stage was an opportunity I couldn’t pass on.

But being on the show was not what I had expected.

I had to do one pre-audition for the producers before the actual blind audition. Here, we rehearsed my blind audition song and I did a few interviews with producers. They asked me what my coach preferences were, presumably so they could work out who would be on each team. I told them I would choose Goodrem first, Boy George second, Guy Sebastian third and Kelly Rowland fourth. They reminded me to tell them if my preferences changed.

Everything seemed very carefully crafted. During the interviews for camera, one of the producers came down and told me that I was doing a great job but they needed more energy from me. It seemed I wasn’t being dramatic enough for them. My mum and sister were even asked to gape at a photo of Goodrem on the wall. The producers must have told me ten times backstage to make sure I fawn over Goodrem when I talk to her, even if no chairs spin.

Then, it came time for my blind audition. I was on the last day of auditions so the teams were almost full. I sang ‘Jar of Hearts’ and although it was a nerve-racking experience, I was really proud of my performance. Technically, I thought it was one of my best. Alas, none of the judges turned their chairs.

I gauged the reaction of the coaches after I had finished. They were all pleasant but their interactions were quite dull, without the usual theatrics you see on television. Boy George gave me some feedback, saying he really liked the end of my performance. Guy Sebastian said he liked my fight, and Kelly Rowland asked if I enjoyed being on stage.

I assume that Goodrem saw the disappointment in my eyes. It was pretty disheartening to give my all to a performance and come away with nothing. As I was about to walk offstage, Goodrem decided to come backstage with me. When the cameras stopped rolling, she greeted my mum and my sister before having another chat with me. She encouraged me to continue singing and said she wished she had turned her chair. She made sure I was alright, before she returned to the stage.