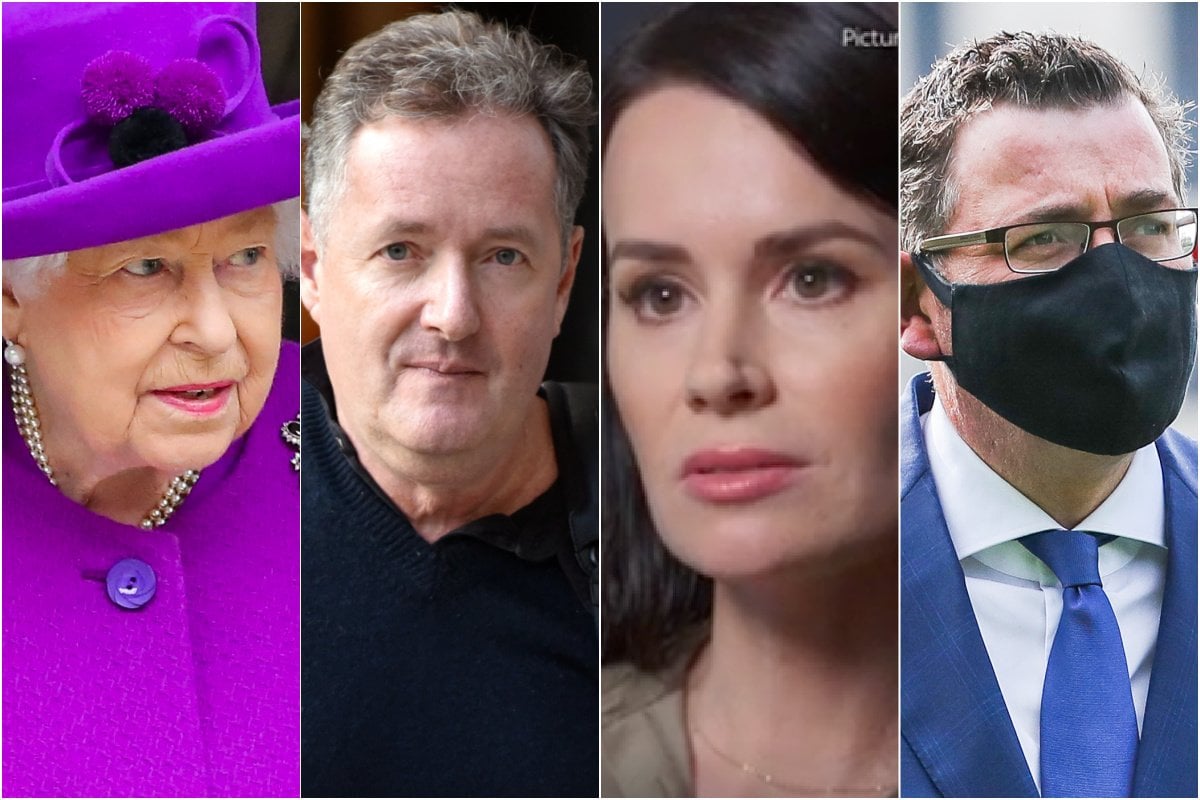 Queen Elizabeth says the royals are saddened by the challenging experiences of her grandson Prince Harry and his wife Meghan and promised to privately address claims about a racist remark about their son.

Meghan, in an interview with Oprah Winfrey aired on US television on Sunday, accused the royal family of raising concerns about how dark their son Archie's skin might be and ignoring her pleas for help while she considered self-harm.

"The whole family is saddened to learn the full extent of how challenging the last few years have been for Harry and Meghan," Buckingham Palace said in a statement issued on behalf of the Queen.

BREAKING: Buckingham Palace releases statement on behalf of Queen Elizabeth following Prince Harry and Meghan's interview, saying, "The whole family is saddened to learn the full extent of how challenging the last few years have been for Harry and Meghan." https://t.co/6k5NR1em41 pic.twitter.com/TCekWLqQau

"The issues raised, particularly that of race, are concerning. Whilst some recollections may vary, they are taken very seriously and will be addressed by the family privately.

"Harry, Meghan and Archie will always be much loved family members."

Prince Charles was questioned about the interview while visiting a church in London the morning after the UK watched the tell-all.

According to The Express's royal reporter Richard Palmer, Prince Charles "chuckled and carried on walking."

Prince Charles has laughed off Harry and Meghan’s interview. At the end of a visit to a predominantly black church in Brent Cross, north west London, today he was asked what he thought of the interview. He chuckled and carried on walking. Early copy here https://t.co/odCxIq8W62

Federal Health Minister Greg Hunt is in hospital suffering from a suspected infection, although his condition is not believed to be linked to getting a COVID-19 jab on Sunday.

The 55-year-old Victorian Liberal MP has spent the night for observation and will take antibiotics and fluid while in hospital.

The minister's office says he is expected to make a full recovery.

His hospitalisation comes as fellow federal ministers Christian Porter and Linda Reynolds are away on leave amid separate rape allegation scandals.

Three cabinet Ministers are off sick. Greg Hunt now in hospital. It is not considered related to the vaccine. pic.twitter.com/Dlx94ZmLaq

Victorian Premier Daniel Andrews was also admitted to hospital on Tuesday after suffering broken ribs and damaged vertebrae after he slipped on wet stairs while getting ready for work. He is currently recovering in a specialist trauma unit.

"A CT scan has revealed several broken ribs and vertebrae damage, and subsequent medical advice has recommended I remain in intensive care for the next few days," he said in a statement.

I hope to be able to provide another update later this week. @JamesMerlinoMP will serve as Acting Premier while I recover over the next few days. For now, we'd like to ask that our family's privacy is respected.

The morning show host stormed off the set of the news program on Tuesday following a heated discussion with his colleague Alex Beresford about the Prince Harry and his wife Meghan's TV interview with Oprah Winfrey.

So @alexberesfordTV defends Meghan on @gmb and criticises @piersmorgan for what he’d said about Meghan’s mental health.
Piers walks off the set.
Surely Piers knows if you give it, you gotta be able to take it?pic.twitter.com/gmoNjMxiQy

"Following discussions with ITV, Piers Morgan has decided now is the time to leave Good Morning Britain," a statement from ITV said.

The UK media regulator launched a probe into Monday's episode of the program after receiving 41,000 complaints about comments made by Morgan.

His comments, about Meghan's discussion about her experience with mental health, were criticised by the mental health charity Mind.

Australian academic Kylie Moore-Gilbert wanted the world to know she had been arrested and held in solitary confinement in Iran, but the Australian government persuaded journalists not to publish the story.

The academic was arrested in Tehran in September 2018, then sentenced to ten years' imprisonment on espionage charges.

Her name was not published in the media for the first year of her detention.

Snatched at the airport, bundled into a car, a week of around the clock interrogation and thrown into a 2x2m solitary confinement cell. That was just the beginning. Dr Kylie Moore-Gilbert's extraordinary story tonight on Sky News at 7pm. pic.twitter.com/4oA6VcGjrn

At one point, Dr Moore-Gilbert was able to extract a phone call with her father after she escaped onto a roof of the notorious Evin prison on the outskirts of Tehran.

"I was sort of panicking and screaming and upset," she said.

She believes that if her case had been publicised she would not have been given a ten year sentence, which was the maximum available for her charge.

A Victorian magistrate has been counselled after suggesting a rape victim had experienced "buyer's remorse".

The target of magistrate Richard Pithouse's comments says they were "devastating" and "horrible" to hear. She does not think he should keep his job.

Mr Pithouse has "acknowledged the shortcomings of his approach" after undergoing counselling following an investigation by the Victoria's Judicial Commission.

He was found to have "infringed the standards generally expected of a judicial officer" while overseeing a compensation case relating to a rape at the Victims of Crime Assistance Tribunal.

He suggested the victim had experienced "buyer's remorse" after being told she called a sexual assault crisis line the morning after the incident.

Mr Pithouse also remarked "intoxication is not an excuse for the purposes of the tribunal" and said the woman had "put herself in that position".

In another case, Mr Pithouse made inappropriate comments during a bail application by an accused family violence perpetrator.

The victim had not made a statement and Mr Pithouse responded: "Well, it's her right to get beaten up if she wants to, I suppose, but, yes, go on".

- World Rugby has confirmed that the women's Rugby World Cup in New Zealand has been postponed to 2022, and announced a funding package to assist teams.

- An advocacy group says 60 protesters have been killed and 1800 detained in Myanmar as demonstrations against the recent military coup continue.

- Trevor Peacock, who starred as Jim Trott in the UK comedy The Vicar Of Dibley, has died. He was 89.

Reply
Upvote
9 upvotes
Hunh, Piers Morgans rage at Meghan Markle finally destroyed him. Talk about being able to dish it out but not take it.
R
rush a year ago

Reply
Upvote
1 upvotes
@cat hey, at least one good thing came out if that interview!
C
cat a year ago

Reply
Upvote
1 upvotes
@rush its a better outcome than I could have imagined.
K
kat_ a year ago