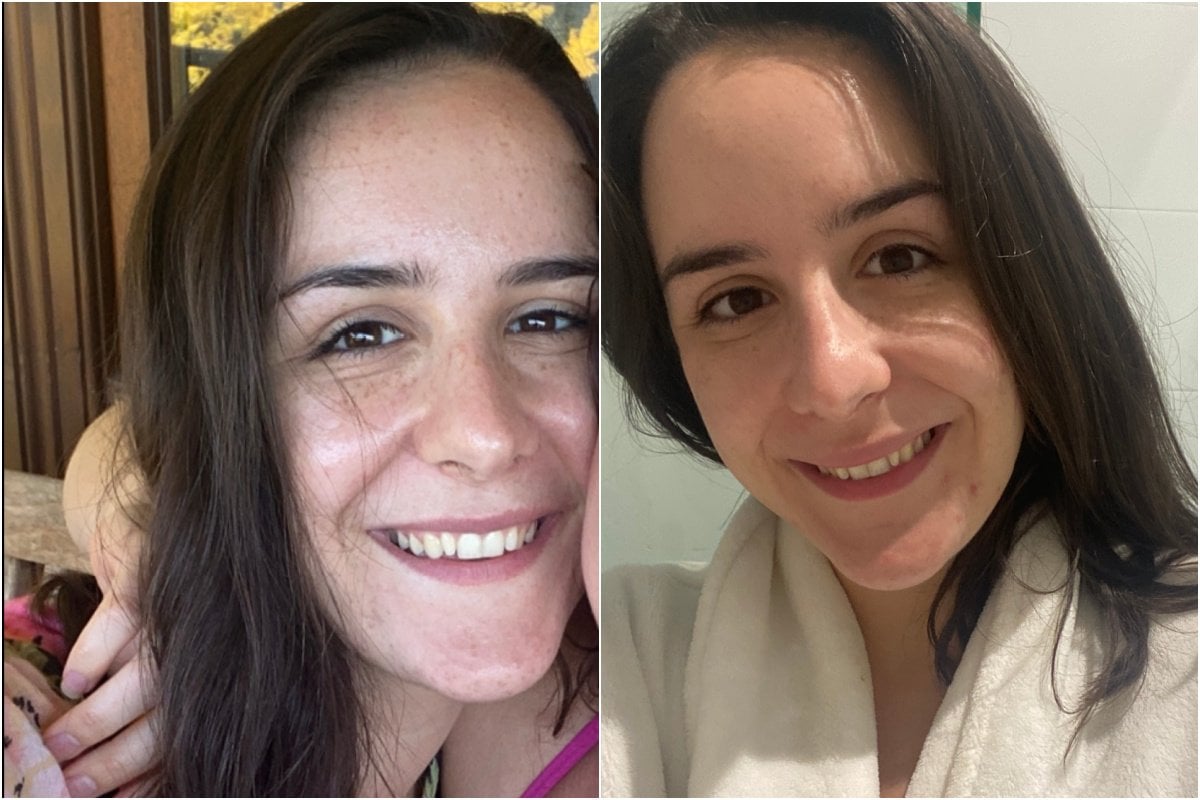 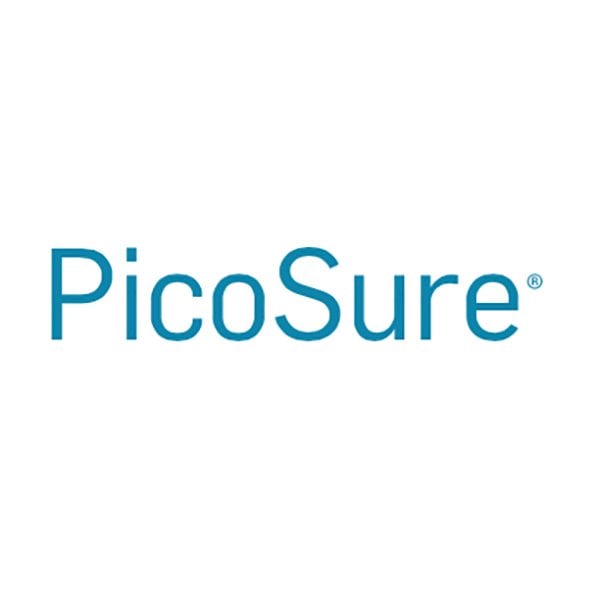 Thanks to our brand partner, PicoSure

Pigmentation, acne, acne scarring, melasma, redness. All common skin concerns that anyone with a face is likely to experience at some point in their life.

If you’re as lucky as me, maybe you’ve experienced all of them at the same time. There are lots of things you can do and products you can buy in the hopes of treating these concerns, but after years of being a diligent skincare student/user/purchaser, I started to feel like I needed something with - honestly - a little more oomph.

Pigmentation and scarring are the real Tauruses of the imperfection party, known for being aggressively immovable and stubborn. So while there are plenty of products tailored towards these particular concerns, none of them will work as quickly and effectively as PicoSure laser rejuvenation.

“Pico-what-now?” you ask. Fear not. PicoSure involves new laser technology that works more efficiently than other laser toning treatments. It uses photo mechanical energy with very little heat and delivers energy pulses at what I’m told is an ‘exceptionally’ rapid rate. Super speedy bursts that break the pigment down into tiny particles. Your immune system then works to remove the pigment naturally. As in, your body literally banishes those face spots you don’t want through the power of... a laser.

Because this technology is so wizz-bang, results can be achieved more comfortably, with minimal side-effects and with fewer treatments than any other laser.

That means it’s also good news for anyone who might have experienced Post-Inflammatory Hyperpigmentation (PIH). That’s something caused by trauma to the skin, such as a thermal burn. PicoSure uses less heat than other lasers, so it means less risk of PIH. It can also actually be used to treat the effects of PIH caused by an inflammatory disorder or even other laser treatments.

In a nutshell, it’s a magical zappy wand that will give you clearer, brighter, more even skin. And how do I know this? Because I DID it. And it was great. 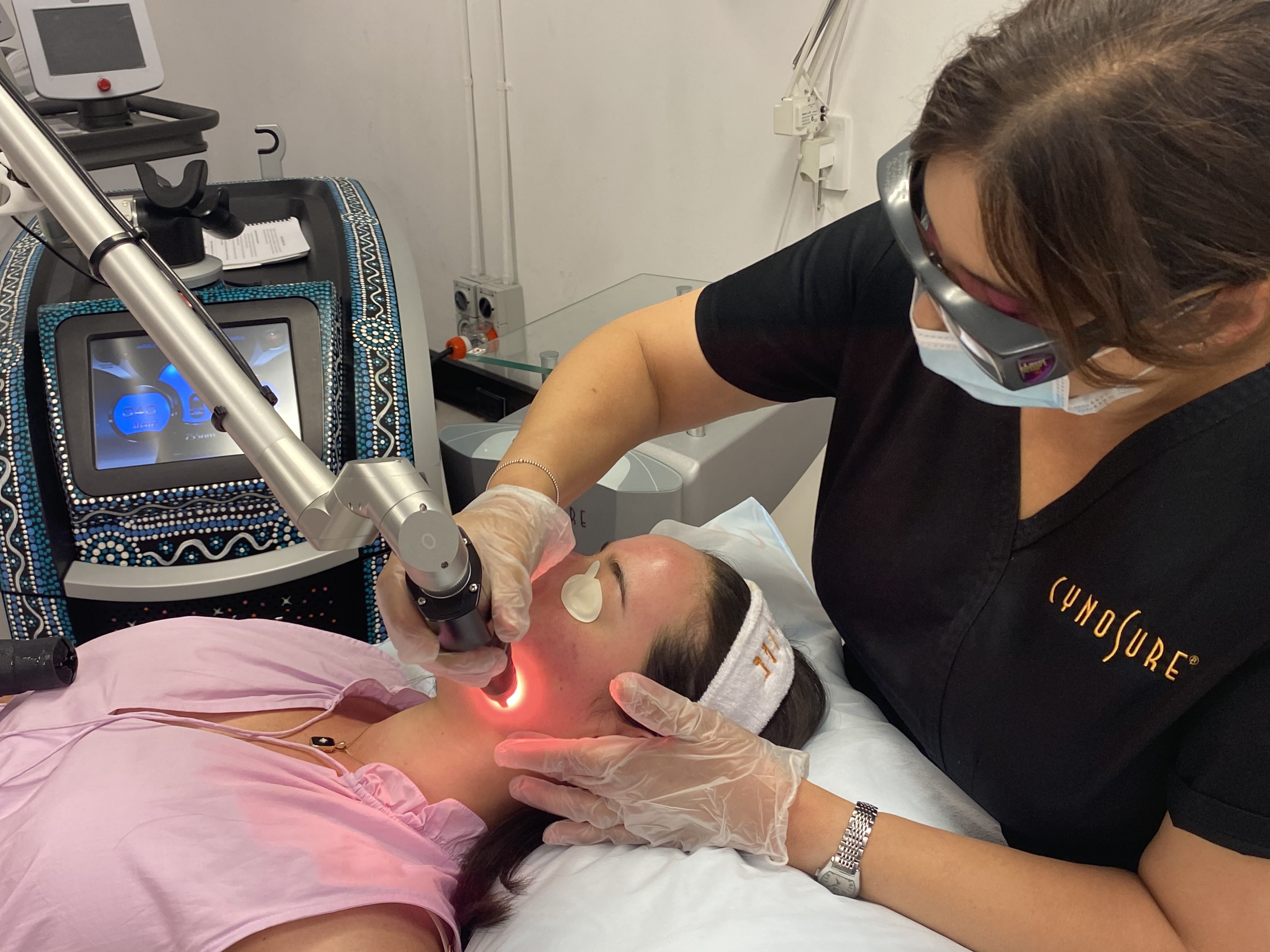 What PicoSure did for my skin

I have olive skin and lots of freckles. I always have. When I was younger, I was embarrassed about them. Nowadays, I try to love them. I love them in other people, and on Instagram filters, but mine are all different colours and sizes and it’s the unevenness and patchiness that has bothered me.

PicoSure isn’t trying to say freckles aren’t cute, or that you need to get rid of them, but it’s helped me feel more confident about mine, just by dulling them enough to feel like the texture of my face is more balanced, or evened out.

I also have acne scarring across my cheeks and jawline from years of not being able to resist popping pimples. All that redness and uneven skin tone has improved so much. I look brighter and clearer.

How To Sort Your Saggy Neck Skin 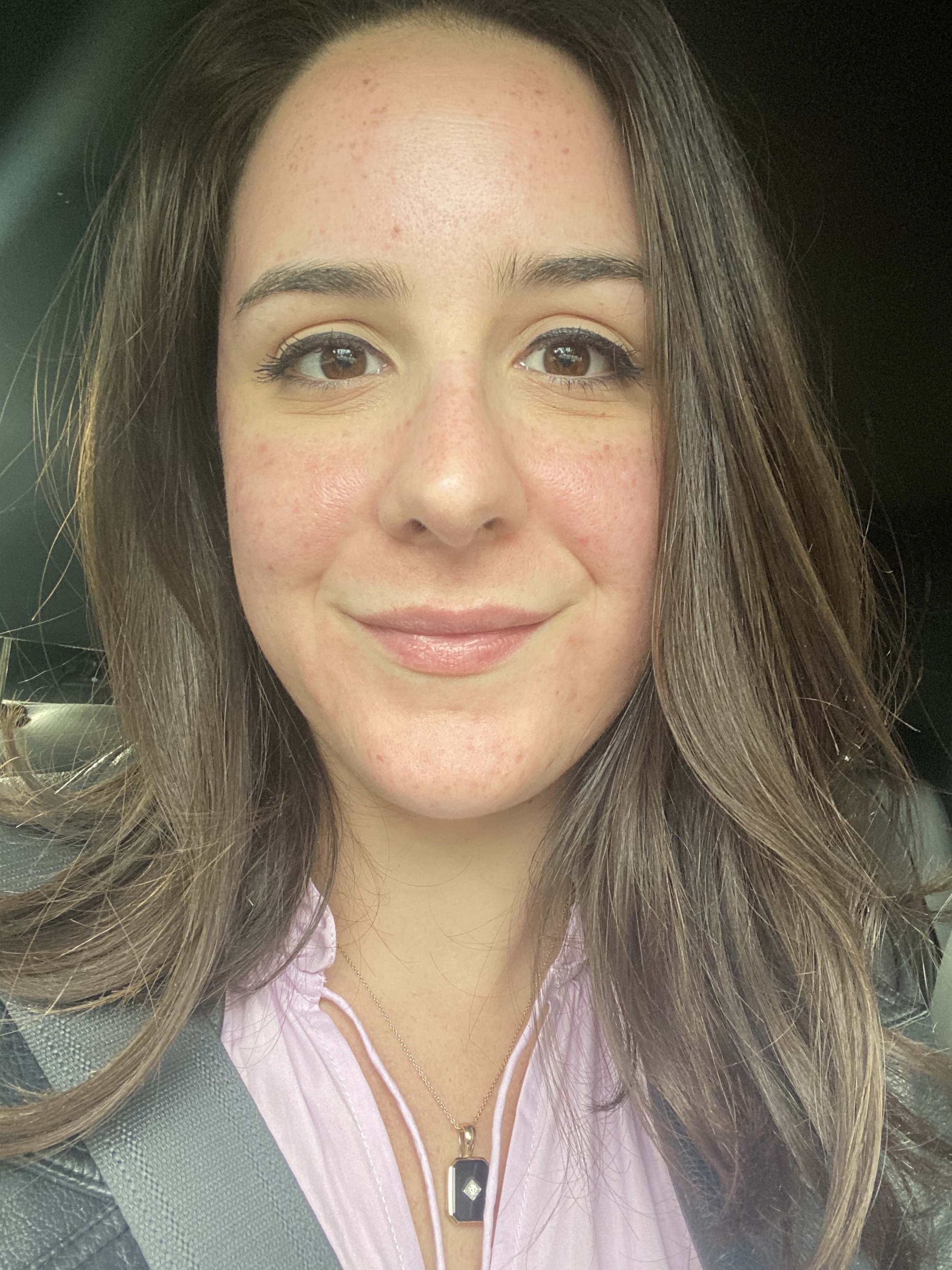 As I’ve gotten older, dark patches have formed around my mouth, down towards my chin. I’ve been so happy with how the pigmentation in this area has cleared since I started the treatments. The pigmentation in this area has completely disappeared since my first two sessions. PicoSure recommended doing three sessions, and if after two I’m already seeing huge changes and improvements in my complexion, I guess I’m probably going to turn into Jennifer Hawkins after session number three?

Then there's my pores - thanks for asking. They are SO much smaller. It’s a bonus I was not expecting and one I'm thrilled about.

Everything seems smoother. I’m even finding makeup is sitting better and lasting longer. It’s been weeks since I’ve had one of those confronting afternoons where you go to the office bathroom, stare at your reflection under fluorescent light, gaze hopelessly at the patches on your face where foundation had once been applied, but has since sunk deep into the sad, tiny, cavernous holes of your nose pores. Weeks!

What to expect from PicoSure

But what to expect in one of these sessions? Well, I would recommend numbing cream. The lovely clinician who’s been administering my treatments offered it to me before my first appointment. It takes about half an hour to take effect, so if you’re in a hurry, grab some from your local chemist and DIY before you go in. Thank me later.

If you’ve ever had laser hair removal, it’s a similar sensation, like an elastic band flicking your skin. But don’t let that put you off. The treatment goes very quickly and you get to rub this wondrous frozen rolly thing over your face afterwards (pictured) for as long as you like. It’s so soothing. Honestly, do the treatment just to try this roller. Like where can I get one for my freezer at home? They’re heavenly. 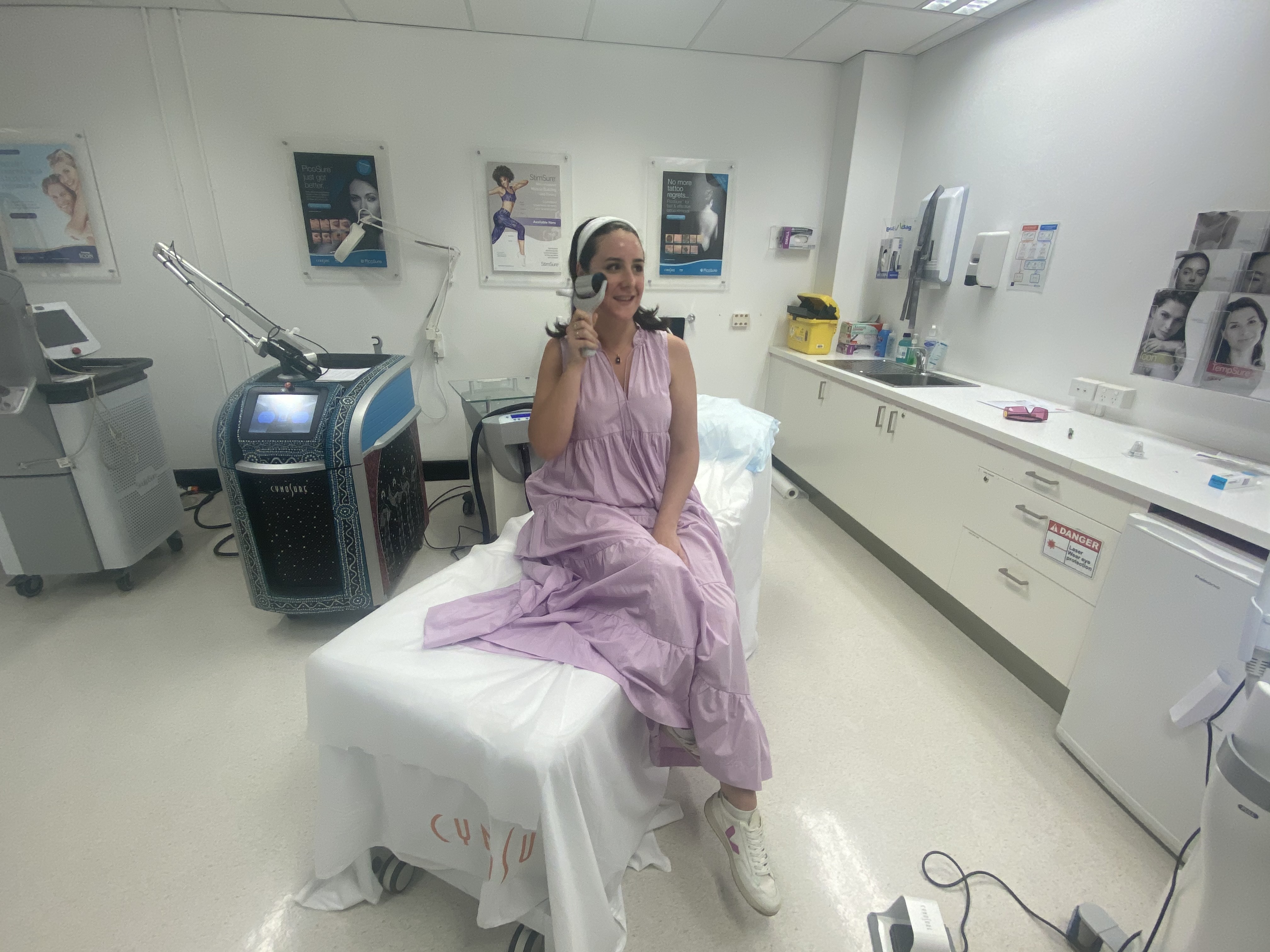 This roller is a must! Image: Supplied.

It’s also really important you aren’t using actives in the weeks leading up to your treatment, and immediately afterwards. That means no retinol, AHAs, BHAs, and so on.

This is something I struggled with, and I have been experiencing minor breakouts in between treatments. It’s hard to tell if this is from the laser itself or me pulling back on skincare products with active ingredients that keep my blemishes in check. Either way, I have more than a decade’s experience when it comes to practicing acceptance over unpredictable breakouts, and I know my skin will rebalance and calm down again very soon.

What to do after your treatment

Other things to note if you’re considering PicoSure: don’t make plans to go and lie on the sand or do anything that will expose you to direct sunlight too often. The whole point of PicoSure is to reverse a lot of the nasty efforts of the harsh Australian sun. If you go back in it after a treatment, you’ll essentially undo the session. You’re also going to be very red after your session so don’t make plans that night. You’ll need to avoid makeup for 24 hours so that may be an important consideration in scheduling an appointment around your other commitments. My redness went down completely after a few hours, and after my second appointment my skin calmed even faster, but give yourself time to de-beetroot. 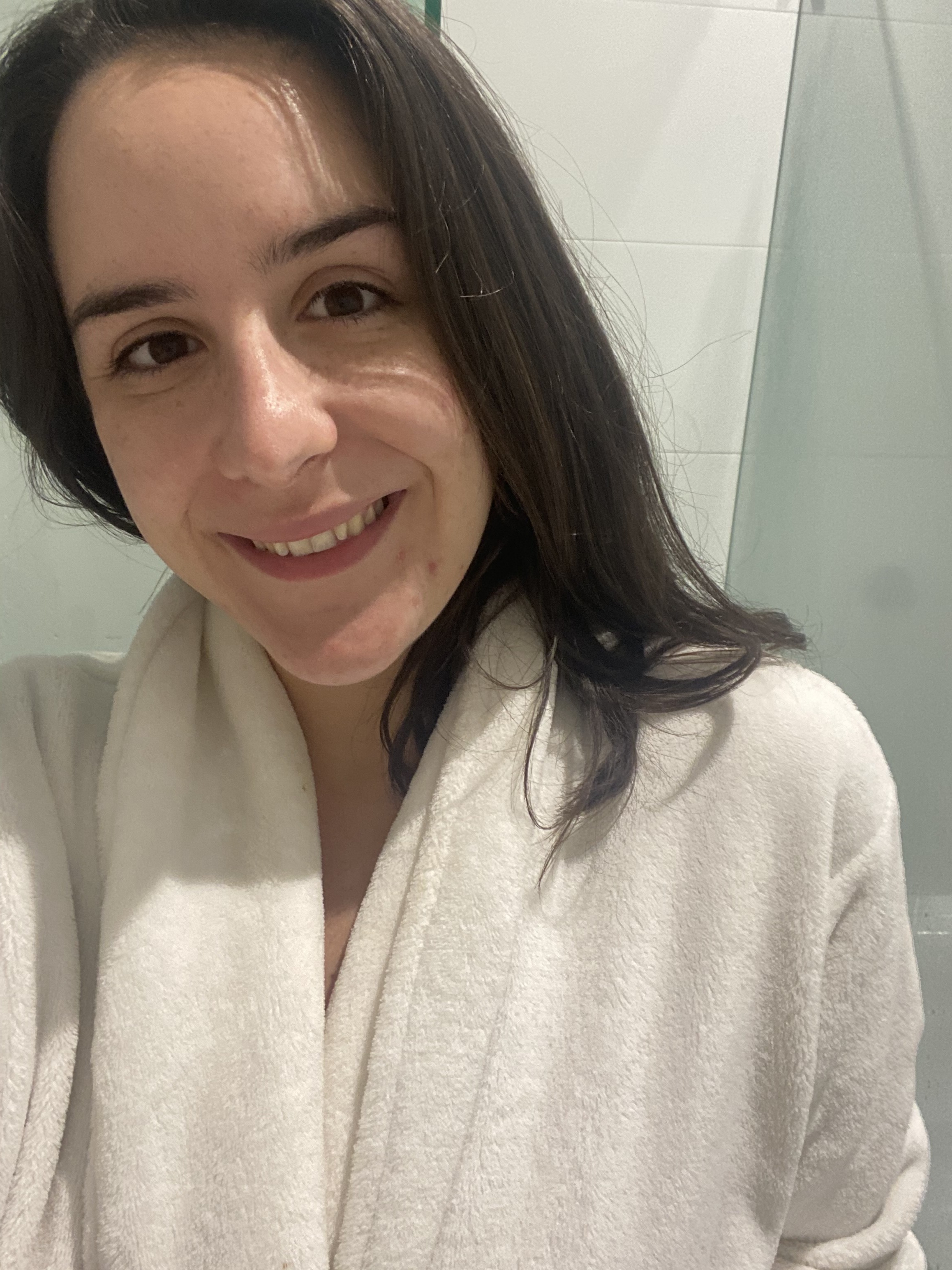 My spots, freckles, and concerns haven’t disappeared entirely but my skin tone and texture has improved significantly. All spots have faded, some have completely disappeared and overall, I know my skin looks better.

I feel genuinely ‘glowy’ after the redness of each treatment wears off. I have never felt ‘glowy’ in my entire life.

Of course, no one needs this kind of treatment. Your imperfections are what make you beautiful, or something John Legend said. But if you’re sick of stubborn skin concerns and wasting time, money and energy on a myriad of products that might work in six months, believe me when I say this treatment is the real deal.

PicoSure with the FOCUS Lens Array harnesses the power of picosecond technology and delivers ultrashort pulses to the skin, stimulating the production of new collagen and elastin. This process will effectively take years off your skin! PicoSure with the FOCUS Lens Array offers the very latest in laser technology for the revitalization and rejuvenation of the skin. PicoSure Skin Revitalisation treatments are quick and easy, non-surgical and non-invasive treatments that dramatically improve the appearance, tone and texture of the skin with minimal discomfort and downtime.