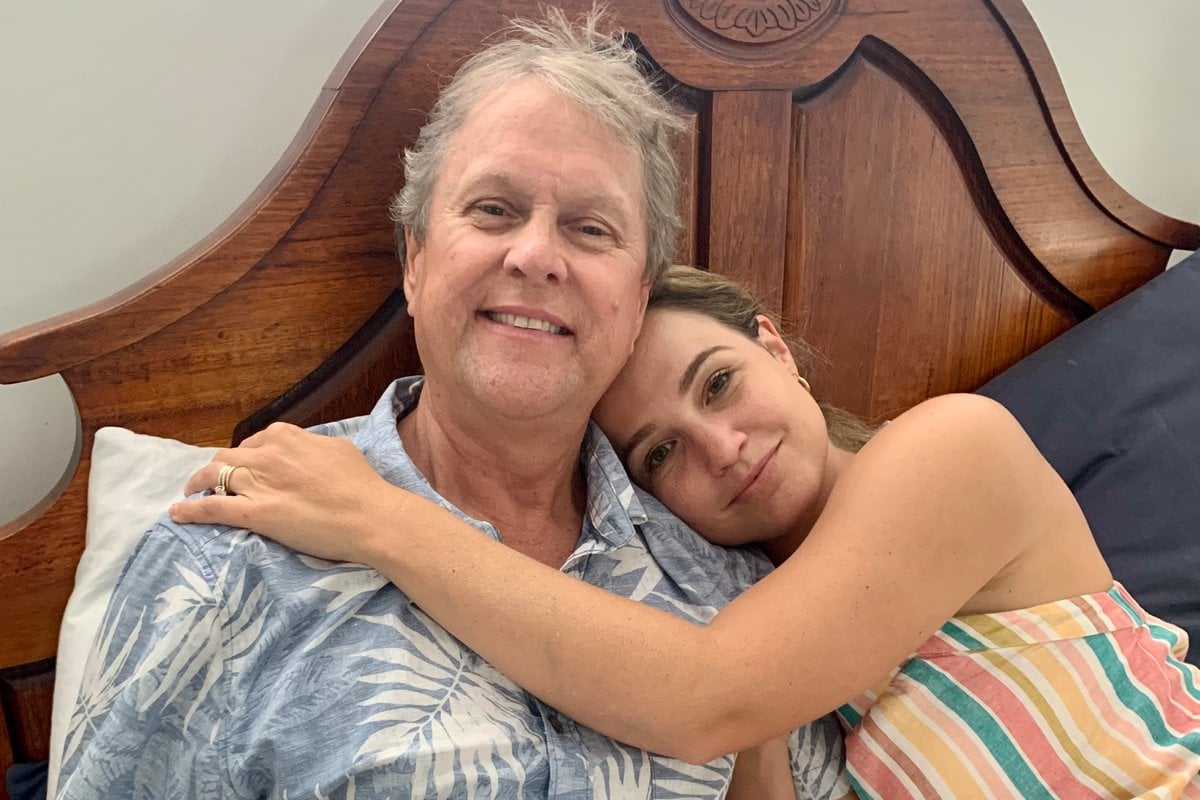 When a parent dies, it’s so incredibly hard to comprehend that you will no longer create another memory with them. This is a person who taught you everything you know; someone who has been there at every major life event.

No matter how much warning you receive that they’re going to die, it still hits like a tonne of bricks when it actually happens.

Even if you actually see them die in front of you, you’re still likely going to be shocked by the fact you can no longer cuddle them or share further memories.

Watch: Robin Bailey on losing her dad at a young age. Post continues below.

But boy, was he unlucky. Seriously, someone would’ve had a better chance at winning the lotto twice than going through what my dad endured.

In 2017, Dad was diagnosed with a stage 4 prostate cancer that was incredibly rare; only 47 cases recorded in the world. No one had lived past five years.

He had been complaining about back pain for years, but his PSA readings had continually come back as normal.

Further examinations showed he had a deadly cancer, adenosquamous carcinoma of the prostate, but it’d already breached the organ. It was likely in his blood.

It was exhausting, but mostly he did it with a smile on his face, wearing comically colourful socks, ensuring it wouldn’t get us down. His positivity gave us hope that maybe, just maybe, we’d find a cure. Or perhaps even a miracle would occur? We’d read about other people’s miracles, so why couldn’t our dad have one?

It was a rocky road, with cancer popping up in various areas, but he was defying the odds of his predicted life expectancy. He even got to meet two of his adoring grandchildren, my two boys, who kept him very occupied.

During this time, he even recorded four albums, which are now on Spotify. A self-taught artist, the songs are all written, played and recorded by my dad in his home studio.

In his previous academic “Professor” life, he wrote and published hundreds of research articles.

I thought perhaps he’d go on to do so much more.

But then, the unthinkable happened.

Dad had been in a small car crash. He was confused and disoriented.

Mum decided to take him to the hospital for a CT scan.

I will never forget the day. December 28, I was playing cricket in our backyard with my family when my dear mum called me.

Low and behold - another rare, primary stage 4 cancer, but even deadlier than the first. An enormous butterfly glioblastoma. The ‘butterfly’ aspect means it’s covering both sides of the brain, making it even harder to treat.

How could one amazing man be so unlucky? He wanted to live more than anyone I knew. He still had so much more to offer.

From then on, every day was a struggle for Dad, however, when I came over to their house every second day with my two little boys, he’d muscle up every bit of energy he had to play with them. Even swim in the pool at times.

We often spent time laying on his bed, cuddling him and showering him with love.

He could barely walk or see out his right eye, yet my dad would do everything humanly possible to have more special moments with my boys. Being “Poppa” was one of his favourite roles. 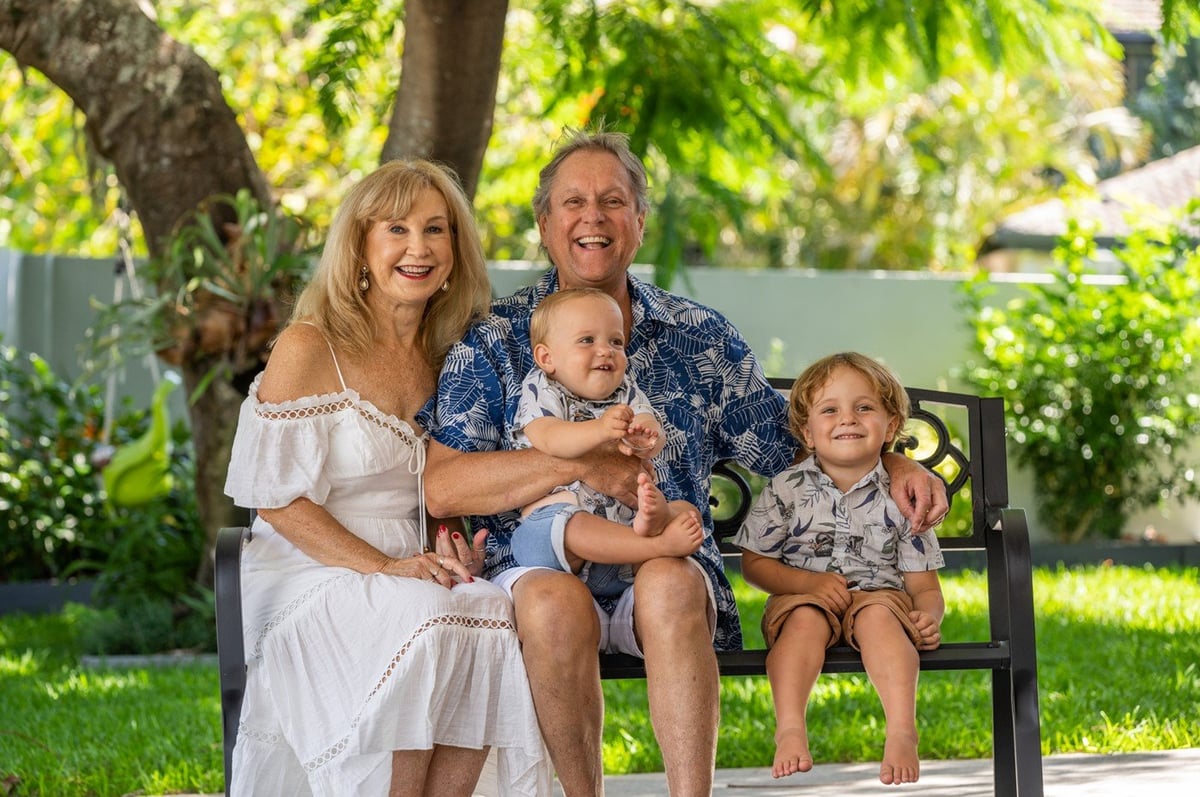 Words can’t fully describe how wonderful, exhilarating and beautiful this man truly was - he exuded an excitement for life like no other.

Dad had a seizure while I was cuddling him. He had only just finished reading a book to my boys. Two days later, he died in hospital with my mum, brother, sister and me by his side.

We knew he was dying, yet when he died, we still couldn’t comprehend that we’d never see him again. Why were we still so shocked? 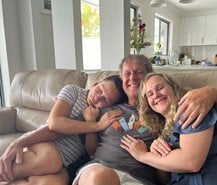 We hadn’t seen anyone outside our immediate family in months, but it was a small sacrifice to make - none of us wanted to ‘be the person’ who gave dad COVID-19 and potentially fast-tracked his death. I worked from home and my kids didn’t go to childcare.

That day when we came back from the hospital, one person down, now just the four of us, we invited some family over to help ease the pain.

This is my first real experience with grief and for those who may go through it for the first time as well, here’s what I have learned so far:

Sometimes, you may feel fine, particularly when you’re distracted. Other times, it will make you sick to your stomach. Someone may ask a simple question like “how are you?” and it could very well set you off.

Grief can control your entire body, from feeling physically sick to being exhausted all the time. Strange things may start to happen to your body – for me, I get bouts of nausea and have tinnitus from stress.

People are so kind and want to help, but no one is going to be able to make the pain go away.

4. People may make you feel angry

I feel robbed of time, like many do when they lose a loved one. People say lines like “I know how you feel”, or “It’s not as bad as....” Try to understand that these sentences have good intentions; they come from empathy and not knowing what to say.

My dad was not a religious man, and neither am I, so what I’ve been grappling with is “an eternity of nothingness” for him - the man who I knew as being full of life.

The scientist in him knew that energy can’t be destroyed – humans have energy and therefore, his energy will be around us. I take comfort in that.

Technology also makes it easier for us to remember those who pass. My little boys, who are one and three years old, watch the dozens of videos we recorded of their “Poppa” and talk to him – none the wiser that he is no longer physically here.

Peter Brian Hudson was more grateful to be alive than anyone I knew. I know people die younger, but I still feel like I’ve been robbed of time.

Since his death on March 1, I have listened to his albums – and wow – my dad has left us so many beautiful messages.

“Live your life your way” being one of the main messages to come out of one album. Dad lived every day like it was his last. He never took anything for granted. It was like he had more time, with the amount he crammed in his 65 years.

Hundreds of people attended and watched dad’s funeral. Even an Italian man who sound mastered dad’s songs watched via Zoom – they hadn’t met, but he said he considered Dad a friend.

I will never know why my dad was dealt such s**tty cards – maybe it was so I could remind you all how precious and short life truly is?

From here on out, I’ve made a pact that I am going to make sure my dad is remembered passed 100 years, through my kids, and theirs ... because he deserves that.

“Every day is a gift and I can’t wait to see what it holds” – Peter Brian Hudson. 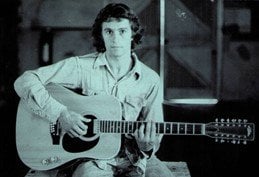 Reply
Upvote
My Dad passed away in Nov 2021 after a 8 month battle with glioblastoma. So much of this resonates with me. The grief is something that we deal with on a daily basis, I was surprised how physical grief can be and that the smallest things can be the biggest triggers. All we can do is take life day by day, they'll always be in our hearts. Thank you for sharing.

caz a month ago