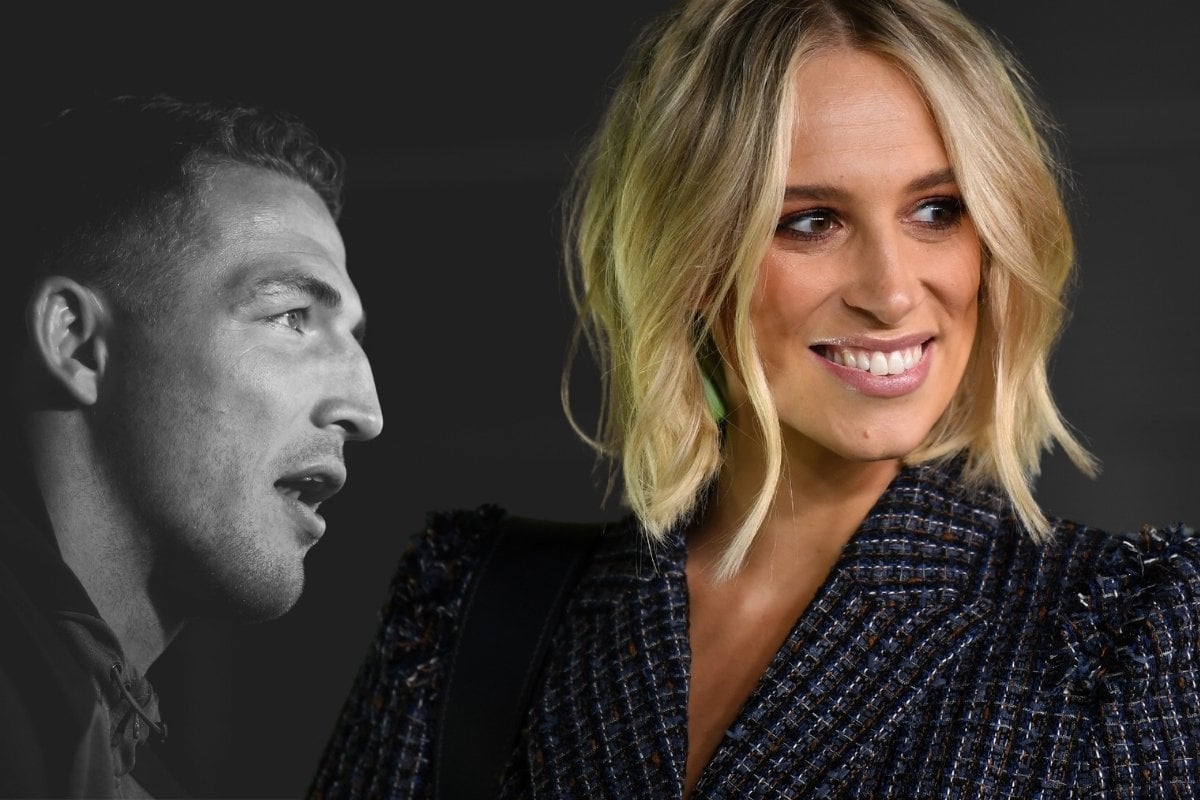 Phoebe Burgess carried her ex-husband's two beautiful children, his last name, and the weight of his demanding football career. But like many women who've been in relationships with disgraced Australian sporting stars, she's also been left to shoulder the burden of his misdeeds.

The journalist-turned-influencer's former spouse, Sam Burgess, was one of the NRL's golden boys until a string of questionable and criminal behaviour spelled an end to his career and his marriage.

It began in 2018, when the South Sydney Rabbitohs star was accused of exposing himself to a female fan while on a video call. He was ultimately cleared of misconduct by the club and the NRL Integrity Unit.

He was then revealed to have had a weeks-long affair with a Melbourne woman while captaining England in the Rugby League World Cup in 2017.

Come 2020, he faced court on an intimidation charge after a heated verbal confrontation with Phoebe's father, Mitch Hooke, a year prior. He was initially found guilty, but the conviction was overturned on appeal after a judge concluded it was "the word of Burgess against the word of Hooke" and the burden of proof had not been met.

In May, he was convicted of driving with cocaine in his system after being pulled over on his way to visit his children in the NSW Southern Highlands. He was sentenced to a nine-month good behaviour bond and a traffic offenders program.

In spite of all these transgressions, today, Sam is well and truly on the path to public redemption. During a recent stint on Channel 7 reality show SAS Australia, he was given a platform to demonstrate tearful remorse for his behaviour.

"The last 18 months, I felt like a loser. My marriage broke down. I’d just retired from sport. My ex-father-in-law had taken an AVO against me... Two days after I retired, I separated my marriage," he said on the program.

"I don't think I was the greatest husband at times. I embarrassed my wife."

Phoebe Burgess was photographed by Hugh Stewart for the cover of the Weekend Australian Magazine. We caught up with Phoebe during the shoot to ask why she’s agreed to speak now - and she has a powerful message for women.
⠀
Read the story here: https://t.co/xpumNvlXwx pic.twitter.com/YLOu14Gf71

She chose to give an interview to The Weekend Australian Magazine, which was released on Saturday, in order to share her version of events. She detailed concerning allegations about Sam's conduct, about a culture within the NRL that suggests women are disposable, and about the code's efforts to keep it all under wraps.

But she also painted a familiar picture of the punishment she received as his partner and how the public turned on her.

Recounting her experience at a 2018 preliminary final match shortly after the sexting scandal broke, she said she was "heckled by the crowd, drunk people asking me if I wanted to FaceTime, and asking me where my husband was and, you know, was it his baby? [Phoebe was pregnant with their first child at the time.]

"It was demeaning and humiliating," she added.

In the days that followed, Phoebe was admitted to North Shore Private Hospital, amid concern her baby had stopped moving. She was 26 weeks pregnant and in the midst of a mental health crisis.

"I had pushed through so much shock, pain, trauma, deep humiliation that I had simply existed, but barely functioning to the point I was shutting down," she wrote in an Instagram post last year.

"I had stopped engaging, smiling, eating or drinking or sleeping. I didn't pass urine for nearly two days.

"It was the starting point to my mental health journey — being able to check in with my 'ok' barometer helped me cope with what was waiting for me in the years ahead."

With each of her ex-husband's scandals, Phoebe was also forced to retreat from public life — which is precisely where she derives her income. She had to cancel or postpone commitments with brands typically eager to pin their name to hers and access her loyal, 80,000-strong Instagram following.

This proxy punishment is typical of the way our culture deals with betrayal by its sporting 'heroes'. We are apparently that let down, that rather than sympathise with the innocent women in their lives, we drag them up onto the gallows beside them.

When the former Iron Woman's husband, Australian cricketer David Warner, was involved in an altercation with a South African competitor during the 2018 test series, fans retaliated by dredging up a years-old incident (prior to her marriage) in which she'd been unknowingly recorded having a consensual sexual encounter with NRL player Sonny Bill Williams in a public toilet cubicle.

"I turned up to the game [in Cape Town] and, all of a sudden, there were people wearing [Sonny Bill Williams] masks, there was a songbook written about me that was handed around the crowd," Candice told Mamamia last year.

"It was humiliating. It was so hard."

It's little wonder these women choose to speak up, to reclaim the narrative they've been hauled into through no fault of their own.

Phoebe Burgess told The Australian that while she anticipates backlash for leveraging the media (football forums and social media comments have long been littered with accusations that she's attention-seeking, exploiting Sam's struggles, and so on), she hopes to play a role in shifting the culture of the NRL, one that she believes leaves wronged women pressured into blind support or shamed into silence.

"I want to challenge some very powerful people to look at their own behaviour," she told the publication, "to look at the way they handled the situation, the role they played in all of this."

But privately, she also wants to ensure her children, aged two and four, absorb a critical message as well: "They are growing up learning what it means to have empathy and to be responsible for your behaviour and how it affects the people you love."

Reply
Upvote
That 'Blind support' had kept this tragic relationship going! I'm proud of her for speaking out, it wouldn't have been an easy decision. All strength to Phoebe!
S
saumur 7 months ago