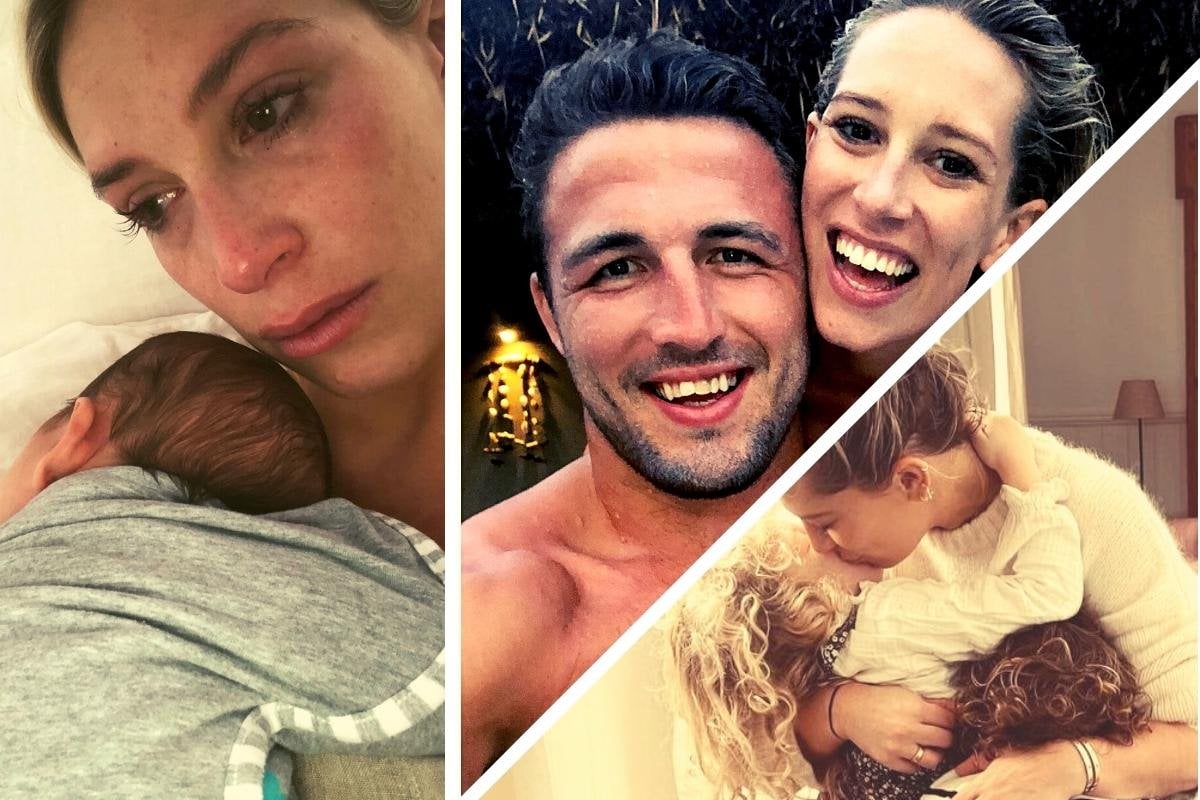 If you looked at Phoebe Burgess' Instagram feed a few years ago, you'd see a mosaic of a young family; smiling, laughing, relishing in their good fortune. You'd see Phoebe on tropical holidays with her NRL star husband, Sam. Luxurious dinners. Sun-drenched picnics. You'd see her cradling her pregnant belly, while her toddler daughter plays nearby.

Speaking to Mamamia's No Filter podcast, the journalist-turned-influencer stressed that there were days when that was the reality. But there were many more where it was anything but.

Watch: Phoebe Burgess on identity, motherhood and 'getting on with it'.

What Phoebe posted to that feed cast a carefully curated veil over the reality of her private life.

Come 2018, her marriage was crumbling amid revelations that Sam had not only exposed himself to a woman on a video call, but that he'd had an affair with another the previous year.

Two years on from their separation, Phoebe is letting go of that polished public image. She's speaking up about her experience, in the hope that other women may recognise themselves within it and avoid the same depths of pain. She's sharing what she felt unable — and unwilling — to for so long.

"I was starting to lose myself."

She can see his towering frame, face partially hidden by the hood of his white jacket. She can see the word 'Disgrace' printed across his chest. She can hear his voice, that thick northern English accent, poured into her ear over the booming music.

It was January 2014, and they were in the VIP area at an Avicii concert. A colleague at Cleo magazine, where Phoebe worked as a features and entertainment writer, had given her tickets. Sam was there with a group of fellow players from the NRL.

The pair struck up a conversation.

"We connected over the fact that his mother taught French and I spoke French, we both had a new niece and nephew," she said.

"He was charming, and he was energetic. He was passionate... He was speaking right down in my ear because it was loud... It was intimate, and it was fun."

Sam gave Phoebe his phone number that night. But she didn't use it until weeks later ("I'd sort of forgotten about things, and gone on with life," she said) when her memory was jogged by a news story about the South Sydney Rabbitohs star's plans to code-switch and play Rugby Union in the UK. She messaged him to wish him luck with the transition.

A mateship followed, then a fling that swelled into a relationship. 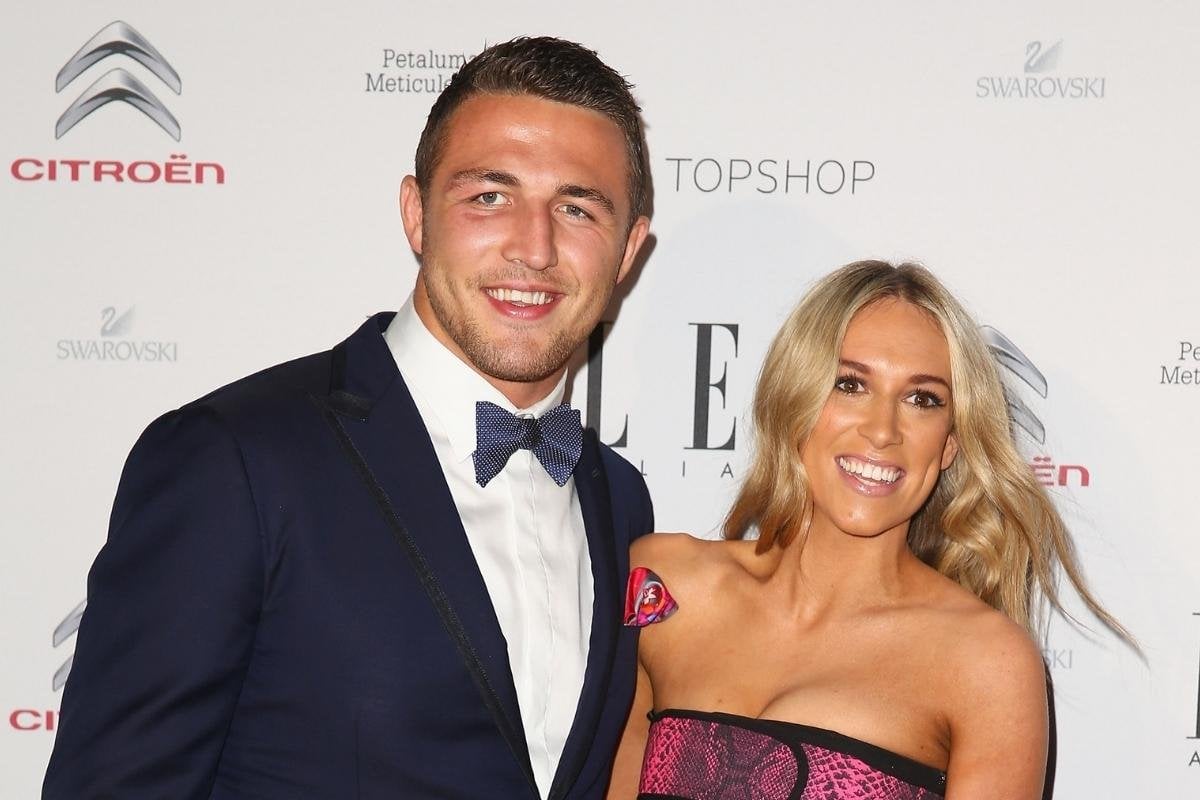 Within a year, Phoebe followed Sam to Bath, England, where he started his new (but ultimately short-lived) rugby career.

They married in December 2015 after Sam returned to the Rabbitohs, and had their daughter, Poppy, in January 2017.

Along the way, Phoebe's journalistic career fell to the wayside as her husband's accelerated. She was absorbed further and further into the "bizarre subculture" of NRL partners, and the expectations that she felt came with it; to be the primary caregiver, to buoy her husband on game day, to be his unyielding support system at a time when she needed one of her own.

After having her daughter, Phoebe said she became extremely anxious to the point that she developed a fear of driving.

"I couldn't drive on a highway without feeling as though I wasn't in control," she said. "I think those were symptoms of what I was starting to go through emotionally and mentally. I was starting to, I felt, lose myself.

"I thought that when you had children, that the support was guaranteed. I thought you would have some space for growth, to become a mum overtime... But I think, culturally, in the NRL, you're just supposed to get on with it." 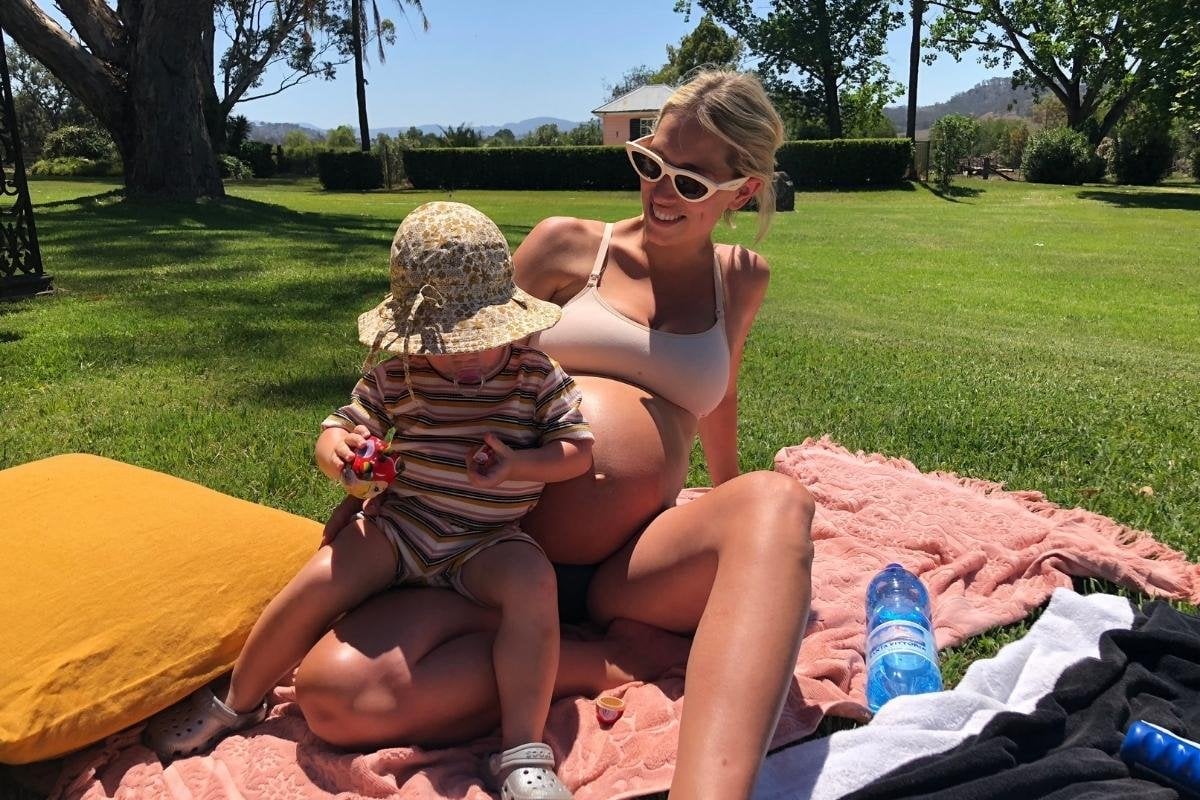 Phoebe was pregnant with her second child when news of her husband's infidelity broke.

Just days after a 23-year-old went public with screenshots from a lewd video call with Sam, another revealed details of their affair.

(An NRL Integrity Unit investigation cleared Sam and other players of any wrongdoing in the so-called 'sexting' scandal. As for the affair, Sam recently confessed to it publicly during his appearance on reality show, SAS Australia.)

It was in times of crisis such as those when Phoebe saw how the NRL shielded its stars. She said she, meanwhile, was sent away, often to a remote property; effectively silenced.

"I started realising that it wasn't just between my husband and I; my marriage wasn't just the two of us. It had this backdrop that was full of covering up, full of lies, full of pushing problems under the table just to get through a season," she said. "We became a problem that had to be dealt with."

She acknowledges her role in perpetuating the nothing-to-see-here narrative, mainly via her popular social media accounts (she now has over 80,000 followers on Instagram alone).

"I was putting out there probably what I wanted, if I psychoanalyse myself," she said. "I have two beautiful, healthy children, and a lot of happiness and a lot of love was there... And I was holding on to those little moments really tight, because my family was on the line."

Read more: After Phoebe Burgess' husband was named in a sexting scandal, she called the woman involved.

She and Sam separated in 2019, but it was far from a clean break.

That October, Phoebe called police to her parents' home in the NSW Southern Highlands, amid a dispute between Sam and her father, high-profile businessman Mitch Hooke.

In February this year, Sam was convicted on a domestic-violence-related intimidation charge stemming from the incident, but the decision was later overturned on appeal.

In the context of that case, Phoebe also made a report to police alleging Sam had physically assaulted her in 2018 while she was heavily pregnant with their son, Billy. However, NSW Police recently confirmed that "following extensive enquiries", no further action is expected to be taken against Sam in relation to the allegation.

Sam had yet another tangle with law enforcement in May, when he was caught driving with cocaine in his system on the way to pick up his children.

"I was furious. I was furious at the people around him," Phoebe said. "I didn't understand how someone could get into that position. The first thing I said is, 'Who the f*** is looking after him? What is going on?'"

After being part of the NRL bubble for so many years, an institution that she claims to be intensely protective of its stars, Phoebe had been conditioned to expect someone to step in. And to feel like it was up to her, even though their marriage was long over.

But something changed that day.

"That was another turning point that broke a lot of trust and a lot of faith in someone who is the father of my children. It broke a lot inside of me," she said. "And the biggest thing that I've spoken about is mutual respect and having trust [in a relationship]. And that goes beyond marriage when you share children."

Sam pleaded guilty to the charges and, after undergoing rehabilitation, was handed a nine-month conditional release order and fined $581 for two traffic offences. No conviction was recorded.

Today, Phoebe talks about freedom. About reclaiming the identity she feels was slowly eroded over the past seven years.

"It's about being able to move forward with what I'm now carrying, and learning how to break through that and learning how to claw back a little bit of who I was," she said. "But also to try to build someone new that I'm proud of, that my kids can be proud of."

For now, that doesn't involve changing her surname. That's partly for the sake of her children, for remaining a family unit. But also for herself. 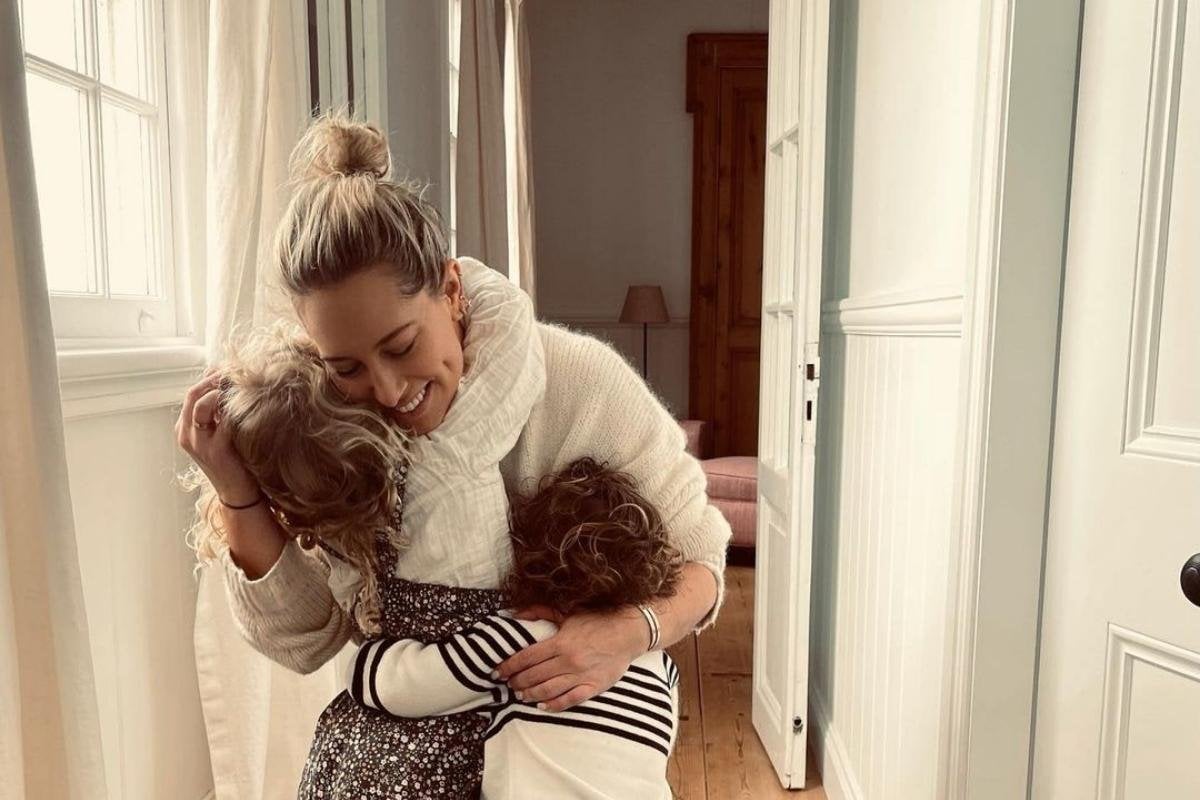 Phoebe and her children. Image: Supplied.

"I can understand why it's a big issue for people... But let's go back to the day after I was married and look at the decision I made with somebody to change my name, change my identity for the rest of my life. And then let's go back to the day I decided to give birth to my kids. My stretch marks aren't going anywhere [either]. I've got a lot of scars from the things that I sacrificed along the way, and I'm keeping them because it's who I am now," she said.

"I'm choosing to own it a little bit. This is my story. It's where I've come from. And they were decisions I made with a really full heart at that time. And it's almost like wearing those scars with a bit of pride."

She is asserting her independence in other ways, such as through her career as a brand ambassador. She recently purchased an investment property; an achievement of which she is immensely proud.

But she's determined not to slip back behind that shiny, perfect veil anymore, to be honest and loud about the rest of it, too.

"I've got a s*** tonne of baggage, you know. I'm 32 years old. I live at home with my parents. I'm divorced. I've got two kids. I still sleep with my daughter who's four. She kicks me in the boobs every night. And that's a little bit who I am," she said.

"But I've liberated myself from the cage that is silence. All I can say is being quiet about the pain and the fear and whatever you've lived through is only helping the person who put you there, the person who did that to you. So I think moving forward with that honesty, it's just going to be liberating. It's almost like Phoebe Burgess. 2.0. And that can be whatever I want it to be."

For more of Phoebe's story, listen to No Filter below, on the Mamamia app, or via your preferred podcast platform. Part One is available now, and stay tuned for Part Two on Thursday, November 18.

If you are experiencing domestic violence and need to speak to someone, support is available via 1800 RESPECT. Call 1800 737 732 or visit the website to chat online.