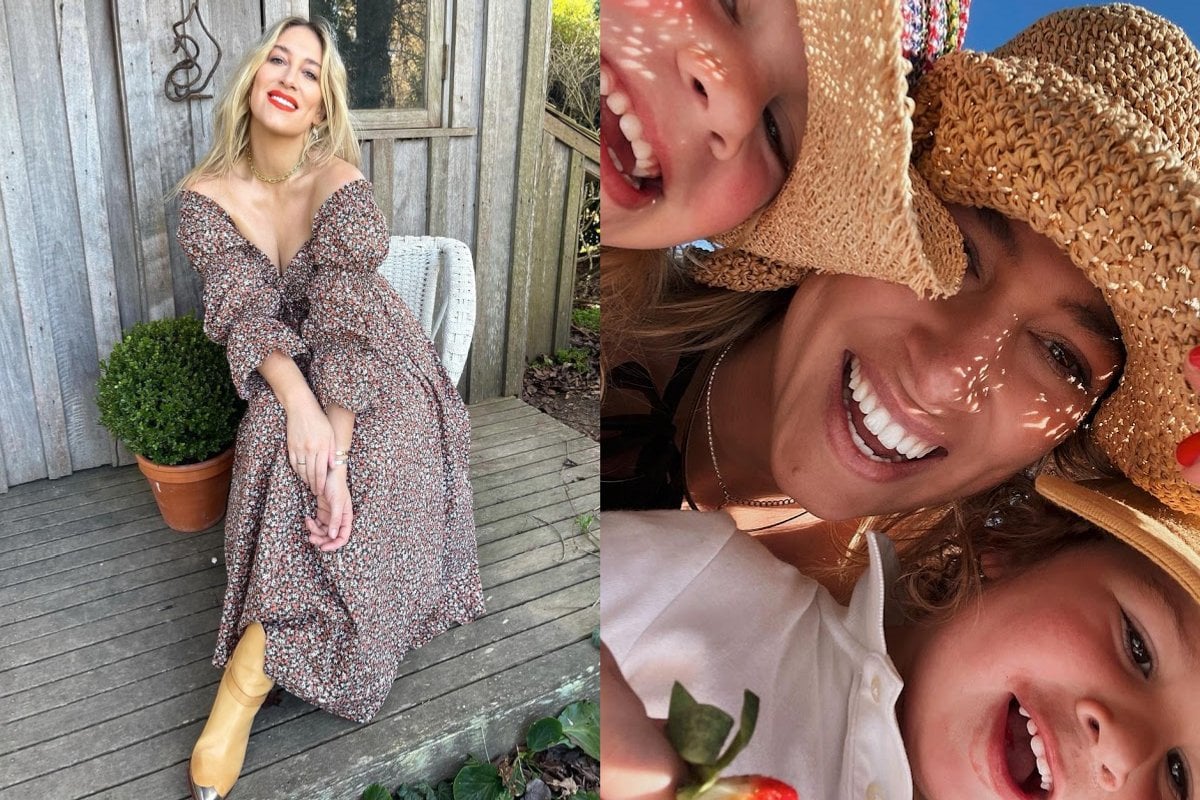 These days, Phoebe Burgess is living her life at a slower pace.

Having relocated to the Southern Highlands of New South Wales in 2019, the influencer and former journalist spends her days surrounded by nature and animals with her two children, Poppy and Billy.

It's no secret that Phoebe has had a tumultuous few years. Previously based in Sydney, the 32-year-old was married to South Sydney Rabbitohs star Sam Burgess, and their life looked pretty glamorous from the outside.

But in 2018, her former spouse was accused of exposing himself to a female fan while on a video call. It was later revealed he had also had a weeks-long affair with a Melbourne woman the year prior. That's only touching on some of his alleged transgressions.

Earlier this month, the NRL player was given a shot at his own redemption story - appearing on, and ultimately winning, the reality TV show SAS Australia.

"I don't think I was the greatest husband at times. I embarrassed my wife," he said on the program.

Over the weekend, Phoebe shared her version of events in an interview published by The Weekend Australian Magazine. She detailed concerning allegations about Sam's conduct and the NRL's efforts to cover it up.

Listen to this episode of The Spill, where hosts Laura Brodnik and Kee Reece discuss Phoebe's interview. Post continues after podcast.

Read more: Phoebe Burgess got publicly shamed for her ex-husband's misdeeds. He got a shot at redemption.

But this is a story about Phoebe, and what her life looks like now.

Speaking to Mamamia, the mum-of-two and L'Occitane ambassador shares a typical day in the countryside, miles away from her former 'WAG' life.

Phoebe's morning starts early, in quite possibly the most quintessential country way.

"We are up with the rooster, "Blueberry Cocka-Doodle Do" (the kids named it) and Billy. Those two wake up at the same every morning around 6.45am," she shared.

Then she's straight onto skincare (if she gets the time to do it), before getting her kids ready for the day.

"If I've been able to jumpstart Billy’s wake-up call or let him run the hallways for a few minutes, I love to get my morning skincare routine done first thing," she said.

"[There's] nothing lovelier than a refreshing cleanse and a splash of water followed by my boost of the L'Occitane Immortelle Overnight Reset Serum and Immortelle Divine Cream to start my day.

"Then it’s a glass of water, a mouthful of whatever the kids are eating that morning, and my oat milk flat white. Heaven."

If you follow Phoebe on Instagram, you'll know that fashion is something that lights her up. No matter the circumstances, she still finds joy in pulling together an outfit every day.

"My outfits are my side passion. The right ensemble can elevate my mood, give me an instant energy lift and it’s a world so far away from my own that I love to dive into in my spare minutes," she said.

As for the looks she posts regularly on her Instagram feed, she doesn't rely on a stylist.

"Everything you see I’ve bought, styled and loved (unless it’s a #gift, obviously)."

And although her style might best be described as fashion-forward meets eclectic, during the recent lockdown, there was a "style uniform" she gravitated towards.

"Lockdown threw me into comfy couch style," she said. "Lots of Lululemon with sprinkles of denim and the odd blazer... function and a touch of cool so that I didn’t feel like I had totally lost my touch!"

Like the rest of us, she's been keeping her makeup to a minimum.

"Makeup for me at the moment is the new L'Oreal Tinted Serum - it’s virtually a second skin. And then fluffy, fresh brows," she said.

"I’ve been loving the Westman Atelier blush in Minette instead of a heavy contour at the moment. It’s a lighter, fresh look."

Once dressed and ready, it's time for school, followed by some fresh air. When speaking to Phoebe, her eldest, Poppy, was still remote learning.

"After breaky, we start 9am Zoom homeschooling for Poppy. Then we jump in the car for our takeaway coffee followed by a park pit stop while mum throws the caffeine back. Then we head off on a scooter adventure," she said.

"We do this EVERY single morning."

Come afternoon, she takes Poppy and Billy to see their grandparents, who live close by, to help out on their farm.

"A typical afternoon shifts to focusing on the animals (and garden beds) that live on my parents’ property," she said.

"The kids are in charge of feeding the chooks, helping their grandmother to bring the horses in, and make up their feeds. If a pony needs grooming, they do that too."

Then if it's not too late, they'll go for a walk in the fresh air.

"It’s all about expending energy at that time of day ahead of bath time," Phoebe said.

"Thanks to daylight savings, the evenings are slightly longer so I’m learning to take this slower lifestyle in as much as possible before life speeds up again."

Phoebe also tries to get in some exercise of her own each day.

"Since having a series of surgeries (from back injuries and birth) I’ve found my pain levels are most tolerable if I move," she shared.

"When you’re in pain you tend to think that rest is the way to go - but for me, walking, scootering and Pilates is my best pain relief.

"[So] I try to sneak in at the very least 30 minutes of movement - usually mat or Reformer Pilates-derived workouts that focus on strengthening and restoring my body."

Then it's time for dinner - which is generally something like meatballs, salmon, or slow roasted lamb - followed by the kids' bedtime routine.

"Evenings revolve totally around getting the monkeys into bed, and then the second step of actually getting them to stay there and fall asleep," Phoebe said.

"We have book time which has stretched out to three books, then Billy heads off to sleep with his bottle and Pops gets cosy in my bed for the night.

"I have given up on too much time on my own - given I share a bed with my four-year-old and Billy is still up and about three times a night wanting to join us - so I actually jump in the bath with them every night."

Once they're asleep, Phoebe gets a small window of peace and quiet to do her nighttime skincare routine and watch Netflix.

"[I'm] currently re-running Louis Theroux docos! Weird I know, but I just love him!" she said.