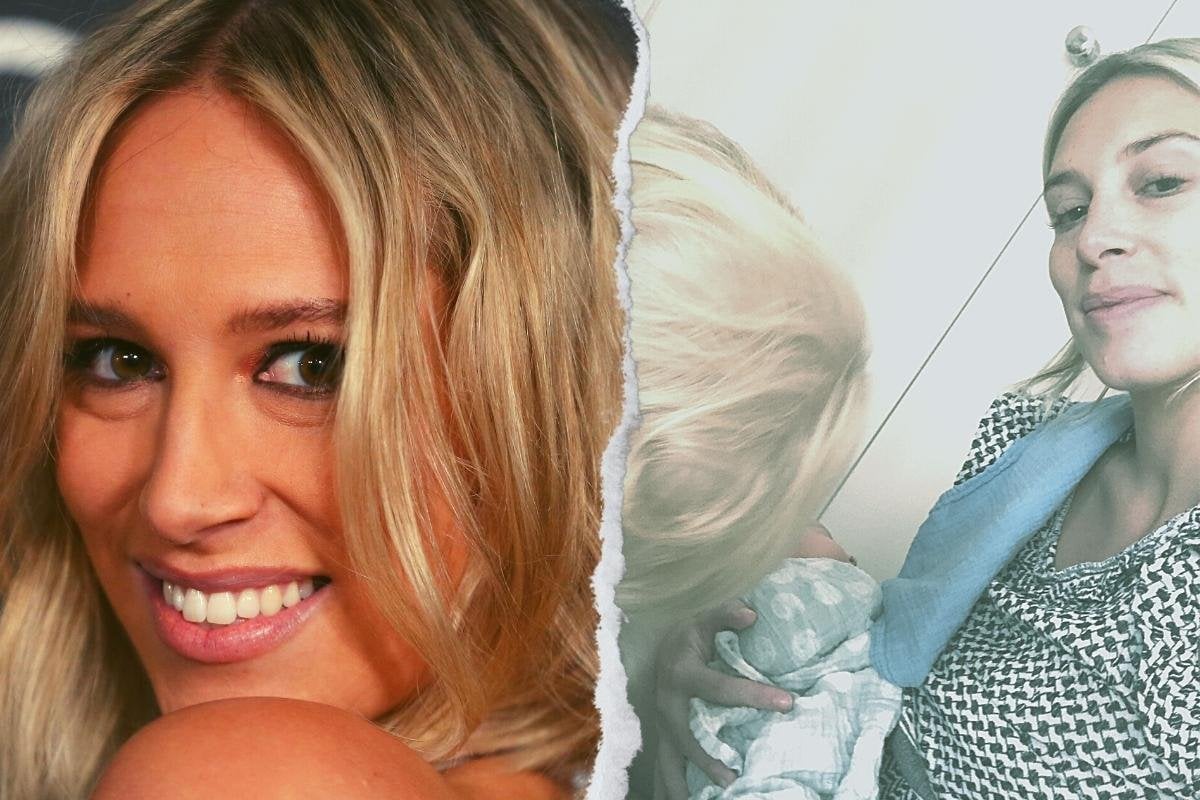 Phoebe Burgess was never comfortable with the title of NRL 'WAG'. It felt demeaning to her, homogenous. As if all women who are partners of football players can be reduced to a single identity.

In reality, the women she met after she started dating South Sydney Rabbitohs player Sam Burgess in 2014 were a diverse bunch. Some were stay-at-home parents. Some had married young. Some owned businesses or had "normal" full-time careers.

Phoebe, who was then a journalist writing for Cleo magazine and appearing on 9News, imagined herself among the latter group.

But, Phoebe said, somewhere during their five-year relationship, the 'rules' changed. Married to one of the highest-profile players in the NRL, she found herself conforming to something far closer than the 'WAG' identity than she ever imagined.

"It was private. It was under lock and key."

After eight months of dating in private, Phoebe Burgess went to watch her then-boyfriend play for the first time.

She remembers it feeling like a big deal. Where would she sit? Who would she sit with? She remembers people staring at her, and the cliques that already existed among the women; some wanting to get close and find out all they could, while others sat back and observed.

It felt to her like by dating Sam, she was also joining an institution, entering into an established and highly protective subculture. 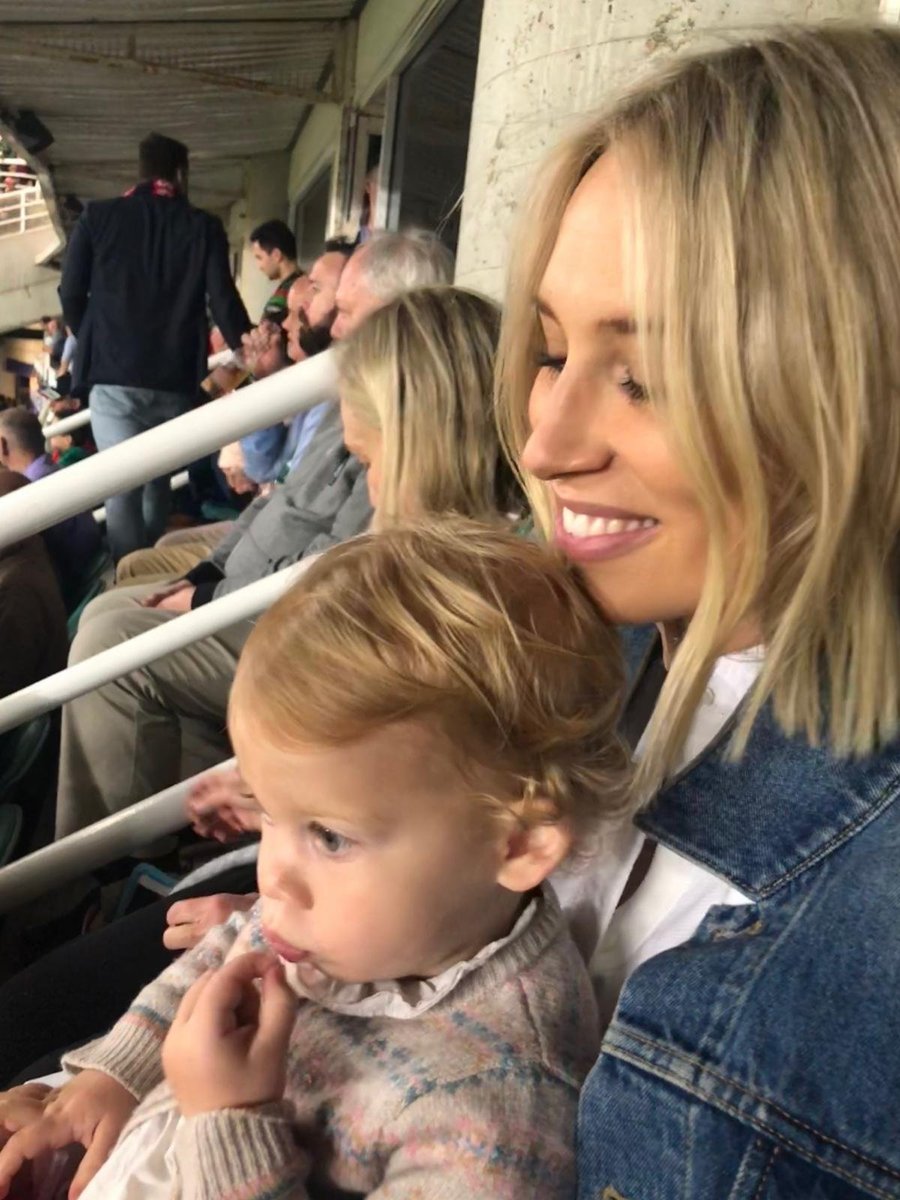 Even amid her husband's lewd video-call scandal, Phoebe showed up for his next game with a smile on her face. Image: Supplied.

Describing game day, she painted a picture of the behind-closed-doors ritual she and the other partners would follow.

"Then, at that time, we would actually drive from under the stadium and out to another location, which was an aquatic centre, and the boys would get in the water and warm down. And we would be given a buffet at one until about two in the morning, and there'd be kids running around.

"It was very much behind the scenes. It was private. It was under lock and key. It was family only. So if you were someone who was going from the outside to going to the inside, you were entering that world, that space, that environment that's kept only for players and their families."

Through it all, Phoebe said she tried to assert her independence.

When she and Sam moved to Bath, England, in 2014 for his two-year code-switch to Rugby Union, Phoebe started writing a column for a local magazine and doing freelance work in London.

It lasted, she said, for "a little bit".

"I found it really hard, not working. I didn't know what to do with myself not having somewhere to be every day. But it was worth it being over there," she said. "I was young, and it was love and it was an adventure. And I was swept up in so much of my own fairytale, because it was happy. It really was; until it wasn't."

When she and Sam started a family back in Australia in 2017 — an already critical shift in a woman's identity — Phoebe started to lose herself further.

Watch: Phoebe Burgess opens up about life behind Instagram

As the spouse of one of the highest-profile people in the sport, Phoebe felt the weight of expectation.

"I knew given our relationship and given the realities of his career and his job, I knew that the responsibility and the caretaking would be on me. I predicted it. But I didn't predict how hard and how isolating I would actually find that," she said.

"But I think culturally, in the NRL, you're just supposed to get on with it."

She started to notice just how much the partners existed to buoy the team.

"The optimal thing as a partner was to make sure your partner was good and ready to go on game day, that they were happy, they were in a good frame of mind. So I know that girls didn't pick fights with their partners on game day," Phoebe said.

"It was all about making sure the best possible version of that player got out onto the field. And winning was the goal. So if you were going to be a distraction, don't be there."

While the players had many opportunities to release the pressure — nights out, 'Mad Monday' celebrations at the end of the season, and so on — Phoebe said the women got few.

"What I noticed most is that you're constantly celebrating your partner and their successes, their glory, their disappointments, their losses, but I saw a lot of the partners having to suck up their private pain in favour of football outcomes," she said.

"I didn't see many women celebrated. I didn't see any achievements being celebrated by the club for the partners. We were placated with dinners here and there — a partners' get-together. But I always found it really bizarre that the celebrations were boys' and girls' night; they were always separate. And I think that was under the guise of 'someone had to look after the kids.' But I felt it was a really bizarre gender dichotomy. We were just completely on opposite ends. Girls do this; boys do that."

Now two years on from her split from Sam, and by extension the NRL, Phoebe is working as an influencer; her 80,000 followers and ambassadorships with major brands helping to afford her the independence she's always craved.

"I have a mortgage. I was able to buy [myself and the children] a home that I'm renting out at the moment as an investment property, which I was really proud of. It's really cool," she said. "Actually, I found a little bit of myself, again, I've clawed back pieces of me."

For more of Phoebe's story, listen to No Filter on the Mamamia app or via your preferred podcast platform. Listen to part one and part two of Phoebe's chat with Mia Freedman below.