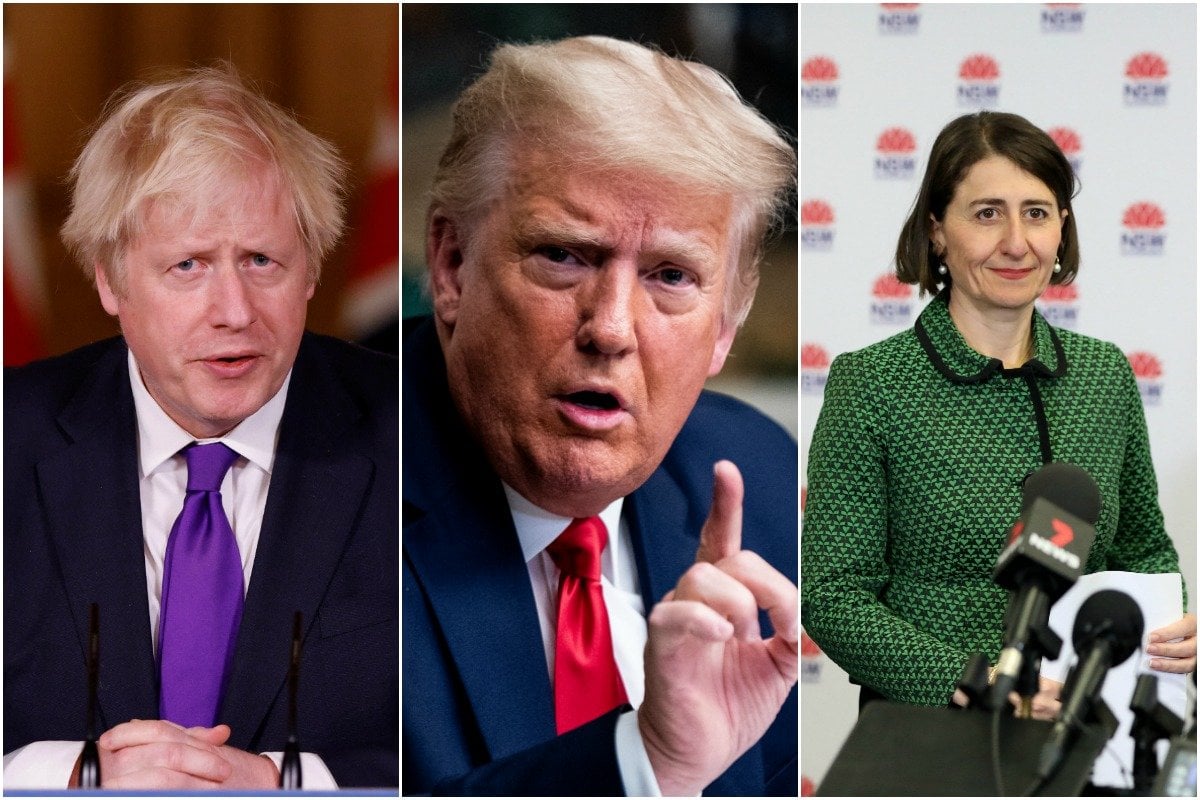 Britain has become the first western country to approve a COVID-19 vaccine, jumping ahead of the United States and other European nations after its regulator cleared a shot developed by Pfizer for emergency use in record time.

The vaccine will be rolled out from early next week in a major coup for Prime Minister Boris Johnson's government, which has faced criticism over its handling of the coronavirus crisis with Britain enduring the worst official COVID-19 death toll in Europe.

A vaccine is seen as the best chance for the world to get back to some semblance of normality amid a pandemic which has killed nearly 1.5 million people and upended the global economy.

Elderly people in care homes and care home staff have been placed top of the priority list, followed by over-80s and health and care staff.

The Pfizer/BioNTech jab is the fastest vaccine to go from concept to reality, taking only 10 months to follow the same steps that normally span 10 years.

The UK is the first country in the world to approve Pfizer's coronavirus vaccine, and plans to begin distributing it next week https://t.co/aLgZcYu6YG

The Australian government has welcomed the vaccine's approval but says the decision will not fast-track its approval in Australia.

Health Minister Greg Hunt said pharmaceutical company Pfizer continues to work with Australian regulators towards the vaccine's approval for use in Australia, which is not expected until the end of January.

"I have again spoken to the Australian CEO of Pfizer, they remain on track for vaccine delivery once it is approved for use in Australia by the independent regulator," he said in a statement on Wednesday night.

Pfizer is providing data on its vaccine's safety and effectiveness to the Therapeutic Goods Administration as part of the approval process.

The vaccine by Pfizer and its German partner BioNTech is one of the four COVID-19 vaccines purchased by the federal government.

Australia on Wednesday went without reporting a locally acquired infection with all 11 new cases of coronavirus reported among overseas travellers in hotel quarantine in NSW (six), Queensland (three) and WA (two).

The US Justice Department is investigating a potential crime related to funnelling money to the White House in exchange for a presidential pardon, according to court documents unsealed in federal court.

US District Judge Beryl Howell on Tuesday released a heavily redacted order that described what she called a "bribery-for-pardon" investigation.

About half of the 18-page document was blacked out, with the publicly-available version providing few details of the alleged scheme, and naming none of the people potentially involved.

The ruling said prosecutors are investigating a “bribery-for-pardon scheme” in which someone “would offer a substantial political contribution in exchange for a presidential pardon or reprieve of sentence” for an unidentified person https://t.co/5ZG7x4k56H

According to the order unsealed by Howell, federal prosecutors in Washington said they had obtained evidence of a bribery scheme in which someone "would offer a substantial political contribution in exchange for a presidential pardon or reprieve of sentence".

Presidents enjoy wide latitude under the US Constitution in pardoning people convicted of federal crimes.

President Donald Trump last week pardoned his former national security adviser Michael Flynn, who had twice pleaded guilty to lying to the FBI during the investigation into Russian meddling in the 2016 presidential election.

That was the first of what is expected to be a string of pardons in Trump's final weeks in the White House, with reports he might be preparing to pardon his three children.

NSW will enter a new summer normal from next week, with all borders open and coronavirus restrictions significantly eased.

Residents will have full access to every Australian state and almost full liberty to socialise as the government eases restrictions on Monday as COVID-19 elimination looks likely.

"From Monday, life will be very different in NSW," Premier Gladys Berejiklian said on Wednesday, the state's 25th consecutive day without a local case of the virus.

Thanks for your hard work in helping us control the spread of COVID-19. We will be replacing the 4sqm rule with a 2sqm rule, except at gyms & nightclubs. It’s crucial that people continue to practise social distancing & come forward for testing if they have any symptoms.

Gyms and nightclubs are the only exceptions to this changed rule.

Controlled events will be permitted to have up to 5000 people, while stadiums and outdoor theatres can operate at 100 per cent capacity.

The government has also agreed to lift the limit on outdoor gatherings - including back yards - to 100 people, in time for Christmas celebrations.

Tasmania opens border to all of Australia.

Tasmania is open to all states and territories for the first time in nine months after dropping border restrictions with South Australia.

Arrivals from SA no longer have to quarantine, as of 12.01am on Thursday.

The only exception is people who have visited two "high-risk" locations - the Intensive English Language Institute at Adelaide's Flinders University and Woodville High School - in November.

It is the first time Tasmania has been open to all states and territories since the island shut its borders in March.

Firefighters on Fraser Island are preparing for another testing day battling a massive bushfire that has destroyed almost half of the world-heritage-listed national park.

Premier Annastacia Palaszczuk has ordered a review into the Department of Environment and Queensland Fire and Emergency Service response to the blaze, which has razed 81,500 hectares.

Firefighters remain on K’gari (Fraser Island) tonight, a blend of QFES, QPWS and the Butchulla Aboriginal Corporation.
FRS and RFS crews have been deployed to Happy Valley today as ground crews work to contain the fire with the support of aircraft.
Stay safe, team! pic.twitter.com/TRzcyIgS6t

It continues to burn on three fronts seven weeks after it was sparked by an illegal campfire, forcing authorities to evacuate some tourists and staff from the iconic holiday spot.

Water bombers have dumped more than a million litres of water and fire-retardant gel on the bushfire but the loose soil on the world's largest sand island means it quickly drains away.

One front of the blaze is about 2.5 kilometres east of Kingfisher Bay Resort and heading southeast.

The resort and a neighbouring workers' village remain under a prepare to leave the order, however, all guests were evacuated on Monday and staff followed late on Wednesday.

The Chinese social media platform WeChat has blocked a message by Australian Prime Minister Scott Morrison amid a dispute between officials in Beijing and Canberra over the doctored tweeted image of an Australian soldier.

China rebuffed Morrison's calls for an apology after its foreign ministry spokesman Zhao Lijian posted the picture of an Australian soldier holding a bloodied knife to the throat of an Afghan child on Monday.

The US government called China's use of the digitally manipulated image a "new low" in disinformation.

PM @ScottMorrisonMP has taken things into his own hands with a direct plea to millions of Chinese citizens on WeChat explaining Australia’s position. https://t.co/10zsWmM8iP

Morrison took to WeChat on Tuesday to criticise the "false image" while offering praise to Australia's Chinese community.

In his message, Morrison defended Australia's handling of a war crimes investigation into the actions of special forces in Afghanistan and said Australia would deal with "thorny issues" in a transparent manner.

But that message appeared to be blocked by Wednesday evening, with a note appearing from the "Weixin Official Accounts Platform Operation Center" saying the content was unable to be viewed because it violated regulations, including distorting historical events and confusing the public.

Read: A doctored photo and a controversial cartoon: What to know about Australia and China right now.

A baby's body has been found in the ashes of a property in Melbourne's southwest, bringing the death toll from the suspicious fire to three.

The Point Cook townhouse was destroyed and two others were damaged in the Tuesday morning blaze.

After confirming two people had perished in the fire, police later said the body of an infant had also been found in what was left of the three-bedroom, two-storey home.

Arson investigators are examining the cause of a horrific house fire in Melbourne which claimed the lives of a couple and their baby.

All three victims are yet to be formally identified, although officers believe the two adults were a couple.

Detective Senior Sergeant Mark Kennedy said a neighbour made a "heroic and brave effort" to rescue the occupants with a ladder but was overwhelmed by the intensity of the flames.

Two people have died after a helicopter crashed in the NSW Southern Highlands.

A search was launched around 6.45pm on Wednesday when the Joint Rescue Co-ordination Centre was notified about the missing aircraft which was last seen east of Marulan.

The crash site was located around 12.25am on Thursday by NSW Police Rescue officers and the bodies of two people were found near the wreckage in rugged bushland near Tallong.

They have not been formally identified.

A 51-year-old German man suspected of murdering five people, including a baby, by ploughing a speeding car into a pedestrian zone in Trier is to be held in prison after a judge decided he did not need to be sent to a psychiatric institution.

The man, who had been drunk, had shown psychological abnormalities during and after his arrest on Tuesday, said the Trier prosecutor, adding an expert would examine him and issue an official opinion.

A German man suspected of ploughing his car into pedestrians in Trier's city centre has been charged with the murder of five people, prosecutors said https://t.co/T15Tft7cDA

"A preliminary evaluation finds no concrete indications to completely exclude culpability," said the prosecutor, adding he was suspected of committing five murders and attempted murder and grievous bodily harm in a further 18 cases.

"The accused is suspected of having randomly and deliberately driven at high speed in the pedestrian zone in Trier... with a Land Rover with the intention of killing or at least injuring as many people as possible," said the prosecutor.

The motive of the suspect - not named by prosecutors but identified as Bernd W by media - was still unclear, said the prosecutor, reiterating however that questioning so far had given no indication of a political or religious background.

- China has denied accusations by the US State Department of violating its obligations to enforce international sanctions on North Korea.

- Under current policies, the world is projected to heat by a median estimate of 2.9 degrees by 2100, according to a new report by Greenpeace. Many Pacific islands could face obliteration unless there is an immediate and steep reduction in emissions, it found.