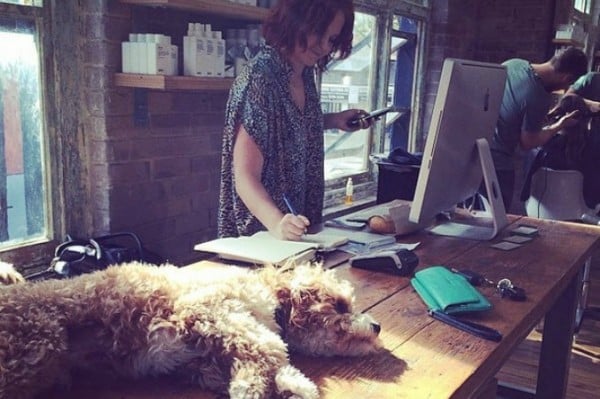 It has long been said that dogs are a man’s best friend, but they are increasingly becoming good company in the workplace.

A number of employers now allow staff to bring their pets in to work which some experts believe could boost morale and improve health.

The $10 haircare product celebrities are stealing from their pets

One of those employers is South Melbourne web development agency Incsub. The company’s owner, James Farmer, has brought his shih-tzu maltese cross, Didge, to the office for the past five years.

“He’s part of the furniture,” he said. “I just think it might make people enjoy coming to work a bit more, hopefully.”

Mr Farmer said Didge can also put his clients at ease. "People who come in to visit us seem to love him being here," he said.

"It sets a tone and it's a little bit more casual that you know it's an enjoyable place to be rather than a place of work where everything's dead serious."

Health researchers want you to stop working so late.

A study published in the United States in 2012 found dogs in the workplace could lower stress and boost job satisfaction.

"Not only is it a happier, more productive workforce, there's also a relationship between having animals around and people's physical wellbeing," he said. "We know that people who have pets move more, they have lower blood pressure and lower stress levels."

Melbourne woman Vanitha Naidu has brought her dog Mala to work for 11 years. Ms Naidu said having Mala next to her was good for her work-life balance.

"I can sit at my desk for 10 to 12 hours but having her forces me to take a break, to take her around the block for a walk," she said.

"Sometimes we work in such a stressful environment and then you're just reminded there's also play and a bit of light and things are not so heavy all of a sudden."

Have you ever worked in a pet-friendly office?

This article was first published on ABC News and has been republished here with full permission.

We wonder if these dog-loving celebrities have ever brought their pooches to work: