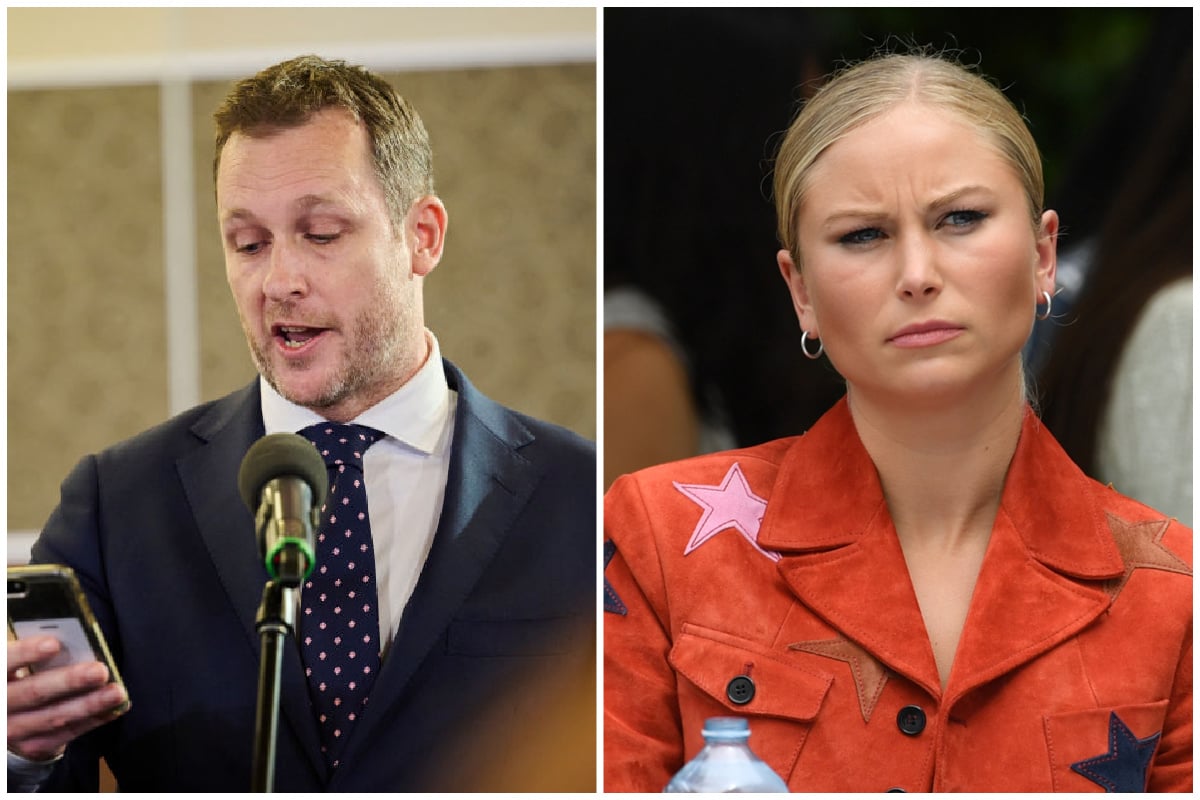 Tame had been filmed and photographed interacting with the prime minister during an Australia Day function at The Lodge.

Looking visibly uncomfortable in the presence of Scott Morrison, the 27-year-old, who received her Australian of the Year honour for her advocacy for survivors of sexual assault, did not smile. With one hand in her pocket, she unenthusiastically shook his hand, only smiling briefly when greeted by Morrison's wife, Jenny. As their photo was taken, Tame side-eyed the man standing beside her - a man she has been fiercely critical of for his response to allegations of sexual assault and toxic workplace culture in federal parliament. The same man who, after former Liberal staffer Brittany Higgins alleged she had been raped in a ministerial office, said he had discussed it with his wife who encouraged him to consider it as a father of daughters.

At the time, Tame told the National Press Club: "It shouldn't take having children to have a conscience.

"And actually, on top of that, having children doesn't guarantee a conscience."

Last year, Morrison's government also rejected calls for an independent inquiry into historical rape allegations against then attorney general Christian Porter. Morrison had notably failed to read a letter and attached statement from the alleged victim that were sent to him. 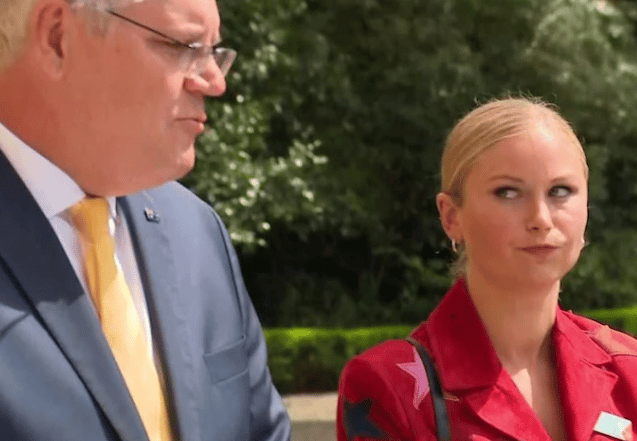 But despite all this, the fact Grace Tame did not smile as she stood beside the Prime Minister became a heated topic of national debate.

In The Australian, Peter van Onselen asked: Grace Tame: If your disdain for the PM is so great why go?

The reporter labelled the childhood sexual abuse survivor's behaviour as "embarrassing," describing her as "ungracious, rude and childish".

If she couldn't be a decent human being, he asked, why bother to attend at all? If her disdain for Morrison is so great, to the point where she might be - god forbid - rude, she should've just stayed home.

Van Onselen went on to accuse Tame of "acting like a child displaying a lack of basic manners," and attempting to "excite the mob on social media". Her lack of politeness towards Morrison was "brazen and not for virtuous reasons," he argued. An act of "juvenile dissent".

Then, one week later, Van Onselen found himself in the National Press Club. With cameras on him, he was given the floor to question the Prime Minister.

Referring to the speech Morrison had given earlier, Van Onselen began: "At the start of your speech, you mentioned your close friendship with Marise Payne. I wanted to ask you about another close friend, Gladys Berejiklian.

"I've been provided with a text message exchange between the former New South Wales premier and a current Liberal cabinet minister.

"I've got them right here. In one she describes you as, 'A horrible, horrible person', going on to say she did not trust you and... you're more concerned with politics than people.

"The minister is even more scathing," he continued.

"Describing you as a 'fraud' and 'a complete psycho'. Does this exchange surprise you? And what do you think that it tells us?"

Watch: The text exchange that has the nation talking. Post continues after video.

He's shocked. Perhaps even hurt. He appears at a loss, before saying, "I obviously don't agree with it."

Of course, what response could he give? Your colleagues think you're a complete psycho, Sir. How does that make you feel?

Since the clip went viral, there's been relentless debate about whether the question from Van Onselen was in the public interest. Is it important for voters to know, ahead of an election, what Morrison's colleagues really think of him? Or are the texts just an example of human beings letting off steam in a private context, with the question designed to hurt and embarrass the Prime Minister?

Either way, by any social contract, telling a person their peers think they're horrible, in a public setting which requires them to respond on the spot, surely qualifies as 'rude' and 'brazen'. Arguably more so than the silence of Grace Tame, who simply didn't smile during a photo opportunity with a man who has an appalling track record when it comes to taking sexual abuse seriously.

By his own logic, if Van Onselen was going to 'refuse to be polite,' why did he go to the National Press Club at all? According to him, it would've been more respectful to not go, making a statement of disapproval by his absence.

But, as the Ten journalist is clearly aware, being part of a democracy means that in Australia, our elected officials are accountable to the public they govern. This means journalists have the right to question them, commentators have the right to their opinions, and citizens - like Grace Tame - are under no obligation to feign their endorsement.

If Van Onselen's question was in the public interest, surely Tame's behaviour is too.

Reply
Upvote
1 upvotes
He wasn’t rude he was doing what journalists do it is their job to expose politicians. You could see Morrison felt caught out. He tries to hide his personality traits. It would be a boring old press conference if the press didn’t attend odd analogy to Grace attending her invited function.
S
simple simon 4 months ago

Reply
Upvote
3 upvotes
@thunder So what was he exposing? That political leaders have fellow party members bitching about them behind their back? Hardly an expose. More like some high school girl gossip.
T
thunder 4 months ago

Reply
Upvote
1 upvotes
@simple simon Firstly, high school boy gossip,  it is a known fact the males gossip more than the females that is a fallacy. I worked in a field with men, very few females  and the rumour mongering was amazing. Moving on,  what was exposed was very interesting as it shows that Morrison’s character is in question and he is our PM, unfortunately. It is obvious that he is not liked by his peers, not surprising at all. They were very strong words, not words used willy nilly, the texts say a lot. We have a right to know that information.
News
General
Opinion
True Crime
Politics
Sport
Explainer
Entertainment
Celebrity
Reality TV
Movies
TV
Books
Rogue
Royal
Lifestyle
Beauty
Fashion
Weddings
Home
Wellness
Health
Fitness
Travel
Food
Parents
Before The Bump
Pregnancy
Baby
Kids
Teens
School
Parent Opinion
Work & Money
Money
Finance
Career
Lady Startup
Relationships
Sex
Dating
Separation
Friendship
Family
Real Life
Couples