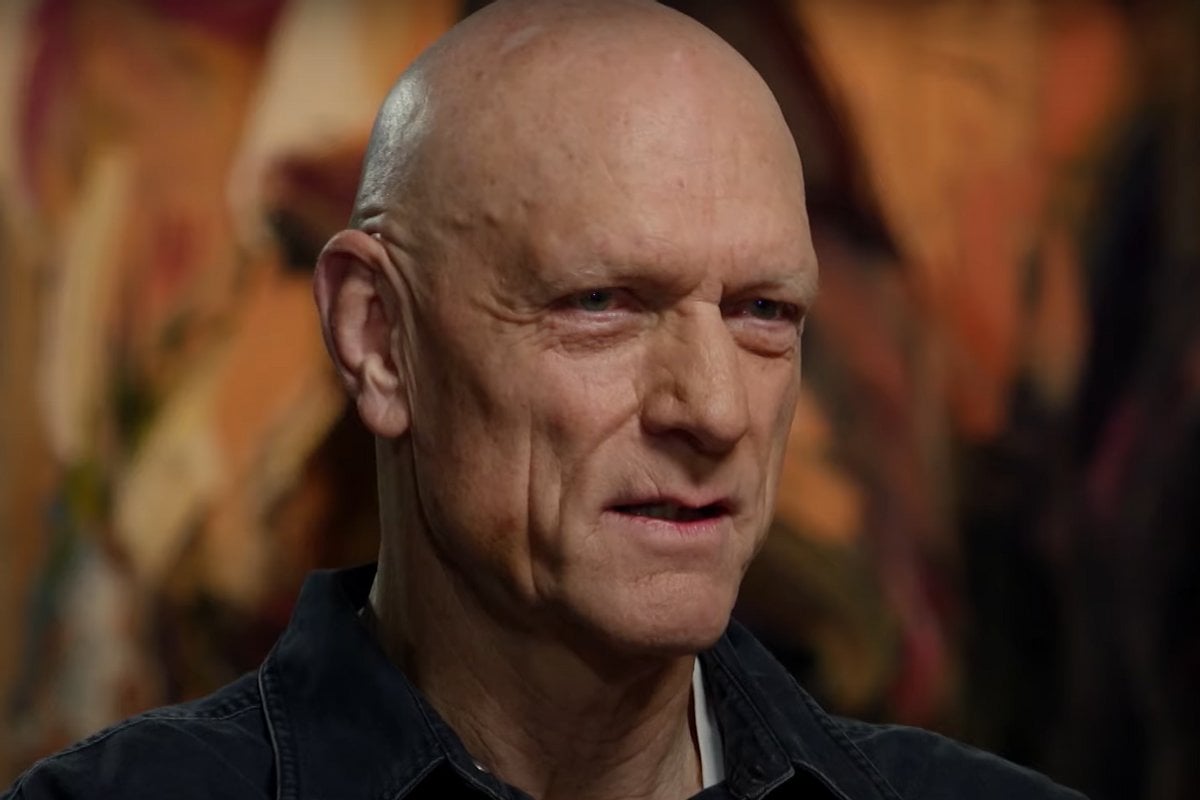 For more than 40 years, Peter Garrett has been a familiar face in Australia.

The now 68-year-old, who is the frontman of Australian rock band Midnight Oil, has made a name for himself in both music and politics.

But before Garrett became a household name, the musician faced a difficult family tragedy.

On Tuesday night's episode of Anh's Brush With Fame, Garrett opened up about losing his mother in a house fire in April 1977.

Garrett, then a 23-year-old university student, was sleeping downstairs in the family's Sydney home when the fire broke out on the top floor.

Although Garrett attempted to save his mother Betty who was trapped upstairs, the intense flames and smoke forced him back.

"She's upstairs and I'm downstairs and I wake up and the house is on fire and I just escape," Garrett told Do.

"But then I realise what’s gone on, I try and get back in the house to go up the stairs... it’s all alight, and I can’t," he continued.

"Something like that has a big impact on you. The fact I couldn’t rescue my mum, and get her out of a burning house, stayed with me, and is still with me. That’s quite a difficult thing, even though I know rationally that I wasn’t able to [save her]. I was certainly comforted by the police and fire people about that."

Later on in the interview, Garrett shared that the incident still affects him to this day.

Watch a clip from Peter Garrett's appearance on Anh's Brush with Fame below. Post continues after video.

"There’s the trauma of it, and then there’s how you cope with it. That’s been something that’s been ongoing. Even though it meant more than anything imaginable could to me and my brothers, and it affected me in very deep ways, it hasn’t defined me, and I don’t think my mum would’ve wanted it to," he explained.

"It was a case of, okay, this has happened. It’s difficult and hard. How can you then go on and live your life fully, to honour her life as a son?"

Garrett, who joined Midnight Oil in 1973, was back on stage with the band on the night after his mother's death.

"I felt at the time that if I could do that, I wasn’t going to be marked and beaten down by the loss of someone I probably loved more than anyone else at that time," he told Do.

On the show, Garrett shared that he also lost his father to an asthma attack during childhood, adding that the loss of his parents motivated his career.

Garrett was also driven by his mother's career as a social worker, which informed his sense of social responsibility.

"You just pick up stuff when you're growing up. A parent or an uncle or a grandparent doesn't have to say anything, it's just what they're doing. And somehow when you're little, a bit of it just gets left on your skin," the 68-year-old said.

"I've got a middle class background, but she was working with people from much more diverse backgrounds and certainly more working class, so I discovered other Australians who had a tougher life and that did stay with me." 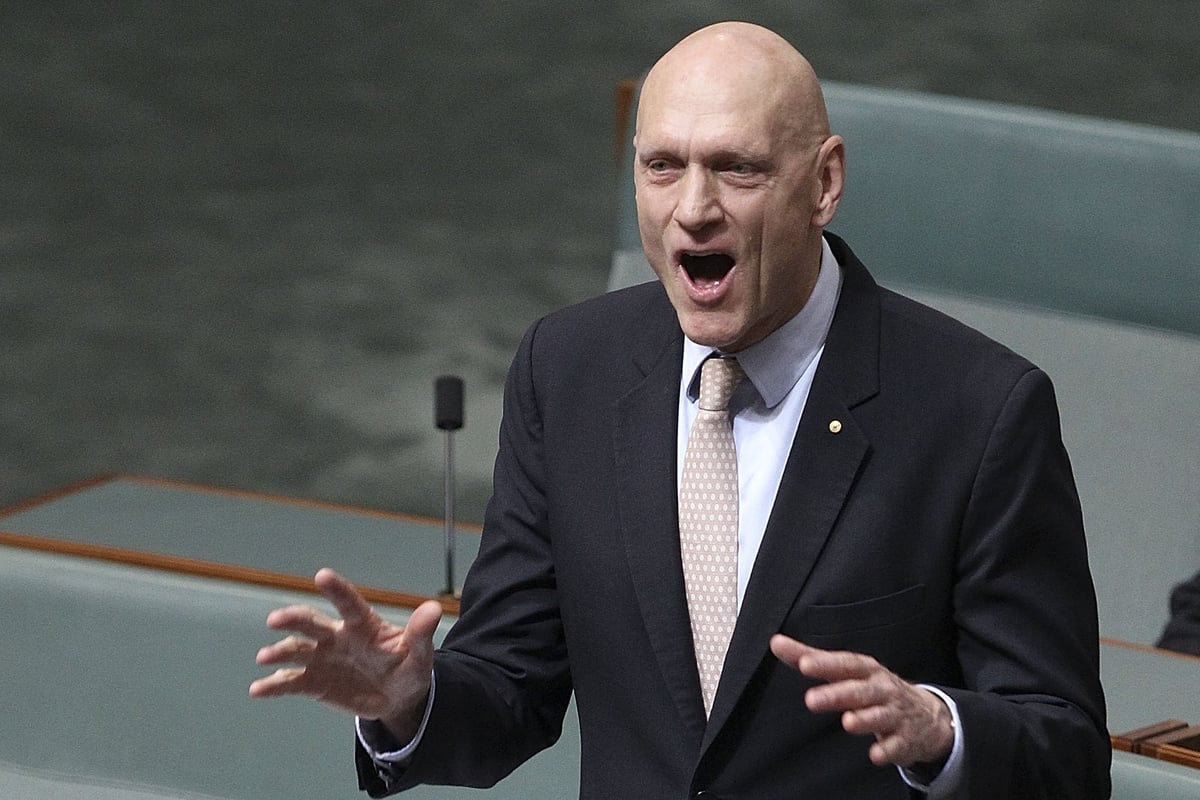 Peter Garrett in the House of Representatives in 2013. Image: Getty.

Outside of his career as a musician, Garrett is a former politician, activist and environmentalist.

In particular, Garrett has been a long-time campaigner for the rights of Indigenous Australians.

At the 2000 Sydney Olympics, Midnight Oil famously performed their song 'Beds Are Burning' while wearing black jumpsuits emblazoned with the word "sorry" – a reference to then Prime Minister John Howard's refusal to apologise to the Indigenous population for stolen land and stolen children.

"We were really saying white Australia has a Black history. The "sorry" suits was just our part of doing it," Garrett recalled, speaking to Do.

A few years after the Olympics, Garrett was elected to the Labor Party in the House of Representatives for the seat of Kingsford Smith in the 2004 election.

He was later appointed Minister for the Environment, Heritage and the Arts in 2007, following Kevin Rudd's victory in the election.

As a result, Garrett was in parliament when then Prime Minister Kevin Rudd delivered an official apology to Australia's Indigenous population on February 13, 2008. 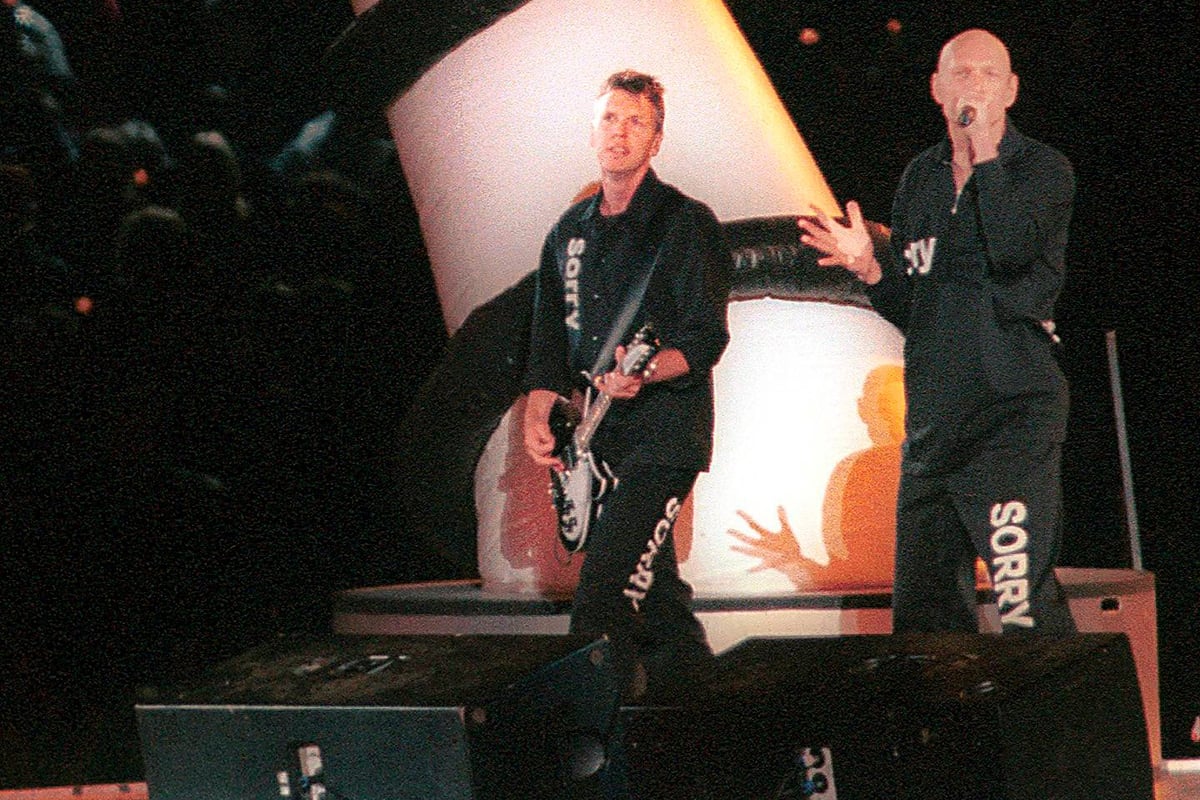 "By the time [Kevin] Rudd was Prime Minister... in the government that I ended up being in as a minister, [Rudd] said sorry. I was in parliament that day," Garrett recalled.

"There were people with just tears streaming down their cheeks at that point in time. We had to say it; it had to be done. There's more to be done. Much more. But that was an important step along the way."

While Garrett ended his career in parliament in 2013, the musician has continued his work as a fierce advocate and campaigner.

Anh's Brush with Fame is available to watch on ABC iview now.