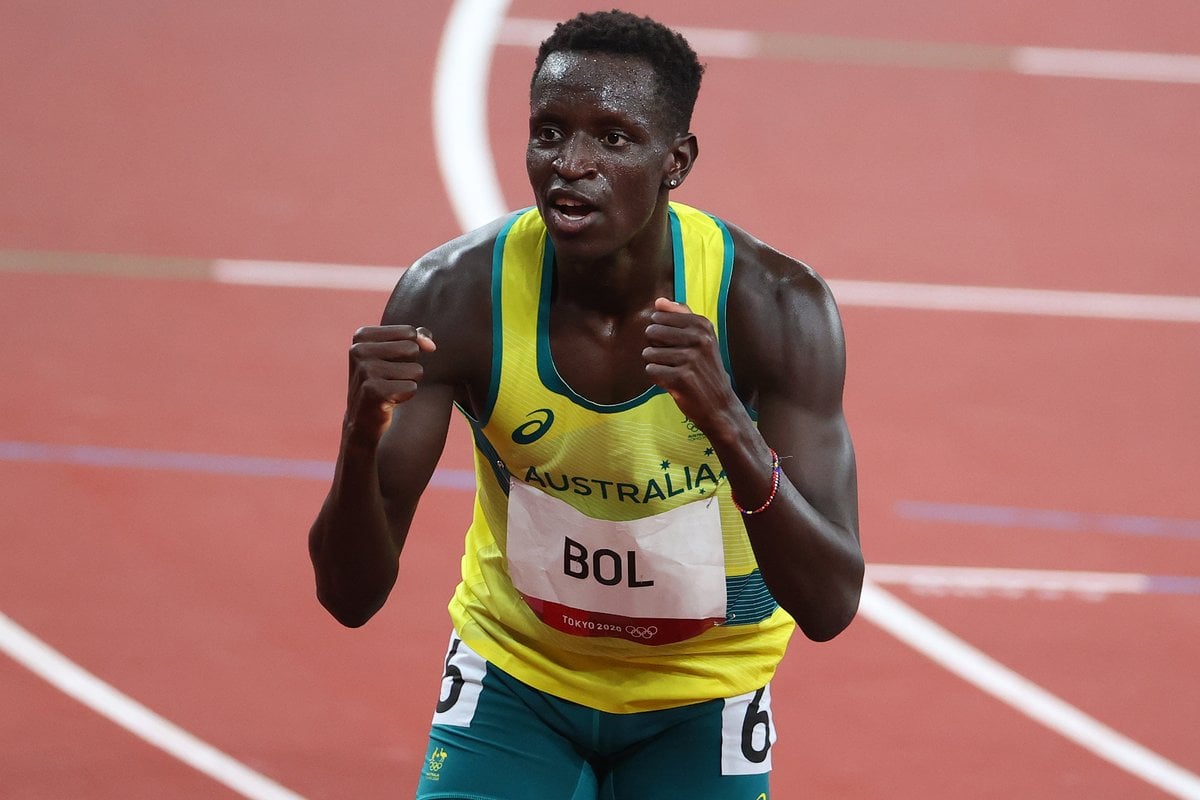 The 27-year-old led the pack for much of the race. It was only in the final 200 metres that he was overtaken by Kenyans Emmanuel Kipkurui Korir and Ferguson Cheruiyot Rotich, and Poland's Patryk Dobek.

Bol's journey to the Olympics has been unlike many others. Here's what we know about Australia's new star of the track.

Bol was born in 1994 in Khartoum, the capital of Sudan. At age four, his family fled the war-torn country and emigrated to Egypt. They lived there for six years before migrating to Toowoomba, Queensland.

When they arrived, no one in his family spoke English.

From a young age, Bol remembers his father telling him stories about Sudan's conflict and their family's struggles.

"So [my father] always tried to push us a bit harder in whatever we do. Sudan has always had conflict and it wasn’t really a safe place to be," he told The West Australian in 2015. "So they saw that the best opportunity was to get their children out of there and work towards a better life.

"I’m pretty grateful to [my parents] because all of their circumstances worked to my favour. Life could be a lot different." 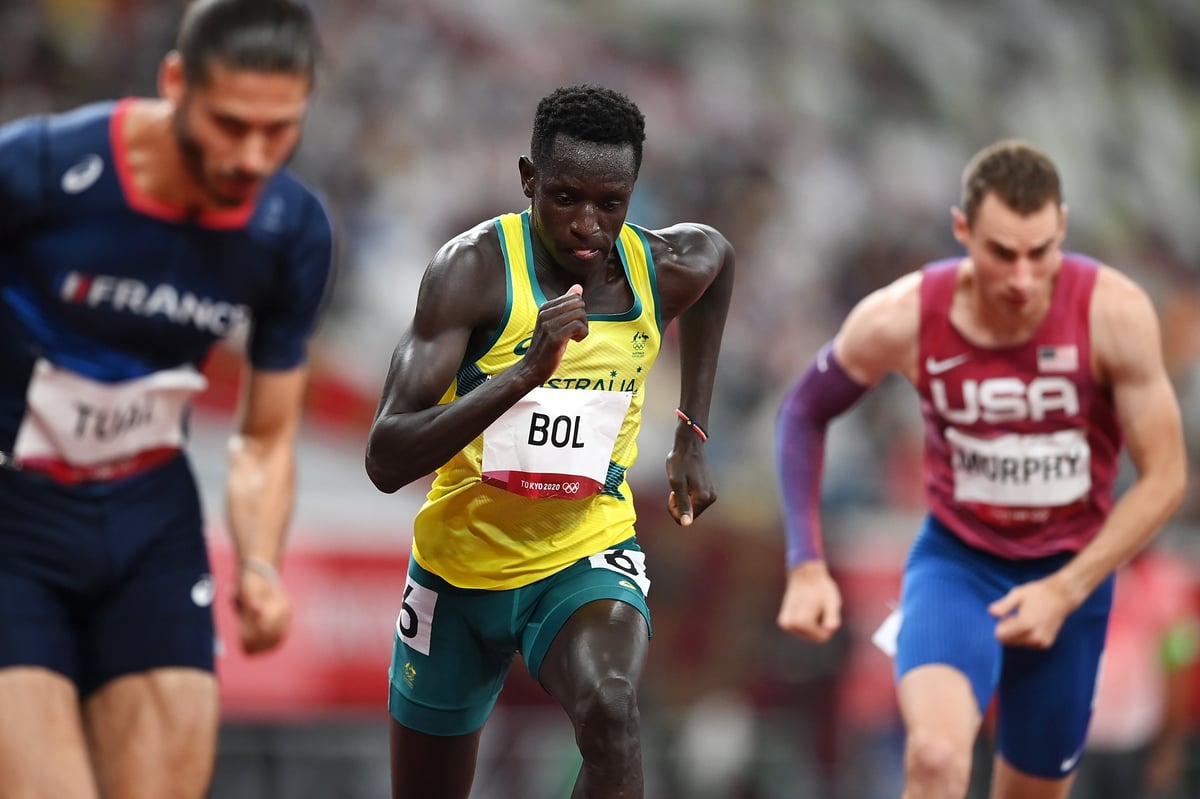 After primary school, Bol's family moved to Perth, where he was awarded a basketball scholarship for St Norbert College.

It wasn't until he was 16 years old that Bol discovered his sprinting skill - or, rather, a teacher spotted his prowess and potential. At a school carnival, one of Bol's teachers picked him out as a true talent and encouraged him to join an athletics club.

"I thought it was a pretty good deal especially because it meant I’d be fitter for basketball so I agreed and she delivered," Bol told Athletics Australia.

Bol made his first Australian team selection for the 2016 Olympic Games in Rio when he was 22 years old. There, he placed sixth in his heat in 1:49.36. (He has already shaved five seconds off this time in Tokyo, with a 1:44.11 in the semi-final.) 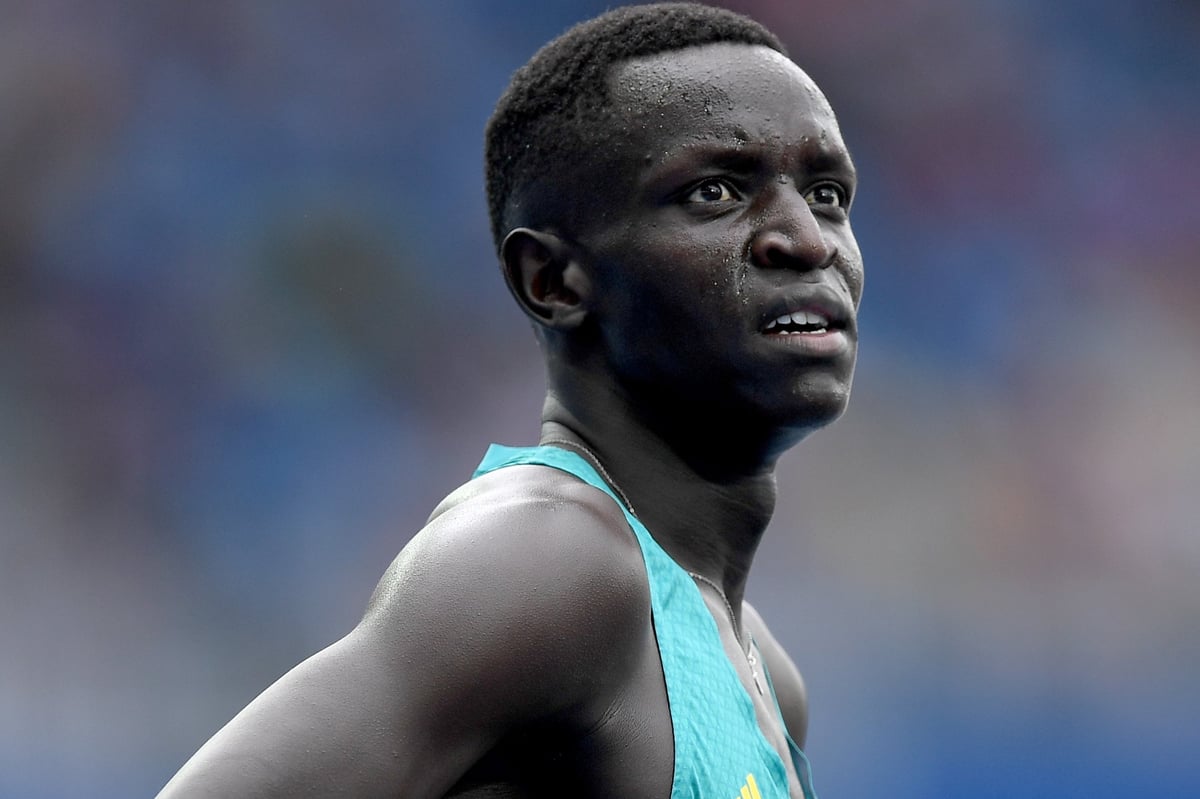 Peter Bol after his race at the Olympic Games in Rio in 2016. Image: Getty.

In early 2018, Bol suffered from a stress fracture which saw him miss the Commonwealth Games selection. By 2019 though, he had come back stronger and managed to win Australia's national title and become Australia's only representative at Doha's world championships.

Amid his gruelling training schedule, he has also completed a Bachelor of Construction Management and Economics degree at Curtin University.

Following Wednesday's final, Bol said: "Someone said did you feel the pressure of the whole nation behind you, I said no, I think I feel strength.

"No pressure, no nerves that I couldn't control, and it was just one of those races you can't win."