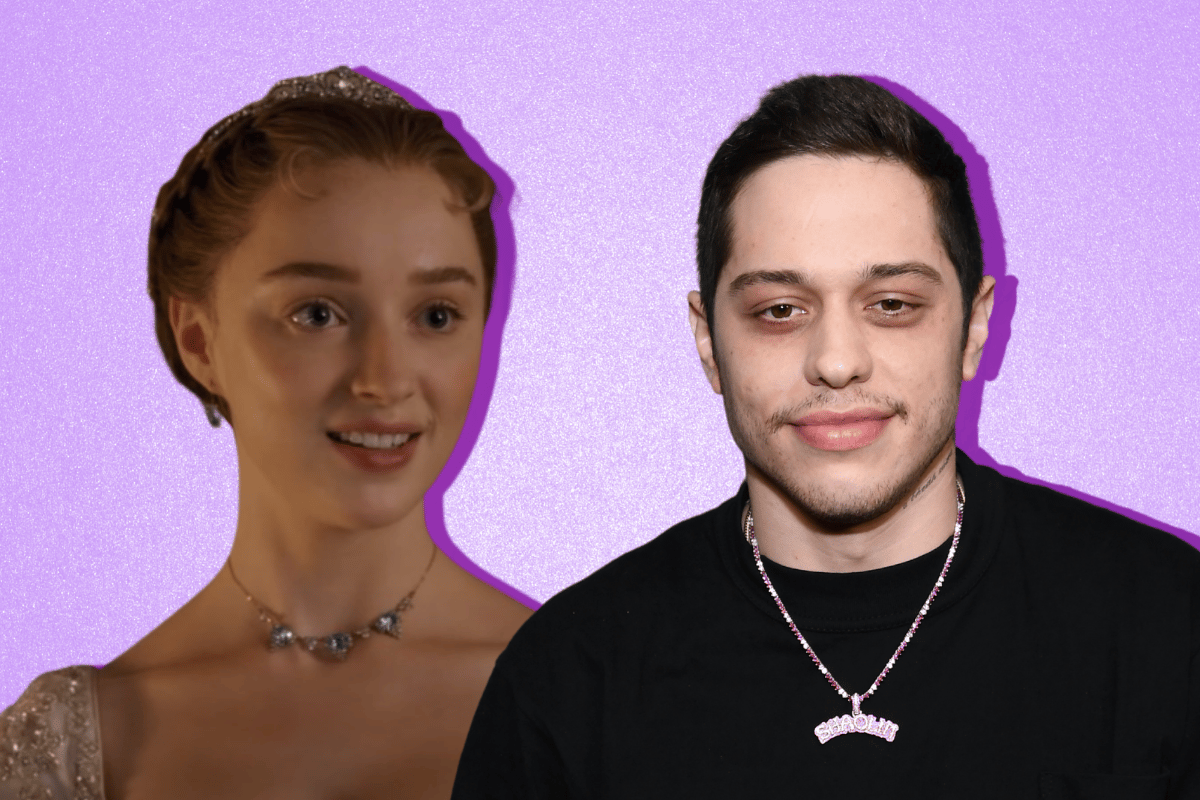 1. The Pete Davidson-Bridgerton love triangle no one saw coming.

Dear reader, there's rumours going around that Bridgerton star Phoebe Dynevor is dating Pete Davidson. And we honestly don't know what to believe.

Earlier this week, The Sun reported that Dynevor apparently invited Davidson (aka Ariana Grande's ex fiancé) to stay with her in the UK.

"Pete is a real charmer and has hit it off with Phoebe, who is obviously beautiful and talented. They have been enjoying each other’s company, although they haven’t known each other long," an anonymous source supposedly told the publication.

"The fact he has flown all the way to the UK shows how interested he is."

According to ELLE, Davidson was also photographed in Altrincham, Greater Manchester on March 21. Interestingly, Dynevor has reportedly been living in Manchester with her mum.

The Sun also claimed that the pair have been spotted together near Dynevor's home in North London and in Altrincham.

However, at this stage neither Dynevor nor Davidson have confirmed the news, so it looks like it could also just be one very big and very surprising rumour.

2. Chrissy Teigen has broken up with Twitter for good.

The 35-year-old told her 13.7million Twitter followers that she's leaving the platform on Wednesday.

"Hey. For over 10 years, you guys have been my world. I honestly owe so much to this world we have created here. I truly consider so many of you my actual friends," she wrote.

"My life goal is to make people happy. The pain I feel when I don’t is too much for me. I’ve always been portrayed as the strong clap back girl but I’m just not," she continued.

"My desire to be liked and fear of pissing people off has made me somebody you didn’t sign up for, and a different human than I started out here as! Live well, tweeters. Please know all I ever cared about was you!!!"

Teigen went on to say that she's made mistakes "throughout years and in front of hundreds of thousand" and has "learned an incredible amount".

"God I have said f**ked up s**t and killed myself over it as much as you killed me. But one thing I haven’t learned is how to block out the negativity."

"I’m just a sensitive s**t, okay!? I don’t wanna be this way! I just am! But I love you guys and I cherish our time together, I truly do. I also hate you," she concluded the post, with a heart.

The model also hinted that she wasn't entirely happy on Twitter earlier this week.

"I really don't wake up every day trying to make you mad but somehow I manage. And u say I have no talent. That's something I guess," she wrote on Monday.

We're sad to see her go.

3. Prince Harry and Meghan are getting a third lifetime movie. And it’s called ‘Escape From The Palace’. Need we say more.

Lifetime is creating their third Harry and Megs dramatised movie instalment in Harry and Meghan: Escape from the Palace, and wow, we are in for a treat. 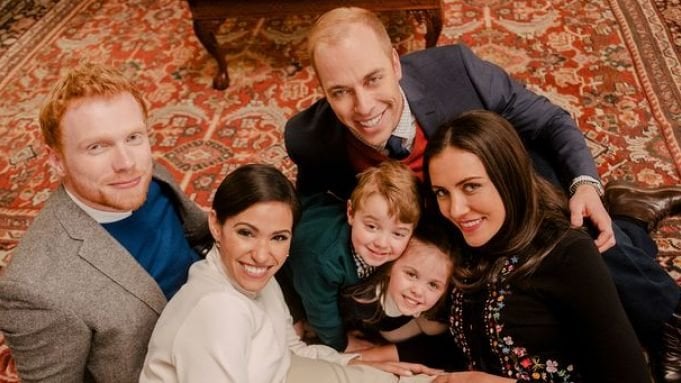 It seems like the team have found their niche in the couple, having released two previous films on them: Harry and Meghan, in 2018 and Harry & Meghan: Becoming Royal a year later in 2019.

According to Lifetime, this film will detail why the pair decided to leave, which includes Meghan's growing isolation, their disappointment in 'The Firm', and their search for a better future for Archie.

They also claim it will "reveal the private family feuds between Will and Harry, Kate and Meghan, and Harry with Will and Charles".

This reenactment will feature a new cast as the second film did, and casting is currently underway.

The movie will debut later this year.

4. Jock Zonfrillo on the exact moment he hit rock bottom.

Masterchef Australia judge, Jock Zonfrillo has opened up about his teenage years, sharing that he had a heroin addiction that almost ended his career as a chef before it even started.

Zonfrillo spoke with The Australian Women's Weekly this week explaining that he started using heroin at 15 years old, around the same time he started working in the kitchen.

"I was high functioning. I was always in the kitchen on time, ready to work. Except this one time during my apprenticeship... when I turned up for work four days late. In hindsight, I was lucky to be alive," the 44-year-old said.

When he was fired at 17, Zonfrillo moved to Australia where he landed a job at the Hyde Park Hotel.

"Marco [his boss] was amazing because he understood what was going on with me as a young man," he said.

"People were very quick to judge a drug addict. He didn't. I was on my last chance, there's no doubt about it, but he treated me exactly the same as everybody else."

The interview comes just weeks before Masterchef returns to screens, which according to Jock, will premiere "after Easter".

The entrepreneur, who founded Mushroom Group, Australia's largest independent entertainment company, passed away in his sleep at his home in Melbourne on March 2.

Sheeran broke down in tears on stage after performing a song he wrote for Gudinski while in quarantine last week.

"We did our first tour with him and soon after that I quickly realised that he was just a barrel of laughs," Sheeran, 30, said.

"It was just a tornado of joy everywhere he went. He just lifted the room and then f**ked off."

Sheeran was also joined on stage by Kylie Minogue for a duet of her song, 'Locomotion'.

Reply
Upvote
1 upvotes
How is it love triangle, there's only two people involved?
D
dudus temere gravis a year ago