When it comes to travel, Madolline Gourley knows how to save a buck or two.

The 30-year-old Brisbane web editor travels around Australia without dropping a cent on accommodation.

Her secret? It has to do with cats.

As a pet sitter, Madolline stays in people’s homes for free in exchange for looking after their fury friend.

"You don’t get paid but you can get the place to yourself for up to three months sometimes. You keep the house maintained, you look after the pets. It’s just like living your normal life but in someone else's house," she told Mamamia

Watch: The scientific differences between cat and dog people. Post continues below.

She first found out about it three and half years ago from a fellow house sitter and has gone on to stay in over 30 homes around Australia and the world ever since.

"I just think it's cool that people open up their homes to strangers… and then being able to live in that house in really desirable locations for free is kind of what really sold it to me."

And now that international travel plans have been thrown out the window, Madolline says house sitting is a great way to travel around Australia for a fraction of the cost.

"House and pet sitting can be a great staycation alternative. Live it up in a nicer part of your city for a bit. Or if you wanted to get away for a long weekend, a house sit a few hours drive away might come up."

"I guess, being limited to domestic travel, it makes you consider places you probably wouldn't have thought about when there were overseas options."

So far, it's seen her travel to places like Launceston down in Tasmania and Darwin up in the Northern Territory.

"Darwin definitely wasn't anywhere I would have ever thought about going before COVID. And I actually really like it up there. So while COVID has been terrible - truly, it has opened my eyes to places within Australia." 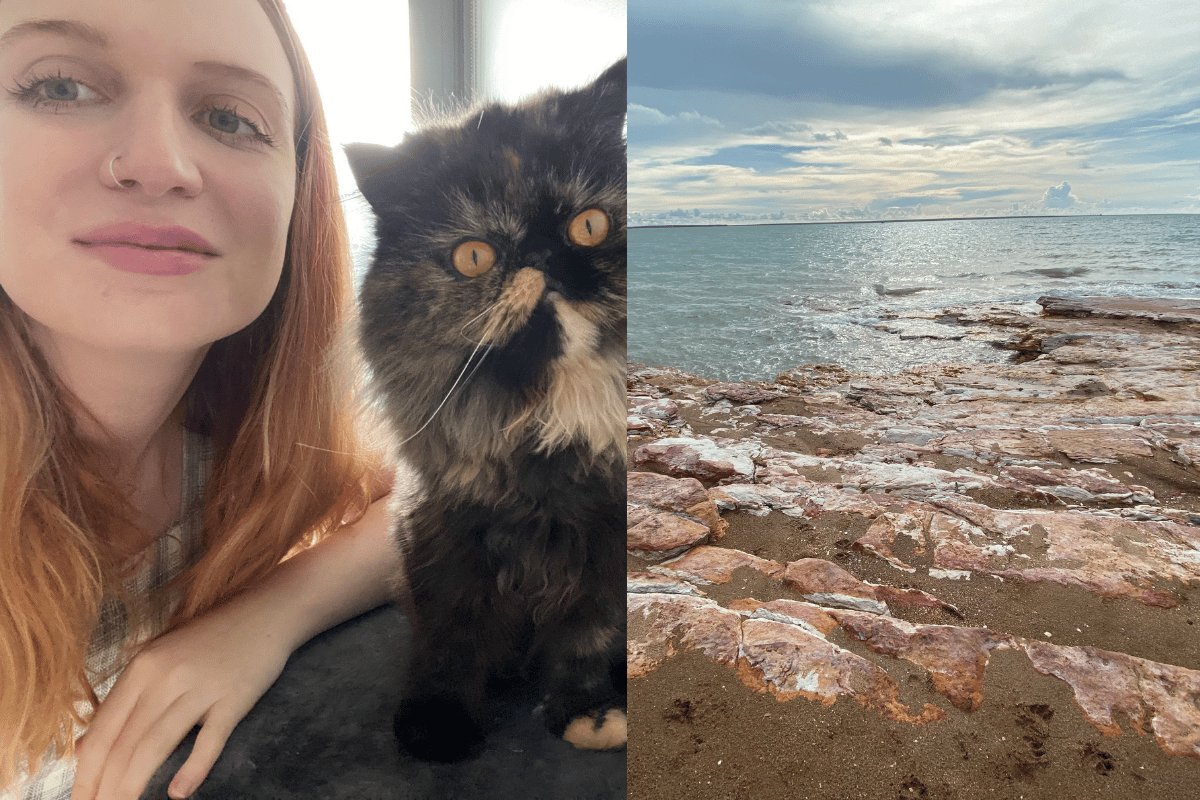 Madolline during her Darwin sit with cat Pepper. Image: Supplied. House sitting has also given her the change to visit places she wouldn't normally consider because of their price tag.

Just this Easter, Madolline looked after a Scottish Shorthair cat named Pixel in Sydney's Surry Hills, somewhere she never thought of staying before.

"I wouldn’t have ever considered staying in Surry Hills because it’s so close to the city. The hotels are quite expensive so the house sit has been great... I have saved $3,000 which means you have more money to spend on activities and food and shopping. And you made some really cool people out of it. " 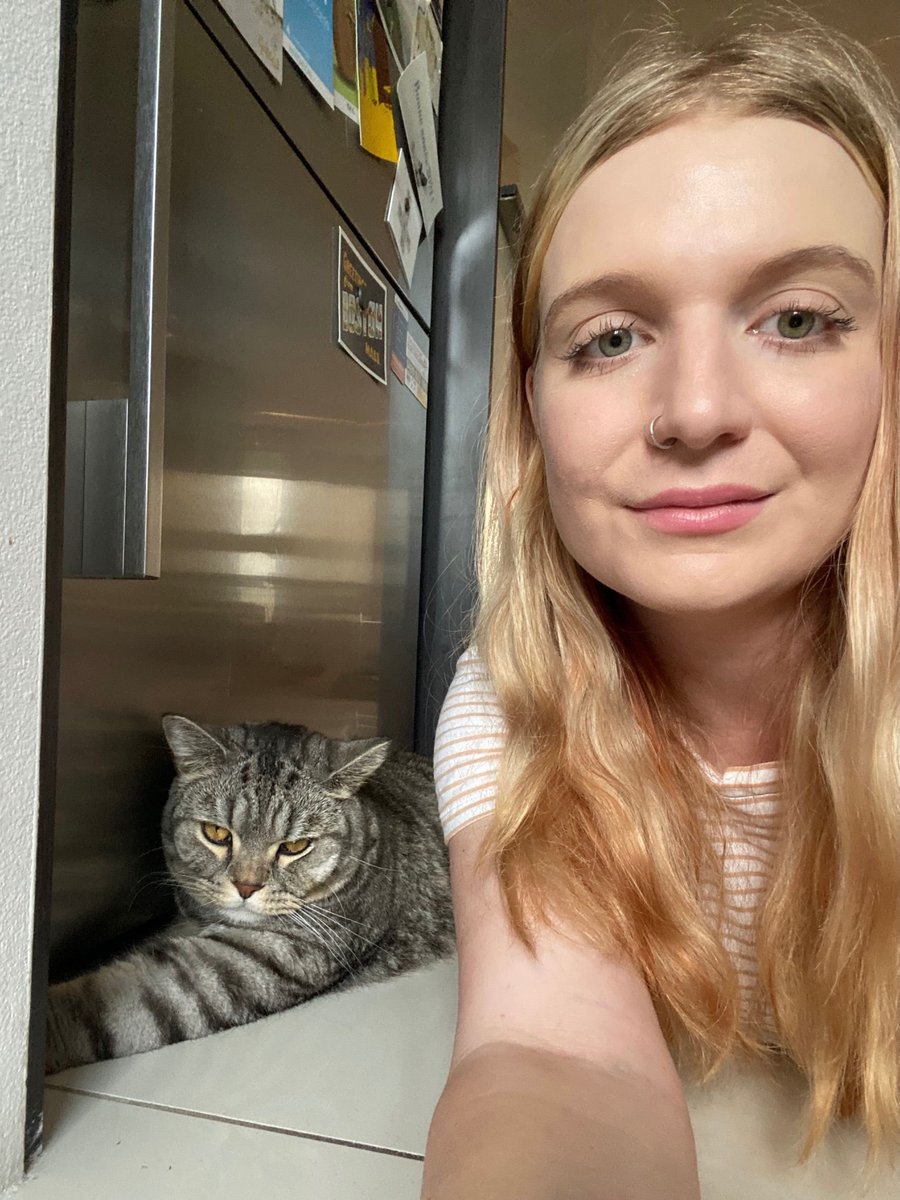 Madolline during her Surry Hills sit with cat Pixel. Image: Supplied. For Madolline, looking after pets is a small price to pay. And you can choose to look after a whole range including dogs, birds or rabbits.

But Madolline prefers to stick to cats.

"I guess [looking after] a cat is quite simple... you do get a lot more free time."

"The cat I'm caring for at the moment just needs to be fed once in the morning, once at nighttime, and then you give him some biscuits, as an afternoon snack. So his routine is pretty simple. But then there's been ones where it's like you have to mix this with the cat food and that with the cat food. And then you need to feed them three times a day."

But even when she has to follow more complicated cat routines, Madolline says there's still plenty of time to get out and explore the sites.

"As long as you feed them when their meant to be fed, and you play with them, either in the morning or when you come home, you're free to do as you please for the rest of the day." 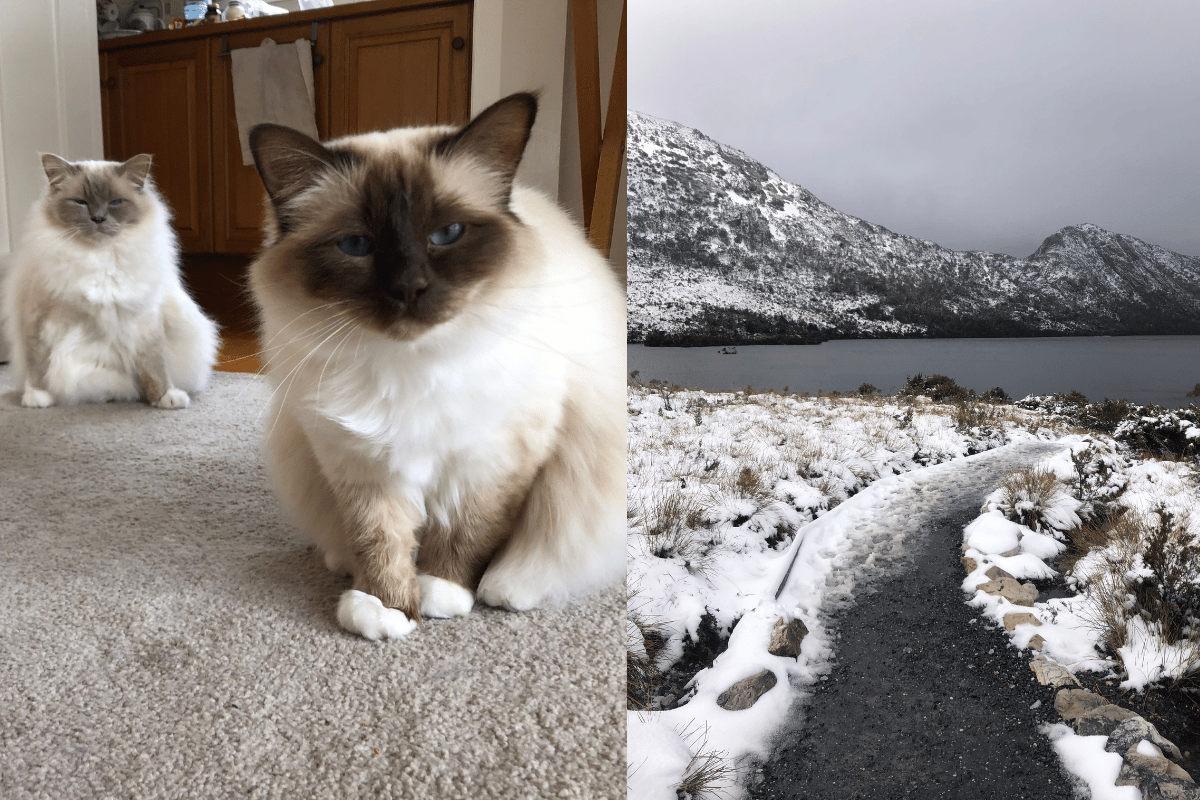 Madolline took care of Birman cats Dora and Abel during her visit to Launceston (photo of Cradle Mountain). Image: Supplied.

And becoming a pet or house sitter is surprisingly simple. Madolline says it's as easy as signing up to websites like 'Aussie House Sitters' and filling out an application just like you would with a job.

"I didn't have any house sitting experience when I started," she shared.

"I's just kind of like a job application. If you write your letter and your profile reads nicely, I think people are more inclined to hire you and not think too much about the fact that you haven't done it before. And then once you get one sit, and it ends well, you'll get a good review. And it makes it a lot easier to get more."

With international travel still off the cards, Madolline is looking forward to exploring more around Australia, 'one cat at a time'.

"I went to the Blue Mountains during the week... and it's somewhere I would love to house sit. It just seems like an amazing place to stay or go during winter. So I'll be keeping my eye open for sits out there."

For more house sitting tips or to follow Madolline's adventures, check out her blog here.