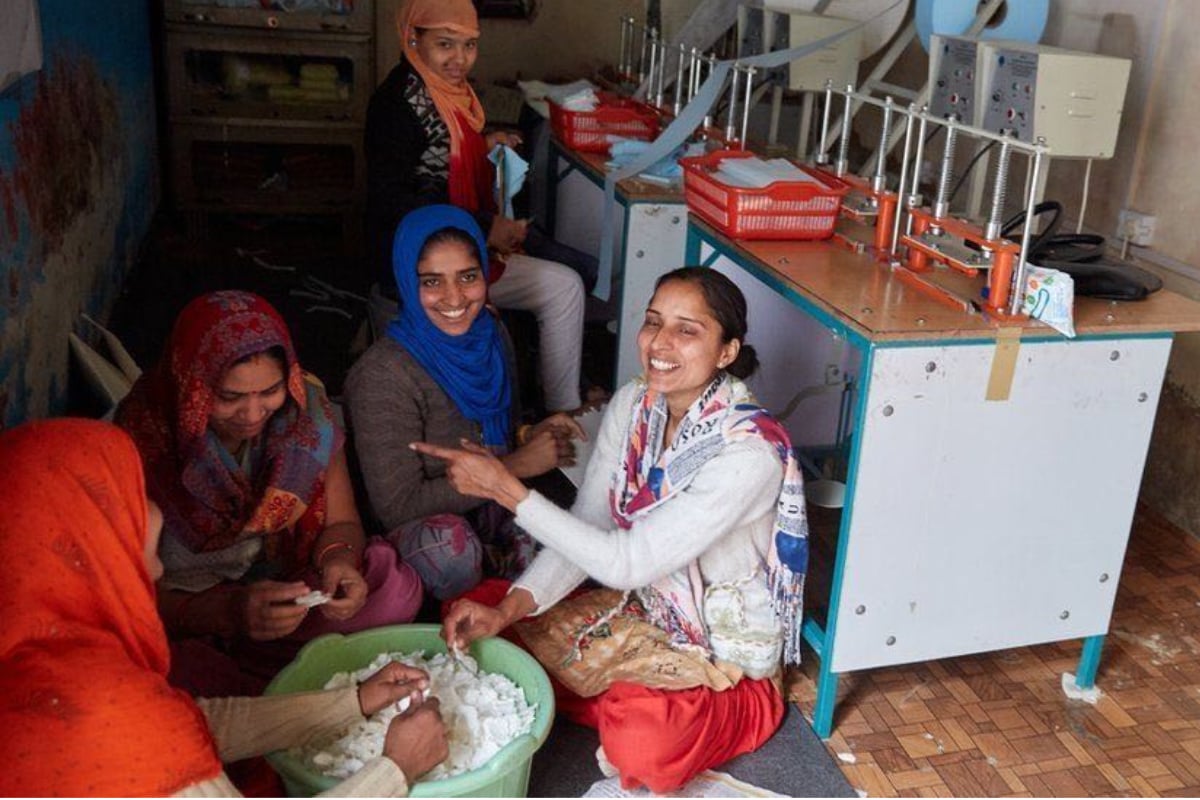 As Rayka Zehtabchi climbed the stairs to the Oscars stage, she cried.

Her documentary, Period. End of Sentence. had just won the Academy Award for Best Documentary Short.

She was happy over the victory, of course, but Zehtabchi needed to make sure the crowd knew exactly what her tears were for. So there was no confusion.

Here are all the best bits from the 2019 Oscars, including the speech by Period. End of Sentence. director Rayka Zehtabchi.

“I’m not crying because I’m on my period or anything,” she told the crowd.

“I can’t believe a film about menstruation just won an Oscar!”

Period. End of Sentence is a 26-minute Netflix documentary about the way menstruation can harm, or completely stop, a girl's ability to go to school and continue her education.

It also highlighted the work of an organisation called The Pad Project, which aims to deliver sanitary products to women in developing countries.

The documentary follows a group of women in rural India - where period stigma is commonplace - as they make low-cost sanitary pads following the installation of a pad machine in their village and work towards more accessible sanitary options and financial independence.

This machine, invented by Arunachalam Muruganantham, can produce pads for around five cents each.

In the film, one woman discusses how she dropped out of school when she got her period, as she didn't have sanitary products available and finding a place to change into clean clothes safely and privately became too difficult.

Many women in India use old cloths for sanitary protection, often reusing them. An estimated 88 percent of women in India sometimes resort to using ashes, newspapers, dried leaves and husk sand to aid absorption, according to a 2015 study on menstruation myths.

The 26-minute documentary is an emotional watch. You'll start off feeling sad, probably angry, at what these women face when they get their periods. Then you'll meet the man making the pad machine and you'll want to thank him. You'll laugh with the women as they start their own business and sell their own brand of pads - Fly.

By the end, you too will feel their sense of hope.

Twenty-five-year-old director Zehtabchi told Today travelling to India to film the documentary was a powerful experience.

"I think when I went there and was face to face with the women and talking to them in detail about their experience and building their relationships with them, it became really clear to me that it was a really big source of shame," she said.

"It’s held so many of the women back, for so long."

This is not an issue confined to just developing nations. Girls and women throughout the world are unable to afford sanitary products forcing them to stay home from school or work.

On Mamamia’s news podcast, The Quicky, host Claire Murphy interviewed Rochelle Courtenay, the founder and Managing Director of Share The Dignity about period poverty in Australia - which is "so much more common than what we ever imagined."

From Courtenay’s anecdotal research, she estimated that 27 per cent of female Australian high school students have missed school as a direct result of period poverty. When you consider that there are some girls living below the poverty line, who can’t afford sanitary items at all, that equates to an average of 400 missed days of school through adolescence.

"How does that not change the trajectory of their education?" Courtenay asked.

Period. End of Sentence's Oscar win shines a light on period stigma and the need to empower women and break the taboo surrounding menstruation.

As producer Melissa Berton said on the Oscar stage, "A period should end a sentence, not a girl's education."

Period. End of Sentence. is now streaming on Netflix.

You can donate to Share The Dignity, right here.