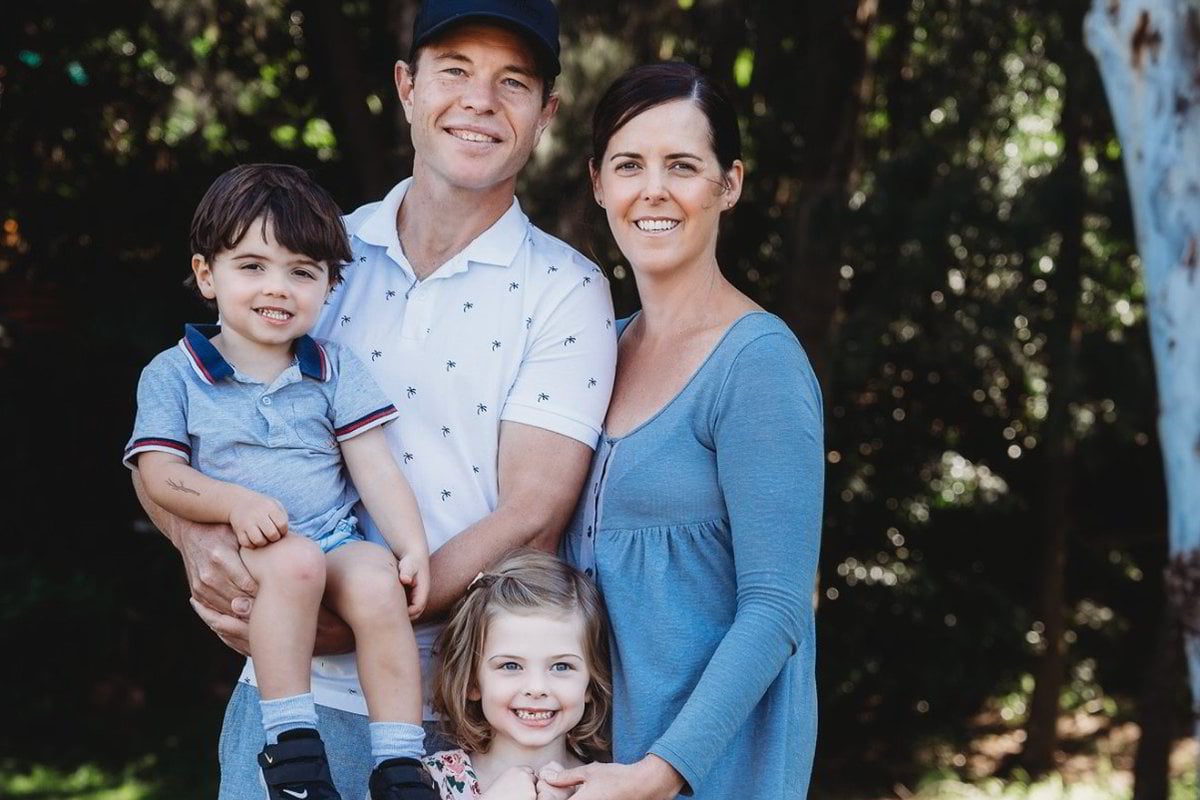 Stephanie’s traumatic birthing experience nearly stopped her from having any more children. The injuries she suffered as a result of a vacuum and forceps delivery in October 2015 with daughter Elsie left Stephanie with a pelvic organ prolapse.

This severe and life-changing injury means she cannot stand for longer than a few minutes, lift her children or any weight above five kilograms, and that she lives with chronic pain.

"After Elsie was born and for those first few months spent in agony, my husband Tom and I decided it was a 'one and we’re done' situation," Stephanie said.

"But then I remember one day looking at Elsie playing alone on the floor and thinking, but what about her? Perhaps she might like a sibling."

Once the couple made the decision to try for a second baby, Stephanie needed to unpack what had happened the first time to try to ensure it wouldn't happen again.

They met with a number of specialists who advised the couple that there were no physical reasons Stephanie could not carry and deliver another baby.

"It took us five years to fall pregnant with Elsie, but the second time around we decided that if it didn’t happen quickly, we wouldn’t keep trying, as it was too emotionally and physically draining.

"Thankfully, I found out I was pregnant just after Elsie turned one, then it became about finding the very best obstetrician and support team we could find."

Stephanie began meeting with her obstetrician Dr Simon Winder every week to closely monitor the pregnancy and talk through the birthing options.

"Sometimes my appointments would go for over an hour and I had his mobile number on speed dial. Having that level of care and support was essential. I also had regular appointments with a counsellor to deal with my anxiety.

"Physically, I actually found pregnancy to be a relief, as it made the prolapse less symptomatic. As my belly grew larger outwards, my uterus and the prolapse were sort of 'sucked up' so it gave me a bit of a break in the first two trimesters."

Listen: Stephanie is a guest on Me After You with Laura Byrne. Post continues below.

Stephanie initially thought she would need a c-section, and she spoke at length to her obstetrician as well as urogynaecologist Professor Hans Peter Dietz for advice.

"After beating cancer in my twenties, I have a lot of fear around needles. I did a lot of talking with and listening to the experts, and I made an informed decision that I wanted to try to have another vaginal birth.

"I asked to be induced so I could ensure my obstetrician would be present, and I was very clear about not wanting forceps or vacuum after my first traumatic experience."

With a range of flexible birth plans in place, Stephanie and Tom were excited to meet their new little human.

"As soon as we arrived at the hospital, the whole experience was very different and I was made to feel very welcome.

"It was all very calm as we met our midwife, Sharni, and we were shown to my room where they had even laid out a new singlet for yet-to-be-born baby Louis!

"I was given the induction drug oxytocin and everything went from 0 to 100 very quickly. I had a shower and asked for gas to help with the pain.

"With Elsie I hadn’t felt an urge to push, but this time I told the midwife it felt like I needed to do a poo!

"She asked me to lay down to check me over, just as my obstetrician appeared. He took one look and said, 'I can see your baby has lots of hair. He’s coming now!'"

Compared with Elsie’s birth that took over 25 hours, Louis' birth took about six. 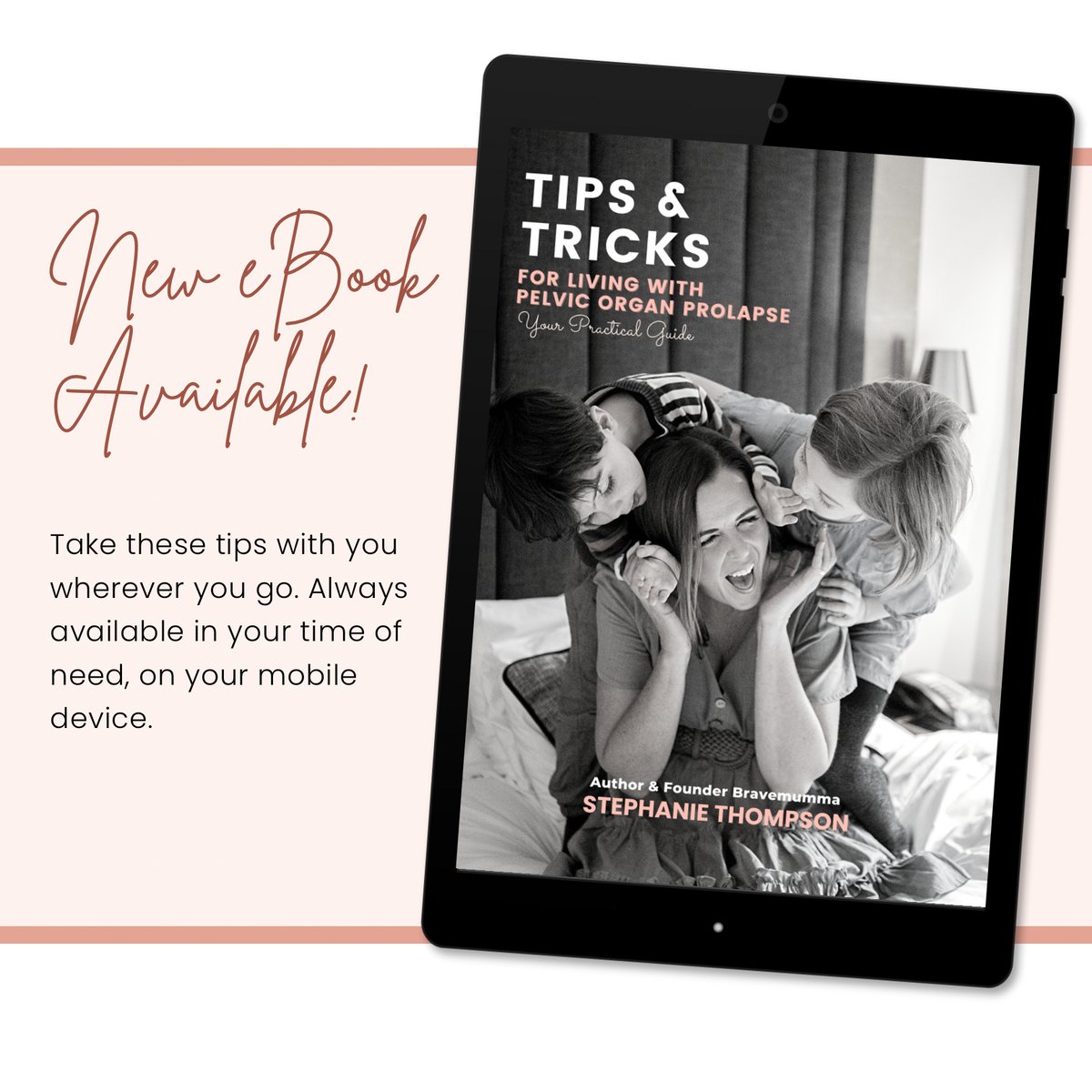 The plan included emptying Stephanie’s bladder with a catheter to stop it from being pushed out during the birth. She was also placed her on her left side so that Dr Winder was able to guide baby out without doing any more damage.

"Once in position, I did three big pushes and Louis was out! I wondered if there was something wrong, as it all went so quickly and so well. Tom and I cried as we held him and couldn’t believe how perfect he was. I had a small amount of tearing, but nothing much at all."

Stephanie stayed in hospital for the five full days learning to bond with and feed baby Louis.

"It was how I had pictured the birthing experience to be. It was beautiful. Whereas, with Elsie, I was barely checked over before being sent home in pain. This time it felt like luxury!" 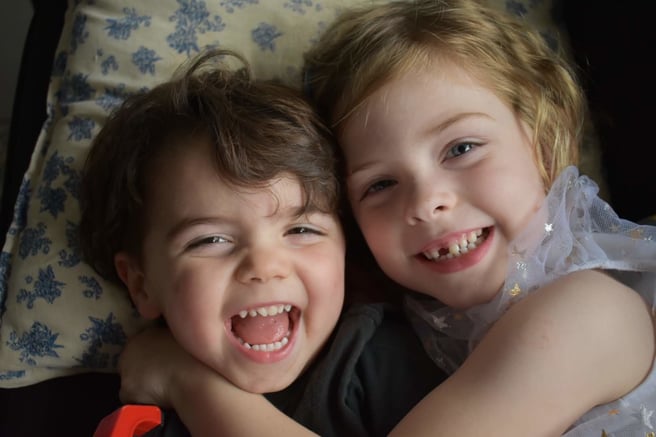 For Stephanie, her two vastly different experiences of birthing have completely changed her life.

Not only can she no longer work in her chosen career of teaching, she was left devastated by the trauma of Elsie’s birth. Statistics show that up to 40 per cent of women will experience some form of pelvic organ prolapse, while 11 per cent will undergo surgery for prolapse or experience incontinence in their lifetime.

Rather than let the physical and emotional pain overwhelm her, Stephanie used it to write her book, The Day My Vagina Broke as well as beginning the Bravemumma platform to educate others on behalf of women living with pelvic organ prolapse.

"I don’t believe there is one right way to give birth, but I do believe that women are not always listened to or that enough emphasis is placed on the best possible outcome for the mum, rather than just the baby.

"Many women I speak to are embarrassed or ashamed and are told to stop whingeing about their birth experience. There is a lot of grief and guilt around even discussing it.

"I am always asked about how I had another baby following such trauma, so I hope to use my story and the fact I was able to have a positive second birth experience as a way of changing the conversation around birthing for the better."

To find out more about Stephanie and her advocacy for women living with POP or who have endured birth trauma, visit her website: www.bravemumma.com

Her new book 'Tips & Tricks for Women Living with Pelvic Organ Prolapse' is out now and available to purchase here.

If you need support for POP or if you have continence issues, phone the free National Continence Helpline 1800 33 00 66 to speak to a nurse continence specialist about bladder and bowel health.