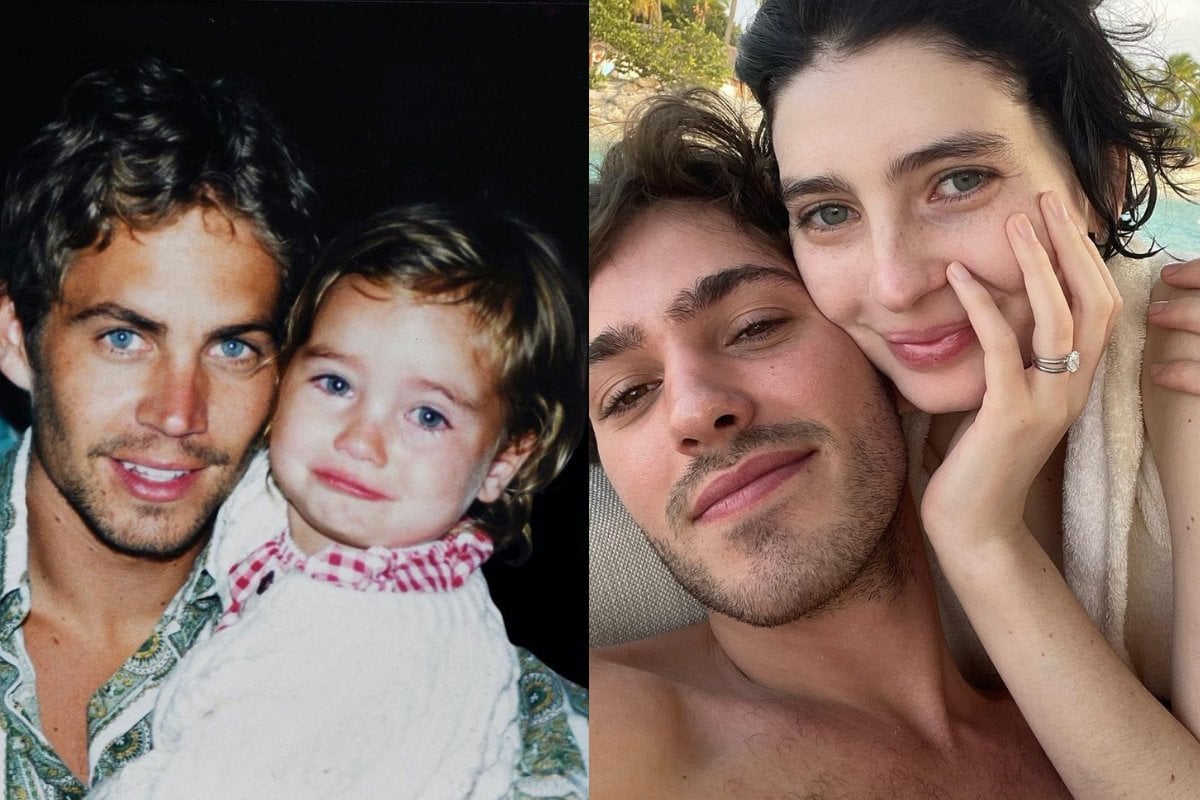 On November 30, 2013, Paul Walker was killed when the car he was riding in crashed into a concrete lamp post.

Earlier that day, Walker was hanging out with his then 15-year-old daughter, Meadow, and his mother, Cheryl. They were making plans to choose and decorate a Christmas tree later that day.

Then Walker received a text message, reminding him that he had to attend the Reach Out Worldwide charity event that afternoon.

His daughter would never see him again.

Walker would travel home from the event with his friend, Roger Rodas, with Rodas driving in his Porsche Carrera GT. While driving at 72 kilometres an hour, the car would slam into a concrete pole and two trees, and burst into flames.

In honor of my dad’s birthday today, we’re challenging you to DO GOOD! Share a video or photo of your random act of kindness and nominate 4 people to join the challenge! Be sure to tag the foundation as well as hashtag #PWFdogoodchallenge, so we can check out all of your posts! I nominate @marisamiller @vindiesel @meghanrochey & @lilchaseyk

Walker died from trauma and burns, while Rodas died from multiple traumas.

Cheryl has recounted his final steps in the upcoming documentary about his life, I Am Paul Walker.

“We were having this good conversation, and he’d forgotten about an event he had,” she says, according to People.

Walker then rushed out the door to attend the charity event, which was held at a race shop to raise funds to help the victims of Typhoon Haiyan in the Philippines.

“I think so many people think, ‘Oh, he was just a movie star who was killed in a car accident’. But there was so much more to him,” Cheryl says in the documentary.

“That was just a piece of who he was. He was an amazing man.”

In 2015, on her father’s birthday, Meadow posted a touching tribute to the dad she lost far too early.

"I am tremendously proud to be launching The #PaulWalkerFoundation on his birthday. I can’t think of a better way to celebrate my father."

This week, Meadow came on to social media to share major news regarding her relationship status...

"We’re married," she wrote on Friday, after tying the knot with her partner, actor Louis Thornton-Allan.

Watch Meadow Walker's special clip of her wedding day with Louis Thorton-Allan. You can watch the full clip here.

The pair were engaged for two months, Vogue reported, and married in the Dominican Republic, surrounded by just a few of their family and friends.

Their special day however, was impacted heavily by the coronavirus pandemic.

"Louis’s family wasn’t able to attend. A lot of close friends whom we consider family were also unable to attend due to travel restrictions," she said.

Meadow and Louis confirmed their relationship earlier this year in June, while attending the film premier of F9 - the latest film to be added to the Fast and Furious franchise.

Listen to The Well, a Mamamia podcast, where radio and TV host Robin Bailey and author Rebecca Sparrow road test techniques for a better, happier, and more meaningful life. Post continues after audio.

In a series of posts to Instagram, the model - who has previously appeared in runways for Gabriela Hearst and Anna Sui - had a custom Givenchy Haute Couture gown and veil created for her special day.

The 22-year-old would also go on to reveal it was Vin Diesel, a close friend to Walker and a fellow co-star in the Fast and Furious films, who had walked her down the aisle.

He is also the godfather to Meadow and has been open about staying close to her since Walker's death.

In the same month her relationship with Louis went public, The Pacifier actor told Extra: "She takes good care of me… She's the first person on Father's Day to wish me Happy Father's Day."

"To see her with my children is one of the most beautiful things. There are moments when I see her playing with Pauline and it hits me so deep ‘cause I can only imagine what my brother sees when he sees that… I feel very protective. It goes beyond the movie.

"The whole point of the Fast and Furious saga is the idea that brotherhood can be created by bond and not necessarily blood."