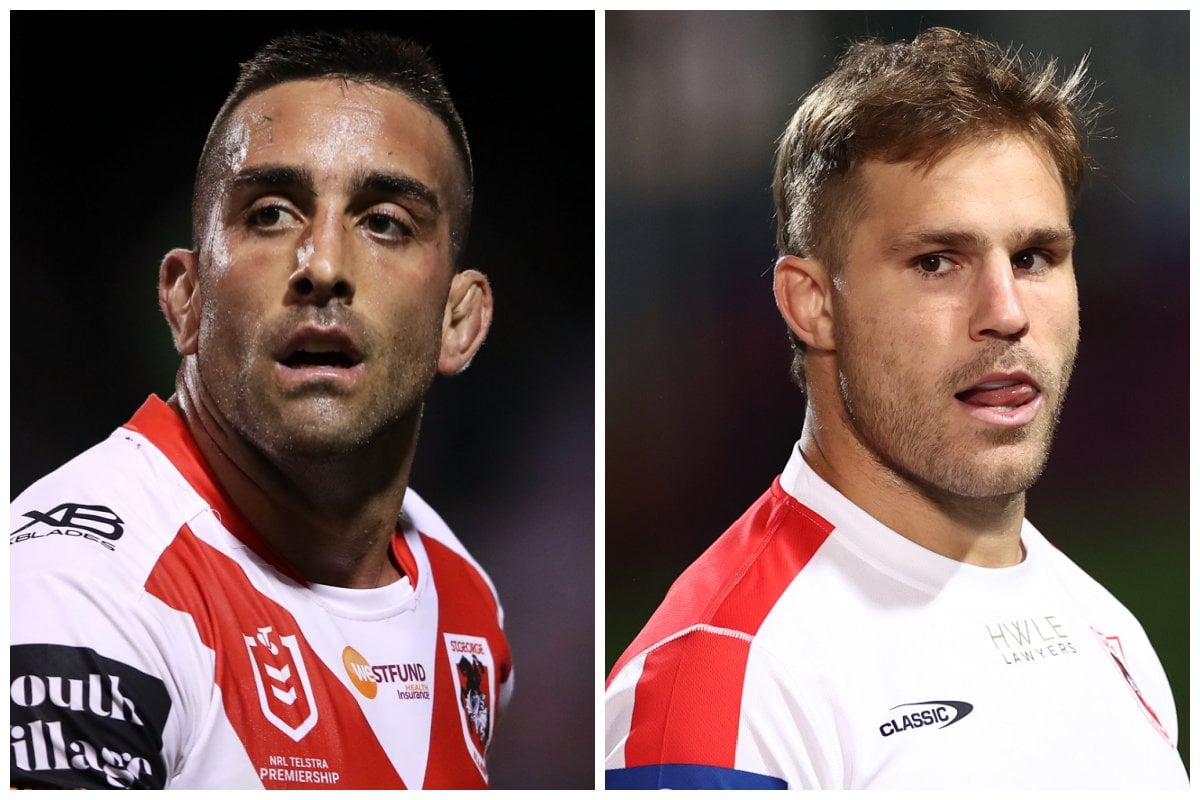 On Saturday night, more than five and a half million Sydneysiders were in lockdown.

For some, it's our second lockdown. For those on the northern beaches, who sacrificed Easter and then Christmas, it's their third.

Children on school holidays have gone without a trip up the coast, a visit to see their grandparents, or a tennis camp they'd been looking forward to. Entire workplaces have, yet again, shuffled home, working long days from inside the same four walls. Dinners and events and birthdays have been cancelled, with state borders slammed shut.

As always, there are a few exceptions.

For greater Sydney-based NRL players, their 'workplace' has remained open.

They're able to train at their club. They're afforded the privilege of running out onto the field, and playing a full contact game against players from Melbourne, Queensland and New Zealand.

But with that privilege comes some necessary restrictions.

Like everyone else living in the greater Sydney area, they're not permitted to have visitors inside their home.

They're also banned from leaving home unless training, playing or completing an essential household task.

They're the conditions upon which first grade players still get to compete and earn, in the case of, say, Jack de Belin, an estimated $700,000 a year.

And yet, one week into Sydney's lockdown, police in Shellharbour received a phone call.

Not only was Dragons prop Paul Vaughan hosting a party at his home, he and his mates were brazen enough to make enough noise that a neighbour complained.

At first, when police arrived at the property at 9:45pm, they thought there were six or so people in attendance.

But, as it turned out, half a dozen more were hiding.

One guest, NRL player Corey Norman, is said to have fled the scene, leaving his car parked out the front which just so happened to be fitted with personalised number plates.

Others crammed themselves into wardrobes and cupboards in a desperate attempt to hide from police.

One, it would later turn out, was much better at hiding than the others.

And then came Monday.

Despite their best attempts at a coverup, it was found that 30-year-old Jack de Belin was in attendance.

When police arrived, he'd hidden under a bed.

When witnesses said they'd seen de Belin in Shellharbour that night, the NRL Integrity Unit were told that he was walking his dog past Vaughan's place, and popped his head in to say hello.

De Belin knew 12 of his teammates were fined on Saturday night, and that they'd face repercussions from the NRL. He - as far as we can tell - was comfortable with his teammates covering for him.

It is one thing to be found to be breaching lockdown orders and the terms of your contract.

It is another to lie about it.

De Belin is just four games into his NRL comeback after the sexual assault allegations against him were dropped.

Along with another teammate, De Belin was accused of raping a 19-year-old woman in December 2018.

When de Belin returned to the field, he was met with a standing ovation from Dragons fans.

And barely a month into his comeback, one of the highest paid men in the NRL has breached the state's Public Health Order and the NRL's biosecurity regulations.

Less than a year ago, Vaughan, who hosted the party, was caught breaching the NRL's biosecurity bubble. He was fined $10,000 after eating breakfast at a cafe. He used a fake name to avoid detection.

At the time, he apologised for his "reckless and stupid" behaviour, but ultimately held onto his $800,000 contract.

For Jack de Belin, the fine from the NRL is $42,000 plus a one match suspension.

All up, $305,000 worth of fines have been distributed among 13 players by the NRL, but there could be even further sanctions.

The NRL has acted swiftly and appropriately. Their tolerance for players' blatant arrogance is clearly wearing thin.

Flouting the rules is a mark of entitlement - something I suppose we've come to expect of some NRL players.

But to lie even after being caught?

To hide in cupboards and under beds?

These are not just men who make the odd mistake.

They are men who do not know how to tell the truth.

Reply
Upvote
In the week leading up to Sydney's lockdown, there was the question of whether our kids' sports would go ahead. Their soccer and baseball clubs & associations made the call to pull the plug. That Saturday morning before lockdown went into effect at 6pm, I drove past our local park - the junior rugby league looked like it had the usual turnout of players and spectators. That sort of thing - and the sort of thing in this article - is why we'd have discouraged our kids from playing rugby league if they'd ever shown any inclination of doing so (which they haven't)