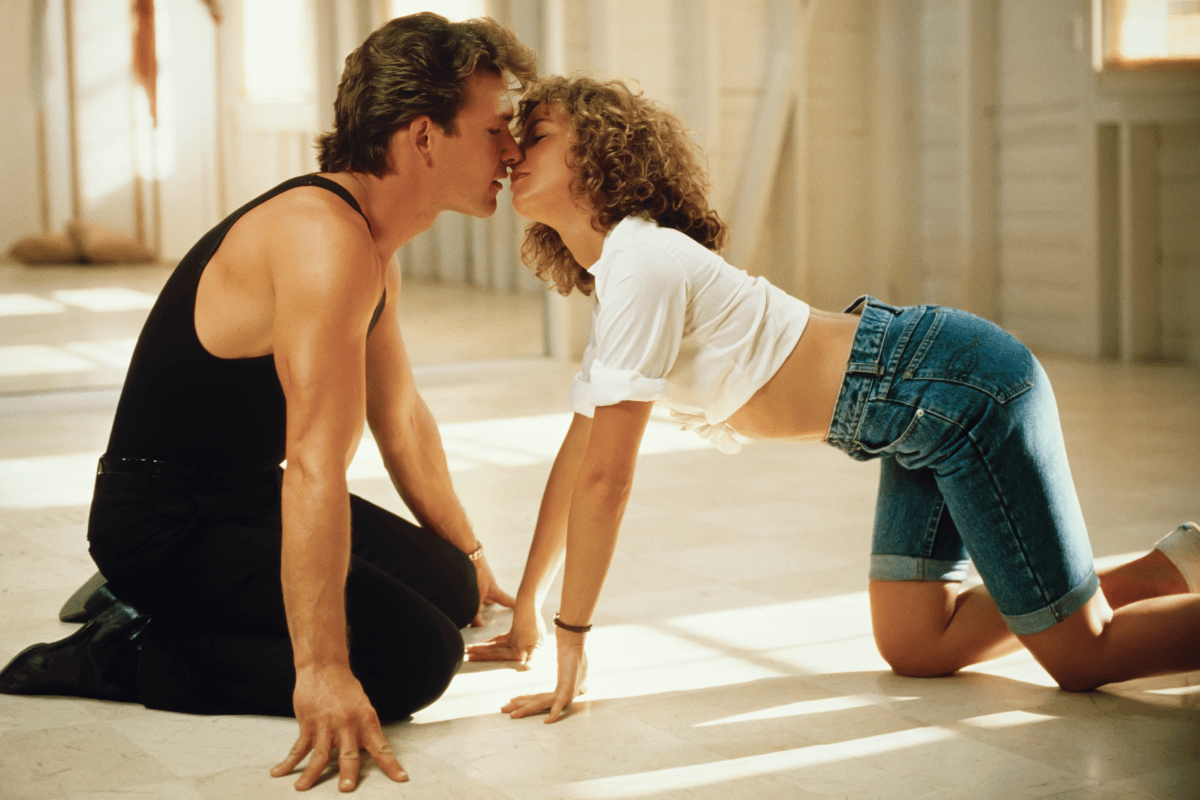 There's a reason why Dirty Dancing is universally adored.

The dancing, the actors, the storyline and the music all made the 1987 film a cult classic. It also catapulted the careers of Jennifer Grey and the late Patrick Swayze.

And the chemistry between their characters - Baby and Johnny - was palpable to say the least. The crawling dancing scene, the 'Hungry Eyes' scene, their late night in the cabin and the finale dance - just to name a few...

But according to Grey, there was zero chemistry between the pair. And if anything, there was tension and friction instead.

And it's for this reason why Grey wishes she could apologise to Swayze.

Watch: The Dirty Dancing 'Time of my Life' scene. Post continues below.

In Dirty Dancing, Johnny always felt slightly irritated with Baby - essentially for being a baby - but eventually we see his feelings change for her. But in real life, that irritation wasn't hard for either actor to bring to the table.

The pair initially met on the set of the action film Red Dawn as teens, a few years before they starred alongside each other in Dirty Dancing.

And apparently, Grey wasn't Swayze's biggest fan as she didn't like the way "he ordered everyone around".

A few years later, she was offered a role in Dirty Dancing which required some screen tests with varying actors, one being Swayze, and it almost discouraged her from auditioning for the film.

But, the pair filmed a practice dance scene and the chemistry between the pair was undeniable as Swayze recounted in his memoir.

"I lifted her, she posed beautifully, and I lowered her slowly to the ground, with our eyes locked on each other. It was a lovely moment, and very sexy. The room was absolutely silent - everyone was just staring at us."

The pair did have some similarities, the main one boiling down to their shared love of dance. 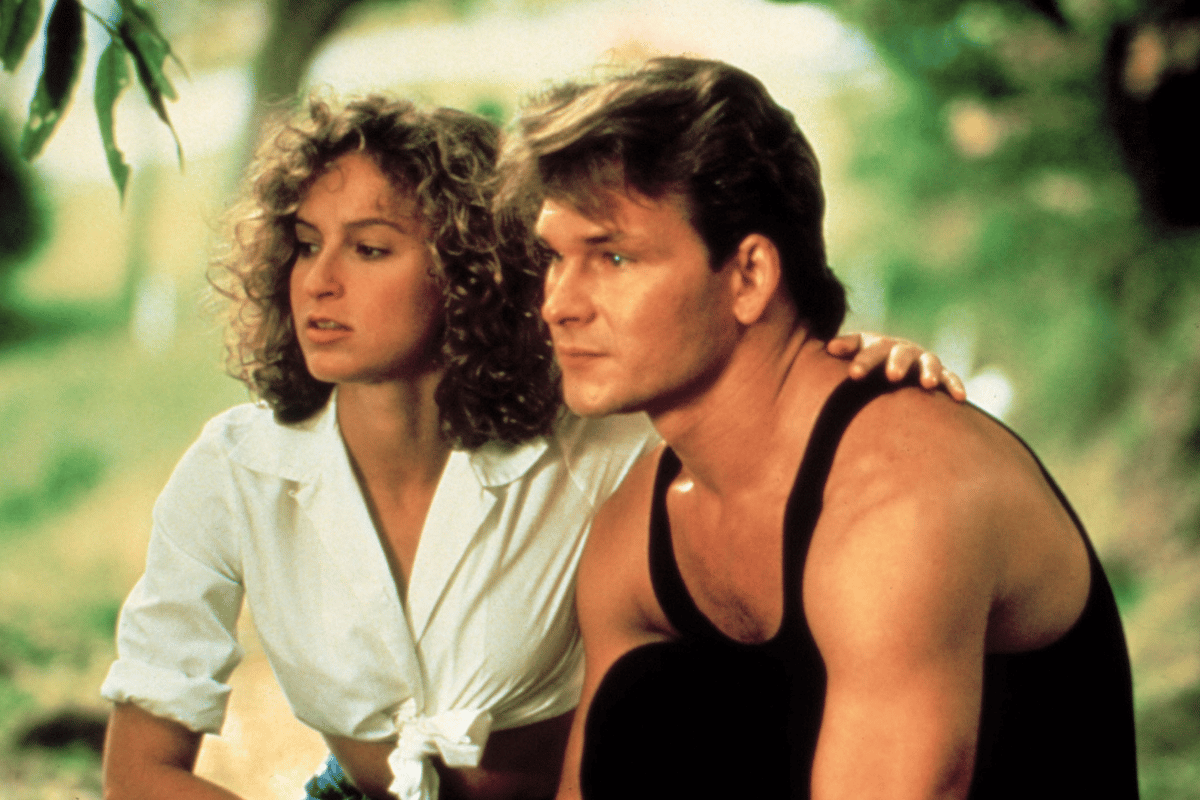 Image: Vestron Pictures. Grey is the daughter a trained dancer, and Grey attended Dalton school for performing arts and dance.

Swayze on the other hand was a ballet dancer before being an actor. He began at his mother's dance school in Texas and then went on to study at a ballet school in New York. An old knee injury meant he couldn't continue with ballet, turning to acting instead.

But regardless of the shared love and skill for dancing, things didn't click for the pair.

Swayze grew frustrated with Grey as she didn't pick up dances as quickly as he did, given he was more of a trained dancer than she was.

"She'd slip into silly moods, forcing us to do scenes over and over," he wrote in his memoir.

"He [Swayze] felt like she was a wimp," Gottlieb explained. "She was genuine, and naïve - you would do a take eight times and Jennifer would do it differently every time. Patrick was a pro. He would deliver the same thing again and again. She would cry easily, she was emotional and he sort of made fun of her. He was a macho guy."

As for Grey, she felt there was no spark between her and Swayze.

"I didn't think we had chemistry," she told Glamour.

For context, things were tense in Grey's life in 1987. Around the time of the film, Grey and her then-boyfriend Matthew Broderick were involved in a serious car crash. 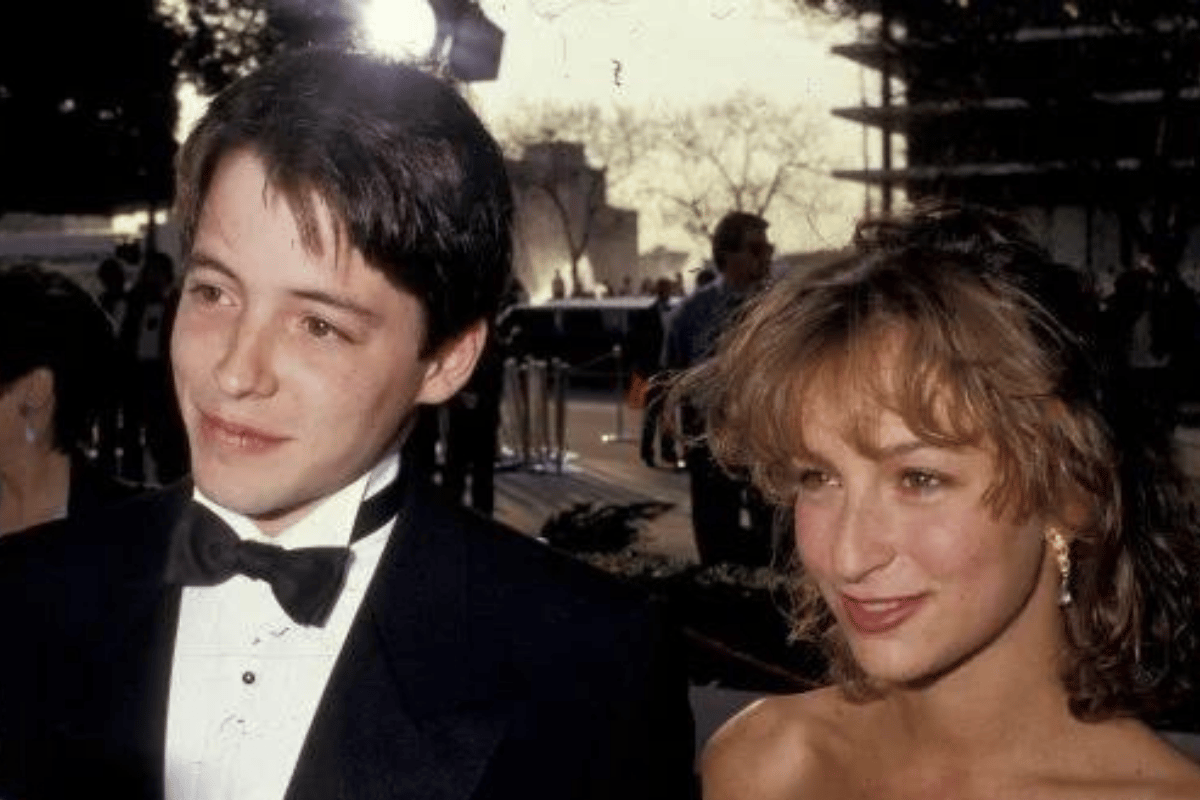 Image: Getty. It was a head-on collision that took place while the pair were vacationing in Ireland. Two occupants of the car Broderick hit - a mother and her daughter - were killed.

Grey sustained significant whiplash, and several ligaments in the back of her neck were torn. Her injuries prevented her from dancing for years, not to mention the emotional impact.

As for Swayze, he was struggling emotionally as well. His father had died a few years earlier, leaving Swayze turning to alcohol as a crutch. In his posthumous memoir Time of My Life, the actor opened up about his battle with depression and alcohol.

"I started drinking to numb myself to the creeping feeling of despair," he wrote.

"As I sank deeper into this hole and drank more and more, Lisa [Swayze's wife] didn't even recognise me. For years I had been dealing with my demons - feelings of inadequacy, fears I was never good enough. Seeing me depressed was scary for Lisa." 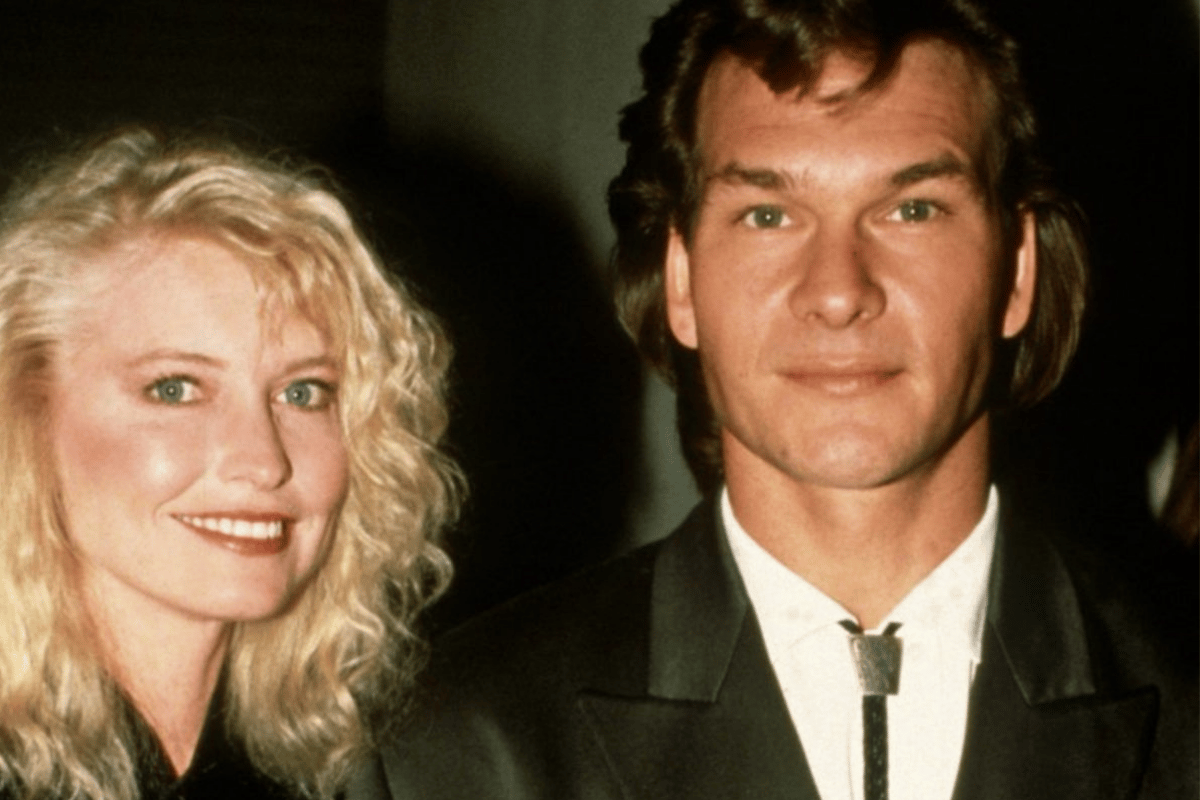 Image: Getty. But the friction between Grey and Swayze, without a doubt, made for a good film.

As Grey said: "The thing is that I believe tension is much hotter-looking than just love. And I think there was a very complex dynamic between Patrick and myself for the whole movie. Whatever our issues were, we had them, but they weren't talked about."

And over the years, neither had a particularly bad word to say about one another, always keeping things professional and polite.

Listen to the latest episode of The Spill. Post continues after audio.

Then when Swayze was diagnosed with stage four pancreatic cancer in early 2008, and passed in 2009 at the age of 57, Grey was devastated.

In a statement at the time, Grey said that when she thinks of him she most remembers being in his arms dancing and practising 'the lift' in the freezing lake.

"We had a blast doing this tiny little movie we thought no one would ever see. He was fearless and insisted on always doing his own stunts, so it was not surprising to me that the war he waged on his cancer was so courageous and dignified."

She added: "Patrick was a rare and beautiful combination of raw masculinity and amazing grace. Gorgeous and strong, he was a real cowboy with a tender heart. My heart goes out to his wife and to the rest of their family." 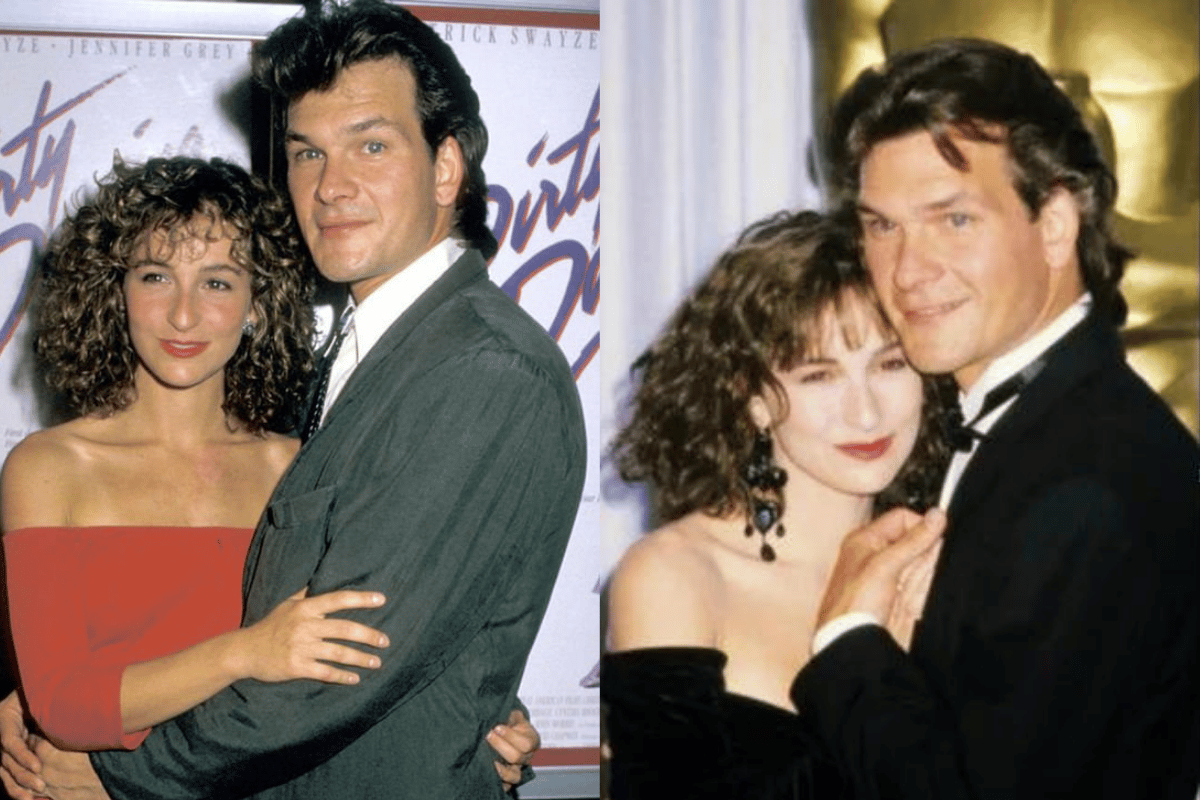 Image: Getty. 13 years on from Swayze's death, Grey is releasing a new memoir Out of The Corner.

PEOPLE has published some new excerpts from the memoir, in which Grey said she regrets the tension and wishes she could apologise to him.

"I feel like if I could say anything to him now I would say, 'I'm so sorry that I couldn't just appreciate and luxuriate in who you were, instead of me wishing you were more like what I wanted you to be," Grey wrote.

As for the memoir itself, the title is very apt.

Because now in her 60s, Grey wants to take up as much space as possible.

"That's a new feeling - to take myself out of the corner and to recognise that I have been putting myself there, through story, through narratives that weren't giving me the best life. I believe in my heart that the second half of a woman's life is the best half."