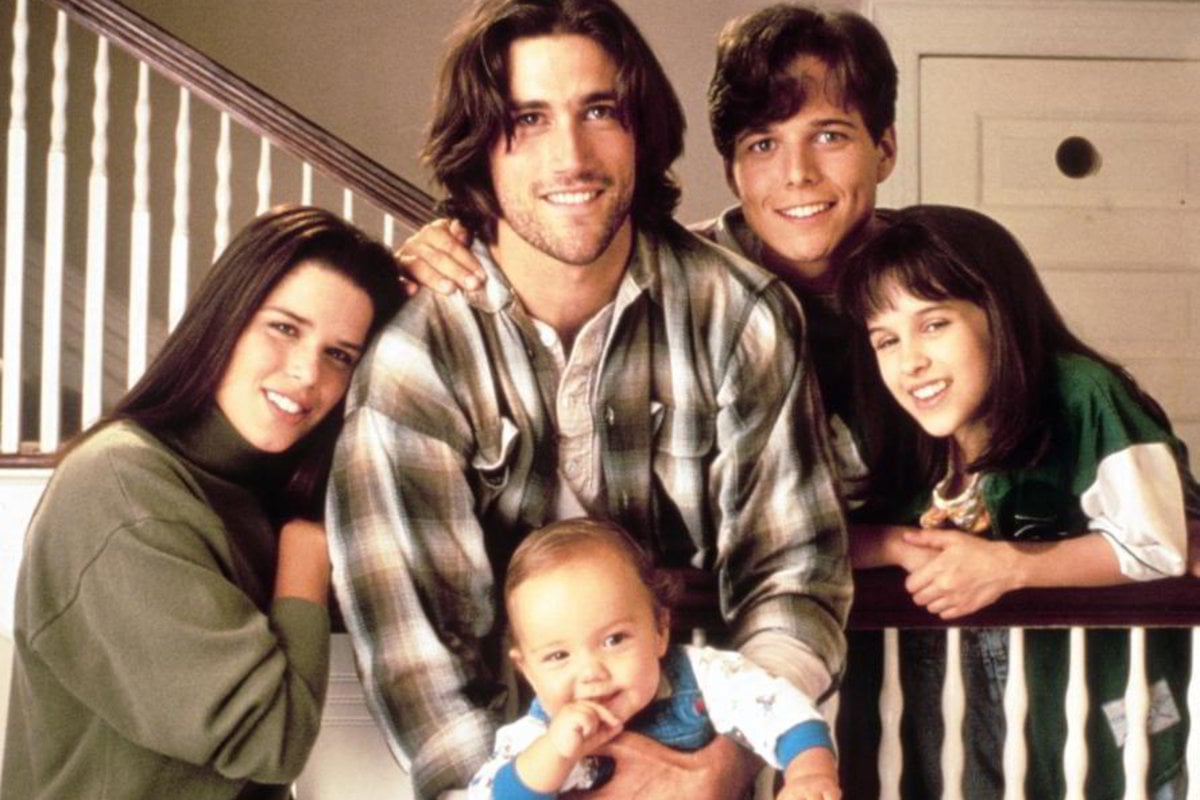 It's been almost three decades since we first met the Salinger siblings on Party of Five.

The 90s teen drama, which ran from 1994 to 2000, followed siblings Charlie, Bailey, Julia, Claudia and their younger brother Owen, who had to raise themselves after their parents died in a car accident.

The series ended up being rebooted earlier this year and instead centred around the five Acosta children who had to navigate daily life after their parents were deported to Mexico. But the show was later cancelled after the first season.

Now, 26 years on from Party of Five's premiere, the Salinger kids are all fully-fledged adults. In fact, most of them are now raising children of their own.

Here's a look at what they're doing now. 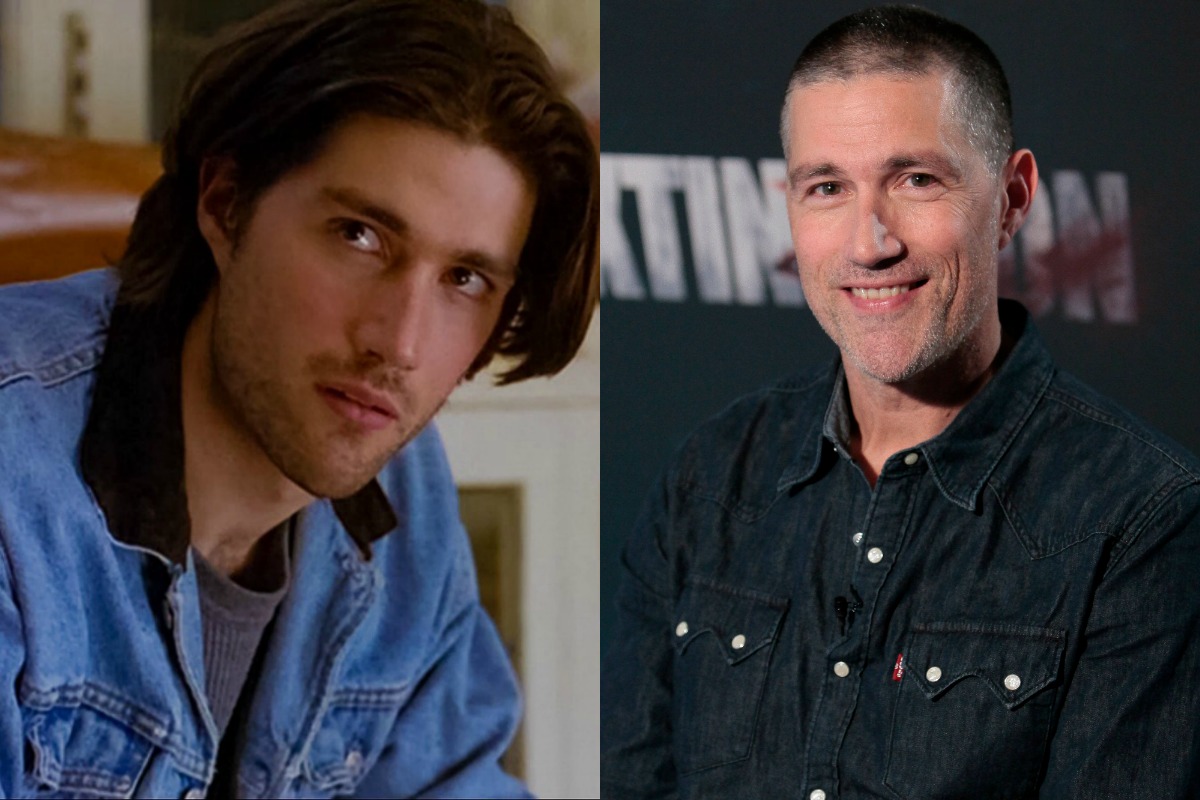 Matthew Fox's acting career took off after playing eldest Salinger sibling, Charlie. After the show wrapped up, the now 54-year-old went on to star in 2002 TV series Haunted before playing Jack Shephard in ABC hit drama series Lost. It was a role which earnt him Golden Globe, Emmy and Satellite Award nominations.

Fox has also had some run-ins with the law over the years.

In 2011, he was accused of assault by a bus driver who later dropped the suit. The following year in 2012, his former Lost co-star Dominic Monaghan made accusations against him, tweeting, "He beats women. Not isolated incidents. Often." He was charged with a DUI that same year.

Fox later told Men's Fitness magazine that the accusations were "a pile of bulls**t."

The actor also addressed the bus driver's suit in an interview with Ellen DeGeneres in 2012, explaining that the incident began when he was punched by another passenger on the bus.

"She was a woman that was in proximity to that, and she decided that she was going to write up a different version of events that happened that night and try to extort money from me," he said on The Ellen DeGeneres Show.

Fox is currently married to his wife Margherita Ronchi, with whom he shares two children. 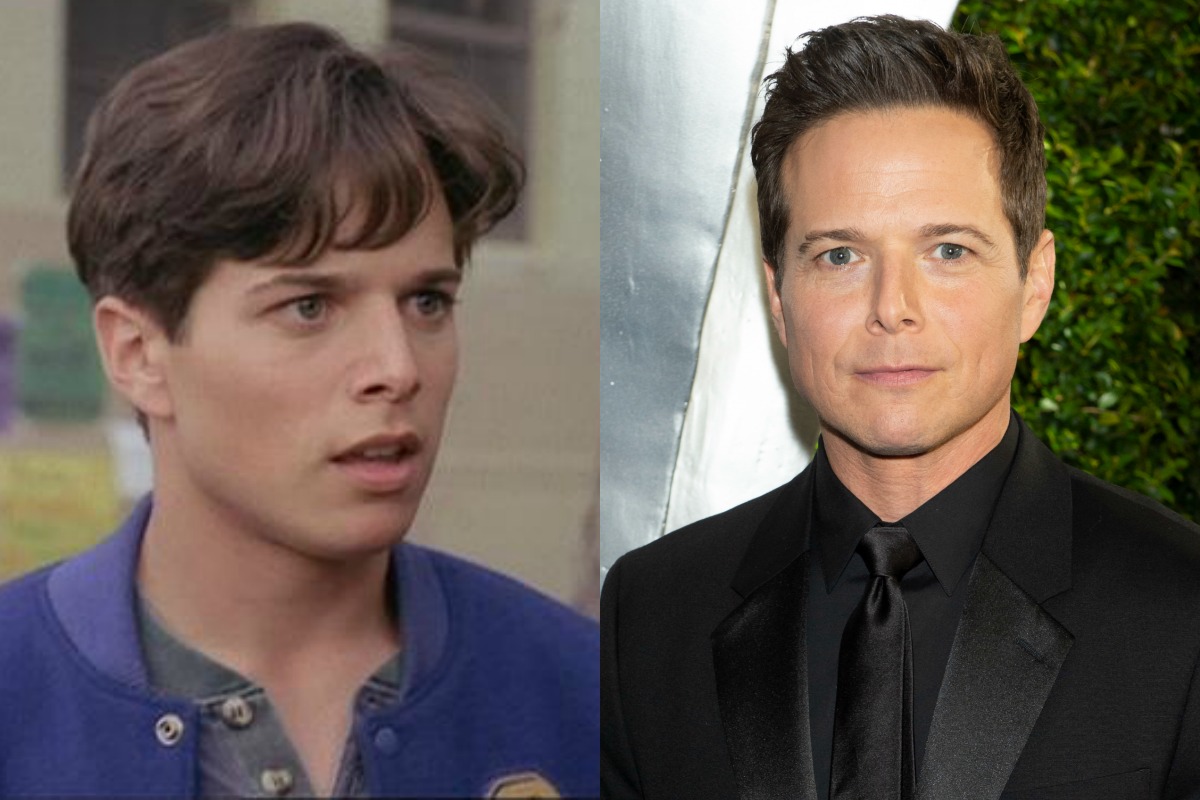 Scott Wolf played the second eldest Salinger sibling, Bailey. Just like his on-screen brother, Wolf continued to act after the show. In 2004, he joined the cast of Everwood as Dr. Jake Hartman and later appeared in TV shows The Nine, Perception and The Night Shift.

Outside of acting, Wolf is married to his wife Kelley Marie Limp and is a father of three.

The actor shared photos of his kids on Instagram last month for Father's Day.

"Since day one, being a father has meant everything to me," he captioned the post.

"Thank you my love for the greatest gift anyone could ever give me, making me a dad. Being a father to these three beautiful, curious, hilarious and kind hearted souls is the great joy of my life."

Since day 1, being a father has meant everything to me. I think this was around day 14. My life came to life through the love of my children, and was all born of the love of @kelleywolf. Thank you my love for the greatest gift anyone could ever give me, making me a dad. . Being a father to these three beautiful, curious, hilarious and kind hearted souls is the great joy of my life. . To all of the great dads out there, including my own, #happyfathersday 💙 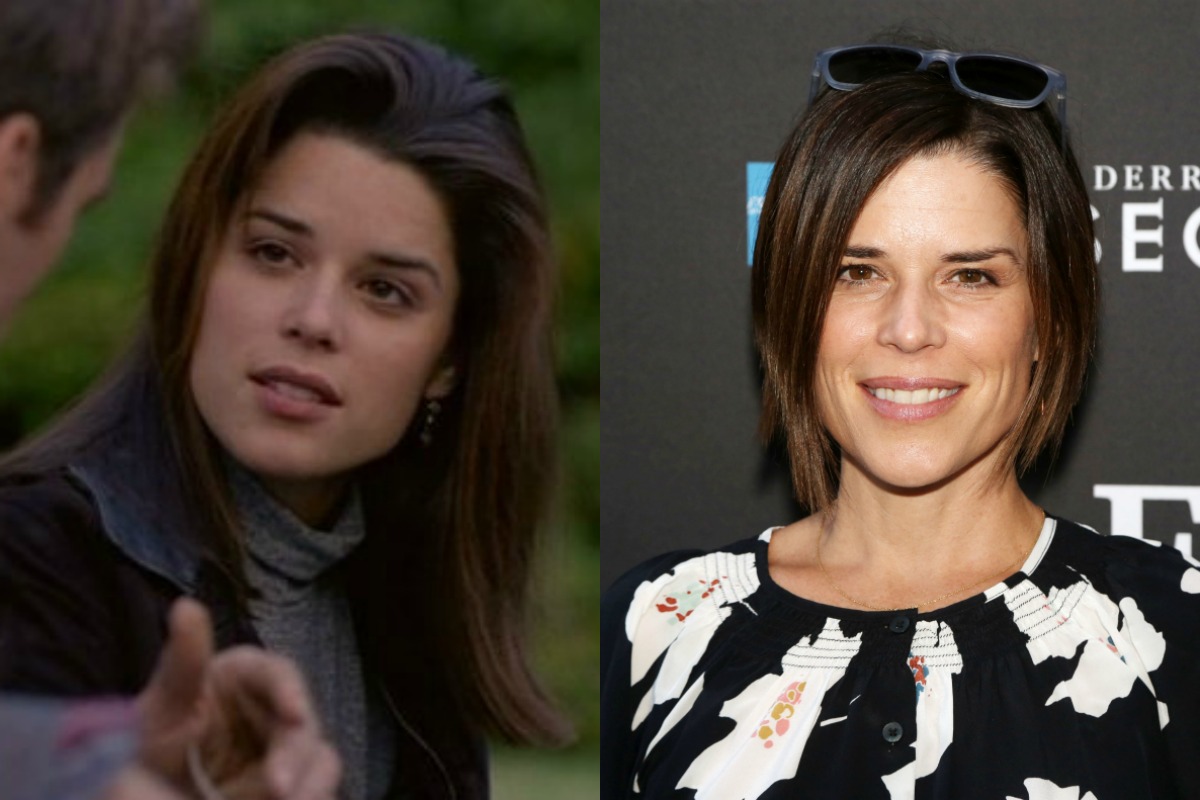 Neve Campbell scored her big break when she played Julia Salinger in Party of Five. The actress went on to star in 1996 films The Craft and Scream as well as its sequels.

More recently, she starred in TV series House of Cards, worked opposite Dwayne 'The Rock' Johnson in Skyscraper and appeared in the 2019 drama film Castle in the Ground.

In 2018, Campbell announced that she and her partner JJ Feild had adopted a baby boy named Raynor. The couple also share a son named Caspian.

"Sheer joy!!!!....So it’s been a secret up until now as JJ and I wanted to wait until it was official but we adopted a beautiful baby boy 5 months ago. His name is Raynor and we are madly in love with him," she wrote on Instagram at the time

"It’s the most incredible thing we’ve experienced. We’re so grateful for this beautiful light coming into our lives and we think of and are grateful to his birth family every day for such an incredible gift."

Sheer joy!!!!....So it’s been a secret up until now as JJ and I wanted to wait until it was official but we adopted a beautiful baby boy 5 months ago. His name is Raynor and we are madly in love with him. Our 6 year old son Caspian is over the moon and asks every morning “Can I hold my baby? Can I feed my baby? Can I play with my baby”. It’s the most incredible thing we’ve experienced. We’re so grateful for this beautiful light coming into our lives and we think of and are grateful to his birth family every day for such an incredible gift. This picture was taken moments after our adoption became official yesterday and I’ve been dying to share our news with you all! 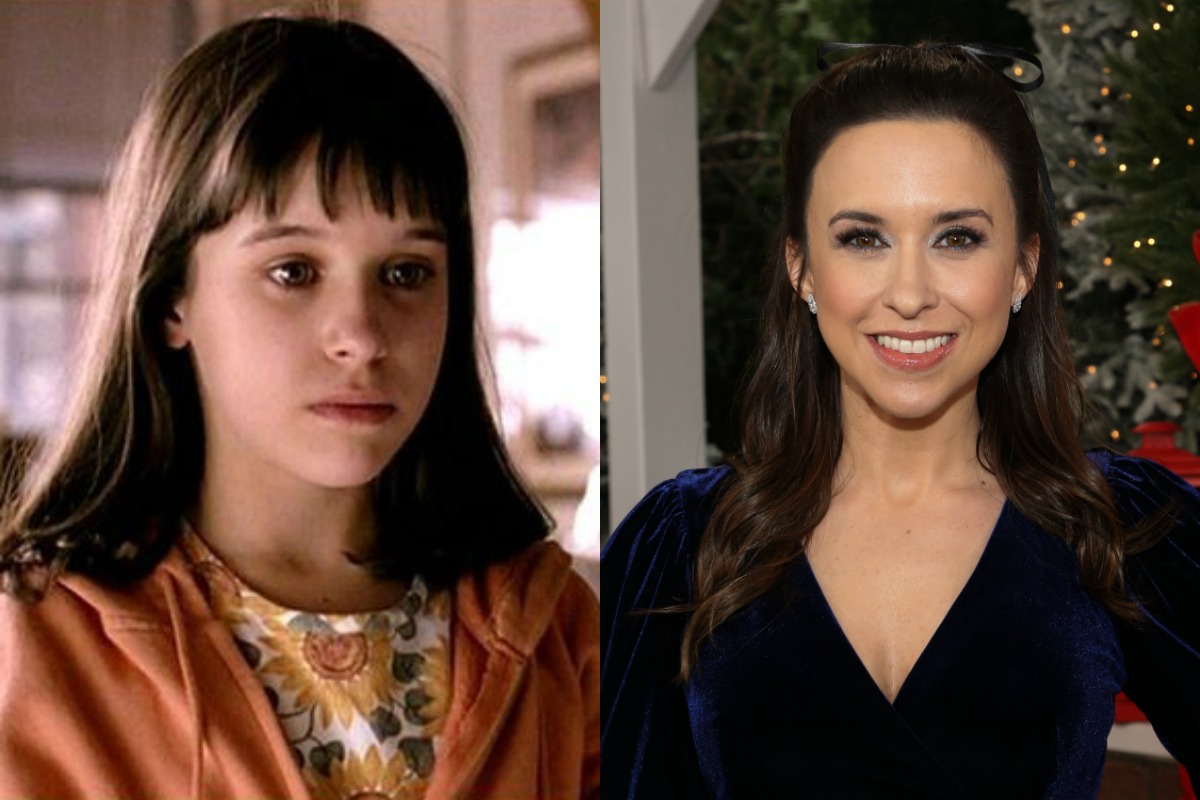 The youngest Salinger daughter was played by Lacey Chabert, who was just 12 years old when she joined the show. As Party of Five was coming to an end, Chabert performed the original voice of Meg Griffin in Family Guy, before the role was replaced by Mila Kunis. She also voiced the character of Eliza Thornberry on the animated series The Wild Thornberrys.

In 2004, she starred in the cult film Mean Girls and has recently appeared in a number of Hallmark Christmas films.

The 37-year-old also has a daughter with her husband David Nehdar. 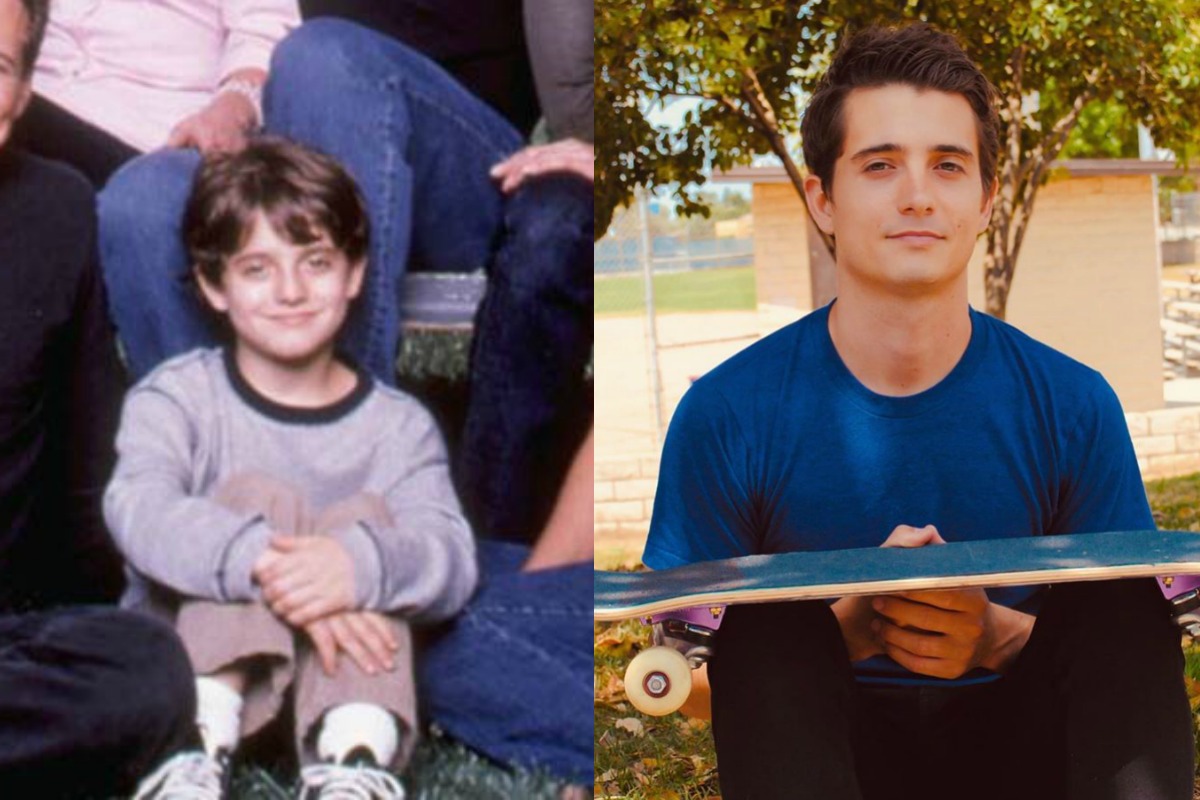 Owen Salinger was played by a number of child actors throughout the show and was later taken up by Jacob Smith. After Party of Five, Smith went on to appear in 2000 film Phantom of the Megaplex and stared as Jake Baker in the 2003 film Cheaper by the Dozen and the 2005 sequel Cheaper by the Dozen 2.

Thse days, he lives a relatively private life and keeps away from the spotlight. But he did appear in the Cheaper by the Dozen reunion video on Instagram where the cast recreated their character's scenes from the movie.

Who was your favourite character on Party of Five? Let us know in the comments below.