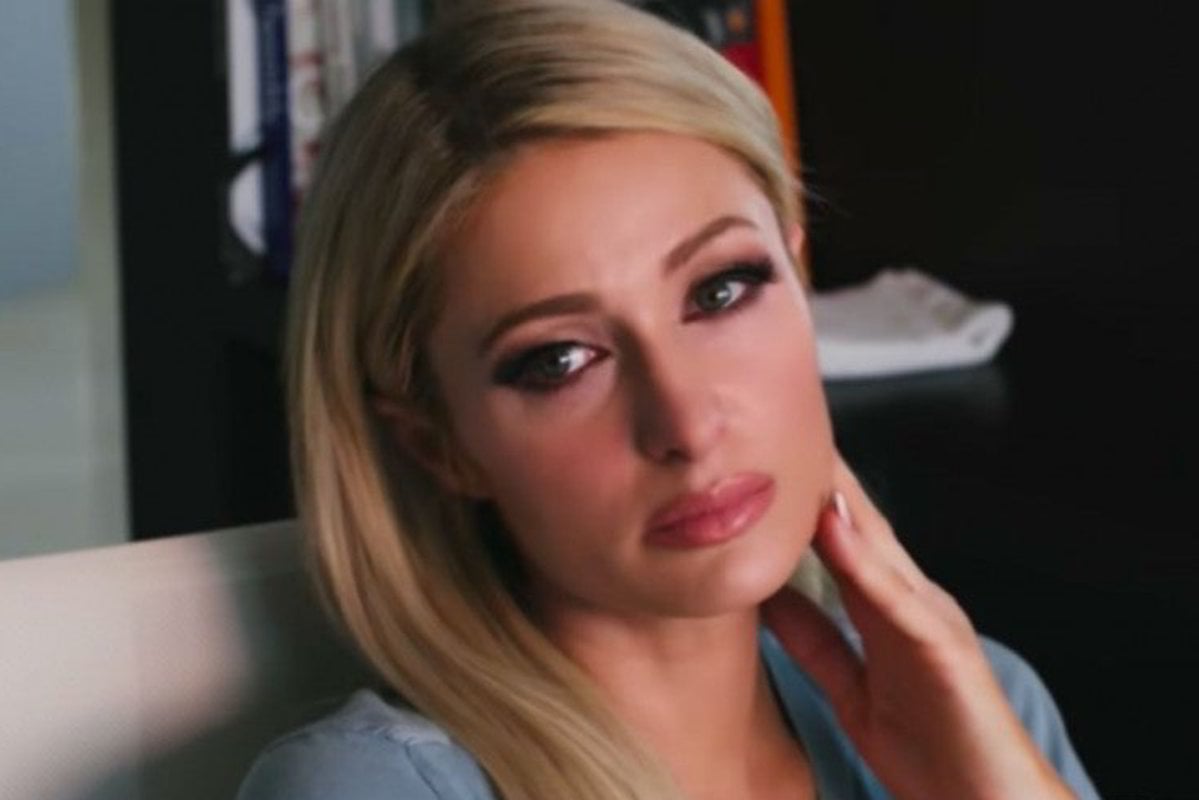 As an 18-year-old, Paris Hilton wanted to make her 'first real boyfriend', 13 years her senior, happy. So she didn't protest when he pulled out a camera and set it to record while they had sex.

When the couple split three years later, professional poker player Rick Salomon sold the tape, and it was distributed as One Night in Paris.

What followed is well documented in pop culture: The tape no doubt buoyed interest in Hilton's TV show The Simple Life - and the character that she played, of the 'rich, ditzy blonde' worked to confirm the public persona of the socialite.

The This is Paris official trailer. Post continues below video.

Hilton became the butt of the joke, in private and on huge, public stages.

SNL ran skits, Pink mocked her in her 'Stupid Girls' music video and David Letterman shared a monologue about her before a howling audience.

At no point did we consider Hilton, and the impact this would have on her. For years, she's been talking about the trauma that came with the tape.

In Netflix documentary The American Meme Hilton wiped back tears as she spoke about it.

"Literally overnight my entire life changed. It was all over every news station, every single talk show host, everyone was making fun of it," she said.

She then added, "It was like being raped. It felt like I've lost part of my soul and been talked about in such cruel and mean ways".

Hilton admitted she "wanted to die" at some points after the tape's release.

"I was like 'I just don't want to live' because I thought everything was taken away from me. I didn't want to be known as that. I would never be who I could've been."

Meanwhile, Salomon continued his successful poker career, distributed and profited off the sex tape, and had a number of other high profile relationships.

In 2002 he married Charmed actress Shannen Doherty, but their marriage was annulled after nine months.

In October 2007 he married Pamela Anderson. They separated 10 weeks later but then reconciled. In March 2008, their marriage was annulled. They later remarried in 2014 and Anderson filed for divorce after six months - which was granted in 2015.

Hilton spoken multiple times about how Salomon betrayed her by releasing the tape, and made money off it while she didn't receive any compensation.

It's been 16 years since the tape was released, and following the release of Hilton's documentary This Is Paris, the added context makes the public response to Hilton even tougher to look back on.

This Is Paris documents how Hilton was allegedly abused at Provo Canyon School for 'troubled teens' in Utah. She said students were relentlessly physically and emotionally abused.

She said if it wasn't for the abuse in school, she wouldn't have met her ex-boyfriend and made her leaked sex tape.

"I would never have let anyone into my life like [Salomon]. I met the worst person I could meet and if I hadn't gone to Provo, I wouldn't have entertained the thought of letting him into my life. Provo affected my future relationships," she told People.

"I was a teenager; I was in love. I trusted the wrong person. And I let that happen."

In her documentary Hilton said the reaction to the sex tape was traumatising.

"That was a private moment with a teenage girl not in her right headspace. But everyone was watching it and laughing, like it's something funny," she recalled.

Don’t let your past define you, destroy you or defeat you. Let it strengthen you. ⚡️ #ThisIsParis 🎥

Hilton was slut-shamed relentlessly and society didn't see anything wrong with that.

"If that happened today, it would not be the same story at all," she said in her documentary.

"But they made me the bad person, like I did something bad. It was my first real relationship. [I was] 18, I was just so in love with him and I wanted to make him happy. I just remember him pulling out the camera, and he was kind of pressuring me into. Like, 'Oh, you're so boring. Do you want me to just call someone else? No one will ever see it'.

"It was like being electronically raped, and for people to think that I [leaked] it on purpose? Because after that, all of these leaked tapes were coming out and it almost became like a blueprint to become famous. I didn't need to do that. I always had a plan."