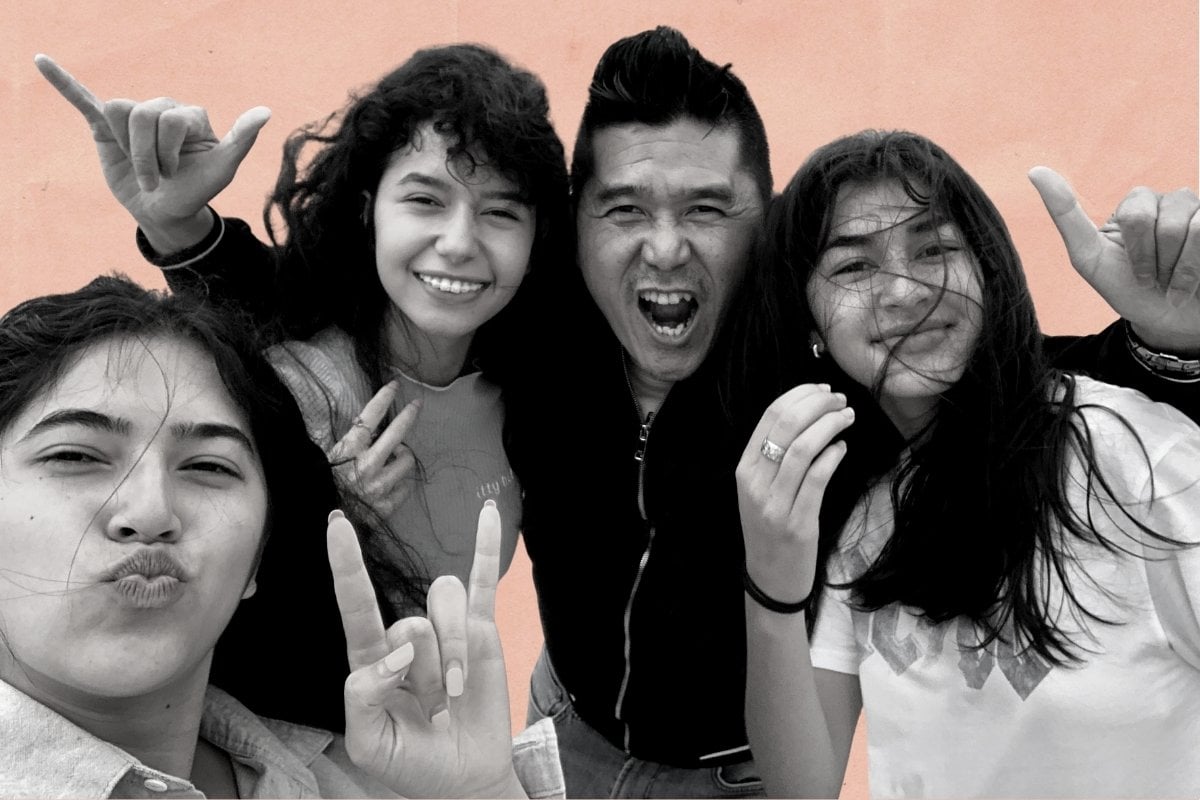 Ask a sibling who the 'favourite child' is in their family and most will have an answer. Ask a parent, though, and they rarely will.

Favouritism is one of the many taboos of child-rearing, an admission that parents only tend to make to themselves, quietly, guiltily.

But Sydney father Davy Nguyen is one of the few who owns his favouritism. He has three daughters, aged 13, 18 and 20, and though he stresses that he loves and respects them equally, he has no reservations in telling them which he prefers.

Do you know what it's like to be the favourite child?
Tonight on @insightSBS at 8.30pm. pic.twitter.com/xImXQ8W7PS

That could be any one of them, at any given time.

See, Davy's favouritism is not fixed. It's a "reward system" dictated by his children's behaviour, and so it typically rotates every few weeks or so.

Sometimes, he'll be explicit and say, "You're my favourite right now because...". But he mostly expresses his preference with actions like encouragement or extra attention. And the others are given an explanation as to why they aren't being rewarded and the ways in which they can improve.

His daughters can fall out of favour for a range of reasons, including spending too much time on social media, not completing homework or assignments, not contributing to mealtimes, and being argumentative.

"I want them all to have a balance with everything that they do. Social media is good, but they need to focus on their studies... they need to be able to communicate," he told Mamamia.

"To me, it's about planting that mindset that if you really want something in life, you've got to work hard for it. And that is what I'm trying to do with my daughters; empowering them, giving them the right mindset, giving them the right training, the right tools, so that when they leave and go into the real world, they can conquer the world without any fear. They will have resilience." 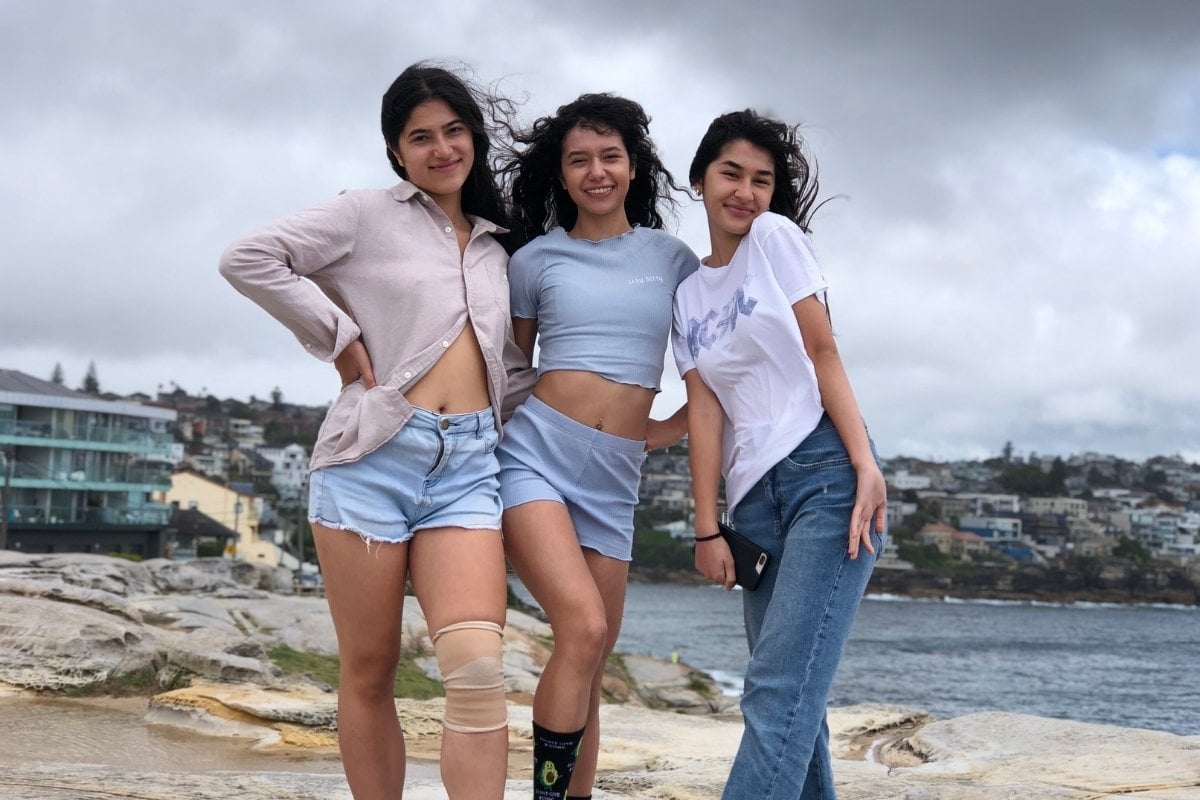 Davy will be sharing his technique on Tuesday night's episode of the SBS program Insight, during which we'll also hear from his wife (who takes a firm no-favouritism approach to parenting) and his daughters.

"I see it as him being loving towards me so I turn out the right way," the eldest, Angelique, tells the program. "So even if he gets angry, I know he’s doing it to make me a better person."

Youngest, Siobhan, is less on board.

"Honestly, I do [think it’s natural for parents to have favourites], but I don’t believe that parents should show it, because at the end of the day, they love us all equally for different things and our different, unique qualities."

As parenting expert Dr Justin Coulsen PhD tells Insight, there is the potential for negative outcomes for children if they believe their parents show favouritism.

And that's for both the favoured and not-favoured child. The former can feel ongoing pressure to perform, and the latter can feel a sense of inadequacy.

"The research definitely would point us away from having favourites, or certainly from allocating resources in a way where children are perceiving that we favour one child over another - in spite of the impossibility of that task.”

Studies in Australia and abroad have indicated that the majority of parents prefer one child.

Davy sees his candour about that fact as a motivational tool.

"I am teaching them through favouritism," he said. "I'm saying to them, 'If you are my favourite child today, look what you've done to achieve that... That, to me, is showing them gratitude."

Davy acknowledges his parenting style is a product of his experience.

His parents sent him to Australia from war-torn Vietnam as an eight-year-old boy. Alone. They and his four brothers remained behind.

Davy barely survived the journey. And after living with his aunt and uncle for a period, he ended up mostly fending for himself from the age of 14.

"I really resented my life, to be honest with you. I always hated the fact that my parents had sent me away," he said.

But years later, a conversation with his father changed that.

"We all want the best for our kids."

"He said to me that it was a sacrifice that we made to get you out of Vietnam. Because during that time, the war between north and south, they will either capture us, they will kill us or send us to jail. And he said that because I was the biggest son and I was the most streetwise of my brothers, they took that risk to send me over to Australia to give me an opportunity and a life."

Though the distance has prevented him from establishing a close, loving relationship with his parents, he has established one of respect. He helps to support them financially, speaks to them and his siblings often, and is determined to make the most of the second chance.

"That [conversation with my father] kind of changed my life. That made me realise that there's something to fight for. And that is to fight to be able to be accepted in Australia, to get myself a good education, and to not have this burden, this hate about the world," he said.

Asked if he considered his parents' decision to put him on that boat as an act of favouritism, he pauses.

"Was it a bad thing? I don't think so. I think that parents would know better and know more about life skills than their kids. And the decision my dad made, now, I look back and I think, well, it's a decision I'm grateful for."

He firmly believes his daughters will see the benefits of favouritism in the long run, too.

"We all want the best for our kids. But we also need to understand that sometimes you have to be tough on your kids to teach them to be realistic about the world," he said.

You can hear more from Davy and others on Insight’s episode Favourite Child, Tuesday at 8.30pm on SBS.

Reply
Upvote
1 upvotes
Could he not just say "hey, I'm really proud of you"? Why does it have to be about who is dads "favourite"? Surely there's a way to reward the positive behaviour without turning it into a competition between siblings. I'd love to see a follow-up interview with these kids in about ten or fifteen years, and see how they feel about it then. I suspect this is the sort of thing that ends up with the kid no longer speaking to the dad, and dad has "no idea" why.
News
General
Opinion
True Crime
Politics
Sport
Explainer
Entertainment
Celebrity
Reality TV
Movies
TV
Books
Rogue
Royal
Lifestyle
Beauty
Fashion
Weddings
Home
Wellness
Health
Fitness
Travel
Food
Parents
Before The Bump
Pregnancy
Baby
Kids
Teens
School
Parent Opinion
Work & Money
Money
Finance
Career
Lady Startup
Relationships
Sex
Dating
Separation
Friendship
Family
Real Life
Couples