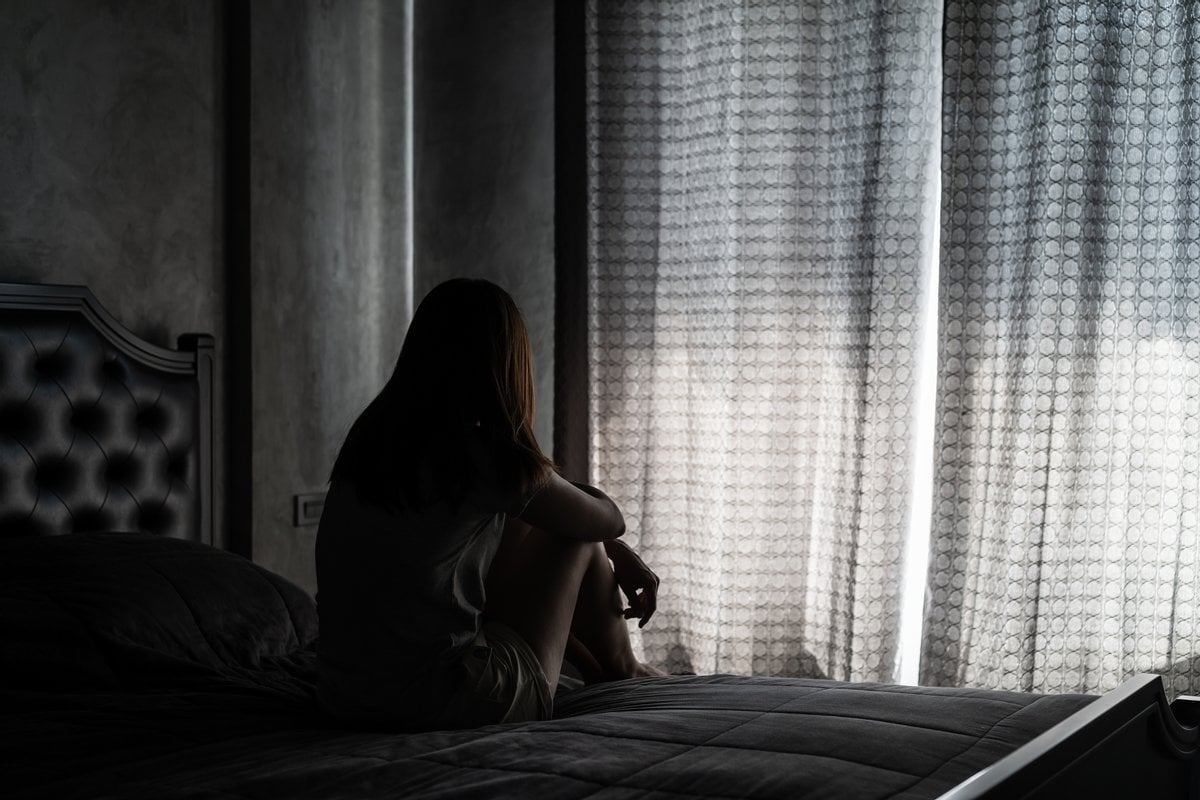 "Why aren’t you getting up, Mummy?"

It’s an unfortunately common refrain in my house.

Since 2016, I’ve been beset by an illness that makes it hard for me to stay awake, hard for me to engage in physical activity, and hard for me to look after my daughter. Even though she is now eight, she finds it difficult to understand.

"You’re not going for a nap again are you?"

This is the question asked every time I go to walk upstairs. The answer is usually yes. It’s a hard thing for her to cope with: a mother that is only partly present, only sometimes there.

In December 2016, Christmas Day in fact, I lay down and could not get up again. I was exhausted, more than I have ever been in my life.

It came out of nowhere. It lasted across the holiday celebrations, through January and beyond. In February, I had to sit down part-way on walks to kinder with my daughter.

This was different. I wasn’t making a choice to sleep – I had to sleep: if I didn’t, my motor control went out the window, my brain fogged, I had trouble putting sentences together. It was like being drunk.

Treatment was impossible with no clear diagnosis.

My first doctor suggested it was all in my mind. My second sent me for a brain scan. Finally, a sleep doctor suggested something that was difficult to diagnose but fit my symptoms – narcolepsy.

My symptoms suggested I had type II, where irresistible compulsion to sleep during the daytime heavily impacts one’s life.

By this time it was 2018, I had lost two years to sleepiness, lost actual time because of sleeping 18 hours a day.

I had gone from being a mum who hosted crafting parties for her toddler to one who could barely hold her hand on the first day of school.

The guilt gnawed at me – as it still gnaws at me – that I could not participate in my daughter’s life the way other parents do.

During her kinder years, I had regularly turned up for story sessions, leading the kids in singing and dancing. I put my hand up to volunteer every chance I could.

Now she was at school, I didn’t have the capacity because of my illness.

Worse still were all the things that weren’t bonuses, the basic bits of parenting I found I could no longer handle.

My exhaustion meant I lost patience quickly, or my mind wandered off part-way through conversations.

For the first time in my life I was regularly losing my temper. And in the middle of it was my beautiful, loving child, who had no idea what was happening to her mother.

Having a diagnosis was no quick fix.

There are treatments for narcolepsy, but they don’t always work. I found this out after trialling Modafinil, a wakefulness drug that didn’t seem to do much of anything for me.

That left one that sounded scary: dexamphetamine. I had to get my psychiatrist to prescribe it for me because I didn’t pass the narcolepsy tests at the sleep clinic. Luckily, dexamphetamine works.

"Why do you have to take so many pills?"

My daughter’s had trouble understanding how this all works.

She only knows that I disappear from her world from time to time, irresistible sleepiness – 'sleep attacks' – taking me away from her, or a sudden anxiety attack making me need some time to myself.

There’s no hiding the multiple medications I have to take, and to be honest, I don’t think it would be healthy to do so.

Still, it’s hard for her to understand that my taking drugs is okay when we’ve had serious discussions about harmful recreational drug taking.

She can’t remember a mummy who was energetic. All she knows now is my routine: taking pills to wake up in the morning, having extra coffee or energy drinks (ones she’s not allowed to have) during the day, more pills in the afternoon.

She’s slowly becoming resigned to the idea that this is how Mummy stays awake.

Storytelling instinct would say I’d reached the end of my trial by now.

I’ve discovered that’s not how chronic illness works. Narcolepsy is going to be with me for the rest of my life, as is my particular form of depression.

They work off each other, affecting how my body metabolises my medications. It means I have to live day to day.

Some days, my routine of pills, caffeine, repeat, does exactly what it’s meant to do. Other days... not so much.

The other night, I was hit with a sleep attack at my child’s bedtime.

Mid-way through the chapter I was reading to her, the words began to swim and I couldn’t speak properly. I couldn’t continue.

"Don’t worry, Mummy. Come on, I’ll put you to bed." My little girl led me up the stairs, waited as I got undressed, and tucked me in with one of her toys.

Tonight was one of the nights she got to put me to bed instead of the other way around. This is life for us now.

H. Clare Callow is a writer and dramaturg living in Melbourne. She has been a freelance writer for 15 years and is an experimental theatremaker.

N
NaseyJayne a month ago

Reply
Upvote
This hit home and brought tears to my eyes. I was diagnosed with Narcolepsy almost 2 years ago, The mothers guilt that comes along with it is heart braking. I'm very open with my daughter about my diagnosis and don't hide anything from her. This is me, this is her mum and this is how I'll be forever. Good days and bad days.
Thanks for sharing your story.
M
mamamia-user-459038664 a month ago

Reply
Upvote
Is there someone who can help you during the times when you can't look after your daughter ?
N
NaseyJayne a month ago