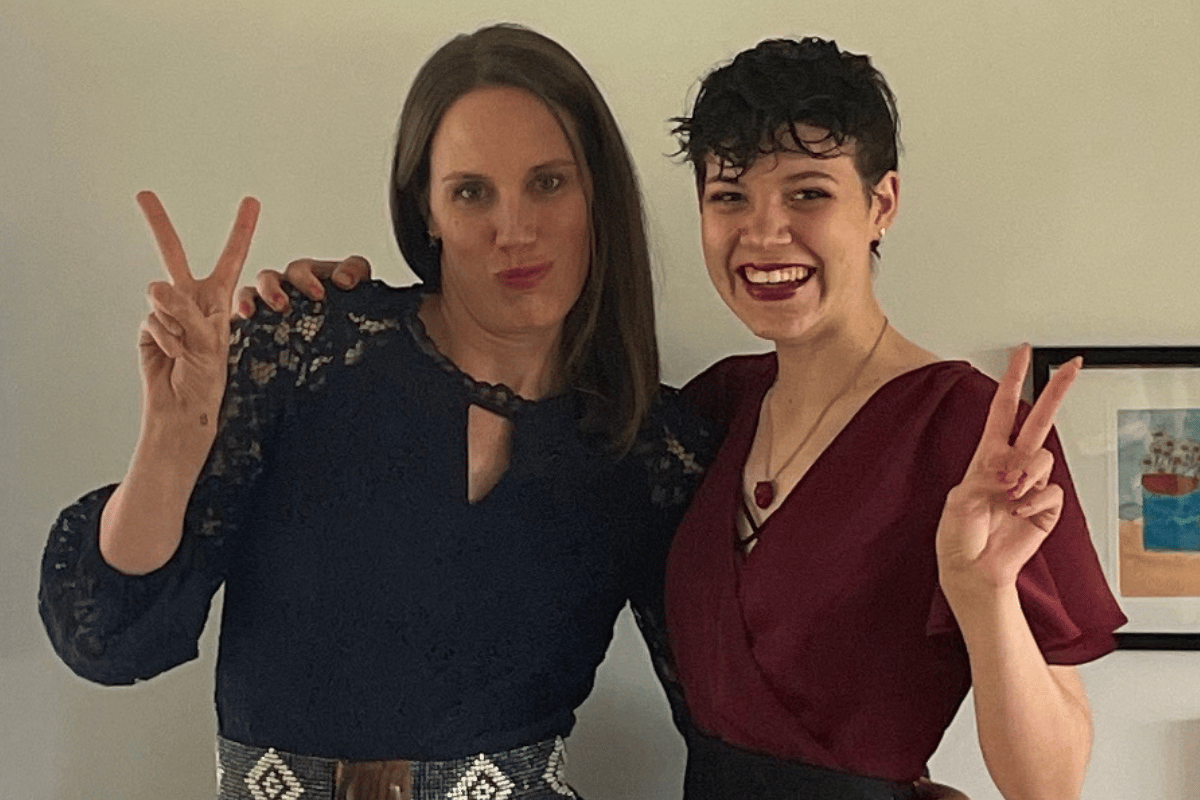 Ladies and Gentlemen. I have been officially cancelled. By my teenagers.

Apparently, I don’t know what it’s like to be a teenager.

I had thought, seeing as I am pushing 40, it would be obvious to them, that I have actually been one.

How else would one make it all the way to wrinkles and chin hairs without first being prepubescent?

I was young and hot not that long ago, I hasten to add! No, I didn’t Tik or Tok, nor did I Snap or Chat. And no, The Wiggles equivalent of my time were most certainly not woke.

My lack of "in the real world" experience in the teen sphere is a crime to my offspring.

It is met with an automatic shutting down of the hearing function. Punishable by eye roll. Or sigh. Or a terrifying combination of the former combined with the potent drop kick of a passive aggressive quip. And finished off by a strut down the hall, and a slamming of the bedroom door. Noted. I am not cool and my opinion is invalid.

In my defence, your honour, back then the internet was barely a thing. And you couldn’t get on it if someone was using the landline. Which they always were.

Sitting in a little corner, a phone nestled on top of a table, connected to the wall via curly cable, a thick and heavy paper phone book close by in case you needed to look up a friend’s number, or address!

Also, it took ages. And it made that weird, constipated, gurgling sound. Honestly, the internet was a very boring thing. If I had any questions, I could look them up in the family collection of the Encyclopedia Britanica. It was quicker.

My teenagers are true digital natives, they are Gen Z. Zoomers. They have no memory of the world as it existed before smart phones.

While I am still startled when I open my phone to take a photo of a flower and find myself staring at a screen filled with my own giant nostrils, turkey neck and several chins.

These Zoomers I birthed, and their cohort, live online. Dating, learning, shopping, researching, communicating - everything - all done via screens.

Being popular requires good lighting, a brilliant concept, and about 30 seconds of time on the internet combined with a catchy pre-recorded audio.

I now realise that what I thought was hard during the baby phase was actually pretty easy.

Listen: Yumi Stynes chats to Holly Wainwright and Andrew Daddo about her Five Golden Rules for parenting on Mamamia's podcast This Glorious Mess. Post continues below.

Yes, the leaking and swollen body parts post-delivery were not ideal. The lack of sleep was truly torturous. And there was a lot of poo. But it quickly settled down. There was cooing. Smiling. A shared adoration.

Soon enough it was a matter of shoving some sort of prepackaged organic vegetable something or other at them and patting myself on the back for being a great mum. There was light at the end of the tunnel.

But this stage of parenting feels like landing a job because I lied on my resume and all my workmates resent me.

I have no f**king idea what I am doing.

I am wildly underqualified to guide them through this online, rapidly evolving world we are all living in. I know nothing.

When I was bullied at school, I could catch the bus home, and leave it all behind, at least until the next day.

My teens carry their persecutors around in their pockets. Constantly. Their stress levels are high. Their mental health needs supporting. There is a lot of data building about just how detrimental the screens and the artificial connectedness is to the human brain. It’s terrifying.

I don’t know how to help, with any of it. And my anxiety leaks out of me in the form of helicoptering over their devices.

Screen times have been screwed down. I have passwords to their Instagram, Facebook and TikTok. They are not allowed Snapchat.

To them I probably sound like a short dictator with a moustache while I march around barking orders in my UGG boots and messy bun. One of them even told me I am an "extreme parent".

It feels like I am fighting an invisible war. With both eyes closed. And the two hormone driven humans hate me for eating away at their independence and freedoms. And touché.

I don’t like them very much either, but I am happy for them to hate me while I battle to keep them safe.

Tarrin Lenard is a Zimbabwean Immigrant who loves gin but drinks tea, teaches yoga and writes words. And not that it should matter but who has also birthed four humans. And been married. Twice. You can find more from Tarrin on Facebook or Instagram.

Reply
Upvote
Teenagers are supposed to resent their parents, if they don't something is wrong.
S
sylv 4 months ago

Reply
Upvote
Yep! Teenagers are a pain! My theory is you cannot be their friend. You might pretend to be but the tough decisions you have to make don't make this a reality. I made plenty of tough decisions. 'When can i go to a mixed sleepover?' 'Over my dead body!' What do you think happens after 11:30?' My turn to roll my eyes! She now admits I did the right thing with limit setting. A friend and I would only let our daughters stay at each others place after any event. We were then assured that there would be no sneaking out! Told my daughter that if she betrays my trust it will take a miracle to get it back. I was fair, consistent and would listen to her take on things. Sometimes we would do it her way. Other times not. Good news is that once she moved into her 20's she became human and we have the best friend/daughter/mum relationship.
G
grumpier monster 4 months ago

Reply
Upvote
@sylv, I thought I would have felt the same about mixed sex sleep-overs, but then my 13 yo daughter's clearly gay male friend invited her and his other friends to one. It got worse. She had a sleepover and wanted to invite him. (They were all going to be sleeping on the couches in the lounge-room.) Do I insist that the boy shares a room with her 12 yo brother? Or do I just accept that a group of 6 teenaged friends can't really do much in a public space?
News
General
Opinion
True Crime
Politics
Sport
Explainer
Entertainment
Celebrity
Reality TV
Movies
TV
Books
Rogue
Royal
Lifestyle
Beauty
Fashion
Weddings
Home
Wellness
Health
Fitness
Travel
Food
Parents
Before The Bump
Pregnancy
Baby
Kids
Teens
School
Parent Opinion
Work & Money
Money
Finance
Career
Lady Startup
Relationships
Sex
Dating
Separation
Friendship
Family
Real Life
Couples