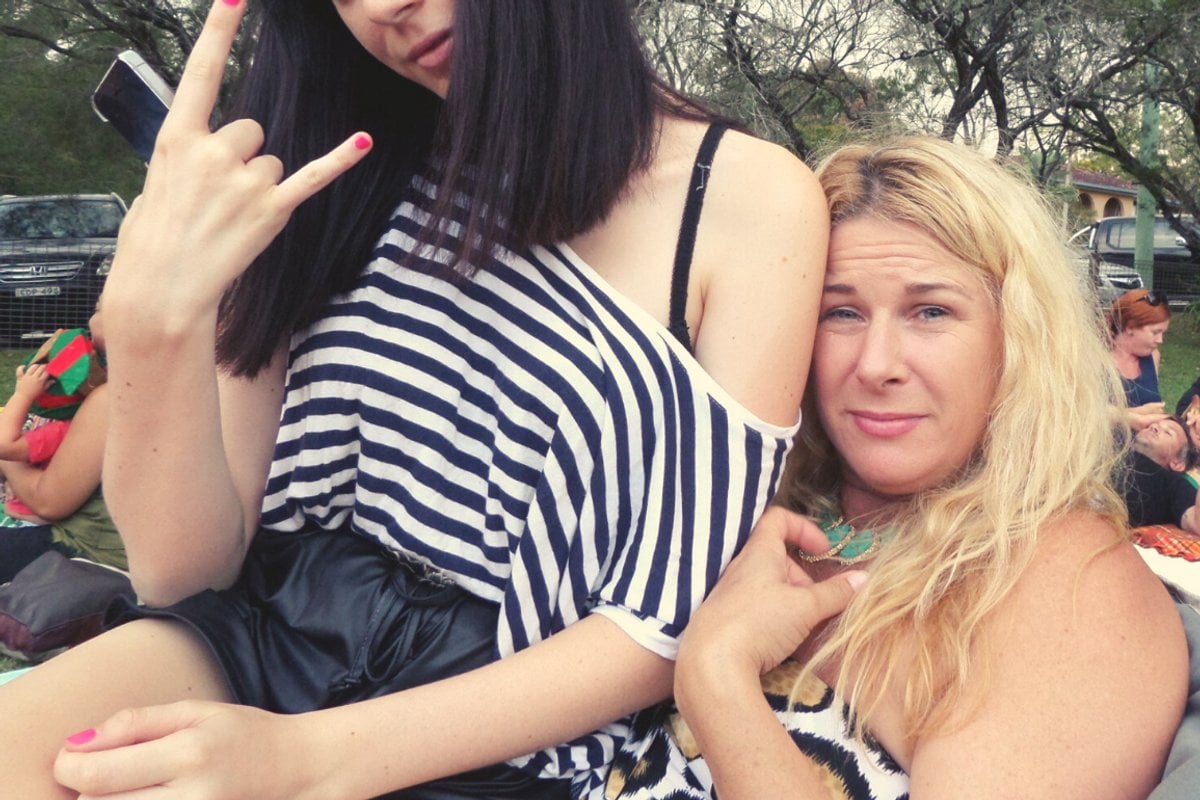 It will get easier, they said. They lied.

Having little kids seemed like the toughest part of my mothering journey, but it was during their adolescence I had to step up in ways I never imagined.

I wonder why we don’t talk about this part of parenting with the same intense focus as the early days? Is it because the days of idealising motherhood are so far in the past? Because you can’t take a teenager to the shops and take a photograph of them lying wrapped in a sheet next to a bunch of pumpkins?

I remember holding my toddler against the side of the car with my knee while I buckled my newborn into his capsule, praising my six-year-old for clipping herself into her booster seat.

As a 36-year-old Warrior in the Woolworths carpark I imagined a time when my kids weren’t constantly at risk of being mowed down in the traffic, or being lost in a shopping centre or abducted from a swimming pool toilet.

I imagined the freedom as a mother of older children, when in the absence of this constant physical vigilance that I would have all this time to myself.

No more endless readings of Spot Spot Loveable Spot, of going to the zoo or the paranoid alert of a beach outing. No more lying beside a child that won’t sleep at 2am telling them softy hushed stories trying to lull them into sleep while you silently weep for your lost freedoms. Like being in bed asleep at 2am.

I didn't realise, all those years later, I’d still be getting up at 2am, but to answer a distress call to pick up my darling from a party. Oh, and they’re covered in vomit. I thought it was a sleepover. Mum fail.

By 41 I had five children, and as they grew older and more independent, I realised something: as they get older they don’t need you less, they actually need you more.

There is this tiny window of say nine to 11, when they’re pretty robust and independent and dare I say it, compliant, where you can trust them to cross the road, wipe their own bum, make a toastie, walk home from the bus, and still be in bed by 8.30pm.

They’re not sending pics of their boobs to some weirdo from an internet chat room, they’re not sneaking your booze, or obsessing about being fat.

They’re still your baby. Enjoy that bit. It’s the eye of the storm. When everything goes quiet, and you think 'oh great, this is going to be easy now - it’s Mummy’s time!' That’s when you get smashed.

Radio broadcaster Jane Kennedy has a bloody awesome career as co-host of the Kennedy/Molloy show on Triple M with Mick Molloy. She has the job that so many of us would walk over hot coals for. She’s brilliant at what she does, but this week she shared that she’s had to step away - because she has teenagers. Five of them!

Steering a ship full of crying, swearing, outrageous, risk taking, insecure, uncertain, boundless spirits towards adulthood is harder than anyone told us. You are on alert. All the time.

This time it’s not the obvious stuff like helping with homework or teaching them to swim. It’s holding space. It’s picking up on signals. It’s reading between the lines. It’s the 10 minutes in the car in the morning. It’s laughing along to a show you actually hate just to be with them at night. It’s learning to speak teenage as a second language - a complex system of emoji’s, acronyms and grunts.

I thought having little kids was hard. It was just round one.

I have five kids too, and when they hit adolescence I was shocked. Why hadn’t anyone told me how complex this is? Where are the support groups for mamas of teens? Where are the help manuals? The online chats? How do I get them out of their rooms? How do I know that what they say they’re doing when they go out is what they are actually doing? How do I inspire them to be the best they can when they think climate change is going to cause the end of the world thus rendering the HSC obsolete? 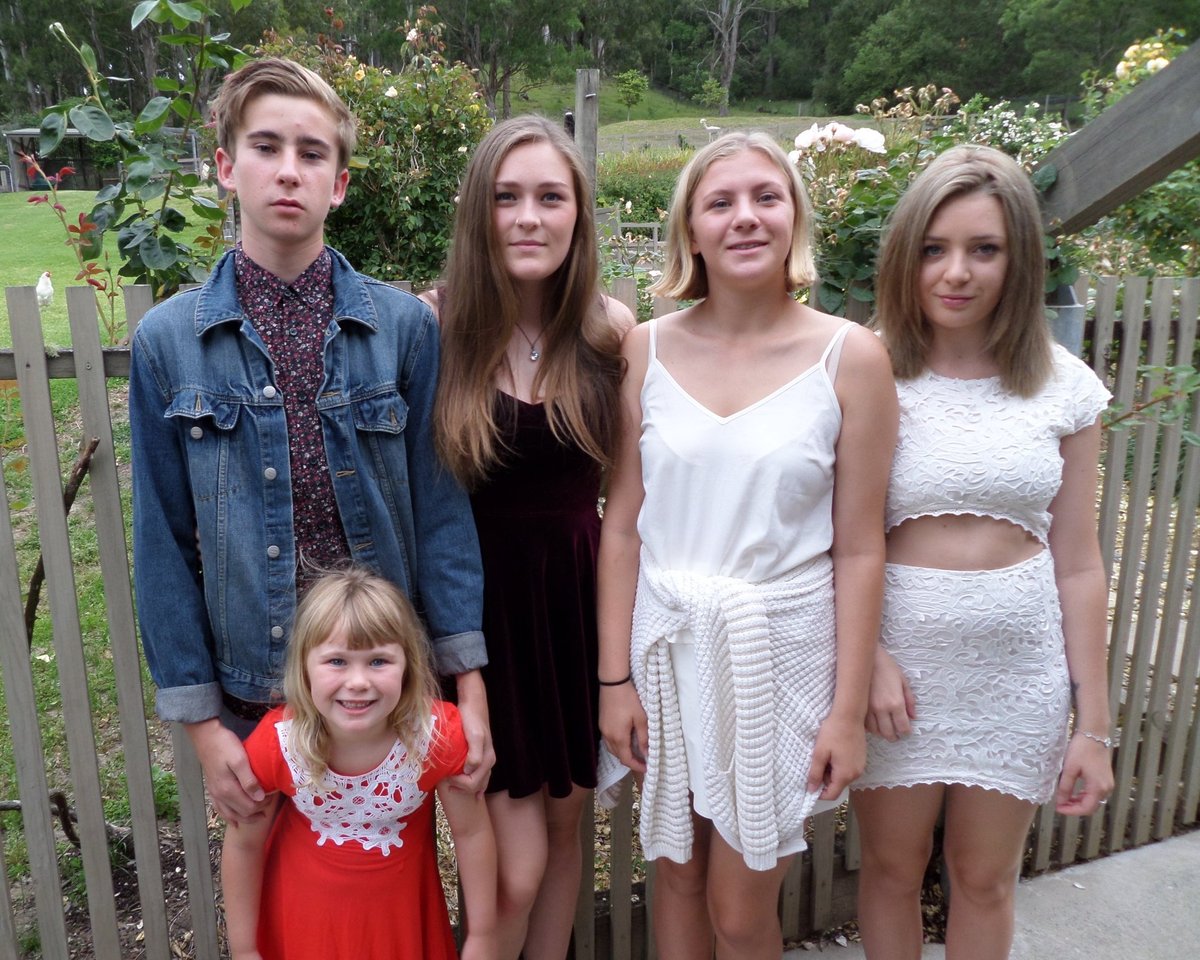 I was monitoring, cheering, listening, encouraging, nodding, shouting, apologising, nagging… and I hadn’t even left the driveway.

As a parent of small children YOU make the rules. You are in control of the architecture of their worlds, but as they grow that architecture falls away. Their worlds are no longer constructed by your beliefs; by your family and friends.

It’s by their peers that they take on their values; they inhabit their worlds. Instead of being the sun shining on your beloved bairns, you are the lurking shadow, trying to interpret who’s ok, who’s at risk, who’s lyin, who’s truthin.

Oh, and they’ll hate you. Get used to hearing that.

Listen: Is motherhood, ultimately, about letting go? Me After You host Laura Byrne talks to different mums about their experiences. Post continues below.

I have a daughter who developed an eating disorder at 14 and had subsequent mental health issues through most of her adolescence.

I struggled to know what to do. This wasn’t in the Mummy blogs. She taught me so much - mainly that I wasn’t in control of her or her life or her choices. I think I spent at least six years in absolute terror for her safety, all the while parenting my other teens.

I felt at times that my focus on one meant that I was losing the others. I had to develop an instinct for their wellbeing. For us, the dinner table was the place where we came together, the devices down, the screens all off. Every night we’d meet to share a meal and talk about our day. At times the energy was electric with conversation, other times hostile with subtext that would take me days to decipher.

When you are the mother of adolescents you are a detective. Not spying as such, just noticing. Collecting clues and preparing a subconscious dossier that meant when shit went down, you were ready.

My son was playing rep soccer – high achieving kids take a lot of work. I secretly wished he was more average. I can’t tell you how many hours I spent sitting in a car in the dark at a soccer field trying to answer my emails. Actually I was playing Candy Crush. But I was paying attention. Most of the time. But I still missed stuff.

With adolescents you can think everything is ok; that because their room is clean and their homework is done that everything is rosy. But it’s not always the case. Anxiety and depression lurk in the shadows. It’s what you don’t see that you have to watch for. And no family is immune. 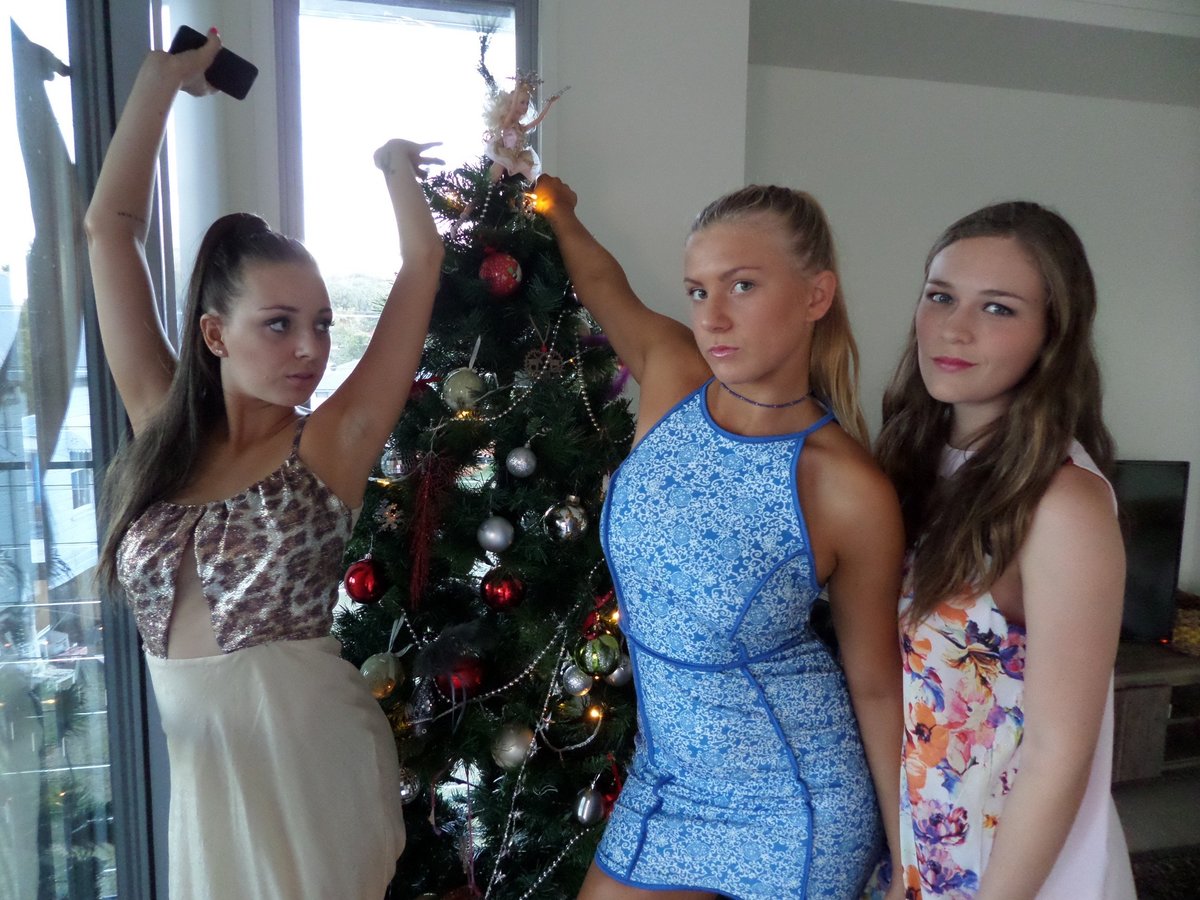 We live in a society that tells young people that they’re not good enough, that they’re not measuring up. Low self esteem and lack of self belief is almost epidemic. No amount of mask wearing or hand washing can protect you. This is the toughest parenting of all. Being there to instil hope, self love and belief.

My little one is nearly 12, and my other four have left home. They are remarkable, wonderful people doing interesting and varied things with their lives. They are kind and compassionate. They are critical thinkers. They are warm, loving and affectionate human beings who care about the planet.

They are not there yet, they are still finding their way. The depth of this part of the mother’s journey is almost impossible to articulate.

When they drive back to their lives in cities around the country in their cars, I remember that child I had wedged against the car door. The soft mop of blonde hair flipping on my knee as I fought to keep her contained. 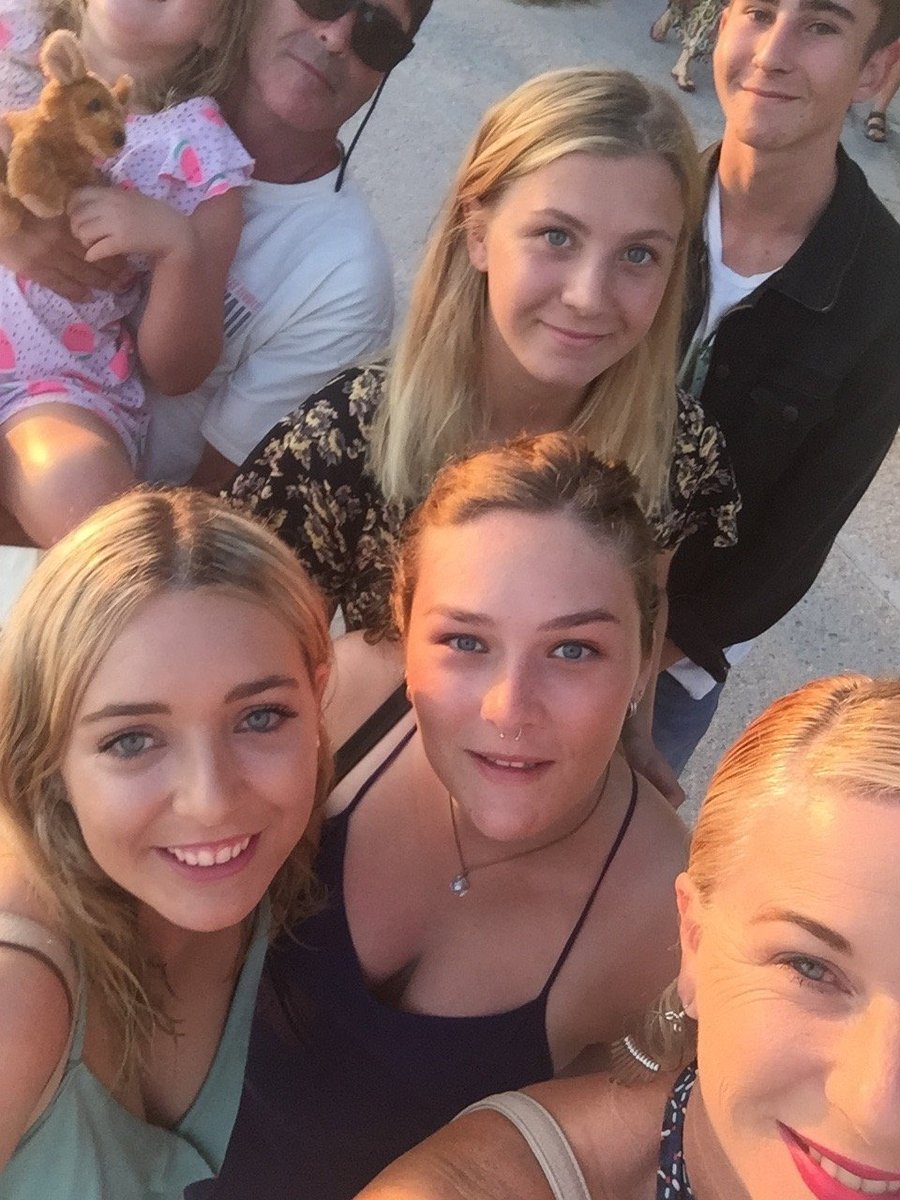 This last part of the mothering journey takes on mythic proportions. It's where you prepare them for the world. When you close the books of fantasy and read them the harsh texts of reality. There are no supermarket photos to idealise this bit. This is real.

And then when they’re done they drive away you hope like f**k you’ve done OK.

You don’t get another shot at it.

So to all those mothers with teenagers, feeling the angst, the failure, the hardship – hang in there. You’re doing ok. And they are too.

Mandy Nolan is also a comedian and can be seen at Adelaide Fringe and Melbourne Comedy Festival with her touring shows Women Like Us and Country Witches Association.

Reply
Upvote
This is the most relatable story for my life right now, thank you for letting us know we are not alone!
M
mamamia-user-704337746 a year ago

Reply
Upvote
Thank you for sharing your story. It is so beautifully written and reflects how a lot of parents are feeling (but are often afraid to admit). One common misconception I see with the parents I work with is that by the time their kids are teens, they think they should have this parenting thing all figured out. They struggle in silence. Alone. Feeling like they are failing as a parent. But the truth is, parenting teens is a whole new ballgame. What worked when they were younger is no longer effective, and frequently backfires. Teen's aren't broken. They aren't purposefully difficult. They're just misunderstood. I've worked with teens for over 2 decades and have yet to meet one that doesn't want a better relationship with their parents--they just don't know how. The more people like you that speak out openly and unapologetically about the challenges of raising teens, the more acceptable it will become to seek help and support. Once they do, they'll find that there are a lot of resources, information, and support to help parents have peaceful, positive relationship with their teens. In fact, raising teens can be some of the most joyful years as a parent. As a mom of a teen, I live it every day. As an adolescent psychologist and family coach, I strive to help others live it every day.
News
General
Opinion
True Crime
Politics
Sport
Explainer
Entertainment
Celebrity
Reality TV
Movies
TV
Books
Rogue
Royal
Lifestyle
Beauty
Fashion
Weddings
Home
Wellness
Health
Fitness
Travel
Food
Parents
Before The Bump
Pregnancy
Baby
Kids
Teens
School
Parent Opinion
Work & Money
Money
Finance
Career
Lady Startup
Relationships
Sex
Dating
Separation
Friendship
Family
Real Life
Couples