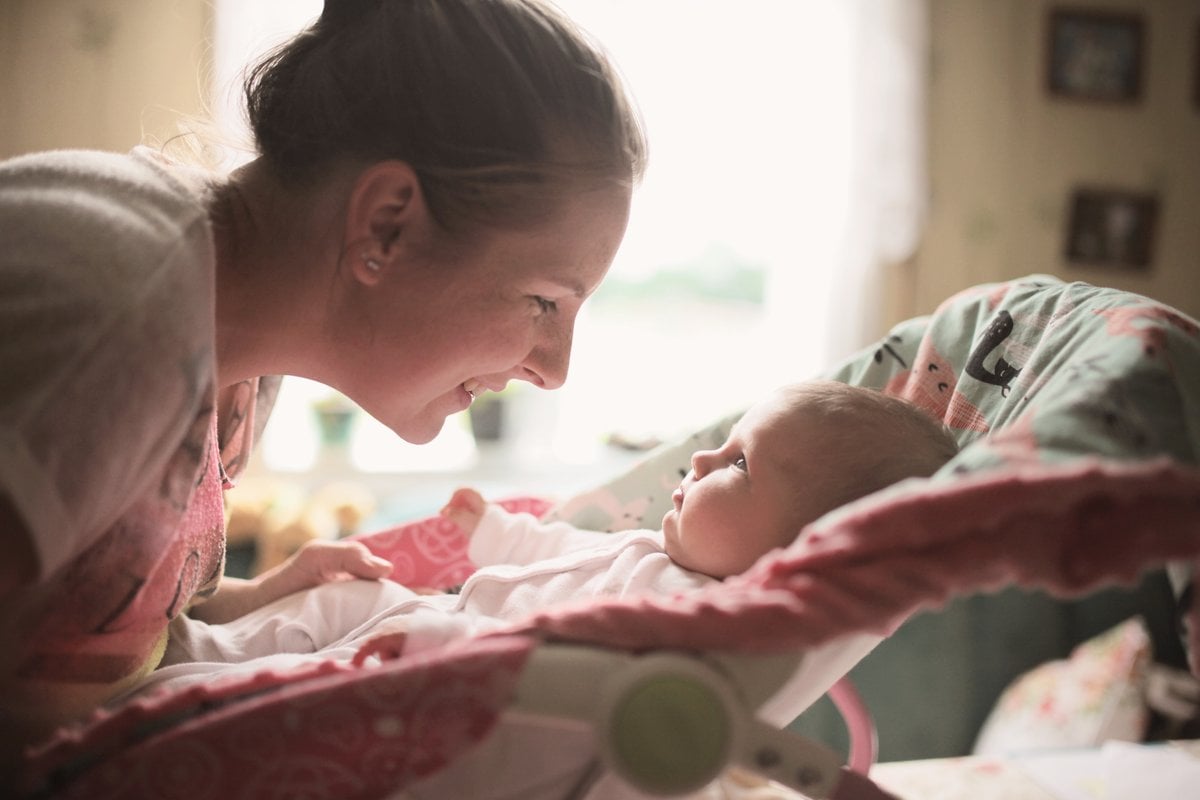 The other day, I came across a photo of myself from when I was pregnant with my son. In the 12-year-old photo, I looked so young, so untethered, so relaxed.

Motherhood has morphed me.

Parenting is the hardest, most consuming, confusing job I’ve ever had, by miles. It took me years to acclimate to being a mother, to the relentlessness of it, the sacredness, the tenderness of witnessing another human become.

And although I’ve been mumming for almost 12 years now, I still remember the absolute overwhelm and panic of new motherhood.

Each decision, from circumcision to if, how and when we should introduce a dummy, seemed monumental, with repercussions that threatened to ripple through my son’s entire life. Here are a few things I wish that young woman in the picture had known — tidbits that might’ve made my early mothering journey a little easier.

Make your own emotional regulation a priority.

Our bodies are wired to respond to our babies' cries — this helps ensure their survival.

But at some murky point, our child’s wellbeing no longer depends on nursing through the night. As a sensitive, empathic person with some codependent tendencies, I’ve always struggled to stay regulated if someone I love is hurting.

And as anyone who’s ever had a baby or a three-year-old knows, kids experience A LOT of emotions in the span of an average day.

I wish I’d had the tools to regulate my own emotions better in those early days, to know that as long as my kids' immediate needs were met, I could unhook from their upsets.

Simple actions like belly breathing or taking a quick break to lie on the floor with my legs up the wall might’ve helped me in some of my darker moments of early parenting.

It’s okay if you’re not the type of parent you thought you’d be.

Before motherhood, I was sure I’d be a stay-at-home mum, or at least a work-from-home-while-my-baby-peacefully-napped mum.

I hadn’t counted on having a baby who barely napped.

I learned the hard way that I’m a better mum when it’s not my only job. It took me almost two years to enroll my son in a meager two days of childcare, and several more years to accept that my desire to be a writer as well as a mother was valid.

I wish I hadn’t fought so hard to be something I wasn’t cut out to be — a non-working-outside-the-home-mother.

I wish I’d known that there are a zillion ways to be a good mother, and that I could follow my own passions and still qualify as one.

If you’re desperate, do what works.

My son was a terrible sleeper.

Besides boycotting most naps, he’d wake up somewhere between five and a zillion times each night. We tried everything from gripe water to osteopathic manipulations to a special infant hammock bed. If we’d invested all the money we spent trying to get that child to sleep into his college account, he’d be set for at least a nice community college.

The only place my son enjoyed long stretches of slumber occurred when he was swayed to and fro in his battery-powered lamb swing.

This was acceptable for naps, I rationalised. But only once or twice was I desperate enough at night to strap him into his swing so I could chunk together a few hours of sleep.

I was convinced that if I indulged him in too much swing time, I’d create terrible sleep habits for him, and years from now I’d be rocking him to sleep. I envisioned him heading off to college with a giant swing tucked among his belongings.

I wish I’d believed that my own wellbeing needed to be a priority, that my shattered sleep was tanking my mental health. That sometimes when you’re in survival mode, it’s okay to let the baby sleep in a swing or hand him off to your spouse.

You don’t have to be present every moment.

When my son was little, I thought it was part of my job to shine all my attention on him, constantly.

In fact, we might’ve both been better off had I given him a bit more space to entertain himself in his toddler years while I lounged with a novel, texted a friend or just daydreamed.

Our kids arrive, already who they are.

My son loves football and video games and hates writing.

He’s sensitive, too, but in an entirely different way. While he surprises me as he continues to grow and change, he is, in some ways, the exact same person he was back when he’d perform his belly-rippling somersaults when I was pregnant with him — a little bit wild, a whole lot stubborn, physical, loving, bright.

I didn’t do anything to make him that way; it’s just who he’s always been.

Until I had kids, I didn’t realise how much personality they arrive with.

I thought I was supposed to help shape him, to instill certain beliefs and values. I’ve been a vegetarian for over 30 years, and with my husband’s support, I’d planned for our son to be a vegetarian too until he was old enough to choose for himself.

He chose bacon and pepperoni.

I realise now that my job is to help him be the person he already arrived as. I can offer tools and suggestions and I’ll advocate like hell for him along the way, but I no longer believe it’s my job to help him become anyone other than himself.

I didn’t realise until too late that I’d bought into the martyr/mother myth. That there wasn’t value in making parenthood as hard as possible, in refusing to ask for help, in neglecting myself.

Looking back, I feel a rush of tenderness towards that younger version of me in the photograph, belly brimming with baby. She had no idea what she was in for. She could never have imagined the ways she’d struggle, the new muscles that would bloom in her heart, how much she would learn and love and lose. She didn’t know that she could stop striving for perfection. That just like her babies, she was already enough — she was already the mother she needed to be.