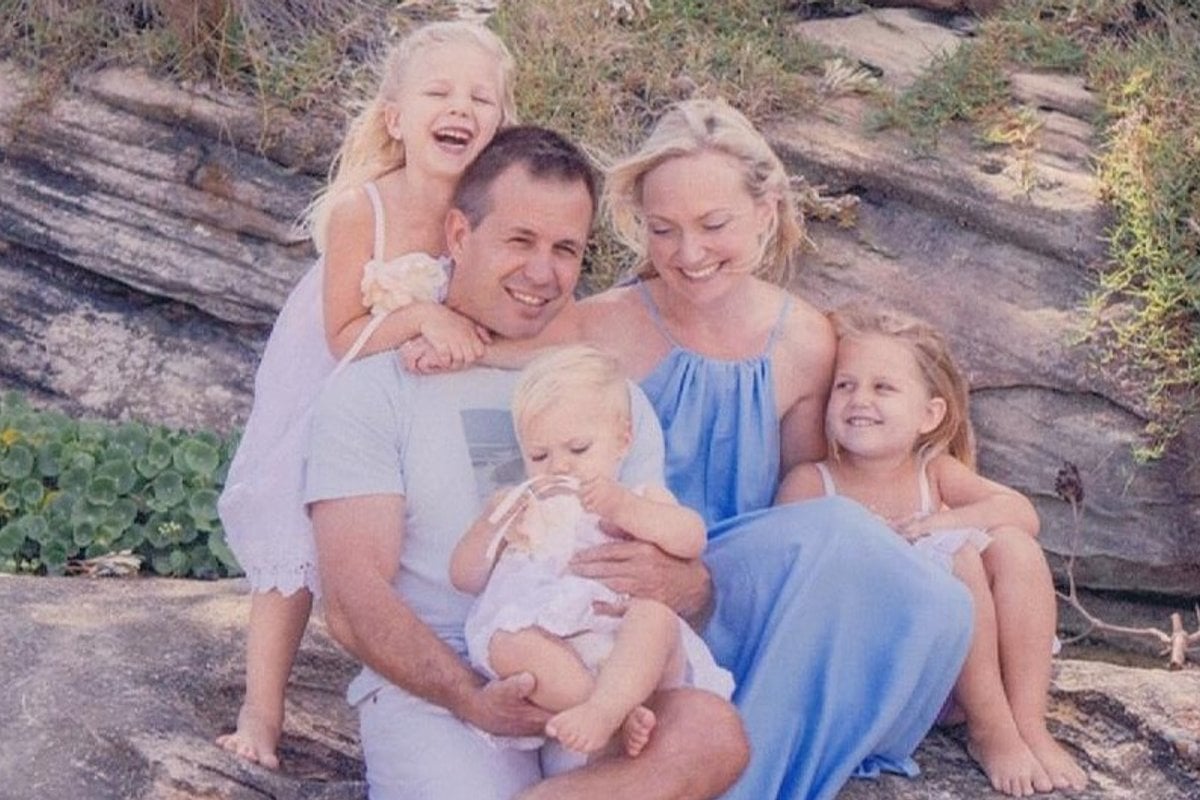 My first child was going to be a boy.

People rubbed my belly, commented on my puffy glowing face, my shiny hair, and even my breast size.

It was often pointed out to me that my husband’s family predominantly had boys (whereas mine were all girls), and most people I came in contact with took pride in informing me that they "just knew" that I was going to have a boy. So much so, I believed them.

Watch: How to talk to little girls. Post continues below.

That was until I had a dream at about five months pregnant that I was sitting on the beach next to a chubby baby girl, with a frilly little sun hat on. A dream that gave me a little flutter of excitement. I realised then that no matter the gender; I was going to be mighty happy that I soon would be sitting on the beach with my beautiful baby.

It was also the moment I had the tiniest inkling it was going to be a girl.

And for all the flack and unwanted commentary that I’ve received for being a mum of only girls, I still wouldn’t change a thing.

The best thing about being a mum of girls is that I kind of feel like I am privy to a special mum club (just as I’m sure boy mums do) and I basically feel like the luckiest mum in the world. In declaring this though, I’m not ignorant to the fact that pretty much every mum in the world feels like they’re damn lucky just to be able to experience a bond so special as the one you have with your own child, whatever gender you give birth (adopt/foster) to, and whatever pronoun your child wishes to identify as, as they grow and develop their own identity.

Am I biased about feeling blessed for having girls only though? Definitely. But I won’t say I’m still not curious as to what kind of mother I would have been, should I have been equally blessed with three boys instead.

The thing is, I will never know. Yet, I feel so lucky to be learning so much about myself and life as I raise my three unique and wonderful girls, aged nine, 12 and 14.

I still remember a quote I heard on Dr Phil as I breastfed one day, some 14 years ago. He said, "The most powerful influence on a child’s life is the same-sex parent". As the mother of three girls, this quote has always resonated with me. And this is where I want to start my six things you’ll only understand if you’re a mum of girls. 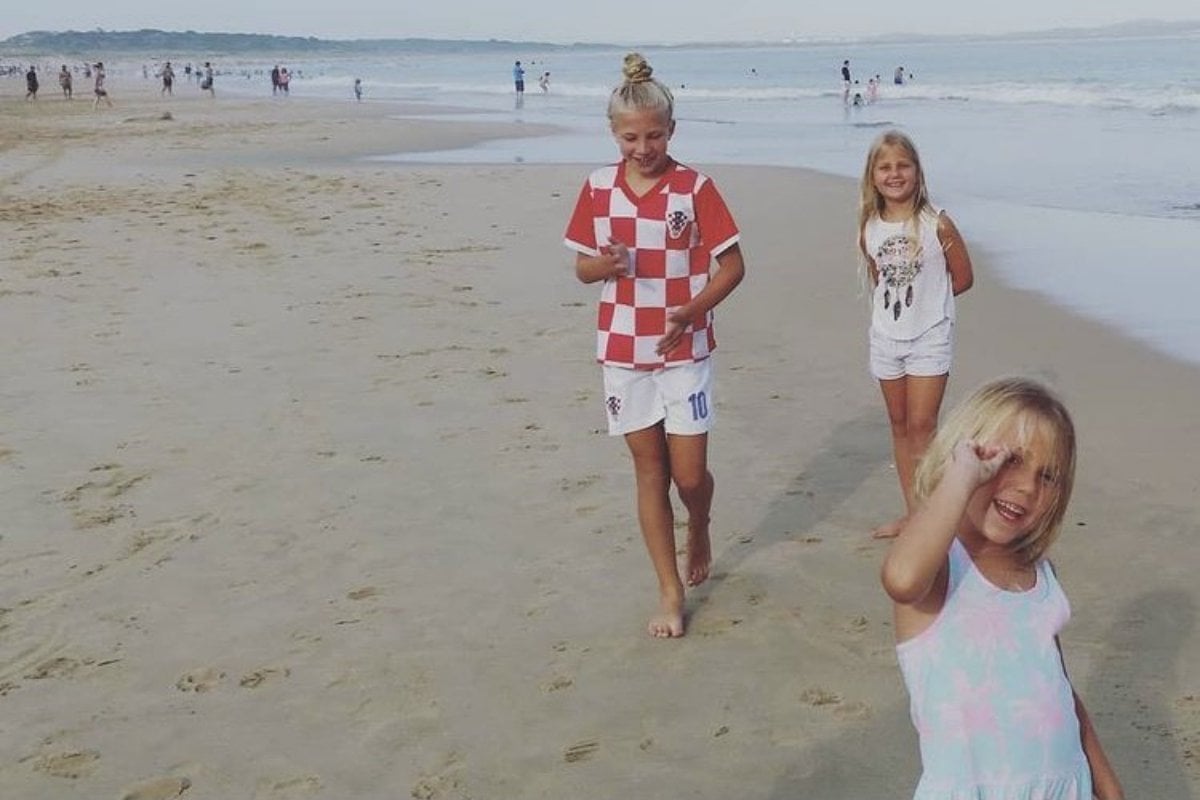 Even though they’re often declared 'daddy’s little girls', they’re just as likely to be mummy’s little clones and besties. The sweetest thing is when my nine-year-old rushes into my room in the morning while I dress. She sizes me up and down, then races back to her room and back out again wearing the closest match to my outfit. She loves to mimic me.

I’m torn between desperately not wanting her to grow out of this phase, to longing to observe her develop her own individual style. I’m still loving that she wants to be like me and hang out together. Just like her sisters, they have all been like my little besties. This is what has made me realise the huge responsibility of being a mum to girls.

My daughters are constantly watching and learning so much about being female in this world - through me. From the ways in which I demonstrate how I feel about myself and my body, how much interest I show in them and their lives, to how I interact with others, to how I allow others to treat me, even to how much time I spend on my phone in front of them. I love the quote by Melia Keeton-Digby, "We mothers have a wonderfully precious and truly powerful role to play in the future self-images of our daughters. The model of our own empowerment gives our daughters permission to be powerful".

2. The passion for fashion.

The love of shopping and clothes starts young. Though it’s not always all tutus and princesses when it comes to having girls, I think it’s fair to say that every girl mum knows we got the better end of the stick when it comes to shopping.

As girl mums, we are so lucky to have a huge range of clothing and styles and dress-ups to choose from.

Then there are accessories galore, hats, jewellery, bags, you name it.

Present shopping for my girls or their fellow female cousins and friends has never been an issue and the best thing about it, is that they love coming shopping with me.

Girls don’t want to be the 'damsel in distress'. They’re fiercely independent and long to show you that they can protect themselves. I am a woman, so I know how scary the world can be for girls. The injustices, the inequality, the gender-based violence, the dangers of walking the streets alone.

What surprised me about having girls, one that I thought was more of a boy trait, is that from an early age all three of my girls were extremely self-assured and independent, hardly ever wanting to be rescued. On each of their first days of school, they all skipped on through the gate not looking back, while interestingly, I would witness many boys in tears, latching onto their mums and not wanting to go inside.

All of my girls, even though their personalities are all different, all are independent, strong willed and more content when they are given the freedom to solve problems and situations for themselves.

You’ll raise them to believe that they can do anything boys can. My eldest at 14, is crazy competitive, and she believes if a boy can do anything, she can do it better. She’s a dirt bike rider, she surfs, mountain bike rides, plays footy and wants to be a professional rugby league player.

She definitely doesn’t get this talent from me, but I so admire her confidence, determination and ambition, even though it makes me flinch with fear at times.

My two other girls can also ride a jet ski, surf and play footy. Both my husband and I have made sure we never allowed our girls to feel like they couldn’t do any sport or activity (or strive toward a male-dominated career) they wanted to try, just because they’re girls. They’ve certainly proved to us that they can do so many things with the same bravado as their male peers.

They can be just as noisy, smelly, messy and energetic as boys. The thing is, kids are kids, period. They create mess wherever they go at every age (even teens like to leave piles of clothing and shoes all over their bedroom floor).

They’re noisy. Girls have a tendency to squeal and scream a lot; they may not rumble on the floor like brothers, but they definitely fight a lot – it’s just more likely to entail hair pulling, slapping and digging their fingernails into each other.

They may play differently to boys but they certainly have just as much energy. My first born couldn’t even sit still to watch TV until she was four, instead she’d be outside climbing everything in sight, or hanging upside down off the washing line. She was always moving, running away from me in shops, at the park, or straight into the water at the beach. She was the definition of exhausting!

They’re also just as smelly as boys, and though we joke about girls' flatulence as 'butterflies coming out of our bums', they’re still just farts that will always spark up a house full of raucous laughter. 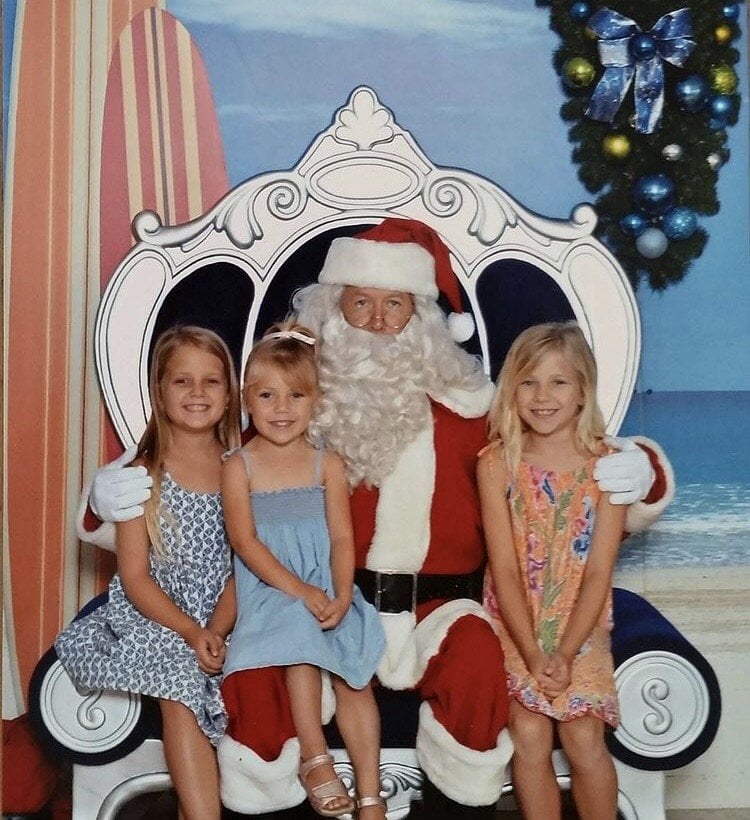 When they hit their tweens and teens, they become emotional and moody, loving you one minute, loathing you the next. The thing that’s saving me when dealing with this one, is the fact that I've been there too.

I can empathise with their mood swings and those dreadful hormonal changes affecting their growing bodies. But even though as mums we can relate to all those teenage girls feels, it still hurts when you get told to, "Go away! You don’t understand", or, "Leave me alone, I hate you!"

However, with girls, it’s almost certain that within minutes they’ll resurface from their rooms like nothing ever happened, battering their freshly mascaraed eyelashes, asking you ever so politely if you’d like to go shopping together.

This is the nature of being a mum of girls, it can be a whirlwind of emotional turmoil in one day (particularly when they hit their tweens and teens), yet there’s still a whole lot of wonderful.

While my husband still gets condolences for having to live with a house full of girls, I tend get lots of positive comments about "how lucky I am to be blessed with three amazing daughters", and as a daughter and a mum of all girls myself, I know I am.

After all, as the very true Irish proverb goes, "A daughter is a daughter for all of life..."

Lidija Zmisa is a work-from-home mum of three girls, wife and writer. You can follow her on Instagram @lidijazmisa.

Reply
Upvote
As someone who has just had to shop for eleven niblings, I can definitely tell you that no. 2 is correct - there are far more options for girls than boys, especially when you hit the 11/12/13 y/o age group. Things like cool notebooks, stickers etc are all very feminine. I found tons of cool accessories for my niece, but couldn't find much at all for my nephew, hardly any sunglasses or hats or belts, even the clothes were fairly limited.
And on no.5 - of all eleven kids, the two most devastating farters were both girls. Both of whom liked to cuddle up to you first, let rip, and then run off giggling.
News
General
Opinion
True Crime
Politics
Sport
Explainer
Entertainment
Celebrity
Reality TV
Movies
TV
Books
Rogue
Royal
Lifestyle
Beauty
Fashion
Weddings
Home
Wellness
Health
Fitness
Travel
Food
Parents
Before The Bump
Pregnancy
Baby
Kids
Teens
School
Parent Opinion
Work & Money
Money
Finance
Career
Lady Startup
Relationships
Sex
Dating
Separation
Friendship
Family
Real Life
Couples