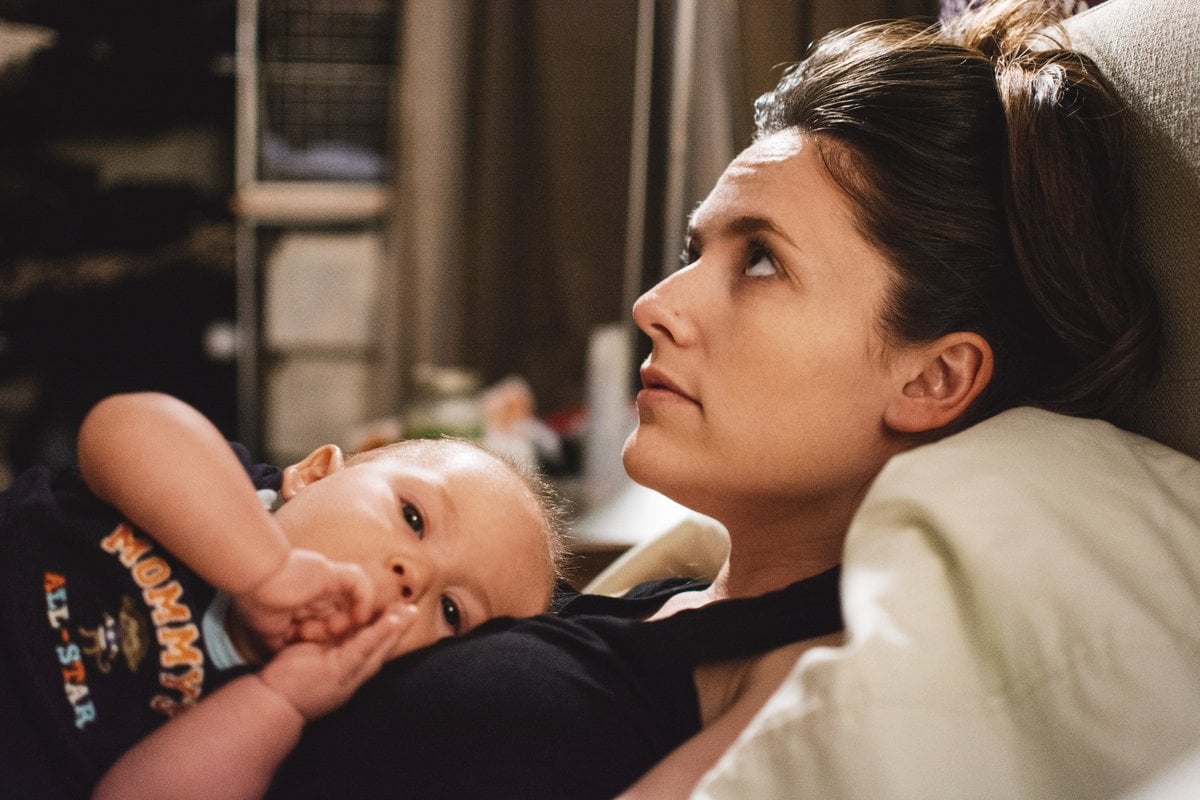 I’ve written many times for Mamamia about the truly wonderful yet awful journey it is. Becoming a mother to my seven- and two-year-old sons is by far the most profound experience of my life; joyful in ways I never imagined and simultaneously, the toughest thing I’ve ever endured.

Not everything of course, but quite a lot of things, and I don’t think we talk about this boredom nearly enough.

Every time my mum friends and I admit to each other that we are sick to death of watching Saturday cricket, or playing 'toy cars down the driveway' with our kids, we also express extreme guilt that we don’t really enjoy these things (or more accurately find them mind-numbingly dull).

And we all feel extreme relief when another parent chimes in with, 'Oh yeah, I find that SO boring too.'

Watch: There are two types of parentings when it comes to school shopping. Which one are you?

We still do all these excruciatingly dull things, of course, because they are important to our children. But it is such a release to be able to share how dull we find these things with someone else who understands.

After having this conversation with friends, I asked the Mamamia community to share the things they find most tedious about being a parent, and the response was huge.

Below is a smattering of the many, many things parents find mundane about parenting.

1. "The stage between three and seven months when they can’t sit up or move around independently, but they also stay awake for what seems like ages between naps. So dull."

2. "Going for walks with them. I love my toddler but it takes all of my patience to go at a toddler's pace and let her explore without saying, 'Hurry up, let’s keep moving.'"

3. "Training. Any training. It’s either late in the day or super early."

4. "I found all those concerts and award ceremonies at school to be the most boring things ever. I absolutely hated them."

5. "Bath time. Nothing else to say, you understand if you’re a parent."

6. "Reading poorly written, highly marketed character books seven million times a day. To be clear, I am an enthusiastic and voracious reader, even of well-written kid-lit, but not that garbage."

7. "Listening to the stories about any sort of gaming, Minecraft, Fortnite, Hello Neighbour... I swear my brain switches off involuntarily, and I have to do a lot of 'uh-huhs' and 'that’s hilarious'. It makes my brain hurt."

8. "Little babies before they do anything interesting. Filling the time between feeds when your baby just lies there and does... nothing."

9. "Pretty much most of it. Luckily there are little gold mines of extraordinary love and laughter scattered through a vast desert plain of mundane relentlessness."

10. "Listening to them read! They stumble and stutter over the easiest words ever. I have to resist the uncontrollable urge to just finish their sentences."

12. "Trying to get a baby to sleep and they fall asleep in your arms and you have no iPad or phone near you for entertainment, and you’re too scared to get up for fear of them waking so you just stare blankly into space."

13. "Sitting at the skate park because they are too young to be there by themselves, and they just stand there watching the bigger kids... every weekend for six months!"

14. "OMG. The words that strike terror into my heart: 'Just pretend'."

15. "Imaginative play. I hate it. I'm no good at it and I'm constantly being told by my daughter that I am doing it wrong!"

16. "I’m a step mum. Without the unconditional love and attachment, everything listed here is twice as boring for me."

17. "Doing the same dance day in, day out, hoping for things to change is surely the definition of insanity. Picking up toys, unpacking lunchboxes, picking up towels – so mind-numbing!"

18. "Playing shops and playing schools. I LOVE watching them play together but find partaking so boring. They tell me, 'You can be the mum and drop us off at school, then you can be the teacher – just use a different voice.'"

21. "Spending valuable brain cells trying to come up with food they might actually eat only to watch them push their dinner around the plate like its poo."

22. "Graduation. Especially if you’re at the end of the alphabet. High school took three hours going through the hundreds of students, the boring band, the teachers, and politicians talking. Rah!"

23. "Waiting for them to poo when you’re toilet training. So much of my life is spent sitting on my toilet room floor, a toilet floor that is always sticky even if I just mopped it."

24. "Reading the same damn books night after night. I have to hide them after I can’t stand it any longer so they HAVE to choose different ones."

Do you have a 'boring thing' to add? Share it in the comments.