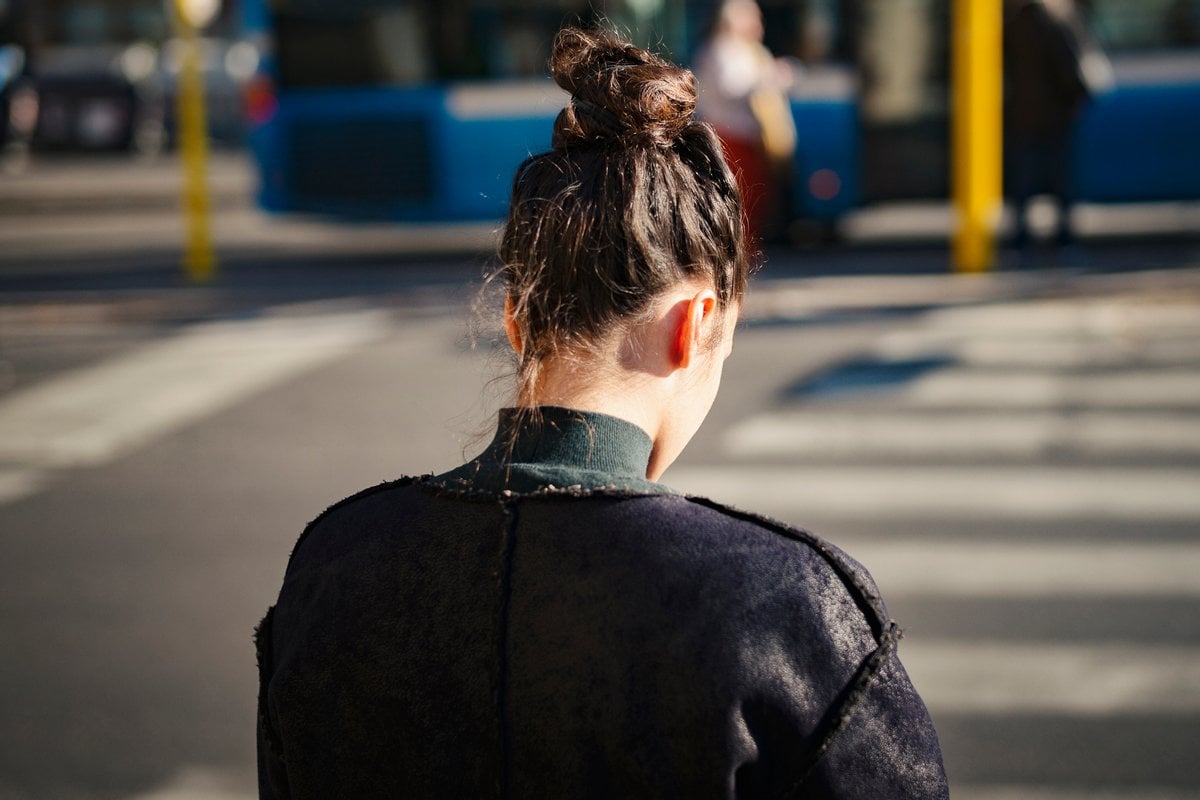 "You just haven’t met the right one yet" a friend reassures me, over what I’m beginning to assume is an intervention-based brunch.

Had I known my dating life would be the topic of conversation I would have ordered my breakfast to go, but sitting across from her uncompromising stare, it’s clear that there’s no tapping out of this ring.

I’m not here to enjoy the holy matrimony of smashed avo and feta it seems, but rather to unpack why it is that at the ripe old age of 25 I don’t date, or f**k or show any interest in my vagina’s social life.

When faced with questions regarding my sexual expeditions, I am the reigning queen of the infamous smoke bomb; excusing myself to the bathroom the moment I feel the conversation veering south.

What’s the craziest place you’ve gotten down and dirty? Gotta go. Favourite position? See ya later. Don’t even get me started on hen’s parties – there’s a special place in hell for 'Never Have I Ever.'

I have absolutely nothing scandalous to add to the conversation, unless you find the inner workings of my pelvic floor muscles spicy.

But I’m a 25-year-old woman, in what is undoubtedly the perkiest boobed years of my life and I can’t keep running from the topic of sex.

The truth is, my sex life has been a pain, both literally and figuratively speaking, for a minute now.

I have Vaginismus – a condition in which a woman’s pelvic floor muscles involuntarily spasm in response to vaginal penetration – and it’s about as fun as it sounds.

The condition has both psychological and physical factors, that work in unison to make sex an experience you wouldn’t wish upon your worst enemy, let alone yourself.

Symptoms vary but I believe the medical description to go as follows: burns like the fiery pits of hell and aches like Billy Ray Cyrus' heart (disclaimer: some words have been added for affect.) And that is for those who are able to achieve penetration at all.

Many things were shocking about my diagnosis.

For starters, having done one Pilates class in my life (in which I broke a sweat in the initial stretches) I had no idea a muscle in my body was capable of such strength.

Then there was the fact that I had experienced sex without pain prior to my diagnosis – I would come to learn that this is referred to as secondary Vaginismus, whilst its good mate primary Vaginismus denotes a woman has never been able to achieve vaginal penetration.

Vaginismus has been a grossly hushed sexual disorder and if it weren’t for my own diagnosis, I’d be none the wiser.

I had begun to struggle through tampons and penetration to no avail, remaining tight-lipped as it seemed I was alarmingly alone in my struggles.

It can be an incredibly isolating condition and for me, I felt robbed of the one thing that it felt like everyone else was doing, emphasis on 'felt like' because in reality, no one is ever getting as freaky as you think, as often as they say. But try rationalise with an angsty mind, I dare you.

I was diagnosed by a small balding man with an indistinguishable accent by means of a pelvic exam, by all accounts it was an uncomfortable experience.

The child sized speculum being inserted was a pain akin to a razor scooter to the ankle and as I winced, the small bald man confirmed what had become abundantly clear: Vaginismus was the name and my coochy was the game.

From this point on, I could no longer reassure myself that my increasingly unsuccessful sexpeditions were a series of unfortunate events, rather than a sexual disorder.

I felt it necessary to issue apologies to the following: to my past sexual partners, I’m sorry for assuming it was you (although in a few instances, it really was you.)

To Durex, I’m sorry for slandering your brand as being, and I quote 'not slippery enough.'

To Pinot Noir, I’m sorry for thinking you had something to do with it – you would never. Without the blame game, all that was left was me, myself and a whole lot of self-pity.

Googling Vaginismus truly can have you buying a one-way ticket to Doomsville, population: you.

Dating in the 21st century is tough enough and with this diagnosis, it felt my spinster grave had been dug already.

But delve a little deeper into trusty old Google and you’ll find that while there is no one cure; the condition is very treatable and the resources are right at your fingertips (in some cases, literally.)

In addition to both physical and psychological therapy, other top contenders include: dilator kits, hypnotherapy, Kegel and pelvic floor exercises, With a little patience and TLC, the world is your oyster.

When actively seeking out the silver linings, they are not only there, but blindingly optimistic about overcoming the condition.

The truth of the matter is that there is a stigma and shame attached to sexual disorders like Vaginismus and I’m over being a part of the problem.

Staying silent is what keeps women from seeking help and in turn, alienating themselves from the world of dating and viewing brunch with friends as an activity akin to torture.

So, stay optimistic and persistent, seek help and don’t be afraid to speak up about Vaginismus, because if you can listen to a bondage story that lands your pal in the ER, they can listen to your pelvic pain. G2G guys, I’ve got a six-stage dilator pack waiting for me.