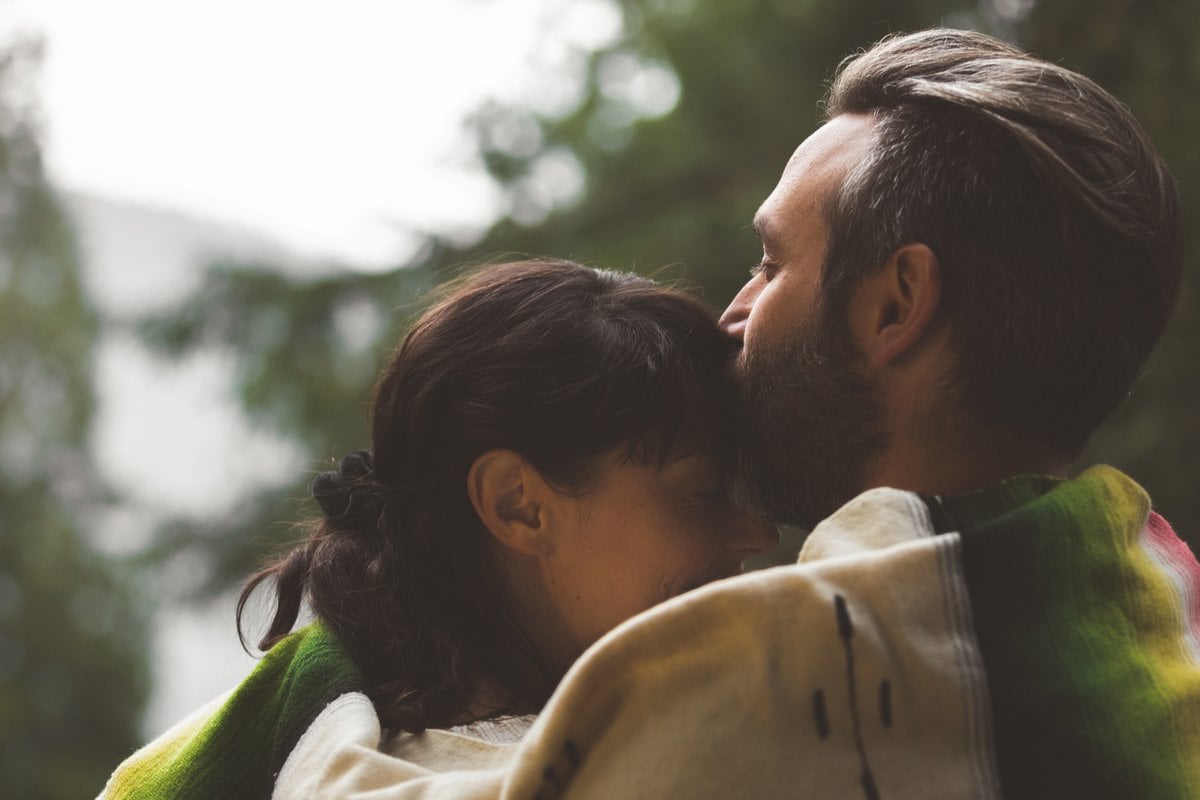 I could feel the gravel cutting my bare knees.

Tiny stones pressed into my skin.

The pain was almost too much to bear, but I couldn’t stop.

As I bounced up and down, my legs spread apart, I loved how wild I'd become.

It was our fifth hiking trip in five weeks, and we were hooked.

The fresh air. The sunshine. The nature. The orgasms.

I mean when they say, ‘the call of the wild,’ we bloody well listened. We were Adam and Eve with no plans to ever leave Eden.

Because sex in public is one thing, but sex au naturale is another level entirely.

It was an unusually hot Sunday in April and we’d decided to go for a hike. Sam and I had only been dating three weeks, and I still got tingles every time our skin touched.

He was funny, sweet, always up for an adventure – and a total sex God.

So, I was only half joking when I suggested that we duck off into the bushes.

But Sam didn’t look in the least bit surprised.

With a cheeky grin on his face, he grabbed my hand and pulled me off the trail.

Cutting though the bush, we made our way up the hill until we found a group of giant boulders, about 100 metres from the path.

They completely hid us from view.

We slipped our backpacks off and I nervously turned towards Sam. In one swift move, he was pressed up against me, kissing me deeply.

My hands went straight to his shorts.

He was already hard.

Easily slipping them off his waist, I pulled him out and dropped to my knees.

Using one hand to steady himself against the boulder, he put the other on the back of my head, guiding my mouth as he moaned out loud.

But the thought that someone could just walk by only spurred me on.

Standing up, I pulled my own shorts off, before sliding my knickers over my trainers.

I turned to face the rock as Sam leaned over me, his big arm coming down to rest in between my legs.

Using his fingers to get me wet, he suddenly pushed into me from behind.

I slammed a hand over my mouth, worried someone would hear me, as Sam began to move faster and faster, in and out.

Gripping onto a rough ledge, I let him climax, and he came hot and fast, panting in my ear.

Grabbing our clothes, we got dressed quickly, and rejoined the trail.

A week later, we’d hiked 18 kilometres before finishing up with a picnic at the bottom of a waterfall.

As the late afternoon wore on, swimmers left, and we soon realised that we were the only ones there.

Scrambling up the side of the waterfall and across the cliff face, we sank into a low bank by the water where we were partially hidden by the tall reeds.

While I struggled to quickly get out of my leggings, Sam sat on a rock, and slowly began touching himself.

Lowering myself onto him, I wrapped my legs around his waist and enjoyed every single second.

With the sun on my back and the fresh air in my lungs, I’d never felt more alive.

I took it all in as I grinded against Sam, feeling him deep and hot inside me.

Riding him harder and harder, I came in an explosion of pleasure.

Still clutching me to him, Sam suddenly shifted.

By the time we made it to Perth’s highest peak two weeks later, we had this down pat.

Arriving hours before dawn, we hiked in the dark and reached the summit at sunrise.

Laying his jacket on the ground as a make do blanket, Sam leaned back, his head in the dirt.

Without a care, he drew me in, holding my face and kissing me slowly.

As I began to move back and forth, I truly relaxed into it for very first time.

Surrounded by nature and without a soul nearby, it was the most freeing and liberating sex of my life.

I looked up to the clear sky from on top of a mountain and let myself go – screaming out load as Sam came just a second after me.