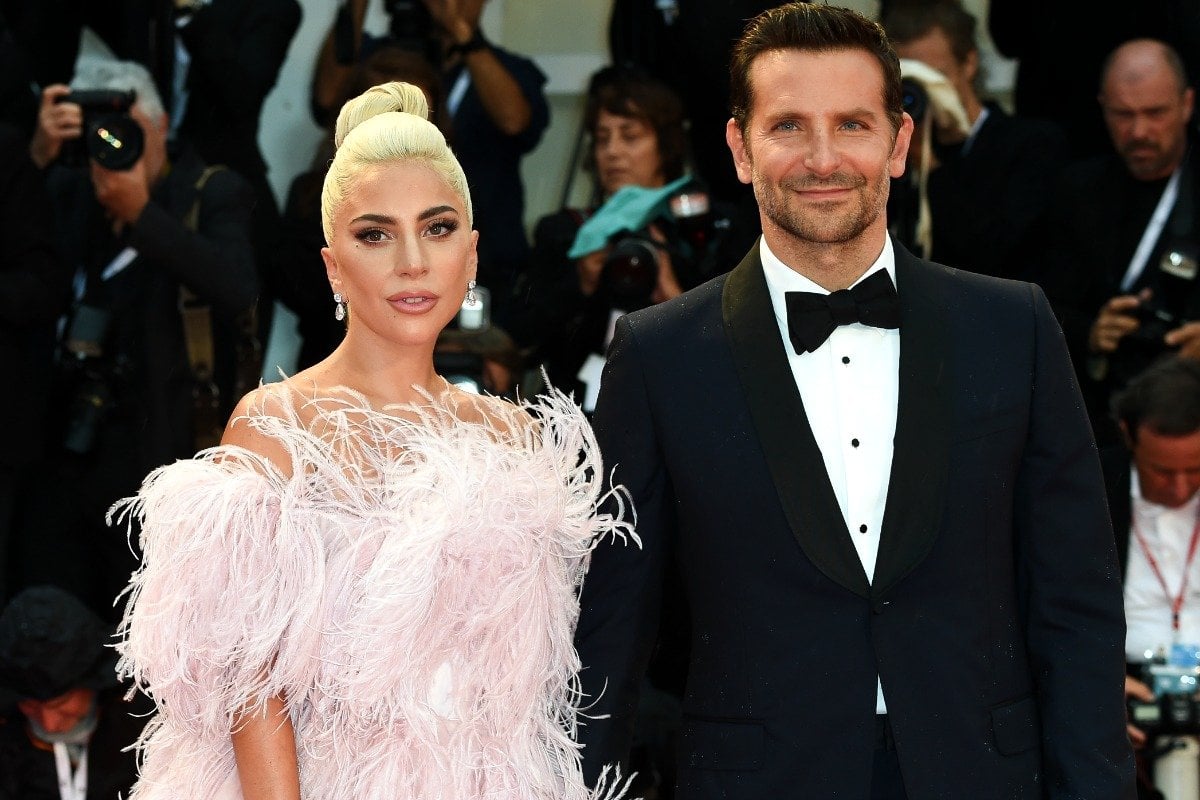 The devil may work hard, but an Oscar campaigner works even harder.

And they have a much bigger budget.

If you ever thought that political campaigns, fuelled by teams of strategists, extensive advertising budgets and crafty tricks, were dogged in their pursuit of ultimate glory, then you should know they have nothing on what it takes to secure an Academy Award.

LISTEN: Are The Oscars Rigged? Hollywood correspondent Gayl Murphy and Film Data Analyst Stephen Follows break down where the dollars flow on the road to Oscar glory…


The only difference here is that these Hollywood racegoers are the very epitome of a wolf in sheep’s clothing, with all their dirty dealings swept beneath a table of champagne glasses and talk show appearances.

You see, in order to be nominated for and then win an Oscar you need to do so much more than just turn in a great performance in a well-crafted film. The moment a movie is released to the public is really only signalling the start of the awards season race.

The Academy of Motion Picture Arts and Sciences is the governing body behind the Academy Awards (more commonly known as the Oscars), and the majority of the award categories are nominated by the members of the corresponding branch to the award. This means that actors nominate actors, film editors nominate film editors and all voting members are then eligible to select the Best Picture nominees.

As with any election, whether it be for Prime Minister or a primary school canteen committee, it all comes down to public perception, overall popularity and how you are viewed by your peers in relation to your competitors.

And since a positive public image can be incredibly difficult to craft and maintain, especially if there are a lot of horses in the race, this is where Oscar campaign managers come in.

Running an Oscar campaign is very big business and it often involves a team of strategists, a sizeable commitment of time from the nominees in question, and an immense cash investment from the movie’s studio.

“People who are voting want to feel that those nominated have some interest in being voted for,” Oscar specialist Cynthia Swartz told Public Relations Tactics in a piece on how Oscar campaigns work.

Dennis Rice, an awards publicist whose clients have included Miramax and Disney, also told the publication, “Any awards process is partially a popularity contest, and if anyone has done anything to alienate people, it’s going to affect the vote.”

In an interesting turn of events, this year’s overall Oscar campaign spend has reached new heights as the competition for the coveted little gold statues increases.

According to Variety, Oscar campaign budgets for movies who were seeking to be nominated in multiple categories in the 2019 race, such as this year’s A Star Is Born and Roma, ran between $20 million to well over $30 million.

Just for the Oscars campaign.

The behind-the-scenes mechanics of a successful Oscar campaign includes sending screeners to voting members, buying digital and print ads in trade publications, and even throwing lavish private parties so the stars can meet and greet with voters (although this last part is not allowed after the nominations are announced).

A source recently told Variety that the Oscar campaign for A Star Is Born actually came in at slightly lower than past studio spends, clocking in at $20 million.

Which of course is a smaller amount compared to the likes of say, Netflix, who according to several Variety sources, have spent an estimated $25 million in pursuit of an Oscar.

A Star Is Born’s slightly lower budget could be traced back to the idea that their campaign is based on their publicly endorsed and sweeping “narrative” style plan centred on the star power and “relationship” between Lady Gaga (real name Stefani Germanotta) and Bradley Cooper.

You see, along with spending big bucks on trade advertising and swish events, the best way for a movie star to secure themselves an Oscar is to structure a compelling or favourable public “narrative” around not just their name but also the road they had to walk in order to bring their movie role to life.

It’s why Leonardo DiCaprio told anyone who would listen how he almost died filming The Revenant, why Anne Hathaway teared up on cue when talking about the role of Fantine and its reflection on women, and why someone like Casey Affleck, who needed his PR image softened in the lead-up to his Best Actor win for Manchester By The Sea was suddenly a publicity-shy artist who popped up mainly in PETA support videos.

Which of course brings us to this year’s most prominent and skilful Oscar campaigners, A Star Is Born’s Lady Gaga and Bradley Cooper.

For the last few months, your social media feeds would have been filled with images of the duo gazing into each other’s eyes and speaking lovingly of each other’s support and friendship, performing a well-practised dance choreographed by a trained team of Oscar strategists whose end goal was to ensure their names ended up on the Oscar nomination ballot.

They have dazzled at film festivals, press junkets, awards shows and during their numerous talk show appearances all the time reading from a pre-approved script.

Their campaign quietly kicked off from the moment A Star Is Born was changed on the studio’s release schedule and moved to an October drop date, a date highly favoured by Oscar campaign managers thanks to its positioning right before the kick-off of red carpet season.

From that moment on, Lady Gaga and Bradley Cooper took on brand new acting roles, ones they have been skilfully performing for the public throughout the entirety of the awards season race.

It's been a well-crafted Oscars play with a series of carefully planted stories about the film's origin rehearsed and then trotted out publicly again and again until they all gelled together to form a mythology around the film, one that almost mirrors the movie's narrative.

From the very beginning, Bradley Cooper was positioned as the dashing male movie star turned first-time underestimated yet genius director who plucked 'ugly duckling' pop-star turned wannabe serious actress Lady Gaga from the concert stage and gave her the role she had always craved.

There was the time Cooper showed up at Gaga’s home for her screen test for A Star Is Born — one that we were told was conducted under the direct orders of Warner Bros because the studio wasn’t sold on her as a leading lady - and proceeded to wipe the make-up off her face himself because he wanted her “completely open with no artifice”.

Then, of course, there was the iconic press tour line that Gaga delivered perfectly over and over again. Speaking of Cooper, she would continually tell journalists "there can be 100 people in a room and 99 of them don’t believe in you but all it takes is one and it just changes your whole life…"

There were multiple online jokes about her repetition of the phrase, but on a professional junket tour for a movie vying for the Oscars this phrase was no mistake or even an inside joke. Instead, it ensured the team of Gaga and Cooper stayed in the spotlight during their press tour and fully cemented the campaign roles they were about to play for the rest of the season.

She was the now the grateful Cinderella to his benevolent film genius.

Behind the scenes, the campaign spend was happening very much in tandem with the public love story they were courting with fans.

According to Variety in November, right before the big awards shows were due to kick off and Oscar campaigning was in full swing, notebooks stamped with the lyrics to Shallow penned in Lady Gaga’s handwriting were sent to voters in a presentation box with a dazzling DVD screener copy of A Star Is Born.

The personalised notebooks were then followed by double-disc soundtracks on vinyl featuring posters of Cooper and Gaga gazing lovingly at each other, as well as vintage-style rocker T-shirts that were handed out to voters.

The truth is, the public will never know what the relationship between Lady Gaga and Bradley Cooper really is.

They could be cordial co-workers, secret lovers, sworn enemies or even brother and sister for all we know.

(They are probably not brother and sister, but still...)

Take a look at all the staged moments between Lady Gaga and Bradley Cooper...

The point is that their public relationship is designed to sell a movie and score awards, and receiving an Academy Award has the power to double both a movie's earnings and the star's potential film asking price, especially if the campaign was run correctly from the beginning.

Everything from Cooper's surprise appearance on stage at Lady Gaga's Las Vegas residency, where she gazed up at him with well-practised eyes to cement his god-like presence, to the unveiling of Gaga's new A Star Is Born tribute tattoo in the crucial week before the Oscars, were part of their pre-constructed publicity strategy.

With the help of their campaign team, the pair have actually done a brilliant job of teasing the public with a perceived love affair, concocting a blameless relationship that exists in a rose-coloured bubble between reality and the make-believe world of their movie.

You see, a scandal that involves a victim can be incredibly damaging to an awards season campaign, and a movie's enduring legacy.

So as much as their campaign team would like us all to fetishize the idea that Cooper and Gaga are secretly in love, any news that he actually cheated on his long-time partner, Irina Shayk, the mother of his young daughter Lea, could have irreversibly damaged the movie's Oscar campaign.

Which is why Irina has remained mostly in the background as the A Star Is Born juggernaut took off, unscorned but faceless, standing just outside the spotlight so that Gaga can fully shine.

Of course, this week it was confirmed that Lady Gaga had officially ended her engagement to Christian Carino, and the news was dropped close enough to the actual Oscars ceremony date that it was too late to incite any kind of scandal that could damage the film's chances.

It also has to be said that Lady Gags's Oscar campaign has gone into overdrive in recent months, even prompting the hosts of Little Gold Men, a Vanity Fair podcast that examines the Oscars race more than 12 months in advance to note that Gaga's Grammy acceptance speech was the moment she took strategy a little too far.

The hosts noted that after taking advice from her campaign team to play up the 'hopeful Oscar actress' card over the established musician persona that rings more true for her, she crossed the line from restrained performer to over the top Academy Awards pantomimer.

We will not know for sure until later today, Monday, February 25 when the 2019 Oscars take place if the money and public theatrics from the A Star Is Born Oscars campaign will pay off, but either way, it's been a hell of a ride to the awards stage this year.