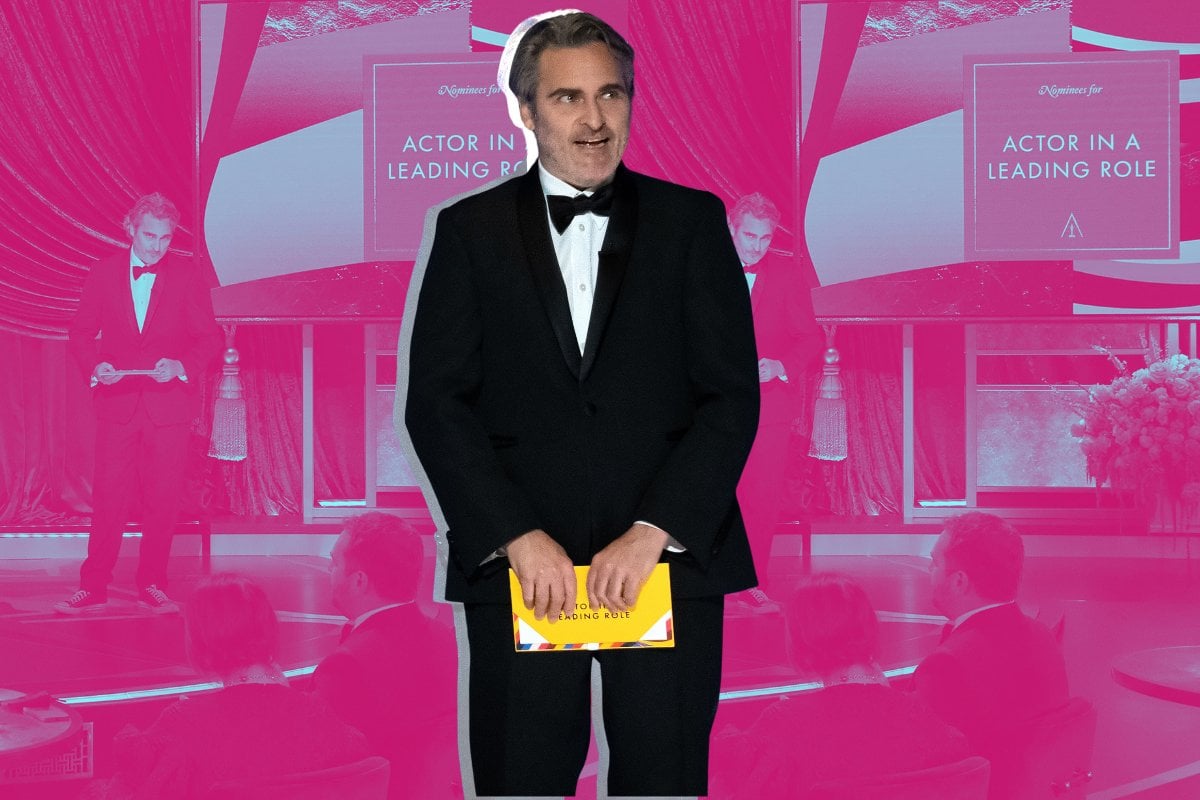 We had our first real life, big frilly dress wearing, emotional speech-giving, awards ceremony since a little thing I like to call the worldwide pandemic.

The 93rd Annual Academy Awards was the most diverse in history.

It was historical in many ways, with women and people of colour taking out most of the major awards.

Glenn Close even did 'da butt' which was fun for us.

Everything seemed to be going to plan, Frances McDormand had howled like a wolf before winning the Oscar for Best Actress, and then it was time for the Best Actor award to be announced.

Joaquin Phoenix stepped onto the stage, the crowd went quiet and the winner was announced and it was... Anthony Hopkins.

Hopkins - just as surprised as the rest of us - wasn't even there.

The ceremony abruptly ended, and that was... it.

If the 93rd Annual Academy Awards left you feeling like this...

.... then read on as I attempt to explain what went down.

The ceremony was rearranged.

In every other year, the Best Actress and Best Actor Oscars are announced and then the Best Picture is announced.

This year, Best Picture was announced (which was Nomadland btw) then Best Actress was announced (our beloved wolf-howling Frances McDormand), leaving Best Actor for the big finale.

The theory is the producers rearranged the ceremony because they thought Chadwick Boseman was going to win.

Boseman, who you will know from Black Panther, passed away last August after a private battle with cancer.

The actor, who was 43 at the time of his death, was nominated posthumously for his role in Ma Rainey's Black Bottom.

It's been reported Boseman's wife and family had travelled to the ceremony to accept the award on his behalf.

It was widely believed that Boseman would win the award, and the producers had set up what they thought would be the perfect emotional ending.

How did that happen?

The producers - like the rest of us - don't actually know who's going to win before the winner is announced.

That's how that whole Moonlight/La La Land awkwardness went on for a few minutes before that one guy from La La Land had to announce the stuff up to the... world... and also Meryl Streep.

Where the heck was Anthony Hopkins?

It's unclear. But it's possible he was locked up in a high security prison, taunting a young female member of the FBI/helping her track down a serial killer and solve a string of murders and abductions.

How have the people reacted?

They believe the producers clickbaited a Chadwick Boseman win and then just didn't deliver.

Also everyone (me) is very confused about why Hopkins won when Riz Ahmed (and his face) were in the running.

The Oscars were so sure that Chadwick Boseman was going to win that they REARRANGED THE ENTIRE CEREMONY so his category could be last, and then they gave the award to Anthony Hopkins instead...the most chaotic and unhinged thing I've ever seen.

Wait, did the Academy hold Best Actor until the end because they assumed Chadwick Boseman would posthumously (and rightly) win and then he didn't, so they're like "WELP, good night!"#Oscars

The #Oscars not only used Chadwick’s image for profit but they deliberately rearranged their category showing to have his go up last to boost their viewership, only to hand the award to someone else. https://t.co/HD2YxZTCt4

This is why I don’t watch the #Oscars- I always end up disappointed with how unfairly they treat artists who aren’t white.

Chadwick should have won an Oscar years ago. I bet he knew as well as we do that Hollywood doesn’t give us awards for whole, unbroken characters.

Yep, it seems we may have just witnessed the second biggest Oscars stuff up of all time.

Where the heck was Anthony Hopkins?

It's unclear. But it's possible he was locked up in a high security prison, taunting a young female member of the FBI/helping her track down a serial killer and solve a string of murders and abductions.

Or, he was sheltering away from the US COVID crisis in his native Wales, where he visited his late father's grave and paid tribute to him. Please rethink your jokes here - this one was tasteless.
It must also be acknowledged that Hopkins put in a phenomenal performance in The Father, for which he won the BAFTA earlier this year. Boseman was certainly the sentimental favourite today, but it is wrong to imply he was robbed, as is the narrative that many articles are promoting about the Oscars today. Boseman was simply beaten by a very worthy contender in Hopkins.
Resources
Very Peri
Skin
News
General
Opinion
True Crime
Politics
Sport
Explainer
Entertainment
Celebrity
Reality TV
Movies
TV
Books
Rogue
Royal
Lifestyle
Beauty
Fashion
Weddings
Home
Wellness
Health
Fitness
Travel
Food
Family
Before The Bump
Pregnancy
Baby
Kids
Teens
School
Parent Opinion
Work & Money
Money
Finance
Career
Lady Startup