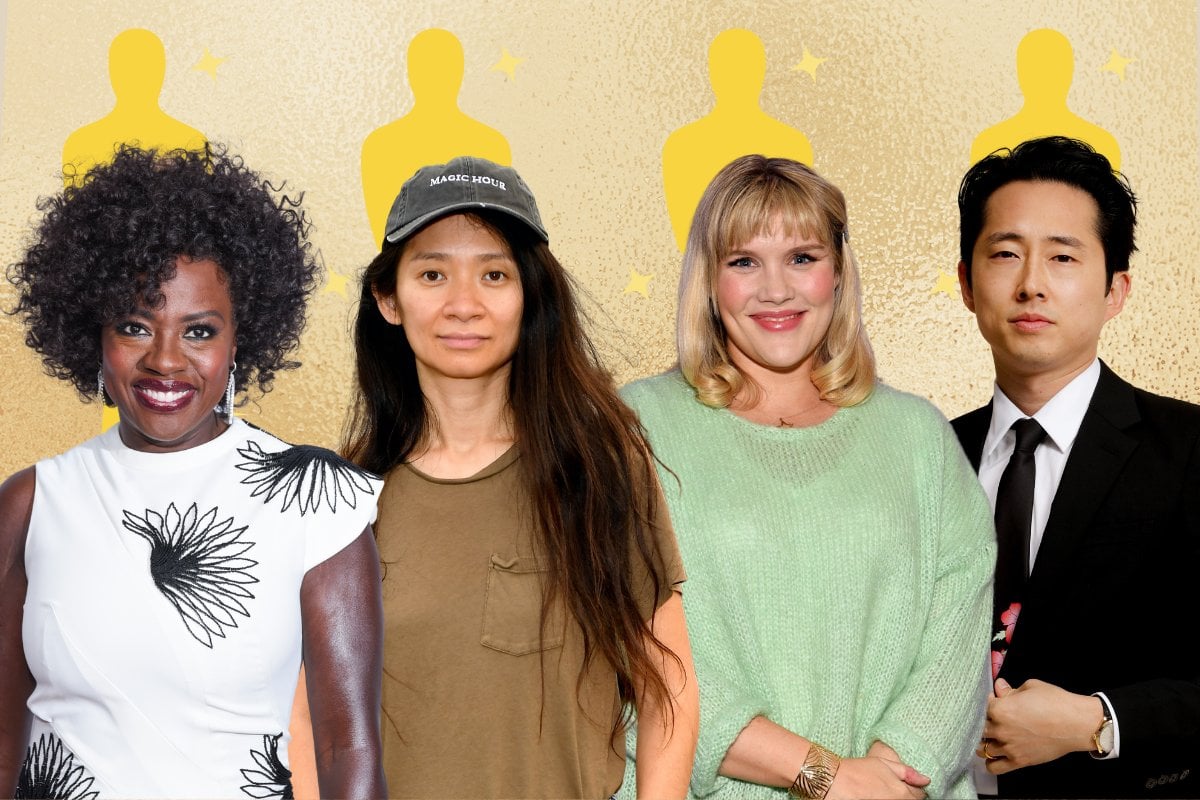 In response, the Academy of Motion Picture Arts and Sciences - the organisation that votes on the Oscars - aggressively tried to diversify its membership base, but in 2020 - yes, just last year - the awards barely escaped a repeat of those years, thanks to a single non-white acting nomination for Harriet star Cynthia Erivo.

For the first time in the Academy Awards' history, two women - Nomadland's Chloe Zhao and Promising Young Woman's Emerald Fennell - have been nominated in the best director category. Zhao also became the first non-white woman to score a nom.

It took 93 years, but FINALLY, this year is the FIRST TIME EVER more than one woman was nominated for Best Director in the same year.

The 2021 best picture category makes history too, with Minari producer Christina Oh the first Asian woman to be nominated and Judas and the Black Messiah becoming the first film with an all-Black producing team - Shaka King, Charles D. King and Ryan Coogler - to be nominated.

And I haven't even mentioned the incredible Viola Davis, who with her second lead actress nomination for Ma Rainey's Black Bottom, became the most nominated Black woman in Oscar history.

There's more too, especially in costuming, makeup and hairstyling awards. If I listed them all, we'd be here all day.

The journey to get to this point has been too long and too hard.

The classic pushback against diversity is the meritocracy argument - that nominations should be picked based on performance and not just 'ticking a box'.

Ignoring the fact that a meritocracy naively assumes all players begin on the same level, which they definitely don't IRL, I would challenge anyone touting out this argument to tell me which nominated actors, directors or films are not worthy of the nod this year?

From where I am standing, the nomination lists are exactly as they should be; from an entertainment perspective and a diversity one.

It's not that non-white entertainers (and female directors) have suddenly become great. There has always been talent spanning gender and race, but a lack of representation and opportunity have caused a severe lack of recognition. 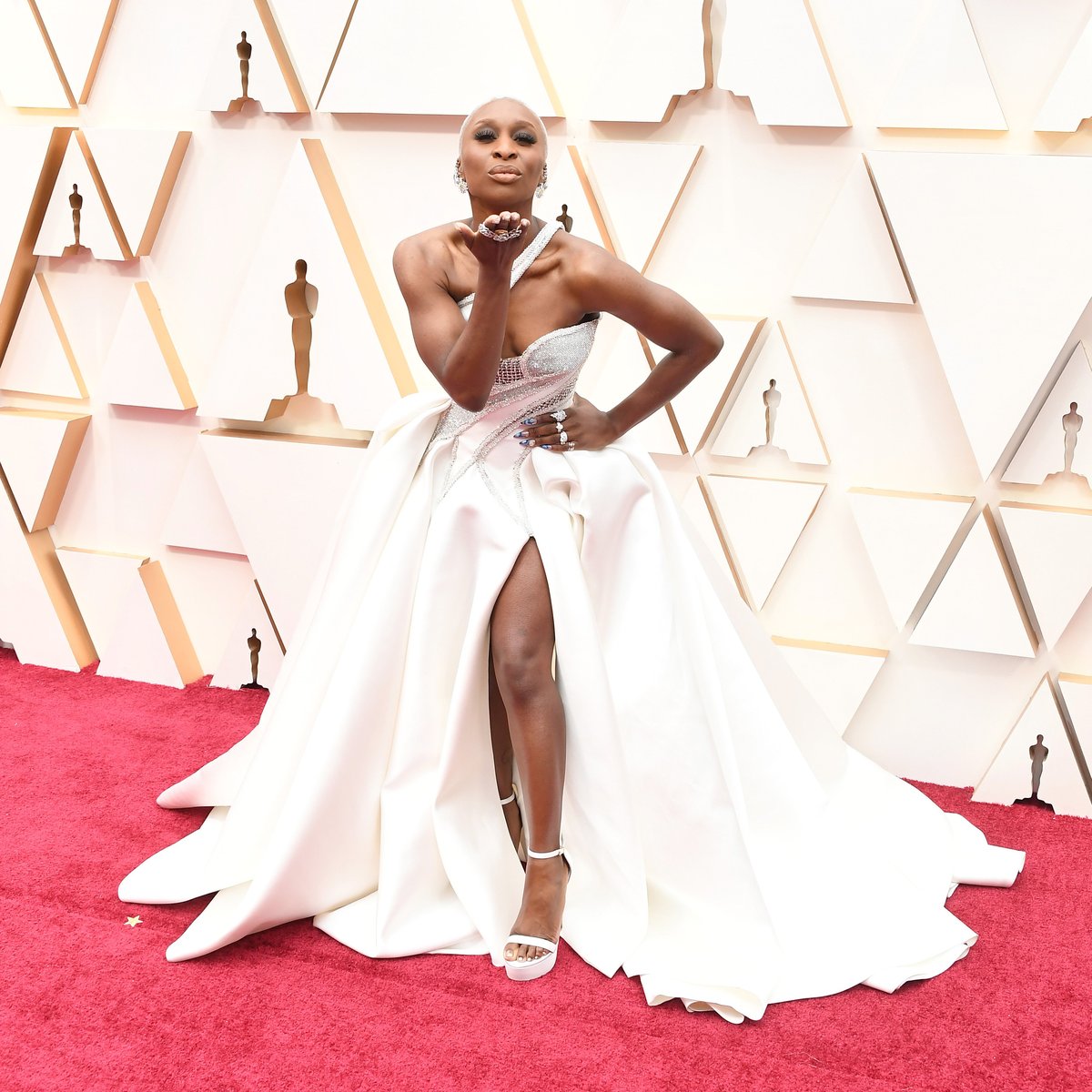 Cynthia Erivo was the only non-white acting nominee in 2020. Image: Getty.

Now, its membership is over 9000, thanks to an intensive campaign to invite new members from under-represented groups.

In June 2020, invitations were sent to 819 artists and executive; 45 per cent women, 36 per cent 'under-represented ethnic/racial communities', and 49 per cent international from 68 countries. A small improvement.

We don't know who/how many of these 800 accepted, but we know that among those invited were Awkwafina, Zendaya, Constance Wu and almost everyone involved in Parasite.

The membership base of the Academy is important, because the Oscars are basically chosen by an election.

Each member belongs to a specific branch which then votes on the nominees - so directors nominate directors, actors nominate actors, and so on - before winners are then voted on by all branches. Everyone also gets to vote on nominees for best picture. 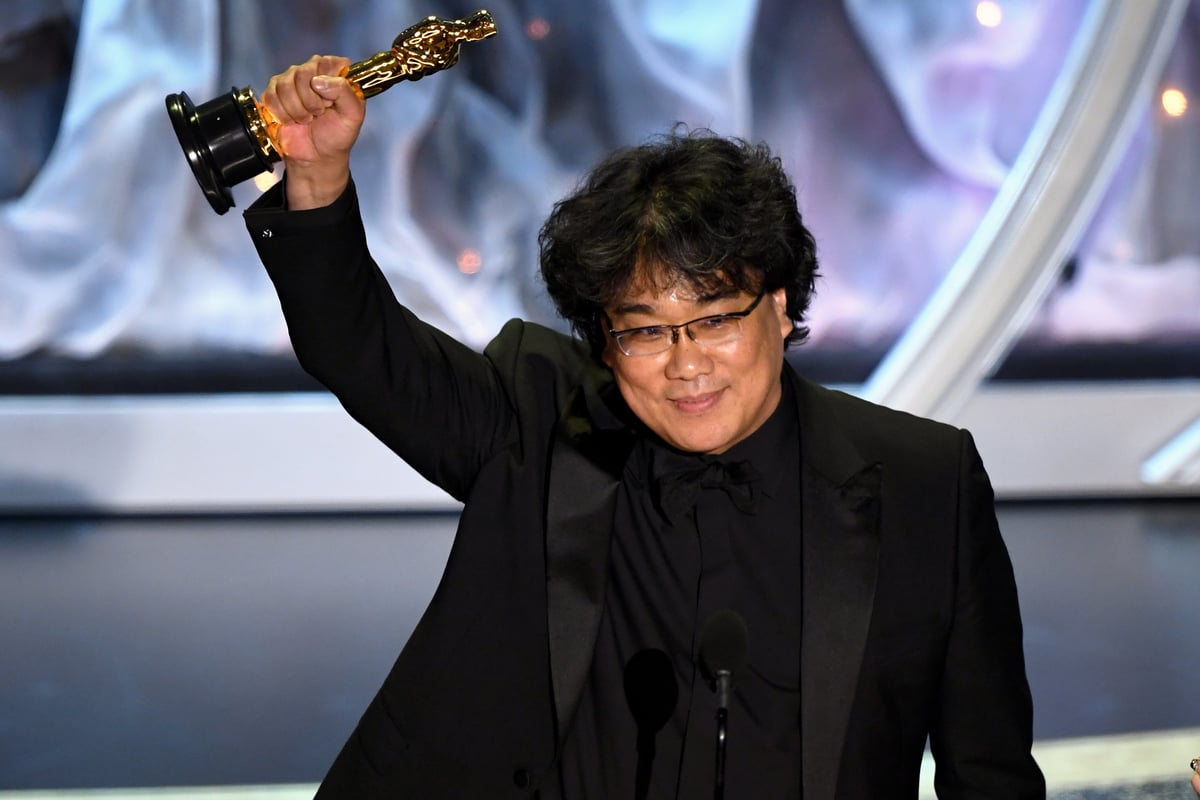 Diversity goes beyond any particular stats about X per cent of female or non-white winners, of course.

It's about making sure parts of society aren't erased both in and outside of the content we consume, with no seat at the table and no way of impacting decision making.

I am a white woman and I will never know just how changing it is to finally seeing someone who looks like you on a TV or movie screen.

When I think about this, I always remember seeing photos of Black children mesmerised by Tiana, Disney's first Black princess, in The Princess and The Frog and more recently, how Asian Australians embraced the cast of MasterChef Australia 2020 with open arms and perhaps, a tear in their eye.

In September 2020, the Academy announced new standards for films to be eligible in the Best Picture category.

From 2024, a movie can qualify by meeting standards for on-screen racial diversity, which means featuring under-represented groups through a non-white major actor, through 30 per cent of its ensemble, or in the story itself. It can also become eligible based on the diversity of not just its cast and crew, but the studio's marketing team, executive leadership, and internship programs.

The requirements are so lenient that honestly, it would be embarrassing for any film not to meet them. But what it also does is hand responsibility back to the studios, encouraging a wider range of voices across the entirety of the film industry.

They can't look at one wonderfully diverse Oscars and wash their hands of it, 'job done'. The job's far from done.

What celebrations of diversity also do is remind us that these nominations - a list of people who more accurately than usual reflect the industry they work in - are milestones at all.

We should celebrate these Oscar nominations.

But here's hoping there's a time in the not-to-distant future where we won't have to, because it's just the norm.