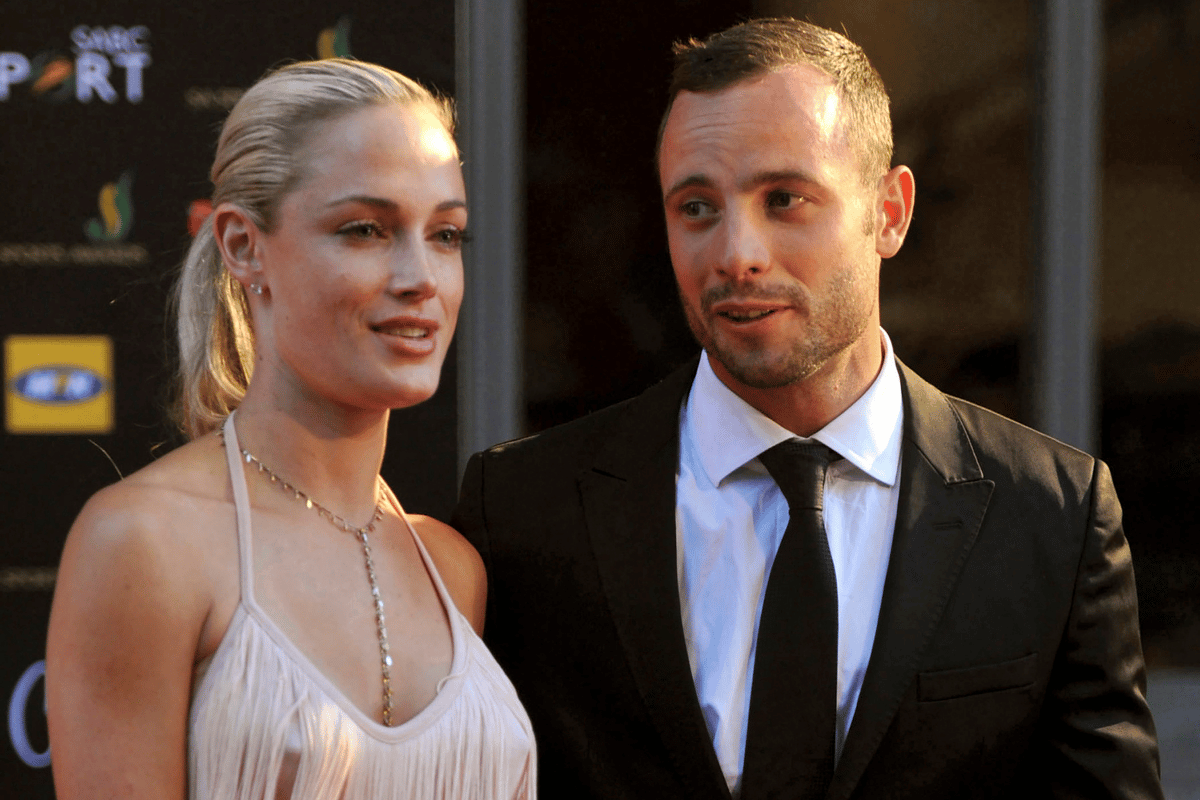 Eight years after he shot and killed his girlfriend, Reeva Steenkamp, Olympic runner Oscar Pistorius is now eligible for parole.

But under South African law, he must meet with his victim's parents in order to progress his parole application.

Pistorius was once the golden boy of South Africa, world-famous for his sprinting accomplishments at the Paralympic Games.

The double-amputee athlete had won multiple Paralympic medals between 2004 and 2012, nicknamed the 'Blade Runner' for his racing blades.

But on the night of Valentine's Day 2013, Pistorius shot dead his girlfriend, South African model Reeva Steenkamp. He'd fired multiple shots through a toilet door in his home in Pretoria with his licensed 9mm pistol.

He claimed at his trial it was an accident and that he had mistaken her for an intruder.

“I don’t believe it at all,” Steenkamp's mum June said in an interview with The Guardian.

"She told me they were fighting a lot. She’d only known him a short time and was beginning to think they were incompatible, and I think that night she was going to leave. I think it was an argument about something and she ran away. She was afraid and locked herself in the toilet. You don’t normally lock the door in the company of someone you trust. I don’t know what it was; I can’t possibly know. Only Oscar knows, and Reeva knows, and she’s not here anymore." 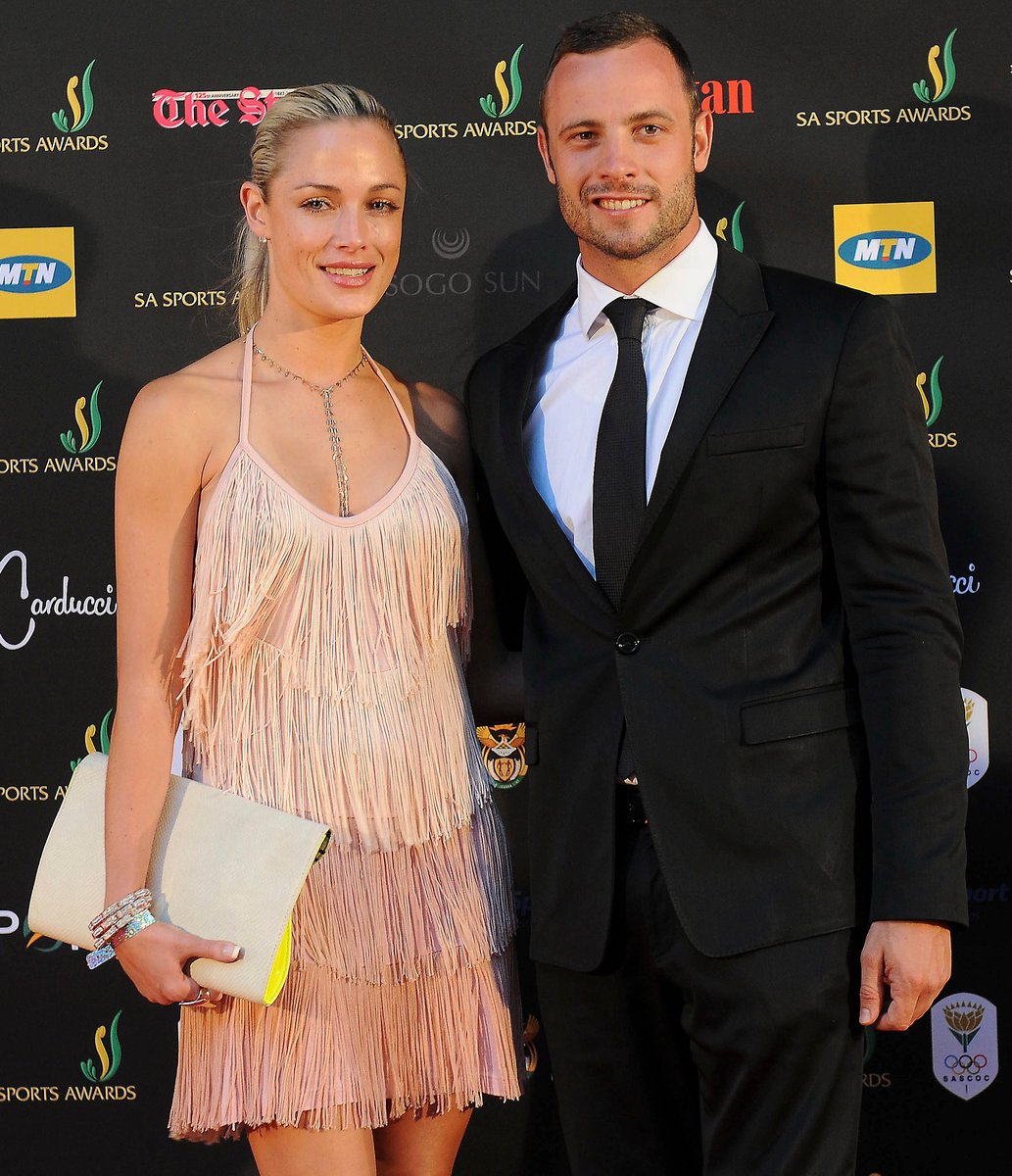 Image: AAP. "There's a missing piece: this is not the whole story. I just wish he could have stood up and said exactly what happened."

Parents Barry and June Steenkamp say they had been suspicious of Pistorius even before their daughter was killed.

One day Steenkamp called her parents from Pistorius’ car and said she was “scared” because he was driving at 260 kmph.

"If I'd known what I know now, I would have attempted to stop the relationship," Barry said in an interview with HELLO! Magazine in 2014. "Reeva wouldn't have liked me for attempting to interfere, but as it turned out she would have thanked me in the end."

Like many families who have been devastated by violence, the circumstances of their daughter's death plague them every day, says June.

"We wake up every morning at 3 o’clock, which is when she died. I think it was about twenty past three. And then you think of her in that toilet and what she must have gone through. Nobody deserves that.”

"Barry and I both have nightmares and it’s always about that, because we always protected her.” 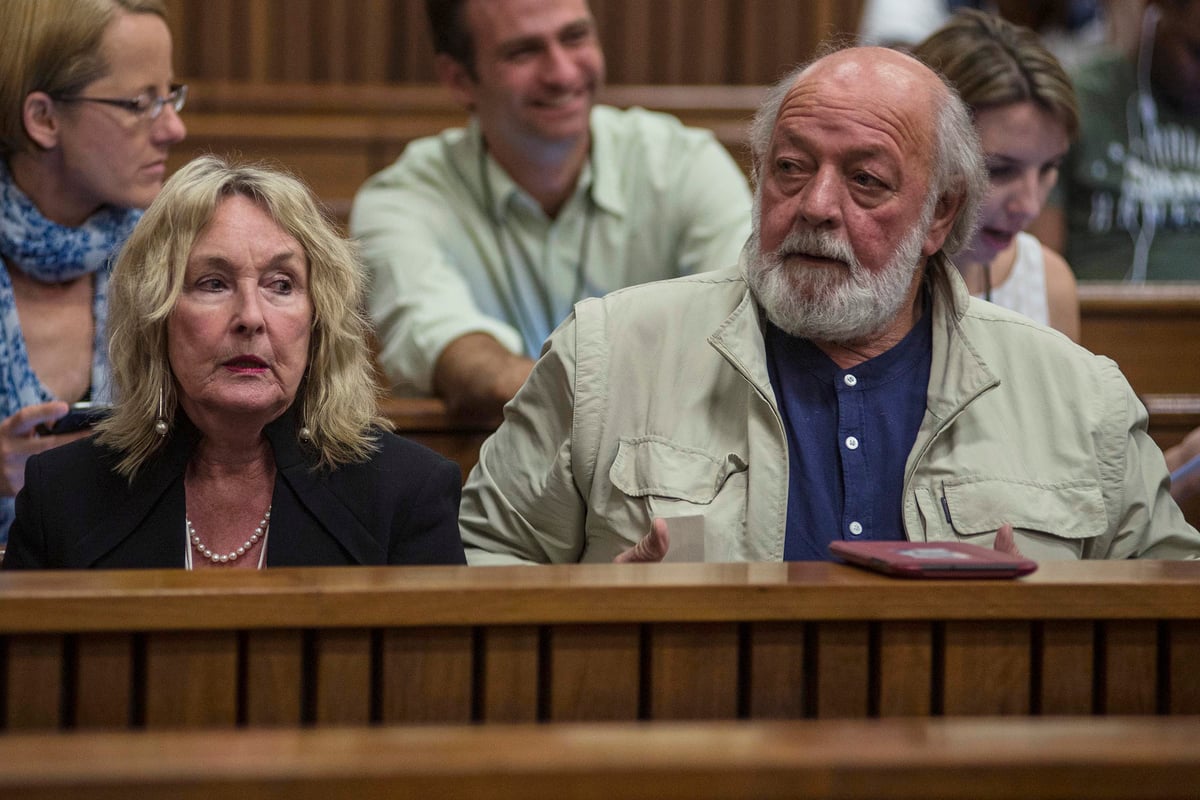 Pistorius was ultimately convicted of murder and initially sentenced to six years in jail for murder, but prosecutors appealed what they called a shockingly light punishment for murder. He was later sentenced to 13 years and five months in prison.

He is now eligible for parole after serving half his sentence.

Under South African law, Barry and June are entitled to a face-to-face meeting with Pistorius before he is considered for early release.

It is a right under South Africa's victim-offender dialogue policy for the opinions of victims' families to be considered by a parole board when deciding whether to release an offender. 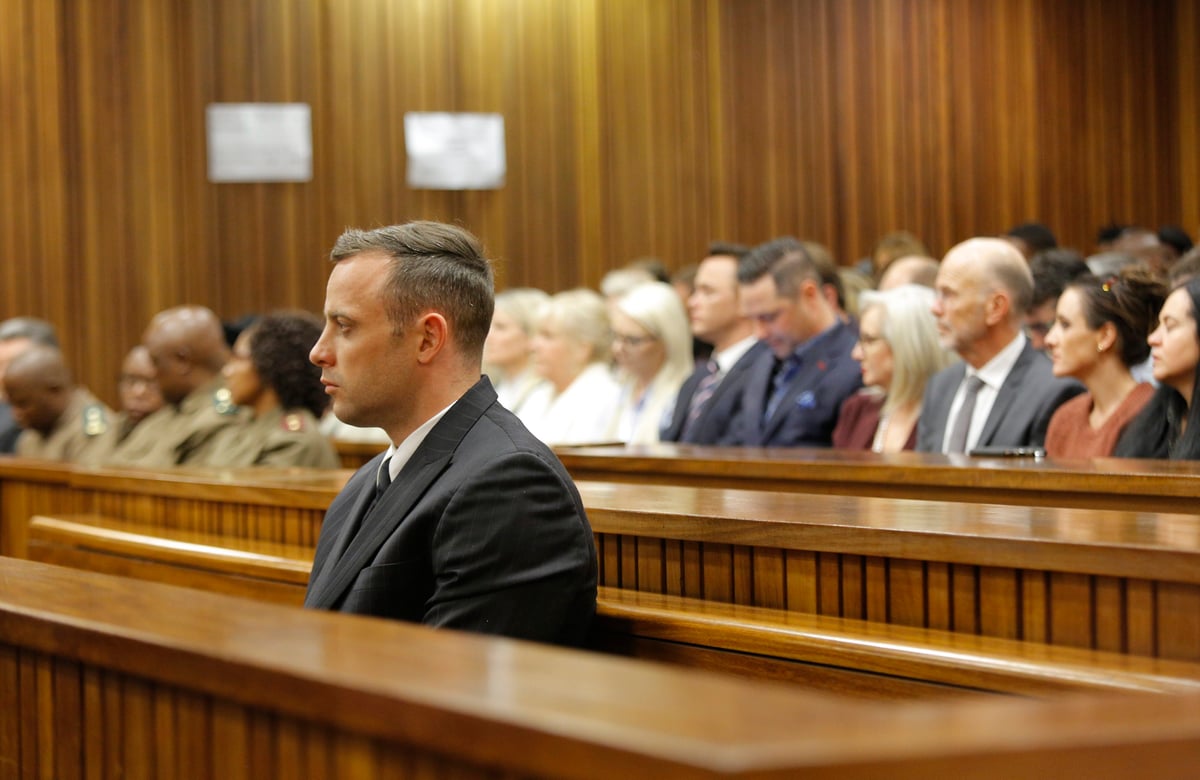 It is not the only criteria considered by the board, but it does play an important role. And this is something that Barry and June have agreed to take part in: meeting with Pistorius directly.

A parole hearing for Pistorius was scheduled for last month and then cancelled, partly because a meeting between Pistorius and Steenkamp's parents, Barry and June, had not been arranged, lawyers said.

"We're not looking for vengeance or for him to get hurt; we're just happy because he's going to be punished for what he's done. He may come out early on good behaviour, but by the time he's served that time, it will have taught him that he can't go around doing things like that," Barry and June have said previously.

Listen to The Quicky: the law that allows men to explain away murder. Post continues after audio.

But there is one thing that Steenkamp's parents want from Pistorius: for him to change his story.

The couple have previously said they want to challenge Pistorius on why he shot their daughter, with victim-offender meetings aimed at achieving some kind of closure for families of victims of crimes.

"They feel that Reeva has got a voice. They are Reeva's voice, and they owe it to their beloved daughter," said Tania Koen, the Steenkamps' lawyer.

It was a "huge surprise" for the Steenkamps when corrections services officials contacted them last month to say Pistorius is eligible for parole, Koen said. They believed he would only be eligible in 2023.

"[It] opens a lot of wounds, or rips off the plasters they had put on those wounds." 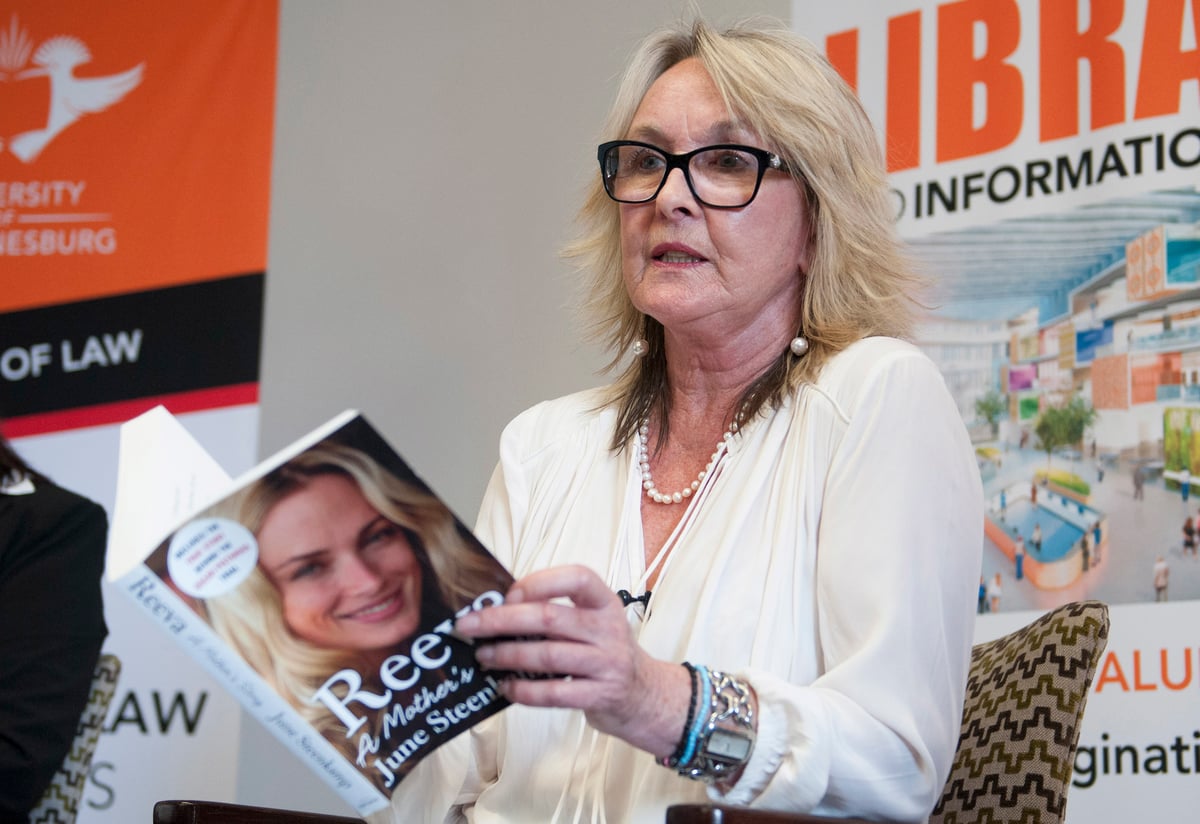 It is not yet known whether June and Barry will oppose Pistorius' release.

Since their daughter's death, Barry and June have campaigned strongly within the gender-based violence space, setting up the Reeva Steenkamp Foundation, which aims to educate and empower victims of violence and abuse.

Happy Mother’s Day to all the special moms out there. June Steenkamp, this message was sent to you by Reeva some time ago. 💜 pic.twitter.com/BTECay9MSW

"Oscar Pistorius took away the chance for her to do so much good. So I'm going to devote my life to it on her behalf. In this way, her dream will come true and her name will live on forever," June said.

Reply
Upvote
Pistorious should serve his full amount of time. Needlessly wiped out a beautiful life. He is a spoilt brat. Big ego. Hope he suffered in gaol.
R
RClare 7 years ago

The lockout laws are complete BS. Of course there has been less violence. You can't just ban people from driving and then say "look everyone, there have been significantly less car crashes".

That would be a legitimate way to reduce car accidents, actually. Your metaphor makes it sound like the lock outs are an effective idea.

But it isn't plausible. You can't bubble wrap people. Life is full of risks. The government is legislating sydney into the ground.