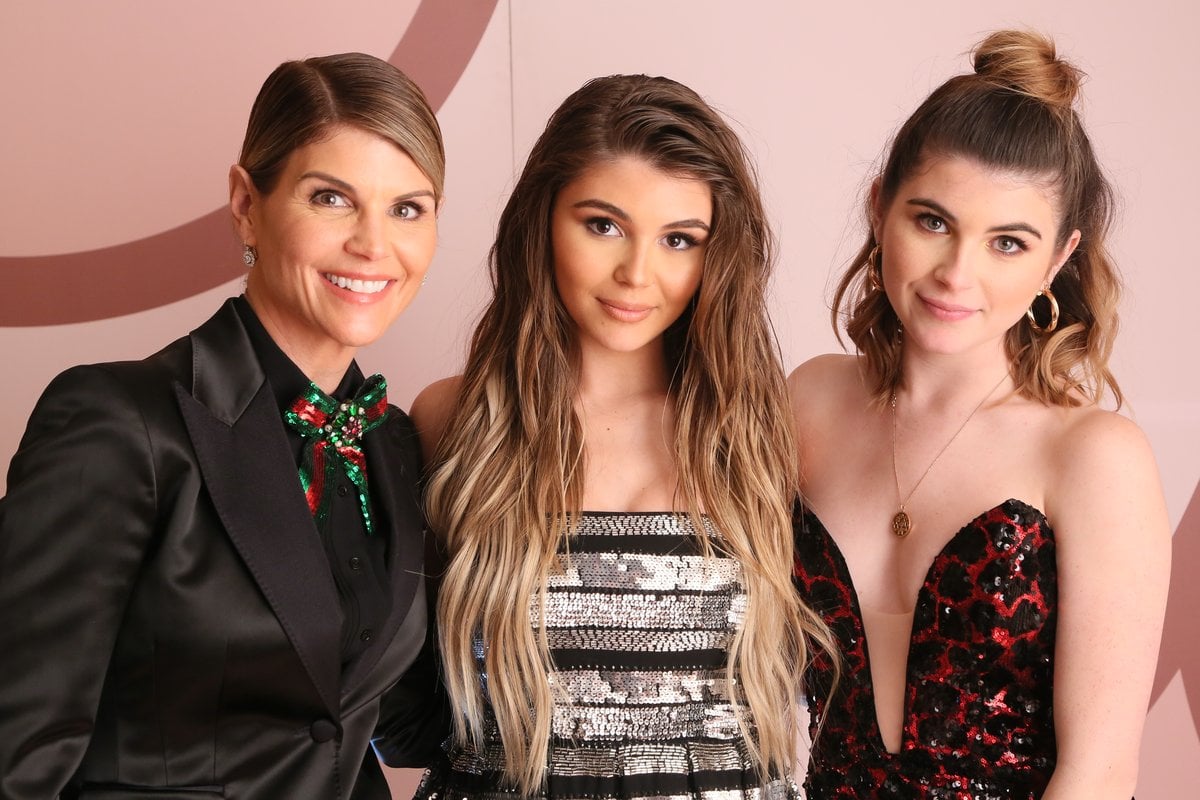 In March 2019, 50 people, including actors Felicity Huffman and Lori Loughlin, were charged in 'Operation Varsity Blues', the largest known college admissions fraud scheme in US history.

Led by Rick Singer, who was later dubbed the "mastermind" of the scam, dozens of wealthy parents paid more than $25 million between 2011 and 2018 to bribe their children's way into elite US universities.

The college admissions scandal, which was run out of a small college preparation company in Newport Beach, California, relied on bribes, phoney test takers, and even doctored images to land college spots for the children of actors, entrepreneurs, and influential business owners.

Watch the trailer for Operation Varsity Blues: The College Admissions Scandal below. Post continues after video.

While 33 parents were charged in the case, actors Felicity Huffman and Lori Loughlin ultimately became the faces of the scandal.

Huffman, best known for her role on Desperate Housewives, was the first parent sentenced in the college admissions scandal after paying US$15,000 to boost her daughter's SAT scores. As a result, Huffman was sentenced to 14 days in prison and 250 hours of community service.

Loughlin "agreed to pay bribes totalling $500,000 in exchange for having her two daughters designated as recruits to the University of Southern California crew team," despite the fact her daughters weren't actually gifted in rowing.

But outside of the crimes of Felicity Huffman and Lori Loughlin, there's a lot more to the college admissions scandal.

Below, we share the most intriguing things we learned from the documentary.

Rick Singer's business, The Key Worldwide Foundation, was at the centre of the college admissions scandal.

But as per Operation Varsity Blues, it seems Singer's business was legitimate at first.

In the 1990s, Singer was operating a similar college counselling business under the name Future Stars. 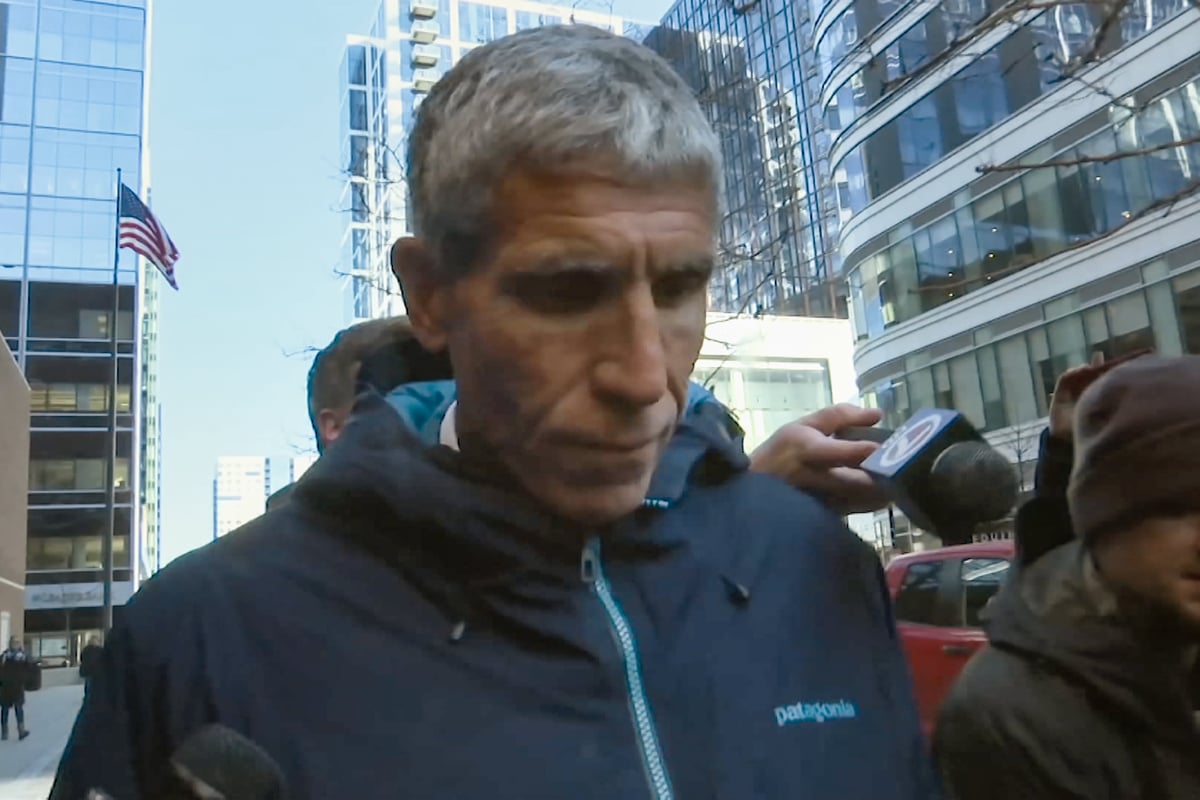 "I believe that there were many students he worked with who had very good credentials and he performed the normal services of a counsellor and facilitated their admission to college by advising them on their recommendations and so on," journalist Daniel Golden said in the documentary.

From 2011 to 2018, Singer used multiple "side door" tactics to guarantee admission to college for the children of his clients.

While the "front door" was regarded as a legitimate admission to college, the "side door" involved paying a bribe to an official or college coach to ensure his client would be accepted at the college of their choice.

"We help the wealthiest families in the US get their kids into school. So I’ve done 761 of what I would call 'side doors,'" Singer, played by Matthew Modine, said in the documentary.

"The front door means getting in on your own. So I've created this side door in because my families want a guarantee."

To do this, parents would "donate" to Singer's business, The Key Worldwide Foundation. That money was then used to fund Singer's "side door" deals, which largely involved either facilitating cheating on exams, or bribing universities and coaches to get them to recruit Singer's clients as athletes.

According to Operation Varsity Blues, Singer collected at least US$25 million dollars from his side door tactics. 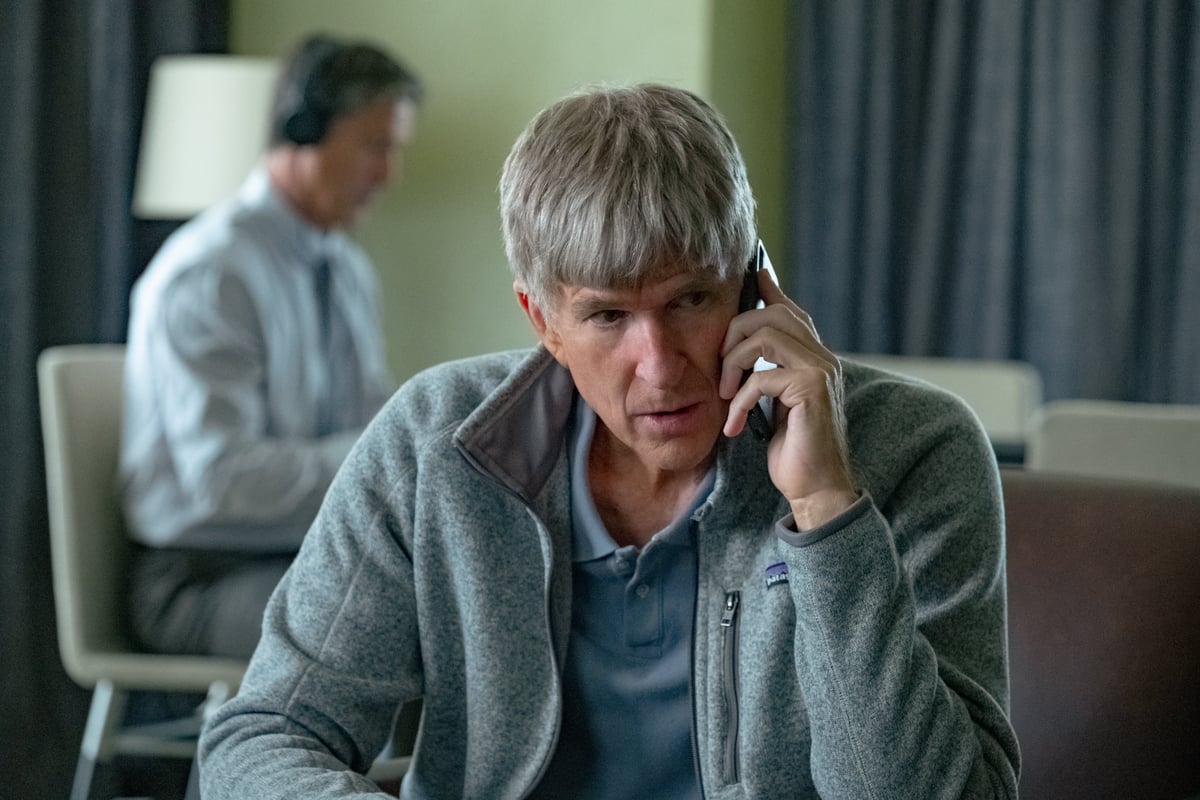 When Rick Singer was eventually caught by the authorities, he worked closely with the FBI to gain evidence against his co-conspirators by secretly recording his phone calls with his clients.

As a result, more than 50 people were eventually charged in the scam.

However, Singer hasn't been sentenced yet as he is still due to testify at other defendants' trials.

At the time of publishing, there is no sentencing hearing scheduled for Singer.

While Singer is potentially facing up to 65 years in prison, the 60-year-old currently spends his time in Sacramento, California, where he has often been seen at a local tennis club.

While many of Kushner's high school teachers didn't think that he was Harvard material, he was controversially accepted to the Ivy League school after his father, Charles Kushner, pledged $2.5 million to Harvard as a donation.

Although Kushner's admission into Harvard appears shady, it's actually legal.

But as independent education consultant Perry Kalmus pointed out in the documentary, it's unlikely that a $2.5 million donation would guarantee your child's admission into an Ivy League school in 2021.

While Lori Loughlin went to extreme lengths to ensure her daughter Olivia Jade's place at the University of Southern California (USC), the Instagram influencer wasn't particularly interested in attending university.

In YouTube videos shown within the documentary, Olivia Jade clearly had an apathetic attitude towards college.

In one clip, the now 21-year-old shared that she wanted to drop out of high school to pursue her social media career.

In another, she complained about not being able to travel overseas to a modelling shoot due to her college commitments.

"I don’t really care about school, as you guys all know," she said. 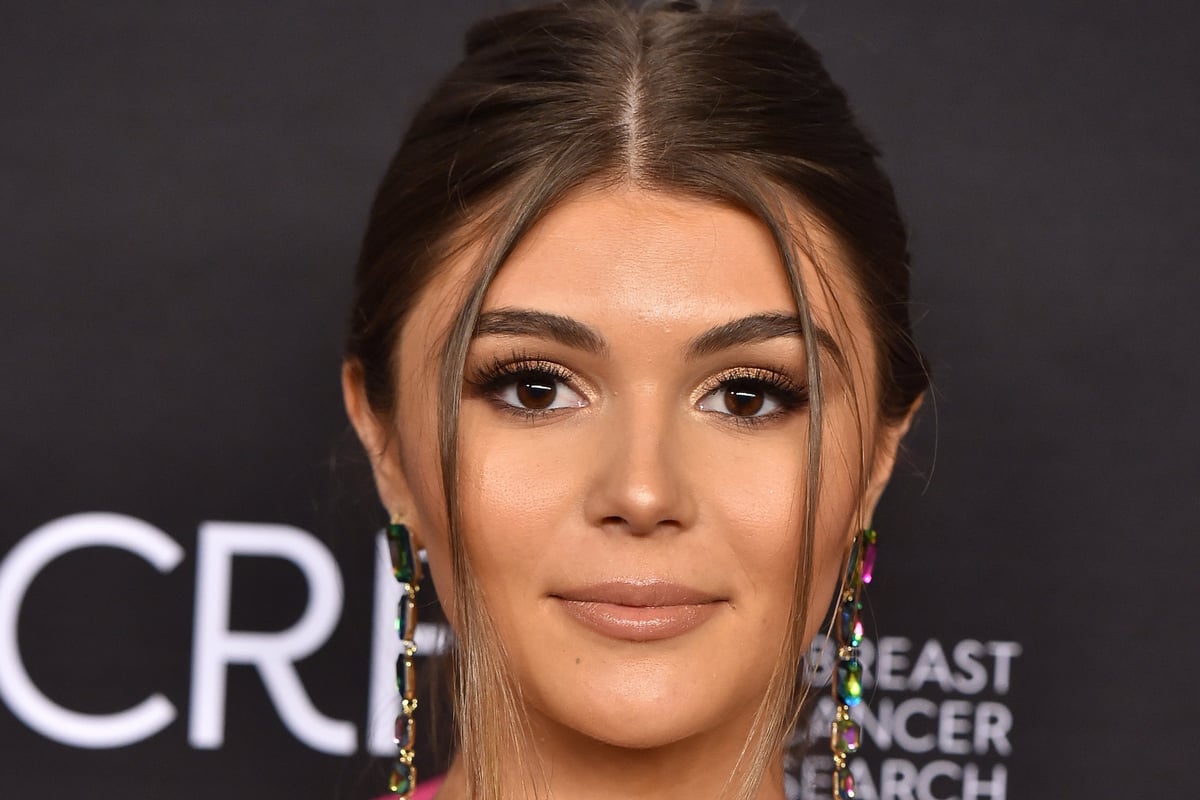 Lori Loughlin and Mossimo Giannulli paid $500,000 in bribes to the Key Worldwide Foundation so their two daughters, Isabella and Olivia, would be admitted as recruits to the USC women's rowing team.

In an effort to convince the admissions committee at USC, Loughlin and Giannulli took photos of their daughters on rowing machines to show they were "real" athletes.

However, the couple's plan was almost foiled when the high school counsellor contacted USC after he noticed Olivia had been named as a crew recruit, despite the fact he had no knowledge of her being involved in rowing.

"Based on what I knew of her video blogging schedule, I highly doubted she was involved in crew," the anonymous counsellor said in the documentary.

After the counsellor contacted USC to share his concerns, Giannulli "aggressively" confronted the school counsellor in person.

In a recording, Giannulli was also heard calling the counsellor a "nosey f**k".

Felicity Huffman's decision to boost her daughter's SAT scores may have been based on false pretences. 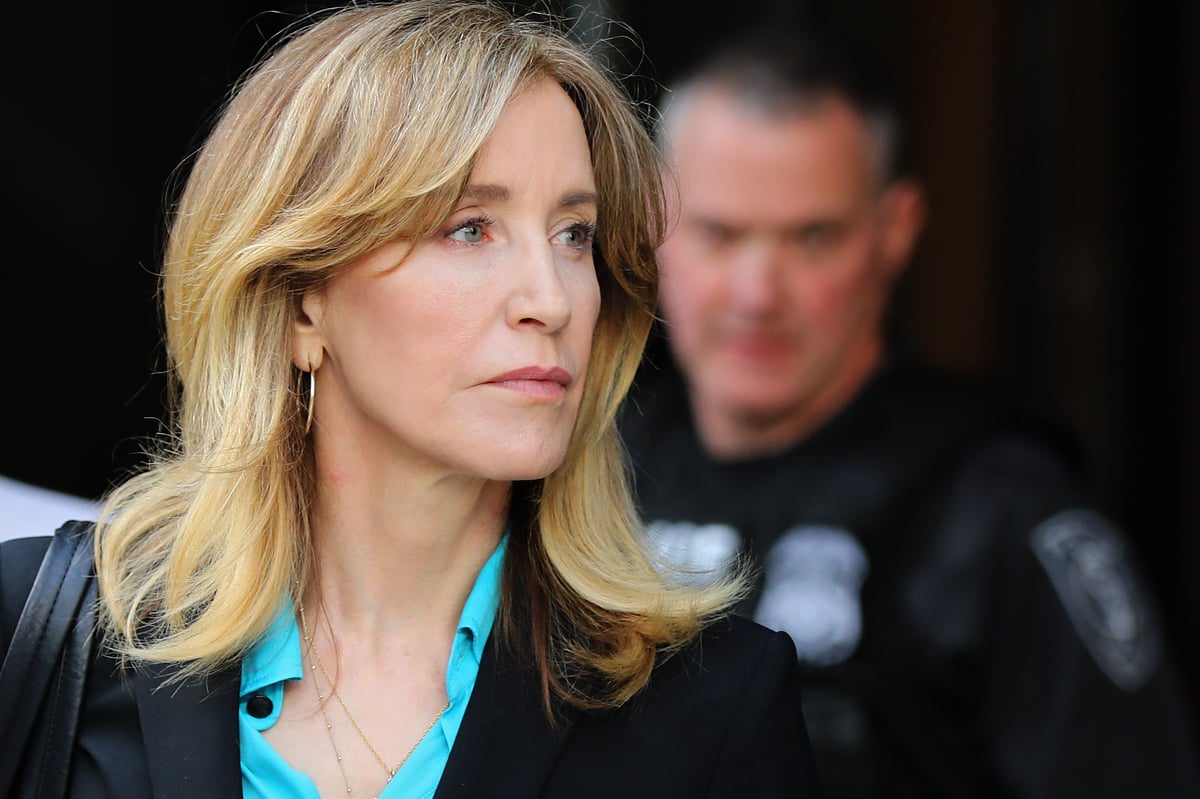 As part of the college admissions scandal, Felicity Huffman paid $15,000 to ensure her daughter had a competitive SAT score.

But in the documentary, it was suggested that Huffman's daughters scores were already good enough.

"My understanding of the Felicity Huffman case [is Rick Singer] told Felicity, 'Well, your daughter's scores aren't good enough to get into this school,'" federal prison consultant Justin Paperny said.

"Turns out, that was made up, that was false, her daughter would've got in regardless of that," he continued.

"It's identifying those pain points. Felicity can begin to rationalise, 'Am I a good enough mother? Have I spent too much time on my career? Don't you want your daughter to go a good school?' [Singer was] leveraging off the weakness, the pain point."

Reply
Upvote
6 upvotes
Not to excuse Loughlin's actions, but; how to strike fear into a parent's heart?
"I want to pursue my social media career".
D
dudus temere gravis a year ago

Reply
Upvote
1 upvotes
@gu3st Thinking more about it, Liam Neeson would have had a much easier time tracking down people these days.
Kinda' ruins the whole movie now.
C
cat a year ago

Reply
Upvote
@gu3st she makes more money in a month than most people do in a year in their ‘careers’.
G
gu3st a year ago

Reply
Upvote
4 upvotes
@cat What happens to her when she's no longer hot or, of interest?
D
dudus temere gravis a year ago