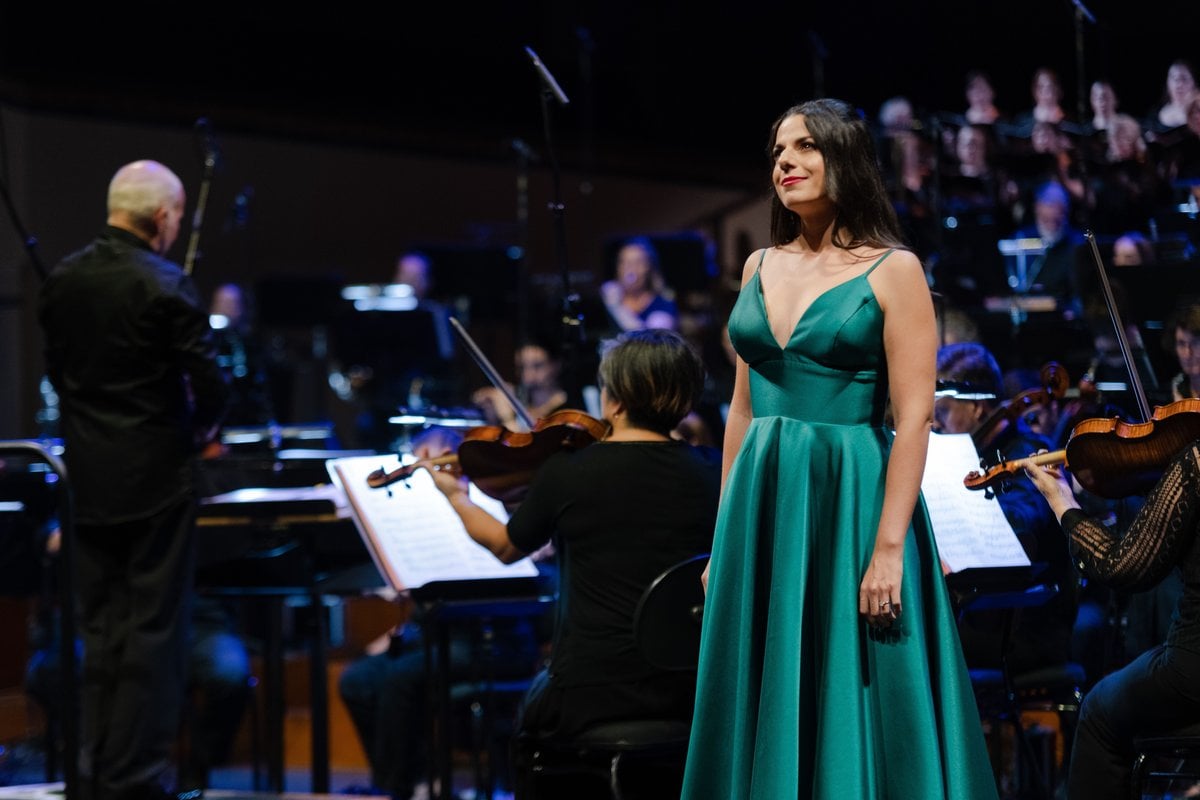 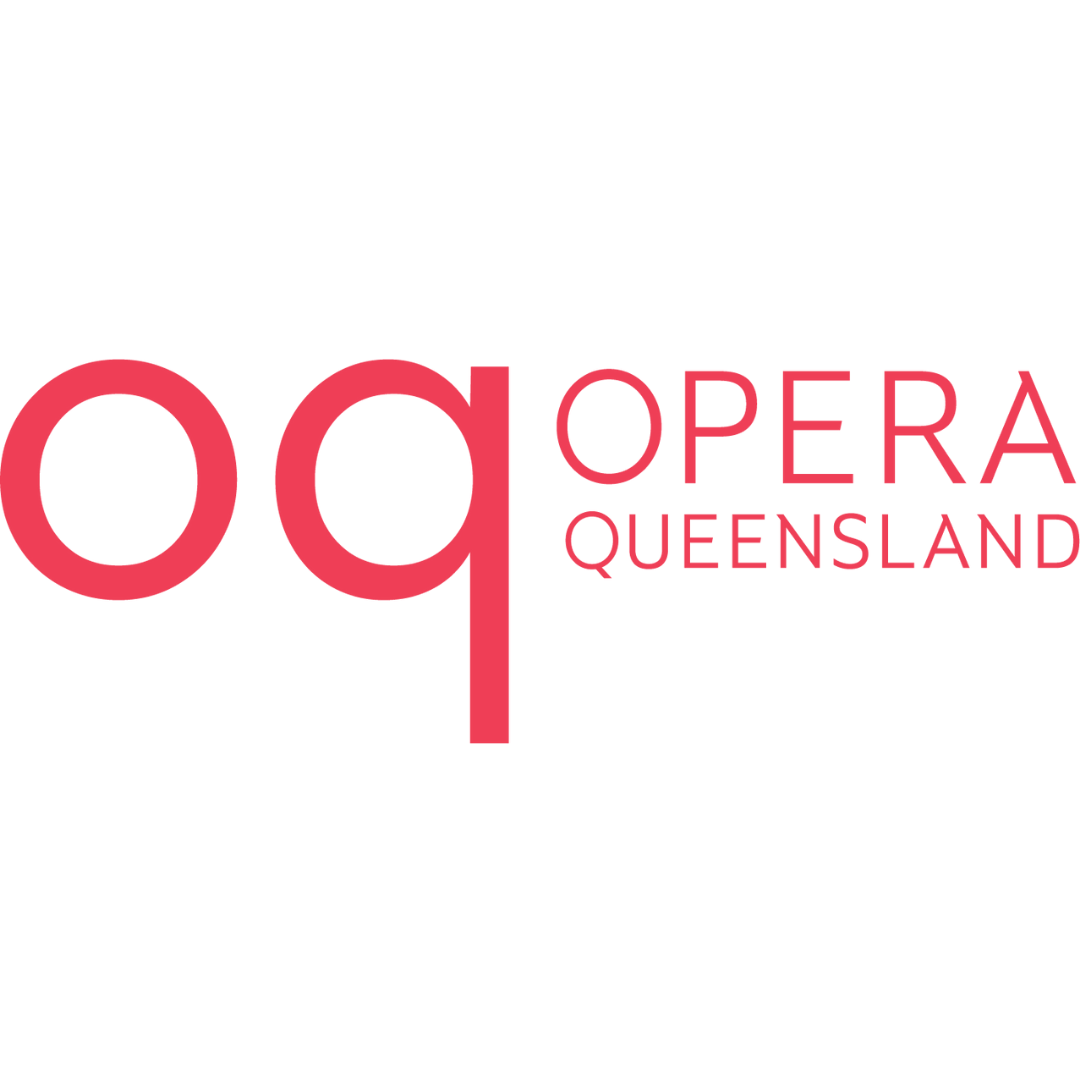 Thanks to our brand partner, Opera Queensland

Let's face it, saying you are an opera singer is a little bit like mentioning you're a mermaid. We have questions.

It's the kind of profession that screams glamour and seems a little mysterious. It naturally causes a million questions to pop into your head.

And it seems foreign and exciting because... well, it is.

They're an exclusive breed, and their world is often rarefied, cultured and sophisticated.

Sofia Troncoso is an opera singer currently starring in Opera Queensland's production of The Sopranos, a sparkling new show written by Sarah Holland-Batt.

Nine fabulous sopranos take centre stage to perform some of the greatest arias in the history of opera. They celebrate the bold and rebellious roles women have played — women who dare to be different, love the wrong men and refuse to 'behave'.

To get the details — and answers to all our burning questions — Sofia spoke with Mamamia about all things opera, and the questions she constantly gets asked. 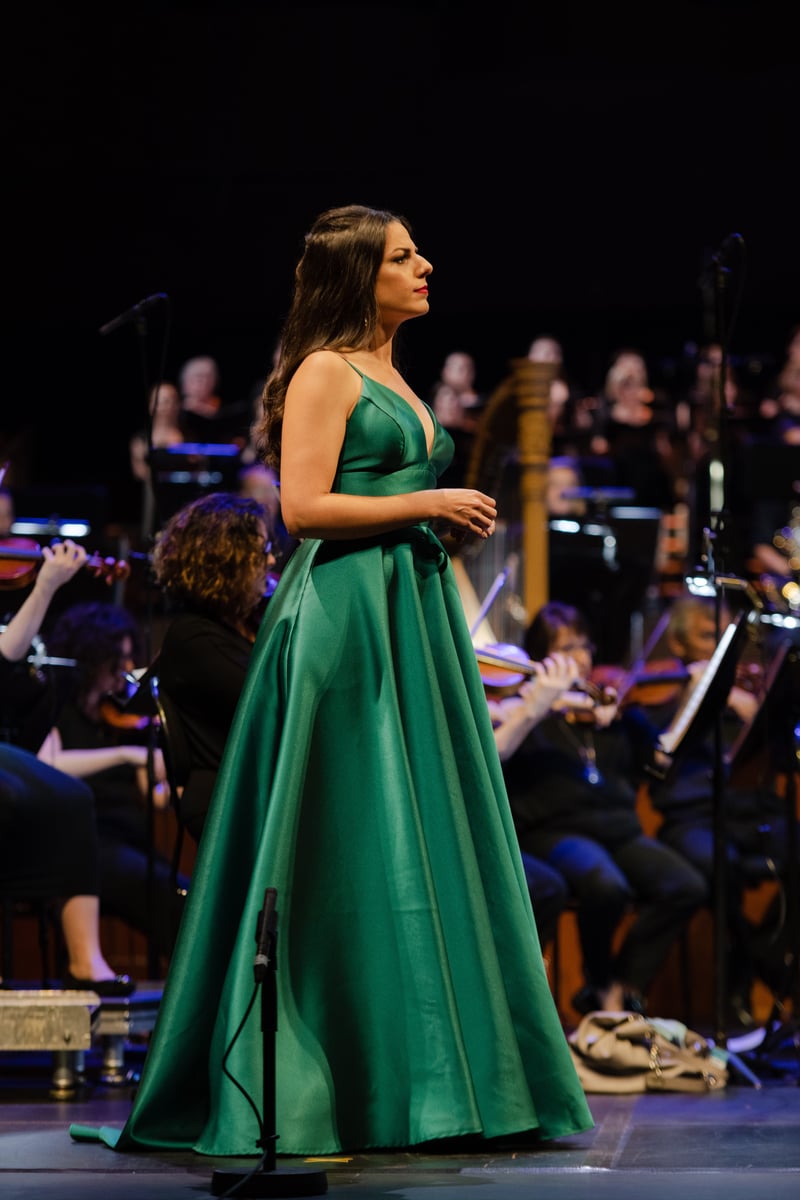 What's a typical day like for an Opera Singer?

Currently, Sofia is very busy with The Sopranos, but naturally, the life of an opera singer means that not all weeks are the same. It depends on the stage of production of her current project. But Sofia does kindly share a glimpse into her extraordinary life.

As you might imagine, it's not the usual 9 to 5 office schedule.

Sofia is used to travelling for work, which means she journeys throughout Europe and Asia, but the pandemic has impacted travel and meant she has been confined to Australian shores.

This has been a blessing for the local opera community.

"This week is a great week because I am called for a handful of rehearsals at Opera Queensland for The Sopranos alongside my two days of singing teaching!" she explained.

But besides the whole singing thing, Sofia also makes sure she takes a holistic approach to her health. Every day also needs to have space for self-care to stay opera-singer fit.

"Every day that I sing, I move and stretch, so I love to walk my dog or go for a bush walk followed by some yoga. Breakfast is a must. In fact, all meals are necessary.

"After 9pm I do love to wind down with a good tv show; at the moment I am loving Succession," she tells Mamamia.

How do opera singers keep their voice in such good condition?

You only have to hear an opera singer to know that sounding that good must take work.

I was hoping Sofia would reveal some bizarre trick or tip... like she only eats potatoes for six months before a performance, but alas, a voice like Sofia comes from within, and she keeps her voice sounding fabulous with a sensible, whole-body approach.

"I think my secret is plenty of sleep! Every singer is different, but I find that it is extremely important to rest the body and mind," she says.

"I also try to avoid loud places like clubs, pubs and concerts. I can't help but want to yell over the music, which is a real voice killer.

"Another thing I eventually figured out is that body alignment is crucial to healthy singing because you wouldn't believe how many muscles and tendons are connected to your larynx and overall vocal mechanism.

"If your body is tense, so is your voice, so stretching is crucial! Sometimes that may mean enlisting help from your local massage therapist, physio and/or chiro," she explains.

What's the most glam thing about being an Opera Singer?

Part of the appeal of going to the opera is the glam! The outfits, the make-up, the spectacle of it all, and it's not lost on Sofia.

"Anything having to do with being on stage in a proper production including professional hair, make-up and costume. There is nothing more exciting than a seriously good wardrobe department, and Queensland Opera has that in spades!" 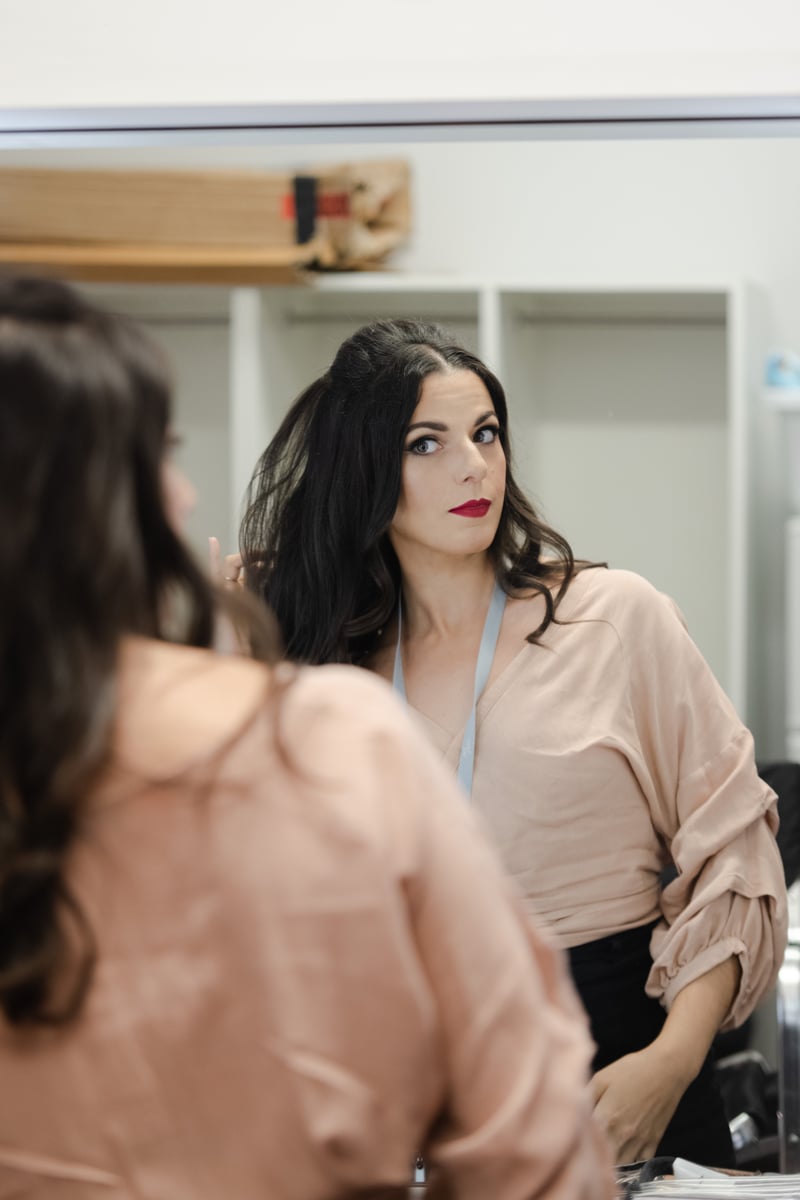 But it can't all be about glamour.

Like any profession, it has its tedious moments, and Sofia does share it's not all ballgowns and stage lights.

It takes effort and hard work to project the fantasy and precision patrons expect. Behind the scenes, it is not all glitz and fabulous.

Sofia has had her fair share of "waiting around in airports and changing into formal gowns in a public bathroom."

How long does it take to prepare for a show?

Currently, Sofia is working on The Sopranos. It's a new show, so it's exciting and unknown, and she loves every fresh second of it.

"Preparation really varies from project to project. On this show, there is an array of very talented performers that get to share centre stage and the burden of preparation," she tells Mamamia.

"In my opinion, the longer you get to prepare, the better. Singers need to 'sing things in' which means we need to be physically acquainted with something for a few weeks — or preferably months — to sing it comfortably, safely and beautifully."

What's the weirdest part about being an opera singer?

Sofia is well aware of how fantastic Opera singing is — just because she'd been doing it since she was sixteen doesn't mean she can't still marvel at the process.

"Opera singing is like anything else that's extreme. It is an exercise in contradictions. You have to release when you want to tense; when you sing up, you have to think down. The less you can hear yourself, the louder you are projecting," she says.

"The road to success isn't obvious. In fact, comparisons have been drawn in performance psychology between singing and sports, especially tennis; both require preparation and flow state.

Opera singers are ordinary people just like us, but it is also true that their extraordinary talent enables them to thrill and enthral us with their performances.

Opera Queensland's production of The Sopranos opens on March 29, and a regional tour begins in May. Don't miss out, grab your tickets here.

Celebrating bold and rebellious women season 2022 opens with The Sopranos. Shining a light on some of the greatest dramatic moments in the repertoire, The Sopranos invites us to experience these unforgettable women anew.