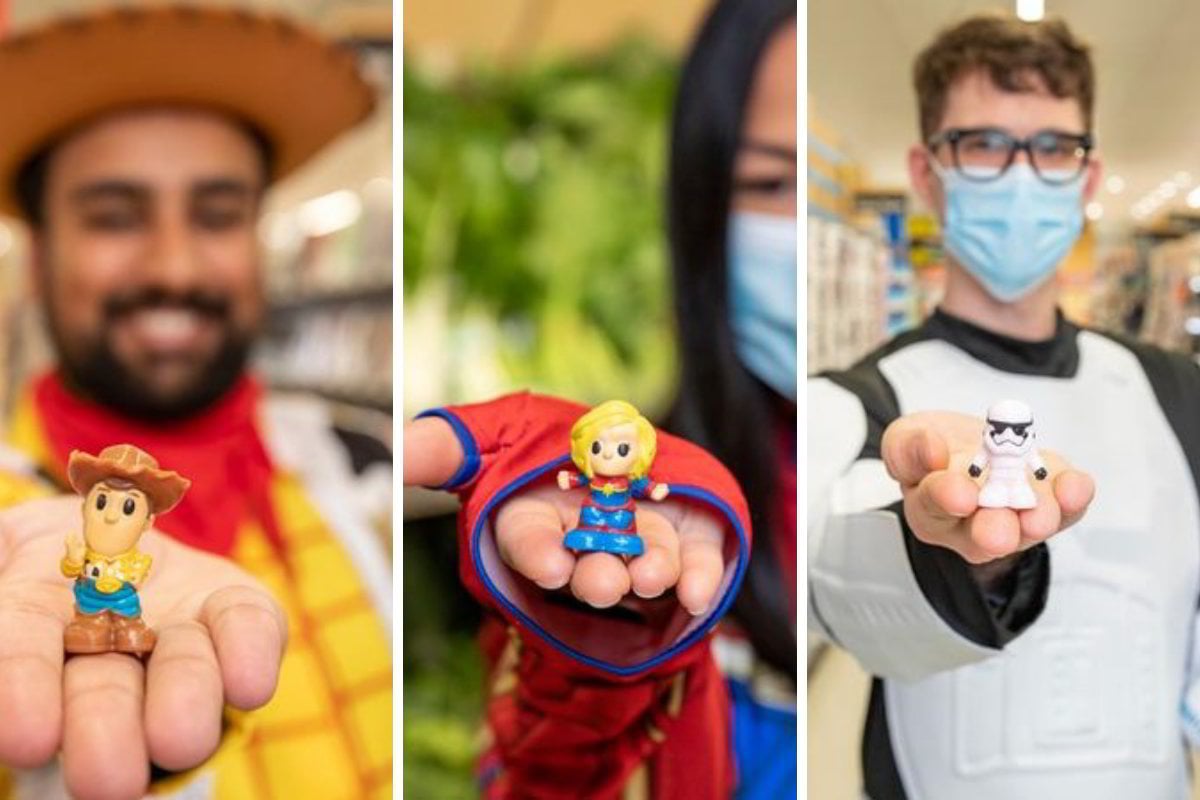 We know that you feel like you’ve reached peak crap news for this year, but unfortunately we have some more to throw at you.

In the 700th month of 2020, we have been dealt a harsh, cruel blow: Ooshies are being discontinued.

The news broke this morning when Woolworths announced in a statement that the “redemption of Ooshies will cease everywhere”.

Cue the sounds of thousands of hearts breaking and 4.7 million children screaming into the Ooshie abyss.

Now watch some of our favourite celebrities talk about parenting. Post continues after video.

“Availability of Disney Ooshies in store varies from store-to-store in each state and territory, however online redemption of Ooshies will cease everywhere other than Victoria from later today,” Woolworths explained in their media release.

Literally the one bit of good news that Victoria has had in a while, so we’ll not fire up about that one.

“Victoria is excluded from these estimates as their allocation was kept separate from the rest of Australia due to the delayed launch of the Victorian campaign. I want to reassure our Victorian customers these lower stock levels do not apply to them. We created a separate allotment from when we delayed the launch of the program due to Stage 4 lockdowns and they can continue collecting in the weeks ahead while supplies last.”

The news will no-doubt hit like a freight train to families that have been ferociously collecting their Disney Ooshies in the hope that they’ll get the whole gang. 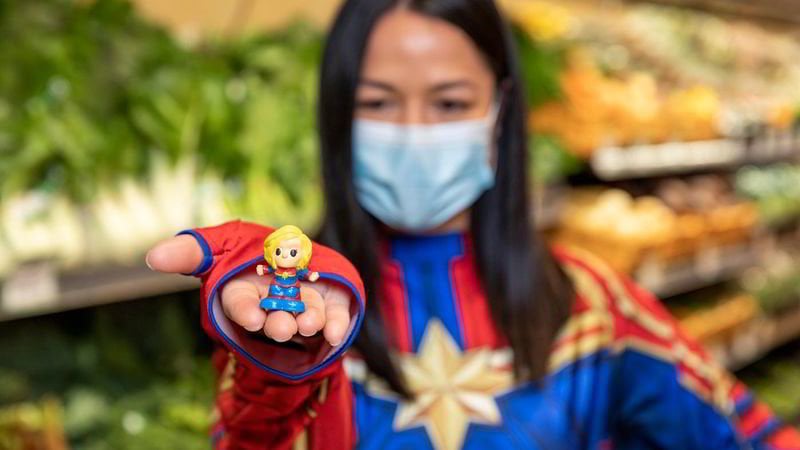 But apparently this ferocious collecting is behind the Woolworths campaign ending early.

Woolworths’ Chief Marketing Officer, Andrew Hicks, said the high demand showed customers loved collecting the Disney Ooshies. But ultimately, “Because of this, we expect the last of our stock to be collected by the end of this weekend”.

A full month before the campaign was set to end on October 20th, 2020.

Think about how many tiny Darth Vader’s we could have wrangled in that time? Or don’t, because, sad.

What even are Ooshies?

In theory: A mascot of your hopes and dreams, dressed up with nostalgia and escapism that whisk you away to a peaceful, safe time where all your troubles are at bay.

In practice: A plastic toy the size of a tequila shot.

How do you get an Ooshie?

Ooshies are earned every time you spend $30 in-store or online with Woolworths. Meaning during a big weekly shop, you could rack up some serious Ooshieness.

Why did we all become so obsessed with Ooshies?

Well, because they were something to look forward to.

For so many people who had lost their jobs, lost their patience, lost the ability to go anywhere other than their own suburb, Ooshies were a delightful distraction from the clusterf*ck that is 2020.

Now listen to Mia, Holly and Jessie talk about 'The Year Of Loneliness' on Mamamia Outloud. Post continues after podcast.

Collecting them with your family and chatting tactics with your friends was a way to not talk about COVID-19, and gave us some sense of purpose throughout the monotonous days that just kept bleeding into weeks and months.

While we understand the practicality of the campaign needing to end, we know that there will be a Ooshie-shaped hole in our hearts. And it’s probably a baby Yoda one, because we never effin’ found him. Grrr.

Reply
Upvote
2 upvotes
It is unconscionable that this plastic junk is still being produced. I'd hoped that this article would be to say that the reason they had been stopped was because of a shred of environmental responsibility Woolworths had felt.
R
rush 2 years ago

Reply
Upvote
3 upvotes
@ski they are really just so pointless, aren't they! They were on a good track with the little garden thing they were doing, and I like that Coles were giving away kids books. It would be nice to see a bit more thought given to the products they give away.
L
laura__palmer 2 years ago