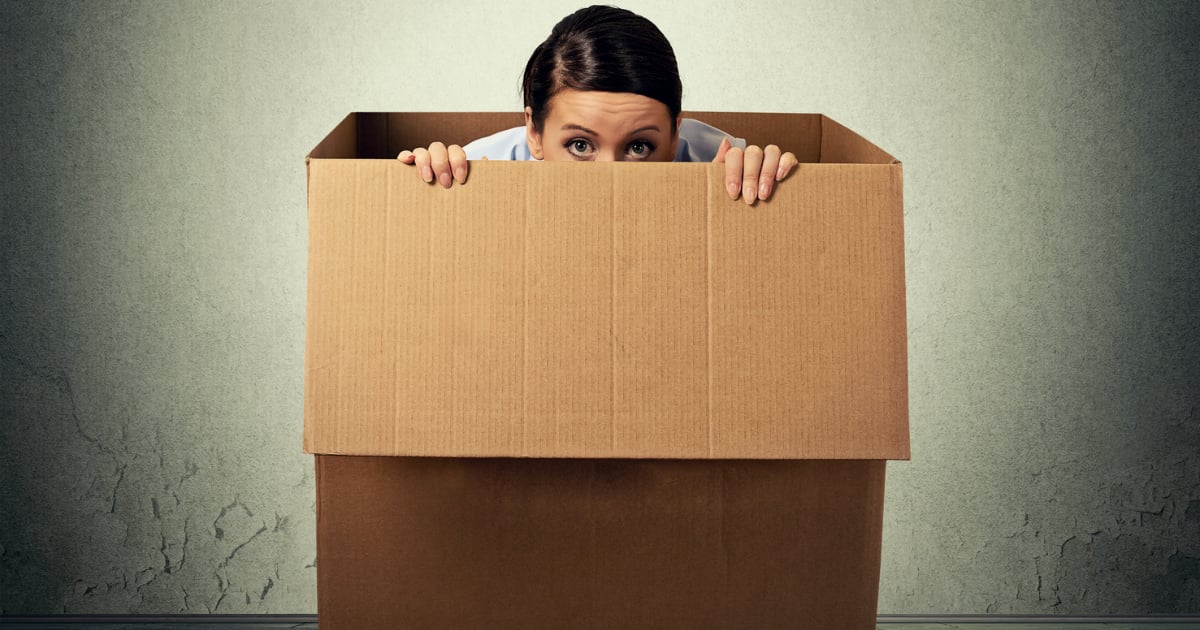 Many people say this with a semi-stunned expression, their eyes widening and head tilting, as though they’ve just come eye-to-eye with a rare animal. There I sit, a Homo Sapien Only Childus — shrouded in mystery and much assumption — thrust into the wild world of speculation.

When people tell me stories about how their brother taunted them at family gatherings throughout childhood, or how their older sister was a stable force that helped them through awkward teen years, I’m afraid I have nothing to add.

Interestingly, I often face a barrage of statements in which people blurt out the many ways they um, truly know me.

“So you’re one of those spoiled types, huh?”

“Ah, I bet you STILL get everything you want!”

To which I inwardly think, “Enough already!”

I say, “Inwardly,” because, well, I’m also an introvert.

That’s right — as if the only child stereotypes aren’t enough, let’s toss introversion into the mix.

And oh yeah, my late father was in the military.

That means I grew up moving from state to state, or sometimes overseas, every few years, until he retired in the early 90s. In fact, I spent my first two years of high school in Germany and the last two in New Jersey; a child growing up in this environment is often referred to as a “Military Brat.” Because, you know, we’re spoiled rotten — what with all the bratwurst eating and autobahn driving one minute and the pork roll, egg and cheese delights along the Jersey shore the next. (*pinky finger raised as I stir the sugar into my convenience store coffee*)

Yes, I own my own golf course. No, you’re not invited. via GIPHY

Please, enough already with holding tight to the stereotypical mindset that makes you think I’m a catered-to, quiet type who can’t stand social interaction. Yeah, I know, I’d rather sit around and file my nails while being fanned with giant palm leaves and hand fed grapes, classical tunes wafting in the background.

I believe in kindness, a decent night’s sleep, humor, respect, imagination, and keeping the opening of mugs facing upwards in the kitchen cabinet. Big issues. Small ones. It’s all good.

Silly you, I prefer being fed dried apricots.

If I’m to believe birth order psychology, and cut-and-dry personality theories, that suggest one is either a reserved, corner-sitting introvert or a wild, loud extrovert, then by all means, I’m a stuck up, antisocial, gift-seeking mess. I’m supposedly every bit a get-what-I-want, quiet type (who, um, also happens to be a “spotlight-loving” Leo — so what’s THAT all about?) who barely talks above a whisper and considers “a night on the town” stepping foot on the patio.

Not at all. So I want to set the record straight.

In reality, I enjoy talking and going out with others, but prefer a small-group setting as opposed to being front-and-center. This has nothing to do with having a snobbish personality. In fact, snobbery is a total turn off to me. If you talk to me incessantly about your foreign investments while watching the lawn service duo trim your beloved row of lilacs, well, I’m not going to be very interested. I’m down-to-earth and enjoy a variety of meaningful, fun conversations on a one-on-one basis or with just a handful of people at a time.

I’m also extremely empathetic. My heart goes out to just about every good or bad situation that unfolds — from mistreated animals and proud military veterans, to a teary-eyed child winning a spelling-bee, or townspeople stricken by an act of violence. I’m deeply moved. So much for having a me-me-me attitude, right?

And no, I don’t sit around tapping my toes to military band tunes or sobbing over songs about one being the loneliest number. My musical interests include everything from Celine Dion, Shawn Mendes, and the Goo-Goo Dolls, to 80s tunes and that Disturbed remake of Simon & Garfunkel’s The Sound of Silence.

I believe in kindness, a decent night’s sleep, humor, respect, imagination, and keeping the opening of mugs facing upwards in the kitchen cabinet. Big issues. Small ones. It’s all good.

Am I a former military brat who is an only Leo child with introverted tendencies? You bet.

But remove the cloudy veil that attempts to provide a nutshell version of me and you'll find — like so many people who experience unfair judgments — that I'm so much more than a set of misunderstood, cliché labels.

This article first appeared on Ravishly.com, your first stop for feminist hugs.