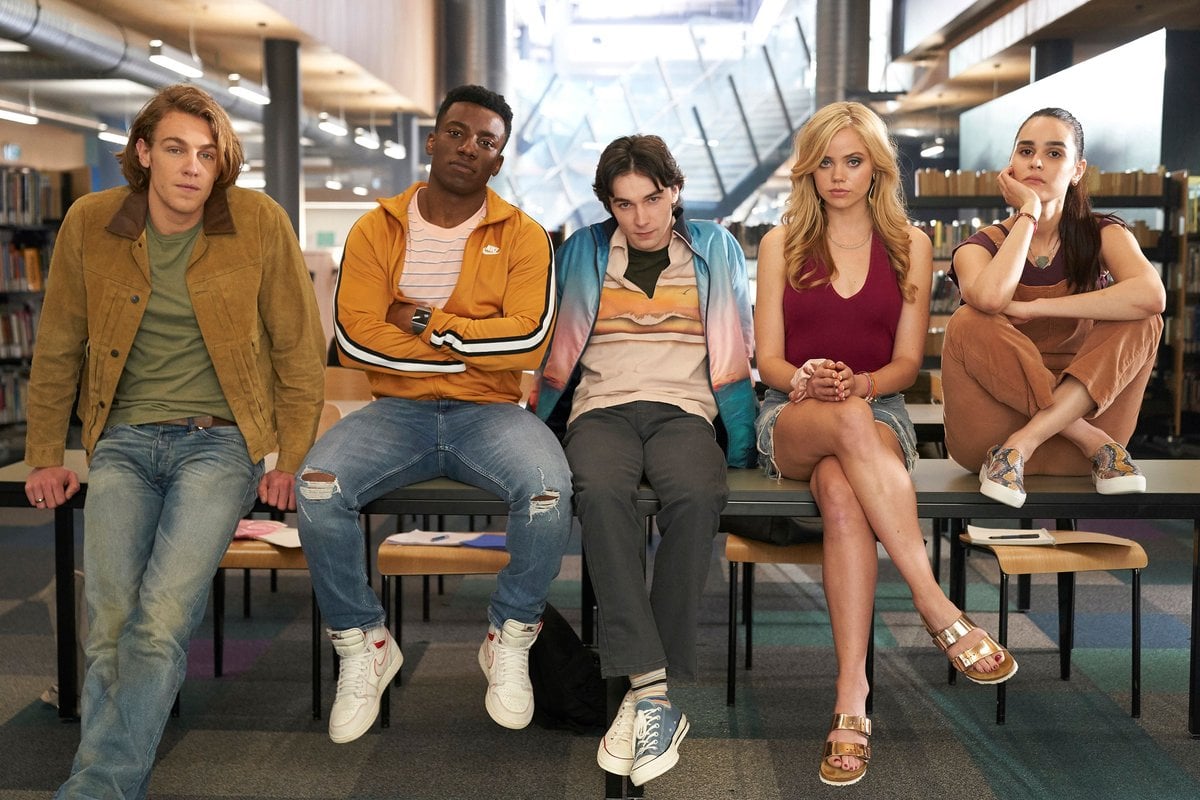 An athlete, a princess, a brain, a rebel and a gossip walk into detention.

One of them won't walk out alive.

The remaining four will be suspects.

And one of them is lying.

That's the premise of Stan's new mystery-drama series, One Of Us Is Lying, which can best be described as The Breakfast Club meets Pretty Little Liars, with a good sprinkling of Gossip Girl.

The first three episodes premiere exclusively on Stan on October 8, with new episodes dropping weekly after that.

With a killer cast, an addictive plot, and non-stop twists, the new teen mystery series is guaranteed to be the next TV show everyone you know will be watching and talking about.

Watch the trailer for Stan's One Of Us Is Lying. Post continues below.

Plus, with episodes dropping weekly, there will be plenty of time to gather clues and share your own theories with the group chat about your new TV obsession.

Based on Karen. M. McManus' New York Times' bestselling novel of the same name, the series is set at a fictional American highschool called Bayview High.

Bayview High has all the trappings of a traditional American high school in a small town - think social cliques, proms and Friday night football - but under the surface it's brimming with dark secrets.

It's the first day back at school after an eventful summer, and the students are nervously waiting to see what their resident gossip blogger, Simon (Mark McKenna), will post on his blog 'About THAT'.

In the previous year, Simon's gossip missiles resulted in half the basketball team being expelled and lots of messy breakups between couples who had been hiding dirty little secrets from each other.

While the school principal has no idea who was behind the blog, Simon's identity is widely known among the student population and he is the most hated and feared person in the school.

In the opening minutes of the pilot episode, Simon promises to reveal secrets about four students on Friday night and gives his readers a little sneak peek of what they can expect.

We then meet the four students in question.

First there's Bronwyn (Marianly Tejada) aka 'The Brain', who Simon says he has a "bad report card" on.

Then there's Cooper (Chibuikem Uche) aka 'The Athlete', who apparently has a "dirty locker room secret".

Next is Addy (Annalisa Cochrane) aka 'The Princess', who cheated on her boyfriend over the summer.

Lastly, there's Nate (Cooper van Grootel) aka 'The Rebel', who Simon says he has "fresh dirt on" that his probation officer would be very interested in.

By the end of the day, the five students find themselves in the first detention of the year together. And when the teacher momentarily leaves the room, Simon ends up dead.

Due to the suspicious and sudden nature of his death, and the fact his mum is the town's mayor, the other four students immediately become suspects in his murder.

So what starts as The Breakfast Club quickly turns into the best murder mystery of the year.

While all suspecting each other, the four strangers have to work together to find out what really happened to Simon, while secret after secret is revealed.

During this process, they learn they're all a lot more than the labels they have been assigned.

This is what the series does so brilliantly - it takes the tropes and stereotypes that we're used to seeing in high school mystery series and teen movies, and flips them on their head.

The athlete is a lot more than the guy who dominates on the track. And the princess is a lot smarter than people give her credit for.

And sometimes the most likely suspects aren't the bad guys at all.

If you liked Pretty Little Liars, Elite and Gossip Girl, you're going to love One Of Us Is Lying.

With plenty of plot twists and a brilliant mystery at its centre, this eight-part series is guaranteed to be your next TV obsession.

You can watch the first three episodes of One Of Us Is Lying exclusively on Stan from Friday, October 8. New episodes will drop weekly after that.