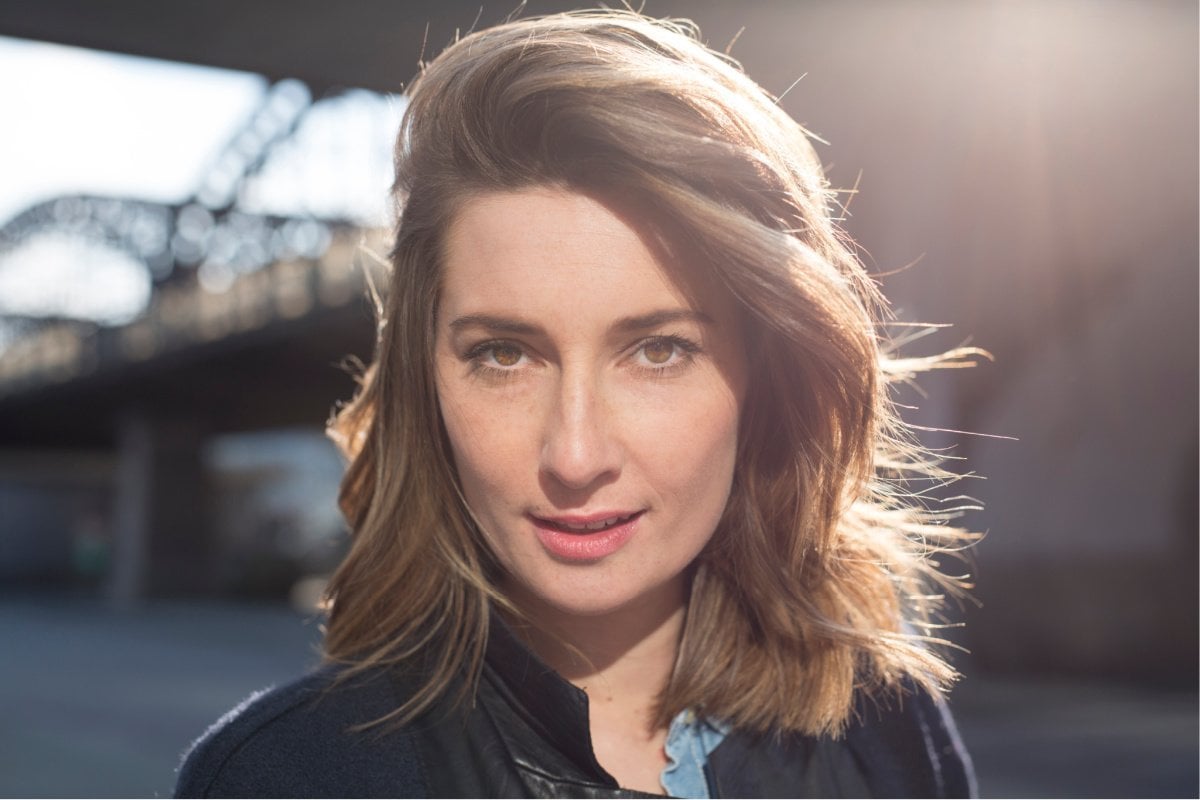 By the time the bouncer waved us through, our pre-drinks had hit, and my best friend and I couldn't wait to get on the dancefloor. As we danced, heels moving across the sticky floorboards and broken glass, I spotted his face on the other side of the room and feigning a thirst I knew a Bacardi couldn’t quench, made my way to the bar.

Once I’d reached the top of the stairs, I was shocked to see Nate walking towards me. Black jeans, white shirt with bulging arms underneath, he had short-cropped hair and a layer of dark stubble across the most beautiful jawline I’d even seen.

Watch: Woman confess when their last one night stand was. Post continues below.

Coming closer still, he let his eyes slowly and deliberately roll up my body, taking in my tight black skirt with the thigh-high split. He narrowed in, a metre from me now, with a devilish grin spreading across his lips. Within inches of my face he stopped, leaning down to whisper in my ear, “you coming home with me tonight?”

I’d wanted Nate for as long as I’d been coming to this bar, which was nearly every Wednesday for the entirety of my uni degree. But there had always been a long queue in front of me.

Tonight though, it was my turn.

The rest of the evening flew by in a flurry of 'I Kissed a Girl' and 'Poker Face', as I moved my body to the music, acutely aware that he was watching my every move. From the corner of my eye, and with each sip of my Breezer, I saw him patiently waiting.

As early as I could, I made my exit and found Nate by the door. Grabbing my hand, he pulled us towards the taxi rank and at last his lips devoured mine in the backseat of the cab. By the time we reached his, we were both breathless.

Inside the door, Nate ripped my dress off and lay me on the bed, kissing down my legs and across my hips. I wriggled in pleasure and pulled his hair for more, as he came up for air and plunged himself into me.

Holding on to his shoulders, one leg wrapped around his body, I took him all as he came hard and loud, groaning into my ear all over again.

After a wild night on both the dancefloor and in the bedroom, I was hanging for a chilled one with my best mate. It had been a few years since high school, but Daniel and I still caught up for a takeaway and Super Nintendo.

Then somewhere between levels on Donkey Kong, a poke in the ribs turned into a tickle fight and suddenly he had me pinned underneath him on the bed. Holding my hands down above my head, Daniel looked at me with a cheeky glint behind wide-brimmed glasses, eyebrows raised and leaning in planted the most unexpectedly sexy kiss on my mouth, all tongue and action, that left me begging for more.

Throwing his glasses to the side, it was on. And with a few awkward chuckles, we were naked under the sheets, discovering each other for the very first time. With a few bumps in the dark, we found a whole new appreciation for our friendship.

It had been almost four years since Ralph and I had broken up but we still had our moments. The secret liaisons, the lunchtime trysts and the occasional back of the car rendezvous. But it always flitted somewhere between old friends and the guy I lost my virginity too.

We’d dated for two years when I was 17 and true to what they say, you never forget your first love (or penis, for that matter).

So when he asked if I’d be his plus one to his boss' 60th birthday party, I didn’t know what to expect. But I wore my very tight, deep maroon backless dress just in case. It was a hit and I revelled in being someone’s arm candy for the night.

While the drinks flowed, it became apparent he had a work crush and some outrageous flirting ensued every time her boyfriend turned away. Now, I am the jealous type and, whether founded or not, felt the need to stake my claim. Leading Ralph by the hand, we hid behind a large column. I pressed up against him, pushing his back into the wall with my body.

While my mouth met his, my hand found his fly and instantly he was hard. Stroking him, teasing him, a deep, deep wanting, I knew he was mine. Pulling himself away, he paused to catch his breath, “I’ll get a taxi!”

Back at his, screaming his name, I was reminded, inch by inch, of why he will always be the very best I’ve ever had – or at least the best this week.