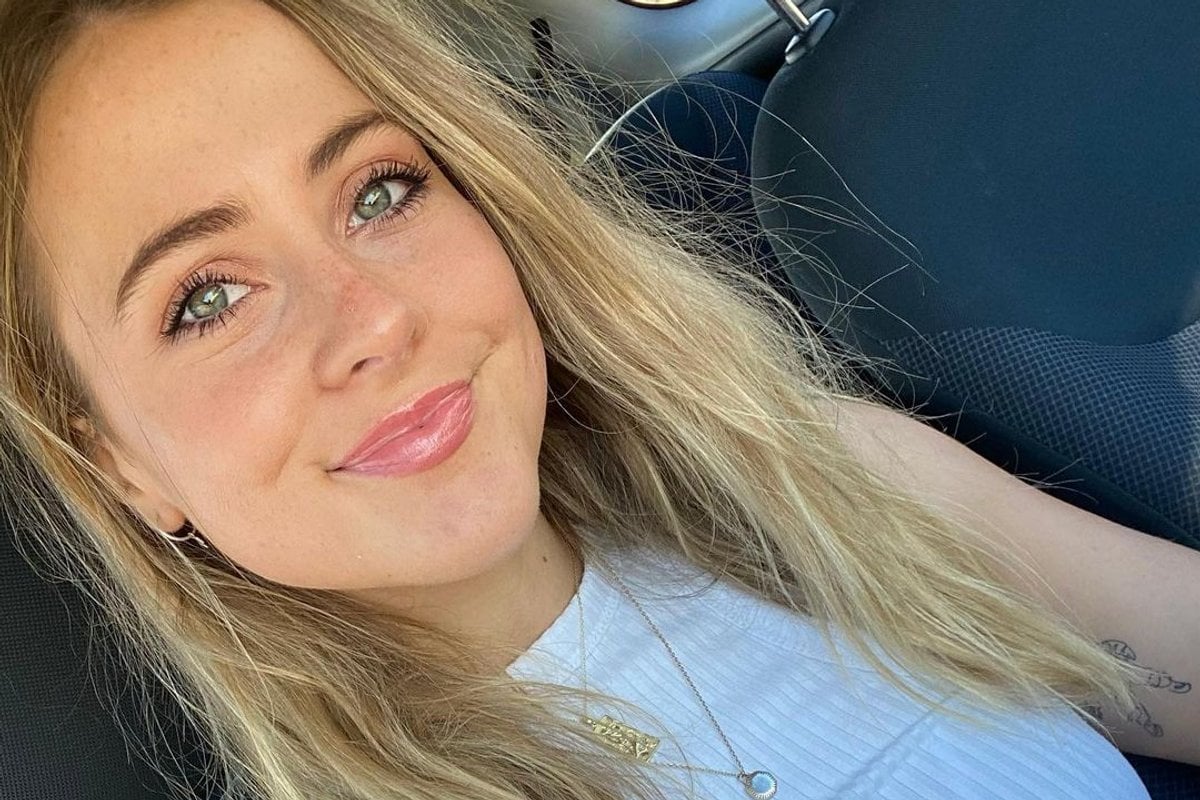 Think about No Strings Attached or Friends with Benefits. These were movies I watched way before I was having sex, and I learnt from them that the most important thing when having casual sex is to detach yourself entirely from the other person. You shouldn't have feelings. Maybe you didn’t even kiss. You might not even remember each other’s names.

I took all that sage wisdom on board.

My first few sexual encounters were with people I was dating, and I ended up dating one of those people for years. So by the time I arrived in my early 20s, I had never had casual sex, I’d never had a one-night stand, and I found myself suddenly (and rather unexpectedly) single.

I wanted to experience the casual sex and dating scene that I had observed from the sidelines during my long-term relationship. So three weeks post-breakup, when I was done crying, I went about fulfilling the age-old tradition of getting over someone by getting under someone else. It was the start of a seriously fun year.

I knew that I wanted to meet people, have drinks and go out to dinners (and then back to their houses), but I wanted to remove the expectation of something serious evolving from a few fun evenings. I’d just had a healthy dose of commitment and I was ready to be unattached. So I was.

For the first few encounters, I followed the rules I’d learnt from Hollywood.

No cuddling afterwards; don’t prioritise your own pleasure; receiving foreplay is additional, not essential; and don’t, under any circumstances, text them first tomorrow.

Be the cool girl, the unattached girl... and as a result, the girl who can’t orgasm during casual sex.

See, I don’t know if it’s just me, but in order to climax with a partner, I have to be able to concentrate. That sounds backwards and unsexy, but I mean that I can’t be in my head thinking about what they’re thinking about.

So with these men that I had no intimate connection with, Os were off the table. They also didn’t seem to care that much about reciprocal pleasure.

But then there was a one-night stand that picked the bar up off the floor and raised it high for the ones to come after. It would forever set the standard for what I was looking for in a casual experience.

Listen to The Undone, where Lucy Neville describes the one-night stand that changed her standards. Post continues below.

His Bumble profile said ‘in Sydney for a few nights’ so immediately I knew this was a good time, not a long time. We matched and hit it off. The banter was great, and we made plans to catch up.

He came over and was delightful company. Instead of having drinks we… talked. Groundbreaking, I know.

As much as we had both previously discussed our intentions to have sex with one another, it wasn’t a ‘let’s cut to the chase’ situation. We did eventually have sex, and afterwards, he politely asked if he could stay the night. It was completely up to me. He was just as happy to catch an Uber back to his hotel but he was enjoying my company.

Immediately one of those rules flashed through my brain ‘no sleepovers — you’ll catch feelings’. But I think it was already too late, I had ‘caught’ feelings. But not in a hopeless romantic way. I think it’s pretty unrealistic to think that you can spend significant time with someone, be intimate with them, and then walk away entirely unattached.

Let feelings be feelings, observe them as they arrive, enjoy them while they’re here and wave them goodbye when it’s time. So that’s what we did.

He stayed, and we cuddled. Two rules broken. In the morning he made my bed. I left for the gym as he got in an Uber; he kissed me on the forehead, thanked me for a fun night and that was that.

As much as that’s a sweet story, it’s not what this story is about. It’s about everything that happened afterwards. From then on I expected more from the people with who I had sex. I expected intimacy, not just physical, but personal and emotional connection.

Of course, it meant that I developed feelings for people here and there... call them crushes. They’re inevitable. A few times I even hoped for those crushes to evolve into something, and when they didn’t, I can’t deny the hurt and disappointment I felt. But I did a pretty good job at making peace with enjoying things for what they were. I’ve always preferred to throw myself fully into things and deal with the outcome later, rather than to never throw myself in at all.

I encourage you to expect more from casual encounters. How many times have you heard ‘it didn’t mean anything' when someone describes sex with a casual partner? Well, I think it should mean something.

You don’t have to be in love with each other, but it doesn’t have to be meaningless. You can enjoy each other's company, you can be passionate, you can be vulnerable and intimate. You can get to know each other like you would a friend, you can laugh and exchange stories of nightmare one-night stands that have come before this, and subsequently promise to do better for each other.

There are people I had casual affairs with that I’m friends with now, because we formed a connection that was more than physical, and we both left the experience feeling completely valued and respected by one another.

And all the people I slept with that were completely void of any passion? Well, we’re not in touch, and I certainly haven’t felt inspired enough to write an article about any of the experiences we shared.

I appreciate that this approach isn’t for everyone. If you’re looking for something serious, and deep down you know this kind of fleeting intimacy will only lead to loneliness and disappointment later, protect your heart.

But if right now, you’re seeking passionate, meaningful casual experiences, try to find people that are willing to jump in... and then out of the deep end with you.