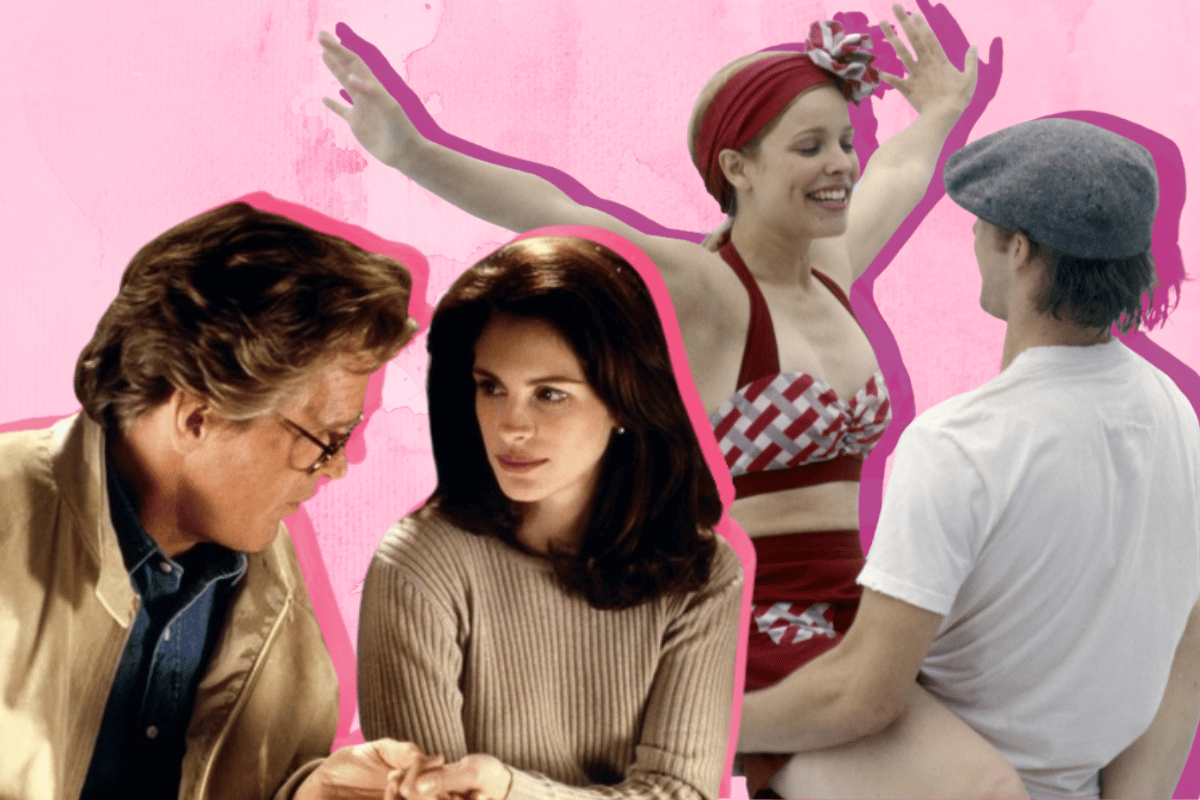 There's nothing we love more than a good love story. We're suckers for it.

From the first meet-cute to the first kiss, it's easy to get swept away watching two of our favourite characters fall in love in a TV show or movie.

But sometimes that passionate on-screen chemistry only exists... on-screen.

Even some of the most iconic movie couples didn't get along too well behind the scenes, with actors like Julia Roberts and Gillian Anderson having to put their acting skills to the test.

We're sorry to ruin the love story, but here are seven on-screen couples who apparently hated each other in real life. 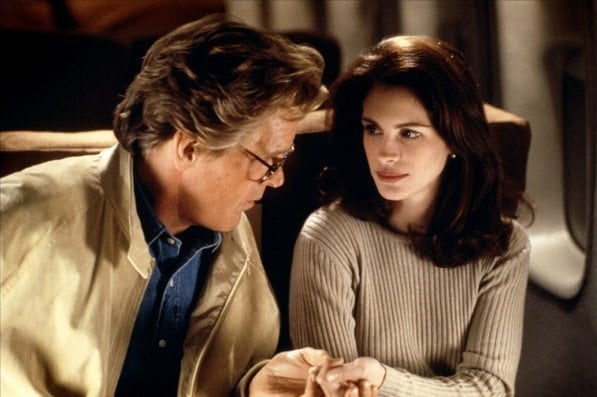 Julia Roberts and Nick Nolte didn't exactly get along when they played love interests in the 1994 rom-com I Love Trouble.

"From the moment I met him we sort of gave each other a hard time... and naturally we get on each other's nerves," Roberts told The New York Times.

The Pretty Woman actress explained that while Nolte could be "completely charming and very nice, he's also completely disgusting".

"He's going to hate me for saying this, but he seems go out of his way to repel people. He's a kick."

According to US Weekly, Nolte acknowledged Roberts' comments, saying, "It’s not nice to call someone ‘disgusting.’ But she’s not a nice person. Everyone knows that."

Productions insiders also told the Los Angeles Times that the tension between the pair got so bad, they had to film their scenes separately and use stand-ins.

"Some on the set claim that [Nolte] became so annoyed with [Roberts'] attitude that he would do things to agitate her even more. The discord was so intense, the sources say, the two played more to stand-ins than to each other," the publication reports. 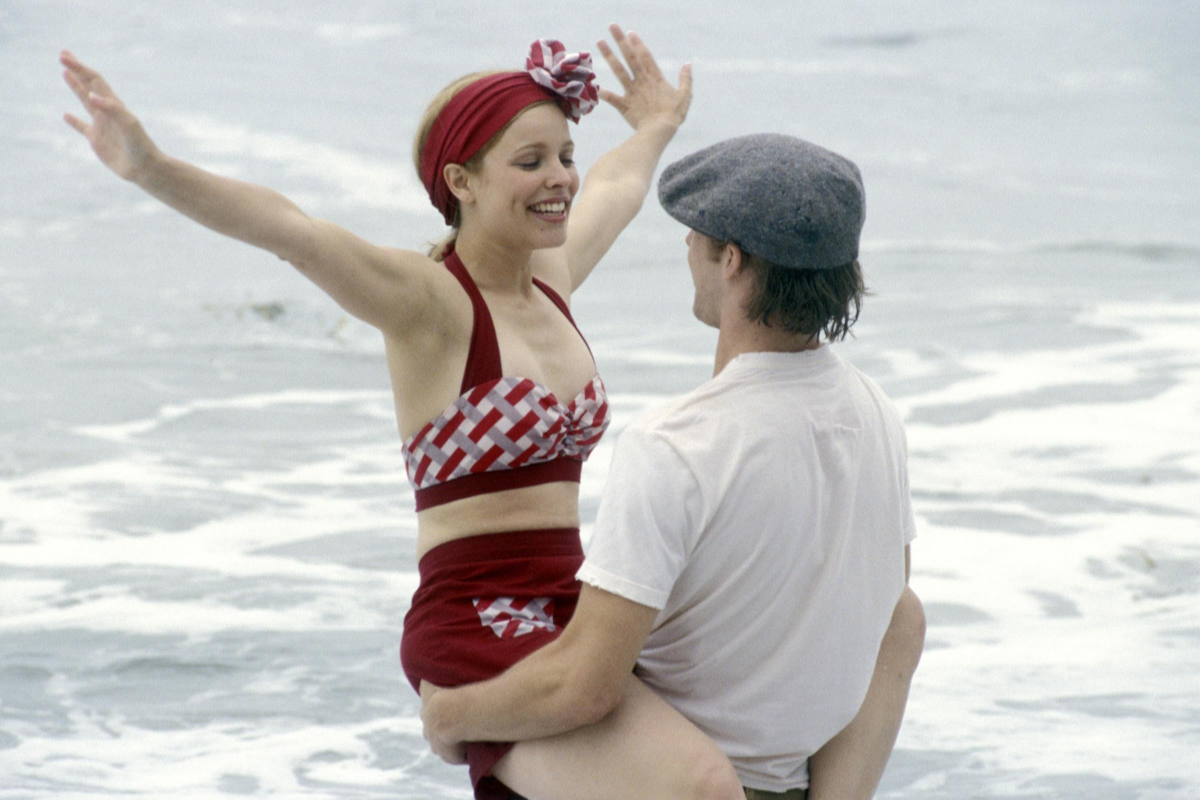 Noah and Allie may have been madly in love in The Notebook, but Ryan Gosling and Rachel McAdams didn't always work well together on set.

Gosling even asked the film's director Nick Cassavetes to take his co-star off set one day and replace her with another actress.

"They were really not getting along one day on set. Really not," Cassavetes told VH1 in 2014.

"And Ryan came to me … he’s doing a scene with Rachel and he says, ‘Would you take her out of here and bring in another actress to read off camera with me?… I can’t. I can’t do it with her. I’m just not getting anything from this.'"

However, the couple eventually ended up falling for each other in real life and went on to date between 2005 and 2007. But it wasn't something either of the actors were expecting.

"[Our relationship] certainly wasn’t something that either of us had expected would come out of that filmmaking experience," McAdams told The Times.

"Which goes to show you that you can engineer chemistry on screen just by telling the audience that these two people love each other. And, unless your actors are doing a really terrible job, I think people will want to see that. As an actor you don’t have to feel it. You don’t have to feel anything. Just imagine it." 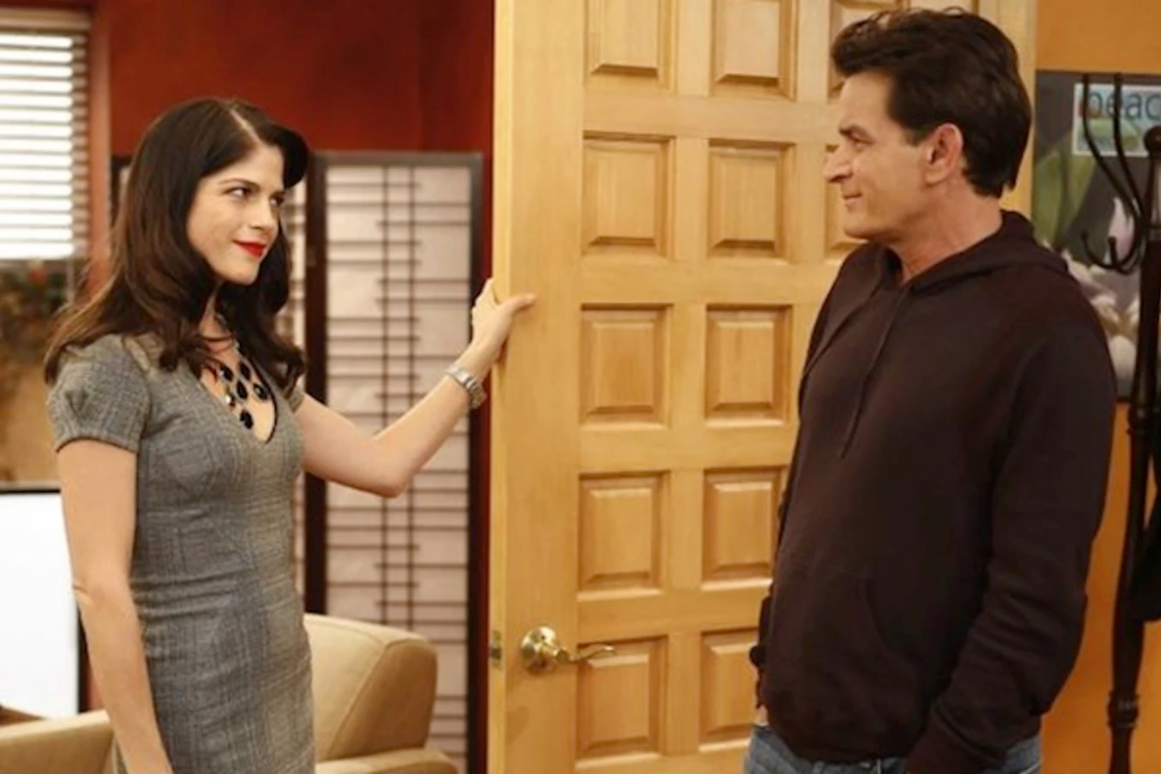 But after Blair voiced her concerns over Sheen's work ethic on set, Sheen fired her via a nasty text message, where he called her a "c***".

Sheen also spoke about his co-star during a segment on Watch What Happens Live in January 2017.

When asked to rank his co-stars from favourite to least favourite, the 55-year-old said he'd like to mash Blair and his former Two and a Half Men co-star Jenny McCarthy together "and then kick them to the curb". 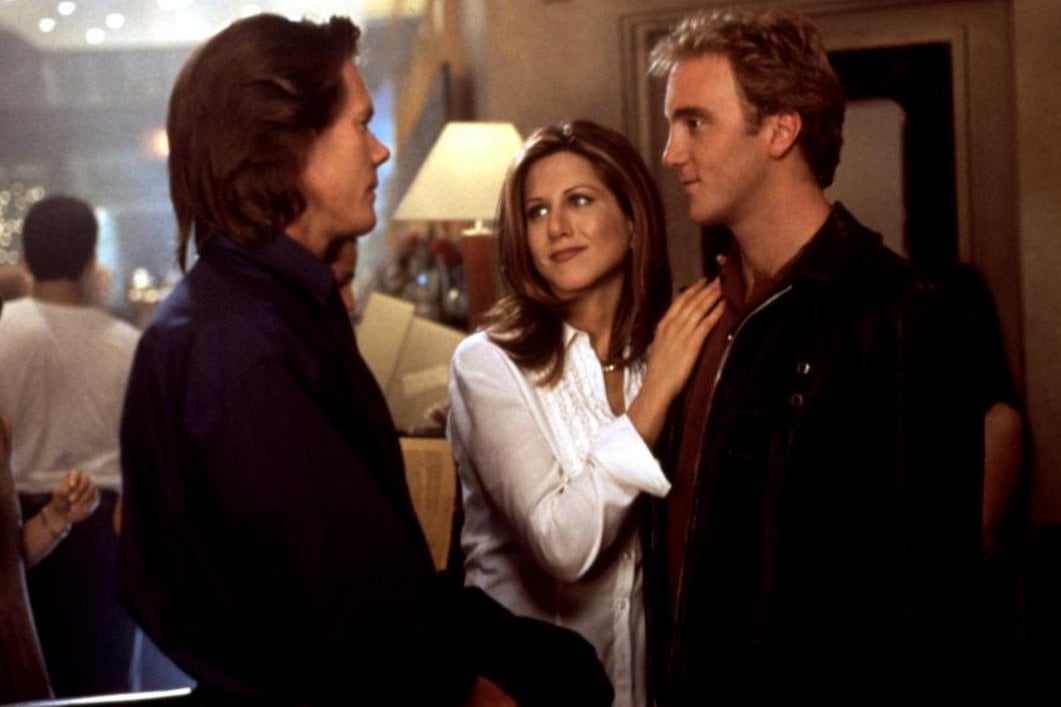 Jay Mohr worked alongside Jennifer Aniston in the 1997 rom-com Picture Perfect. But behind the scenes, it seems it was anything but that.

The Friends star reportedly wasn't happy when Mohr landed the role of her on-screen love interest over her boyfriend at the time Tate Donovan.

During an interview with Elle in 2010, Mohr was asked about his most awkward interaction with a female celebrity.

"Being on the set of a movie where the leading woman was unhappy with my presence and made it clear from day one," he told the publication.

"I hadn't done many movies, and even though they screen-tested some pretty famous guys, I somehow snaked into the leading role. The actress said, 'No way! You've got to be kidding me!' Loudly. Between takes. To other actors on set. I would literally go to my mum's house and cry."

When asked to confirm if he was talking about Jennifer Aniston in Picture Perfect, he said, "I will never, ever answer that."

He later made his feeling about Aniston clear during an episode on his podcast, Mohr Stories.

"Jennifer Aniston was so f**king mean to me!" he said. 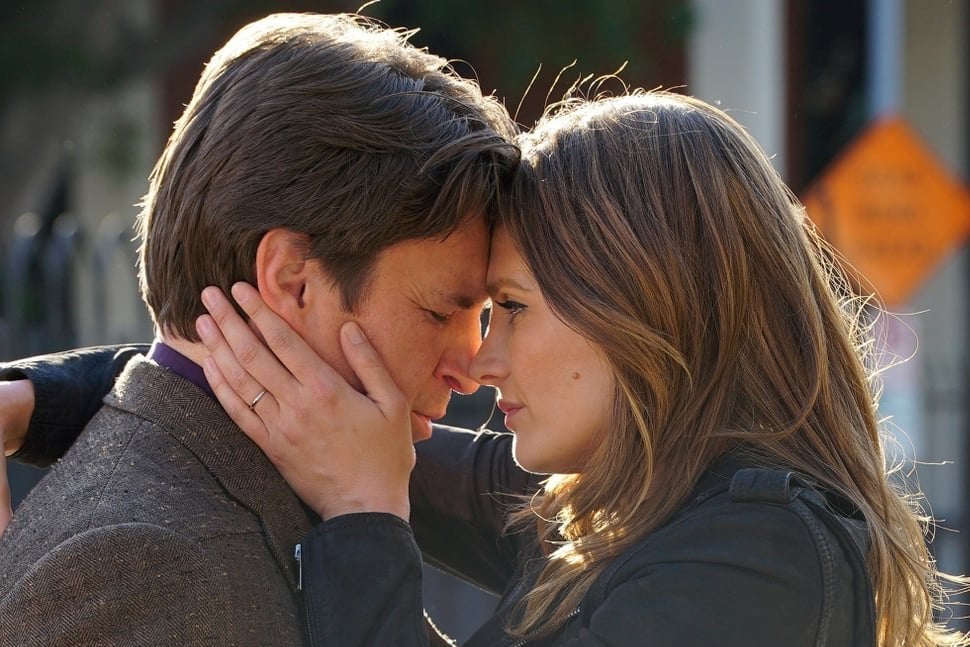 But off-screen, the friction between the actors was apparently so bad they were sent to couples counselling.

"Stana and Nathan completely despise each other," an inside source supposedly told Us Weekly in 2016. "They will not speak when they are off set, and this has been going on for seasons now."

"This season, it got so out of hand they made Stana and Nathan go to couples counselling together."

However, Katic’s representative denied the rumours, saying she "had absolutely no issues" with her co-star. In 2015, the actress announced she was leaving the show and a month later ABC announced they would not be renewing the series. 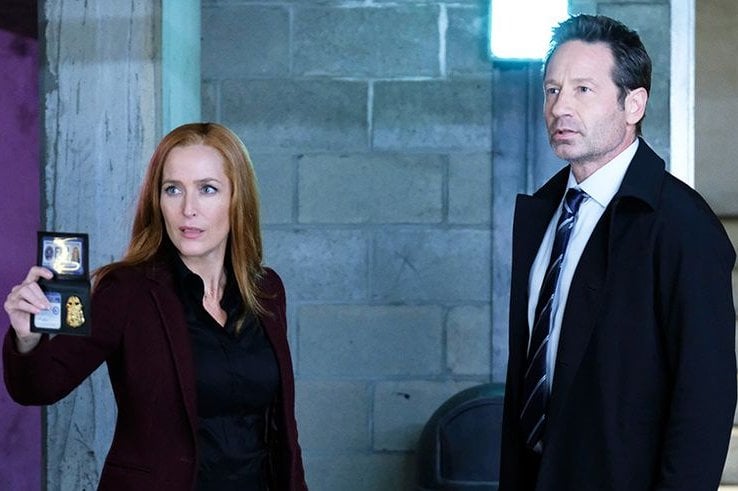 Before she played Margaret Thatcher in The Crown, Gillian Anderson starred in the hit sci-fi series The X-Files alongside David Duchovny. While the actors went on to spark dating rumours, they weren't always on the best of terms.

"Familiarity breeds contempt. It’s nothing to do with the other person," Duchovny told Metro UK in 2008. "We used to argue about nothing. We couldn’t stand the sight of each other."

Anderson also told the Daily Mail that "there were periods when we hated each other".

"David and I have always had chemistry - even at the height of our long non-speaking periods we still had the chemistry when we were on camera," she told the publication.

But despite their tumultuous relationship, the pair are now "good friends".

"I think we have even more fun together now we're older and recognise the importance of the camaraderie that we have. We understand that we're the only two people who have had this experience together. I think we'd have been better served if we'd realised that earlier on in our lives… but right now it's really good." 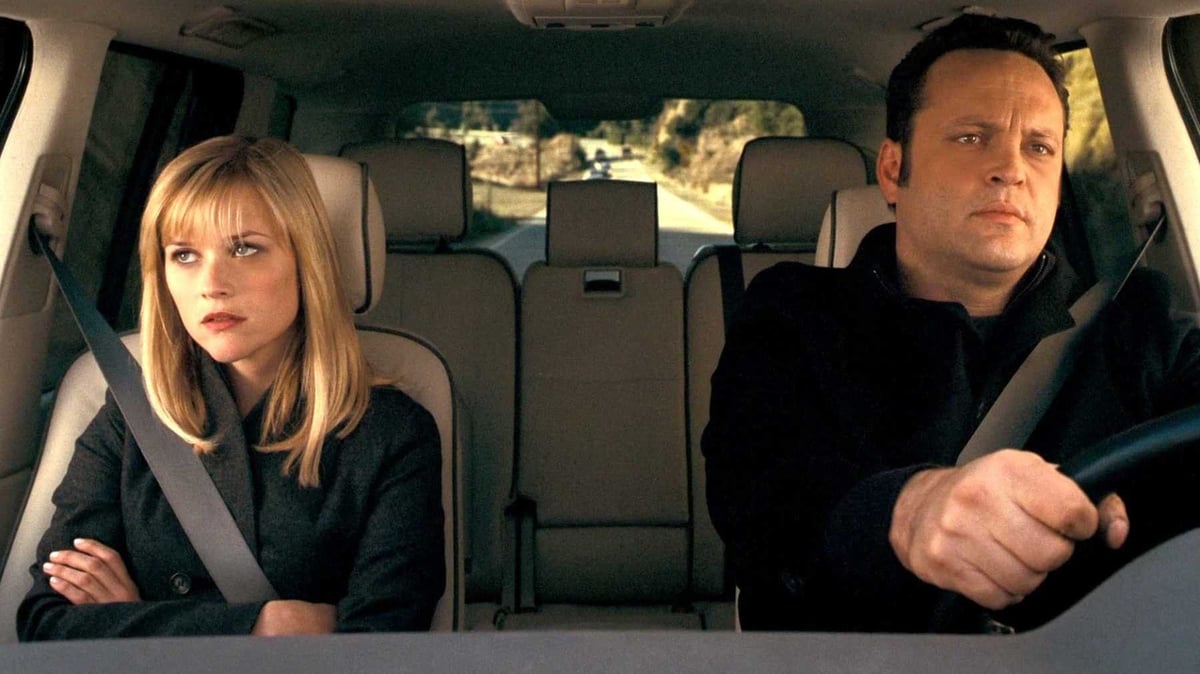 Four Christmases is one of those feel-good Christmas films you rewatch every year.

But beneath the surface, it turns out things weren’t so happy behind the scenes.

In fact, according to reports, Reese Witherspoon and Vince Vaughn clashed so much an entire scene had to be cut from the movie.

According to The Daily News, a sex scene was completely pulled from the film as Witherspoon reportedly refused to do the scene with Vaughn.

Sources involved in the production of the film made over a decade ago reportedly spilled the beans to the publication.

"Vince rolls on to set in the morning looking like he just came in from a night out, while Reese will arrive early looking camera ready," the insider said.

"Then Reese tries to force Vince into blocking out each scene and running through their lines as Vince tries to convince her that he's an ad-libber and wants to play around and see where the scene goes." 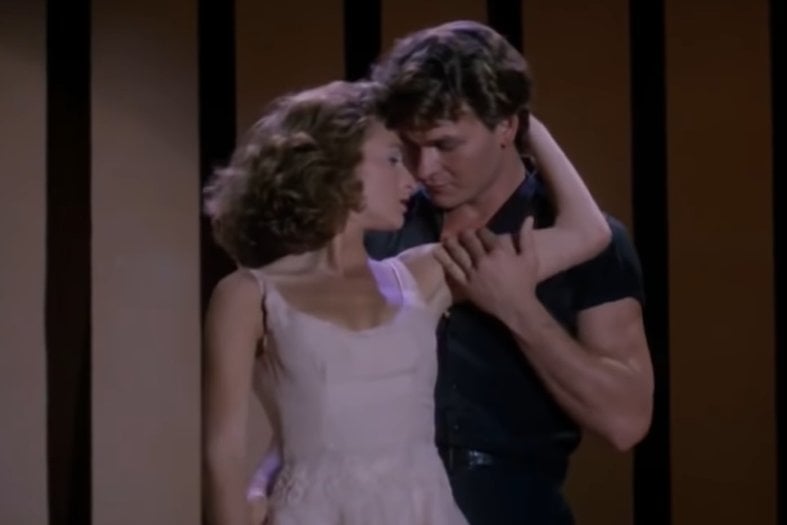 Last but not least, we have Patrick Swayze and Jennifer Grey who played Johnny and Baby in the iconic 1987 film, Dirty Dancing.

Before his death in 2009, Swayze opened up about his time working with Grey in his autobiography, The Time of My Life.

"She’d slip into silly moods, forcing us to do scenes over and over. We did have a few moments of friction," he wrote in his memoir.

"She seemed particularly emotional, sometimes bursting into tears if someone criticised her."

Grey later spoke about the tension with her co-star during an interview with ABC News in 2012.

"The thing is that I believe tension is much hotter-looking than just love. And I think there was a very complex dynamic between Patrick and myself for the whole movie," she explained.

"Whatever our issues were, we had them, but they weren't talked about."