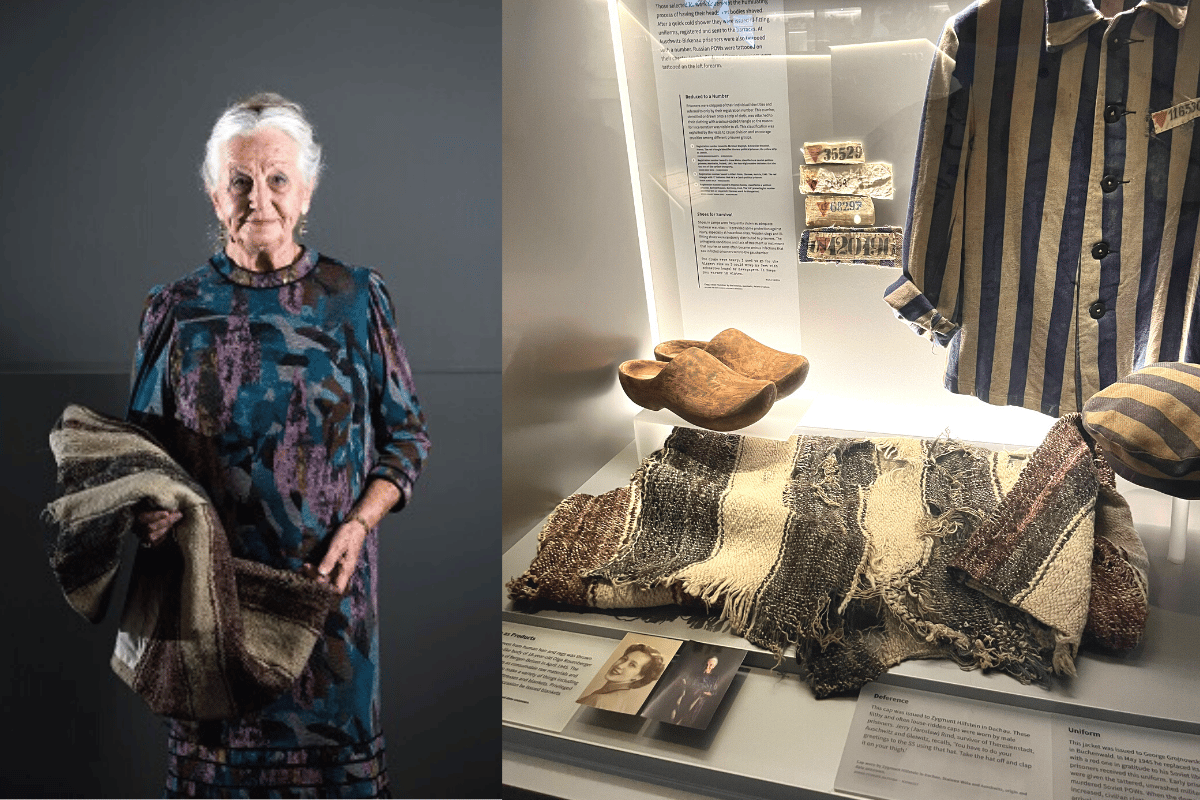 In 1942, Czech-born Olga Horak OAM and her family were denounced as Jews and transported to Sered concentration camp and then to Auschwitz. There, the 18-year-old's father and grandmother were taken directly to the gas chambers.

After selection by Dr Josef Mengele, Olga and her mother were stripped, shaven and numbered.

Conditions in the camps were deplorable. Nearing the end of the war, Olga was sent on a death march to Bergen-Belsen. Suffering and starving, she survived to see the camp's liberation by British and Canadian troops in April 1945.

But on the day of liberation, Olga was near death.

That was until she came across a blanket that had been discarded by a Prison Functionary. And while waiting in a queue to register as survivors the day after liberation, Olga's mother - who had also survived the death march - tragically died, her body succumbing to all she had endured. That discarded blanket ending up being all that Olga had, providing warmth at a time when she had lost everything.

When you walk into the Sydney Jewish Museum (SJM), you can see Olga's blanket on full display. And it's something that sticks in the minds of many visitors, including myself. Because when I visited the museum as an adolescent on a school tour, that blanket is what so many of us students were left discussing on the trip home - and for years to come.

Not only does the blanket tell Olga's story, but it also embodies the stories of many others. As detailed in SJM book, Museum Catalogue: History Memory Collection Community, the blanket is woven from the hair of inmates that were "destined for death" during the Holocaust: a symbol of "humanity's propensity for cruelty".

Watch: Eddie Jaku's shares his advice for a good life with Mamamia. Post continues below.

In 1997, the blanket underwent testing after it was donated to the museum, and examination confirmed that it consists of a mix of mainly animal and human hairs. In many concentration camps, hair was routinely and forcibly shorn from prisoners, usually on arrival. The Nazi war machine used hair to make fabrics and textile products for the war industry, army blankets, socks for U-boat crews, and gasket materials.

"This blanket is rare and we know of no other in Australia," SJM head curator Roslyn Sugarman told Mamamia.

"Its condition is fragile; the hair breaks off and sheds at even the slightest touch. We are so mindful of what the hair means and how it was collected. The blanket contains the DNA of the victims, and so it carries a lot of emotion especially when you know the story behind it."

Roslyn also shares with us the story of the late Eddie Jaku OAM, a Holocaust survivor whose worn leather belt stayed with him through four camps, including Auschwitz. It was the sole personal item he was able to retain during the Holocaust.

As Jaku had told visitors to the museum: "I had to make some more holes because every few months I got smaller and skinnier. I couldn't part with it for quite a while. It was my only possession. My suffering and everything, that belt knows it."

Listen to Eddie Jaku on No Filter. Post continues after audio.

With approximately 15,000 objects in the museum's collection, there are countless stories and memories associated with every single item.

Francine Lazarus was four when her father left her with strangers on a farm in Belgium and disappeared.

Francine and her family were Jewish, and their safety was at risk. And so, Francine's father tried to hide his daughter from the Nazis.

"Distraught, frightened, and lonely, I cried for days," Francine said in testimony recorded in the Sydney Jewish Museum archives.

"I was relatively safe and had enough food. I moved from safe house to safe house. My clothes became too small, my shoes too tight. My clothes were riddled with lice. When visitors came, I had to hide in a dark cupboard and be very still, despite the itch from the lice bites."

Francine's only company was a miniature ceramic coffee set. Playing with it she would imagine that she was entertaining other children and eating imaginary biscuits with her imaginary coffee. 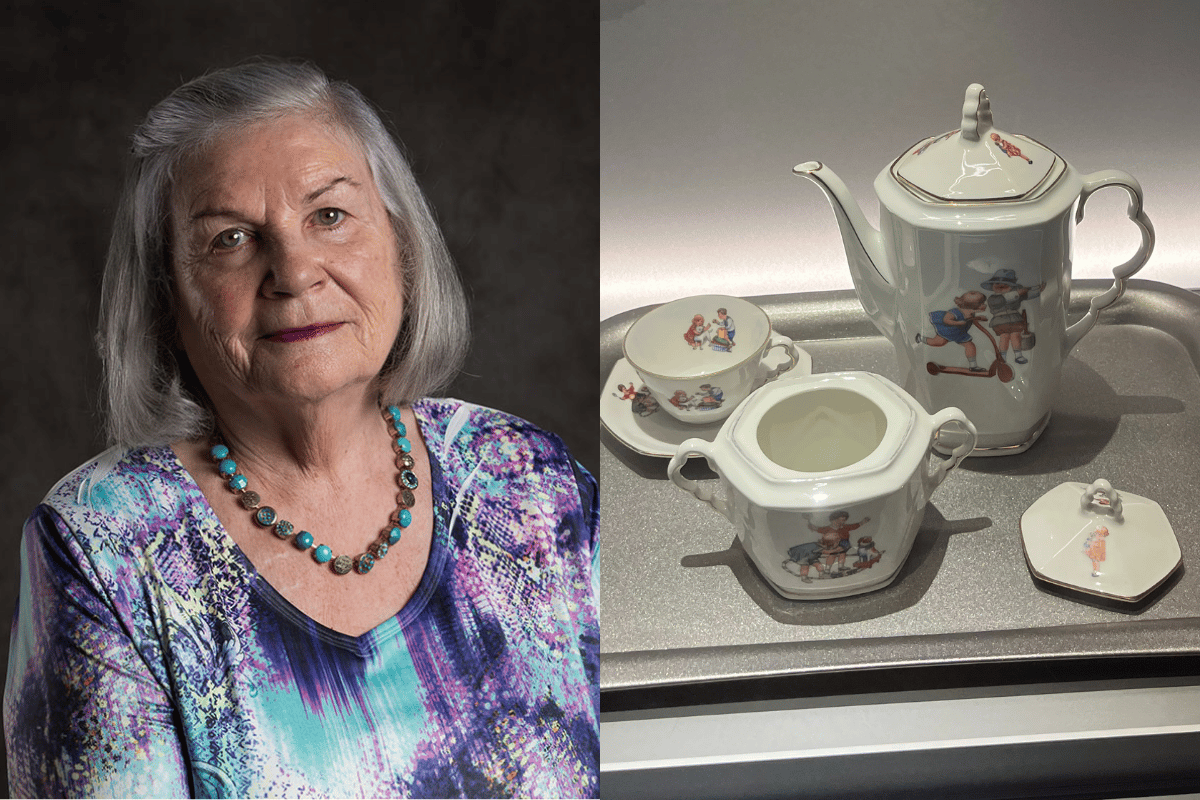 On the cups, saucers and coffee pot, you can see images of children playing with friends and having fun - some use hula-hoops and ride scooters, while others play with toy train sets.

As a child in hiding, Francine's reality couldn't be more disparate.

She never got to play with any other children.

And to this day, Francine says her grandchildren can't understand why she doesn't know how to play games with them.

"There was no socialisation. She was given this coffee set to play with and to keep quiet, so she wouldn't disturb anyone. The object understandably reveals unresolved memories and reverberations of trauma for this survivor," head curator Roslyn said.

As Francine shared with The Australian Jewish News: "I can't bear to think of a child in need, a child crying. A child that will never reach its potential unless it is helped. A child like me."

Another object that holds a lot of meaning is a doll which belonged to Holocaust survivor Judit Elias. Judit was fortunate to keep hold of her precious toy throughout her time in the Budapest ghetto. Playing with her doll Zsuszi helped Judit retain some hope and happiness until her liberation in February 1945. 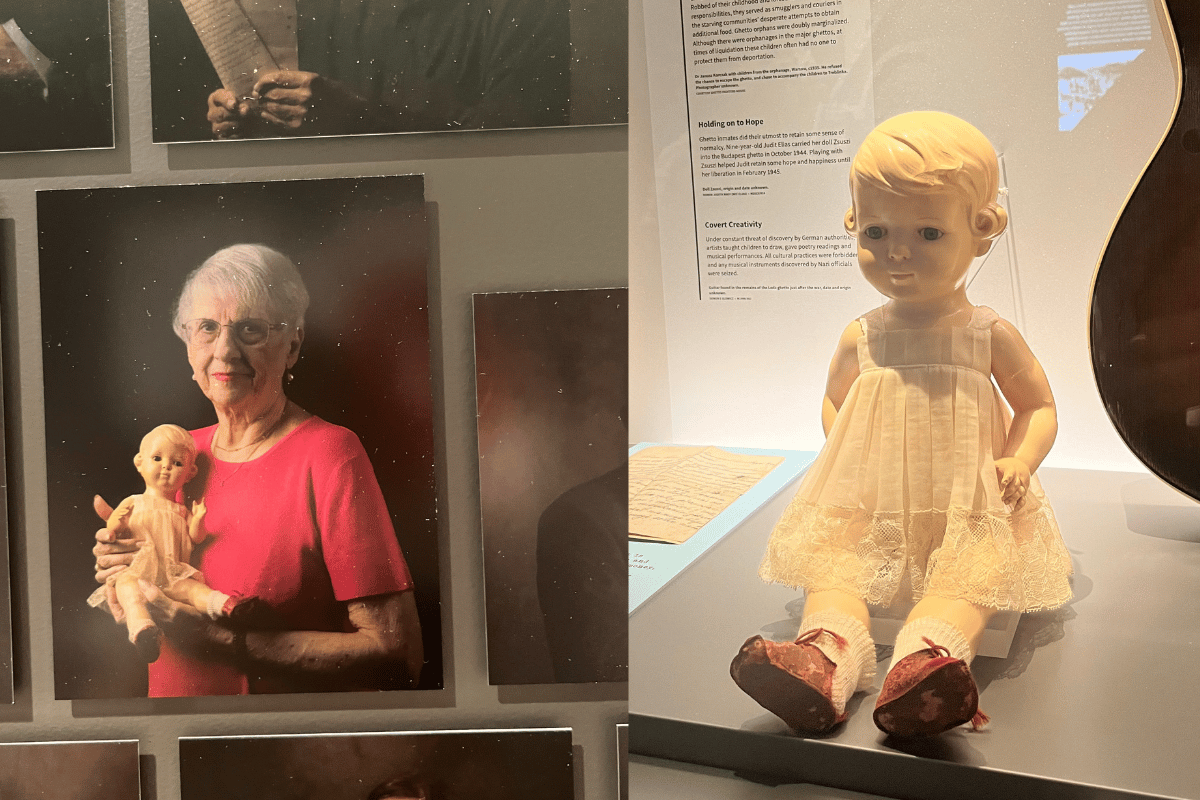 Charles Feldman doesn't remember his father Icek. While his father was interned in a transit camp in France between 1941 and 1942, he gave his wife two wooden boats that he had made for each of his children: Charles and Jacqueline.

During this time, Jacqueline (then 11) and Charles (then five) were forced to leave Paris as the Nazi menace neared.

"One day we had to leave - they were coming for us," Jacqueline told the Sydney Jewish Museum archives.

"We went to a Catholic orphanage on the Spanish border. We didn't tell anyone we were Jewish - only the principal knew. My brother and I went to church and behaved like Catholics. I stayed in the orphanage until the end of the war in 1945. I always associate my youth with war."

Sadly after the war, Jacqueline's wooden boat was gone. But they were able to recover her brother's boat, which now resides in the museum - her father having inscribed his son's name on the front of the vessel.

"Charles passed away a few years ago," Roslyn explained. "And given their father was murdered in Auschwitz, this boat became literally all Jacqueline has of him. The object is a labour of love. One senses how much time Icek would have spent working on it. Very often, it's hard for a survivor or descendant to part with memorabilia - ordinary objects that constitute the only tangible link to the people who did not survive." 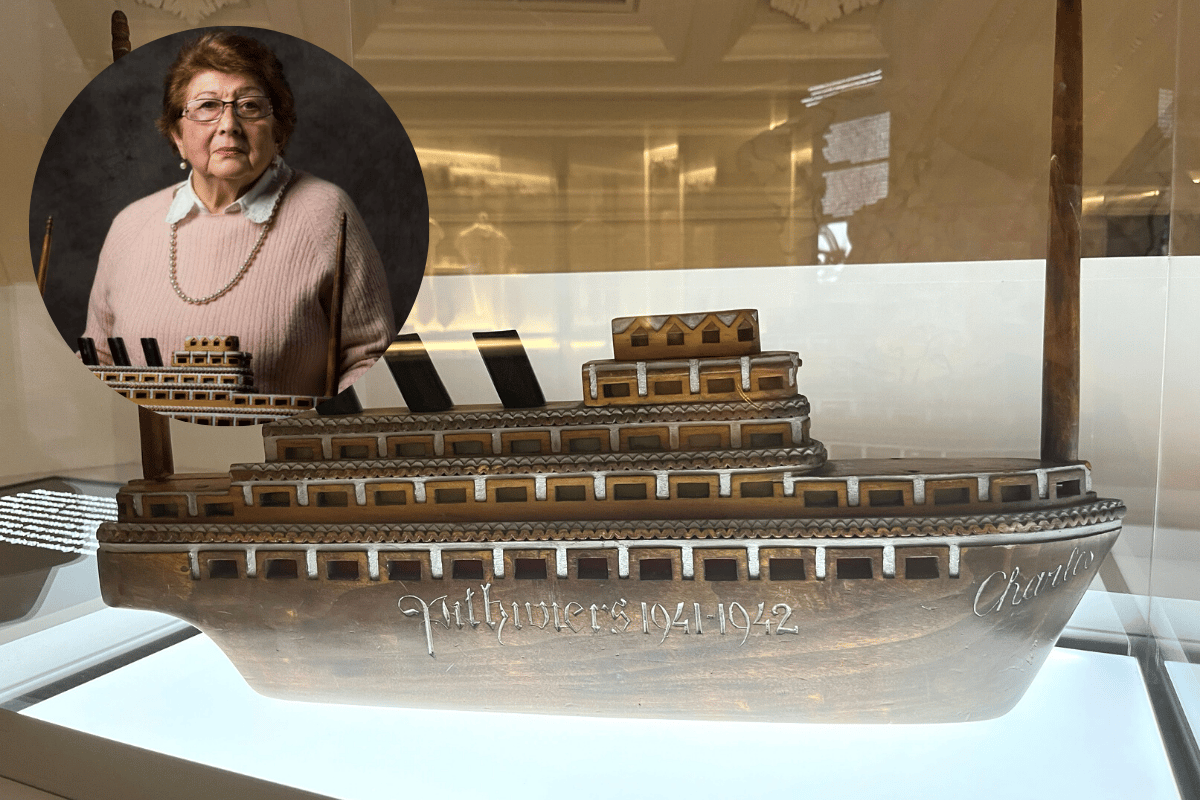 Of course stories like these aren't just specific to the Holocaust. People affected by war across the globe and in many generations share their own struggles with trauma.

Just recently, we have seen the atrocities occurring in Ukraine, hearing stories of refugees having to decide what to take with them - some objects sentimental, and others very practical.

As told to The Cut, one woman fled her home with just her small dog. Others with a wedding ring, a stuffed animal, family photos, a sketchbook, medication, a passport, a digital portfolio of previous work, or religious items.

But the fear of survival also plays a role in choosing what to keep; one mother saying she grabbed a large kitchen knife to take with her in case she had to "instinctively protect her children on the escape route".

Four refugees fleeing Afghanistan also shared with the New York Times what they took with them: "A sapphire and silver ring, an empty knapsack, a Quran and a butterfly pin."

It is examples like these that not only show a human side of history and war but also tell a story of survival.

As Roslyn explained: "There is a common thread in all of these objects. They are the personal belongings that survivors were able to salvage, and each carry a lot of pain, memories, and trauma embedded in them.

"And it's up to us to not only safely preserve the objects for posterity but to document the history and to record the story in the survivors' own voice. It's a big responsibility."