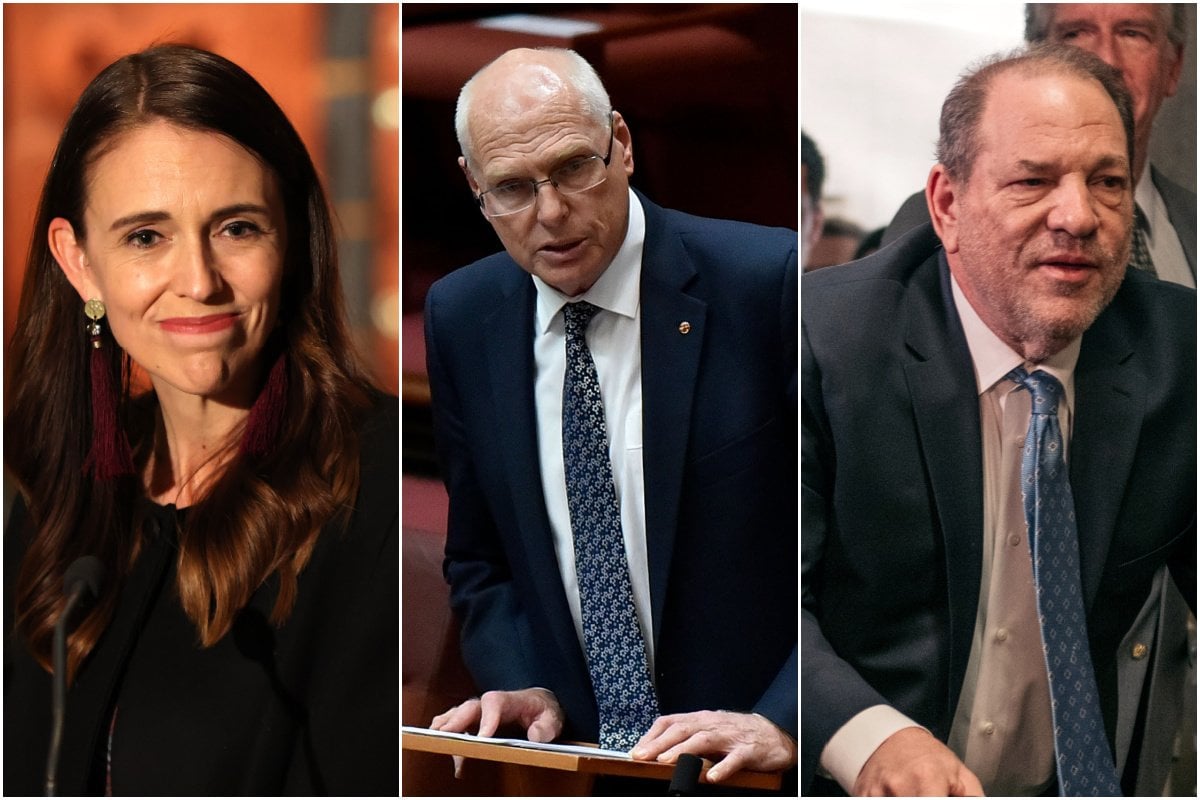 Australia-NZ travel bubble start to be revealed at 2pm AEST.

New Zealand Prime Minister Jacinda Ardern is set to reveal the start date for quarantine-free travel for Australians to Aotearoa.

Ms Ardern's cabinet will meet to sign off a plan to create the trans-Tasman bubble on Tuesday morning, before a 4pm local time (2pm AEST) announcement.

Australian and New Zealand borders have been shut to almost all non-citizens since March last year, with both countries requiring arrivals to spend a fortnight in quarantine before entering the community.

New Zealand Prime Minister Jacinda Ardern is set to announce the start date for a trans-Tasman travel bubble with Australia on Tuesday. Here is what we know so far https://t.co/mqZvI4tCDG

Success in fighting the virus has prompted calls for the two allies to re-open their borders to each other.

Australian states began scrapping their restrictions last October, but to date New Zealand is yet to do so.

Kiwis have been fearful of a return of the deadly virus to their country, but University of Auckland professor Shaun Hendy said the re-opening was worth the risk.

"It's not greatly increasing the risk to New Zealand... and it will be good for many people with family in Australia," he told Radio NZ.

"We are going to have to make these small incremental risks. We do want to get something like normal life back over the next year."

In any re-opening scenario, borders would be closed temporarily in the case of new outbreaks.

Liberal Senator Jim Molan has been diagnosed with an aggressive form of cancer and is taking leave for further testing.

The 70-year-old politician announced on Monday he would take time away from the Senate to confirm his prognosis and commence treatment.

"Whilst the news has come as a shock, I have many reasons to be positive," Senator Molan said in a statement.

"I am receiving the best possible care from my clinicians, and have the love, support and prayers of my family."

The senator said his NSW electoral office will remain open and fully operational, and that his team will continue to work hard alongside his colleagues in the Morrison government.

Senator Molan is a former major general in the Australian army and said he had never been afraid to fight the battles that need fighting.

"This is no exception," he added.

Both sides of politics wished him well in his treatment and recovery, including Prime Minister Scott Morrison.

"We've worked together for over a decade now and you've always put your service above all else," Mr Morrison wrote on the senator's Facebook post.

"Even now, in sharing this news of your illness, your thoughts still turn to how you can continue to serve.

"You're an incredible person Jim and we will all be here to support you through this challenging time ahead."

"Very sorry to hear this news, Jim. Strength and best wishes to you and yours," tweeted Ms Wong, the party's upper house leader.

Australians told vaccine rollout will pick up the pace.

By the end of this week the number of clinics involved will double from 1500 to 3000, while Melbourne-based CSL is now pumping out the AstraZeneca vaccine for domestic use to assist supply after the European Union earlier blocked some shipments.

Almost 842,000 doses have been administered since the program started more than a month ago. The figure falls well short of the four million vaccinations originally promised by the Morrison government by the end of March.

Yet another roadblock has been noted. Pharmacists were set to join the program in May, but have now been warned they won't be able to administer the vaccine until June.

Pharmacists were set to join the program in May, but have now been warned they won't be able to administer the vaccine until June.

Stay tuned to TODAY for the latest on the vaccine rollout. #9Today pic.twitter.com/f8PuoV5Kga

In South Australia, a man infected with the South Africa strain of the virus remains in a critical condition in the Royal Adelaide Hospital.

There were 10 new cases of COVID-19 recorded in the 24 hours to Monday morning among returned overseas travellers already in quarantine, but there were no new cases of community transmission anywhere across the country.

COVID-19 restrictions for northern NSW have been lifted following the fourth day of no locally acquired cases.

Around 200,000 residents in the region were last Wednesday ordered to wear masks in most indoor public areas and limit house gatherings to no more than 30 people.

The directive was cancelled as of 11.59pm on Monday.

Restrictions have been lifted overnight in northern NSW after the state recorded another day without a local case.https://t.co/UKnl14sJuG

The restrictions were put in place after NSW diagnosed its first case linked to two clusters in southeast Queensland following an outbreak at Brisbane's Princess Alexandra Hospital in March.

There are currently 75 active cases in the state, with health restrictions to remain in place the next fortnight.

They include wearing a mask indoors in public, a 30-person limit on private gatherings and restrictions on visits to hospitals, prisons and aged care and disability facilities.

The Coalition has lost significant ground in Western Australia and Queensland, faces collapse in South Australia but has improved slightly in Victoria and remains relatively stable in NSW, a Newspoll analysis shows.

The analysis published in The Australian also shows the Coalition has lost male voters rather than ­female ones over the past three months despite the Liberal Party being under pressure over treatment of women in politics.

BREAKING: The Coalition has lost significant electoral ground across its traditionally strongest states of Western Australia and Queensland and is facing collapse in South Australia, a #Newspoll analysis has found. #auspol https://t.co/ha5wKE0nPQ

On a two-party-preferred basis the Coalition now trails Labor 49-51 per cent averaged over the past four Newspolls.

The worst state for the Coalition is South Australia where its primary support fell six points to 38 per cent and federal Labor's vote rose five points to 41 per cent, putting Labor at 55-45 on a two-party-preferred split.

Mr Morrison's lead as preferred prime minister rose a point to 58 per cent while Mr Albanese remained on 28 per cent.

The emergency room doctor who pronounced George Floyd dead has testified that he theorised at the time that Floyd's heart most likely stopped because of a lack of oxygen.

Bradford Langenfeld, who was a senior resident on duty that night at Hennepin County Medical Center and tried to resuscitate Floyd, took the stand at the beginning of week two at former Minneapolis Officer Derek Chauvin's murder trial, as prosecutors sought to establish that it was Chauvin's knee on the black man's neck that killed him.

Langenfeld said Floyd's heart had stopped by the time he arrived at the hospital.

Dr. Langenfeld said the chance of a patient’s survival goes down 10 to 15 percent every minute CPR is not performed.

The doctor said that he was not told of any efforts at the scene by bystanders or police to resuscitate Floyd but that paramedics told him they had tried for about 30 minutes.

Under questioning by prosecutor Jerry Blackwell, Langenfeld said that based on the information he had, it was "more likely than the other possibilities" that Floyd's cardiac arrest - the stopping of his heart - was caused by asphyxia, or insufficient oxygen.

Chauvin, 45, is charged with murder and manslaughter in Floyd's death. The white officer is accused of pinning his knee on the 46-year-old man's neck for nine minutes and 29 seconds as Floyd lay face-down in handcuffs outside a corner market where had been accused of trying to pass a counterfeit $US20 bank note for a pack of cigarettes.

Former Hollywood producer Harvey Weinstein is seeking a new trial, arguing that a New York judge denied him an impartial jury when he was convicted last year of sexual assault and rape, according to a new court filing.

Weinstein's court filing on Monday says he was denied a presumption of innocence when Burke allowed the jury to hear testimony from women who alleged Weinstein assaulted them even though their allegations did not result in a criminal charge.

Cate Blanchett and Nicole Kidman miss out in SAG awards.

Neither Cate Blanchett nor Nicole Kidman have walked away with a Screen Actors Guild award.

Courtroom drama The Trial of the Chicago 7 and jazz period film Ma Rainey's Black Bottom were the big winners at the virtual ceremony, one of the last major ceremonies before the Oscars.

All four of the winning film actors were people of colour, the first time this has happened in the SAG awards' 27-history.

All four motion picture acting wins at the #SAGAwards went to people of color for the first time ever pic.twitter.com/mJiAVDO6Rm

Chadwick Boseman, who died of cancer last year aged 43, picked up another award for his final role as an ambitious 1930s trumpet player in Ma Rainey's Black Bottom.

Blanchett and Kidman were both nominated for best actress in a limited series, with Blanchett earning a nod for her role in historical drama Mrs America and Kidman nominated alongside Hugh Grant in The Undoing. They lost out to Anya Taylor-Joy who won for her role in chess drama The Queen's Gambit.

India has reported a record rise in coronavirus infections, becoming only the second country after the United States to register more than 100,000 new cases in a day, as hospitals in its worst affected state are overrun by patients.

The country's daily infections have leapt about 12-fold since hitting a multi-month low in early February, when authorities eased most restrictions and people largely stopped wearing masks and following social distancing.

More infectious variants of the virus may have also played a role in the second surge, some epidemiologists say.

India has plunged into its second Covid wave -- and this time, with new variants, fatigue setting in among the population, and several massive religious gatherings taking place, it threatens to be worse than the first one https://t.co/hoCMQlU2Xw

With 103,558 new infections, India has now reported 12.6 million cases, the highest after the United States and Brazil, data from the health ministry showed. India has recorded the most number of infections in the past week anywhere in the world.

Deaths jumped by 478, still one of the lowest fatality rates in the world, raising the total to 165,101.

The state will start shutting shopping malls, cinemas, bars, restaurants and places of worship from Monday evening. Authorities will also impose a complete lockdown at weekends, as experts are worried about a shortage of critical-care beds in hospitals, especially in its smaller cities.

- Jailed Kremlin critic Alexei Navalny has been moved to a medical facility to be treated for a possible respiratory illness and has been tested for the coronavirus, the Izvestia newspaper has cited the prison service as saying.

- Russian President Vladimir Putin has signed legislation that could pave the way for him to stay in power until 2036 if he chooses to do so and wins re-election.

- At least 97 people have been killed by floods and landslides triggered by tropical cyclone Seroja in southeast Indonesia and East Timor.