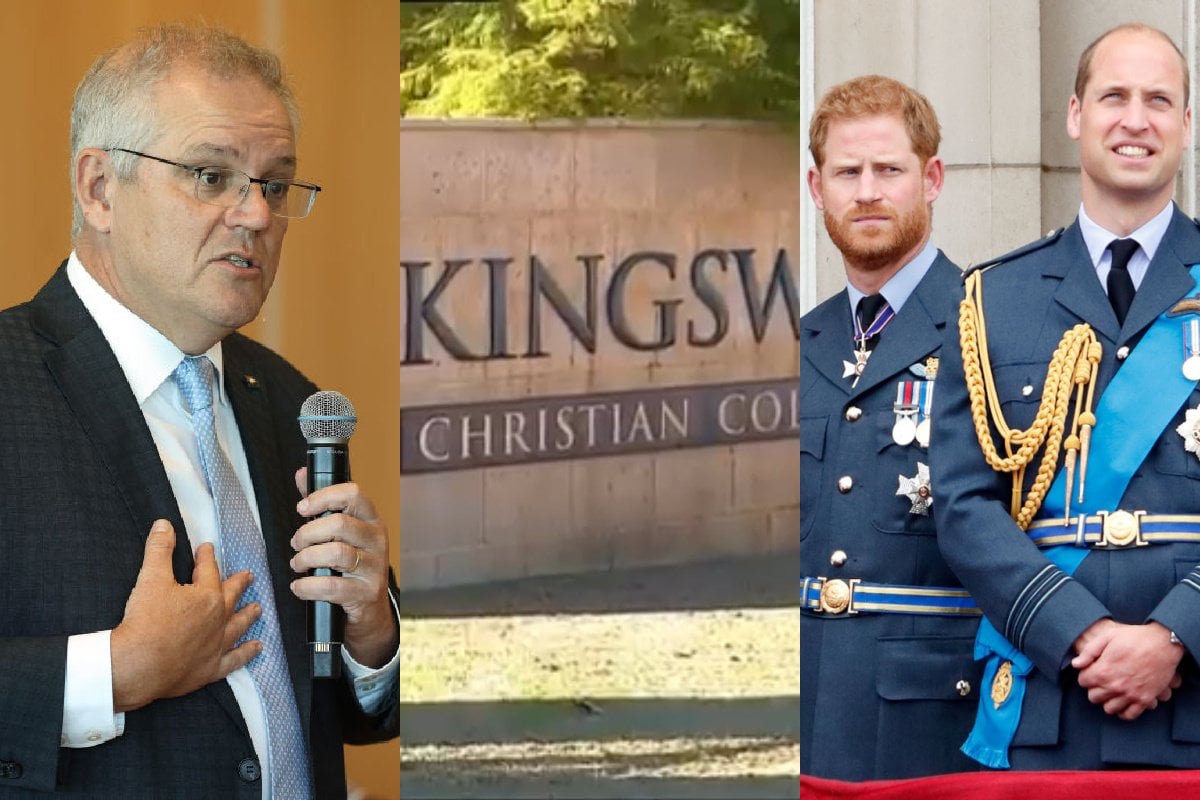 Prime Minister Scott Morrison has warned against rushing to conclusions after the death of a NSW woman who developed blood clots a day after receiving a COVID-19 vaccine.

The 48-year-old woman was a diabetic, and preliminary tests have not found a conclusive link to the vaccination, the Daily Mail reports.

"It has not yet been established whether there is any link between the COVID-19 vaccine and the tragic death reported by NSW health officials," the Therapeutic Goods Administration said in a statement overnight.

"NSW Health has said there is no confirmed link but further investigations are underway."

BREAKING: Federal health authorities are investigating the death of a NSW woman days after she received a COVID-19 vaccination https://t.co/taGUXiNOUL

Mr Morrison on Thursday said state and federal authorities would continue to look into the woman's death.

"There is a lot more to understand and learn about that issue and I would caution others in making conclusions about this at this point as well," he told reporters near Newman in Western Australia's Pilbara region.

Mr Morrison said potential concerns around vaccine hesitancy meant it was important that the matter was fully investigated by medical experts.

"It's important, because of the fact that people can have concerns, that we follow that important process, to inform ourselves properly," he said.

A NSW Health spokesperson said the department would not speculate on individual cases, but offered condolences to the family of the woman who died.

"The death of anyone is always a tragedy and our condolences are with the family and loved ones of the person who has passed away," the spokesperson said in a statement on Thursday night.

The Therapeutic Goods Administration is responsible for regulating and monitoring the use of COVID-19 vaccines in Australia, but NSW Health is notified when a serious or unexpected adverse event occurs.

"Many conditions can arise during normal life, whether or not a vaccine is administered, but it remains important to report any new serious or unexpected events so that safety can be appropriately monitored," the administration said.

It has not been publicly confirmed which vaccine the woman received.

"The blood clotting disorders being investigated in connection with the AstraZeneca vaccine are very rare and differ from common blood clots or venous thromboembolism, which occur in around 50 Australians every day," the TGA said.

Australians under the age of 50 were last week warned off receiving the AstraZeneca vaccine, after a link was confirmed between the jab and rare blood clots.

Two people have developed bloods clots likely linked to their AstraZeneca jab in Australia – a woman in Western Australia and a man in Victoria, both aged in their 40s.

Mother found baby dead in the car outside WA school.

A baby found dead on the grounds of a Perth private school was unresponsive when discovered in the car by her distraught mother.

Emergency services were called to Kingsway Christian College at Darch in Perth's north around 5.40pm on Wednesday, when the 11-month-old girl was discovered.

Police Commissioner Chris Dawson said the child's 39-year-old mother had been at the school to pick up or drop off another child.

#Breaking: Police have called the death of an 11-month-old baby in Perth’s northern suburbs last night a “tragic event”. pic.twitter.com/8UkgoUm1FA

Upon finding the baby in the car, she rushed the child into the school but despite immediate care, she could not be resuscitated.

The length of time the child had been in the car will form part of the police investigation, which is ongoing, Commissioner Dawson said.

The child's mother has spoken with police and has since been released.

"It is a very tragic event and we will deal with it sensitively," Mr Dawson said.

In a statement, Kingsway Christian College principal Peter Burton said the school's thoughts were with the family of the child.

"Words cannot begin to express the depth of sadness we feel as a result of what, at this time, appears to be the accidental death late yesterday afternoon of an 11-month-old child," he said.

"Given that a formal investigation is being conducted, the College is unable to provide any additional detail to what has been provided by the police."

William and Harry to walk apart at Prince Philip's funeral.

Prince William and Prince Harry, who have faced difficulties in their relationship over the last few months, will walk separately in the funeral procession for Prince Philip.

The prince, who was married to Queen Elizabeth for seven decades and is also known as the Duke of Edinburgh, died on April 9 aged 99.

Echoing the funeral of their mother Princess Diana after her death in 1997, when they were 15 and 12, the brothers will walk behind the coffin of their grandfather during the procession in Windsor on Saturday.

However, they will be walking in a line separated by their cousin, Peter Phillips.

It is thought that the royals may also be physically distancing as Buckingham Palace said the event will follow strict coronavirus rules.

Buckingham Palace announced that British and German relatives of Prince Philip will be attending the scaled-back, 30-guest funeral.

Queen Elizabeth, the couple's four children, eight grandchildren, the Queen's niece and nephew and three of her cousins will all be attending the small, family service on Saturday.

In addition, the prince's German relatives Bernhard, Hereditary Prince of Baden, Prince Donatus, Landgrave of Hesse and Prince Philipp of Hohenlohe-Langenburg will be in attendance.

The Countess Mountbatten of Burma, a close friend of Prince Philip, will also be attending the service.

Some of the spouses of the Queen's children and grandchildren have been included on the guest list.

According to PA, Buckingham Palace said the Queen had some "very difficult" decisions regarding who was allowed to attend the funeral under England's current strict coronavirus rules.

Originally, 800 people would have been invited to the late royal consort's funeral but under the new rules only 30 people are allowed to attend.

Top UN, financial and vaccine officials have urged rich countries to donate excess COVID-19 vaccine doses to a program supplying lower income countries in a bid to end the pandemic and get the global economy back on track.

At an event organised by the Gavi Vaccine Alliance to boost support for the COVAX vaccine-sharing initiative, the officials appealed for another $US2 billion ($A2.6 billion) by June for the program, which aims to buy up to 1.8 billion doses in 2021.

COVAX has shipped more than 38 million vaccine doses to 111 countries in seven weeks, most of them AstraZeneca's shot.

He urged them to share excess doses "as soon as possible to cover the high-risk populations during this supply constrained period".

New Zealand Prime Minister Jacinda Ardern announced a donation of enough doses to inoculate more than 800,000 people to COVAX, which is run by Gavi, the Coalition for Epidemic Preparedness Innovations (CEPI), the World Health Organisation and UNICEF.

Nearly $US400 million was pledged on Thursday, a statement said, including from Denmark, Liechtenstein, the Netherlands, Portugal and Sweden.

The United States, which this year donated half of a pledged $US4 billion to COVAX, did not make new commitments.

WHO chief Tedros Adhanom Ghebreyesus said some countries that signed up to COVAX had yet to receive any doses, none had received enough and some were not receiving their second-round vaccine allocations on time.

"There remains a shocking and expanding disparity in the global distribution of vaccines," he warned.

Former Minneapolis police officer Derek Chauvin has waived his right to testify to the jury at his murder trial for the deadly arrest of George Floyd in May 2020.

BREAKING: Derek Chauvin, ex-officer charged in the death of George Floyd, invokes the Fifth Amendment and will not testify at his murder trial. https://t.co/SvIzXvsYzo pic.twitter.com/Bif22aQVDC

Prosecutors from the Minnesota attorney general's office said they would call at least one rebuttal witness.

Chauvin was seen in bystander video kneeling on the neck of Floyd, a 46-year-old black man in handcuffs, for more than nine minutes after Floyd was accused of using a counterfeit $US20 bank note to buy cigarettes.

The footage of his death sparked global protests against the disproportionate use of force by police against black people.

His lawyers called an expert on the use of force to tell the jury that Chauvin's actions were appropriate, contradicting the Minneapolis police chief who testified that it far exceeded an appropriate response.

Tokyo Olympics could still be called off.

A senior Japanese ruling party official says that cancelling this year's Olympics in Tokyo remains an option if the coronavirus crisis becomes too dire.

"If it seems impossible (to host the Olympics) any more, then we have to stop it, decisively," Toshihiro Nikai, secretary general of the Liberal Democratic Party, said in comments to broadcaster TBS on Thursday.

Cancellation is "of course" an option, he said, adding: "If the Olympics were to spread infection, then what are the Olympics for?"

Government and organising officials have consistently said the Games would go ahead but the fact that a ruling party heavyweight has now made the remark was enough to give his comments top billing on domestic news.

The Tokyo Olympics Organising Committee responded with a statement saying all those involved in preparing for the Games remained fully focused on hosting them in the summer.

With Japan in the midst of a fourth wave of coronavirus infections, doubts over whether Tokyo would be able to host the Summer Games – already an unpopular idea with the public – have resurfaced in recent weeks.

"We do not speculate," an International Olympic Committee spokesperson said on Thursday.

"We are fully concentrated and committed to the successful delivery of the Olympic Games Tokyo 2020 this year, and working at full speed towards the opening ceremony."

"Olympics Cancelled" was trending on Twitter in Japan with nearly 50,000 tweets from users as of Thursday afternoon.

Preparations for the Games, which are set to begin on July 23 and will be held without international spectators, have included incorporating social distancing measures and other restrictions.

Australians have been warned to prepare for rising coronavirus case numbers of up to 1,000 a week when international borders open.

Mr Morrison said Australians had become used to recording days of zero community transmission but that would need to change.

"If we were to lift the borders and people were to come, then you would see those cases increase," he told 6PR.

"Australians would have to become used to dealing with a thousand cases a week or more."

Mr Morrison said states and territories would need to get on the same page about acceptable virus levels when travel restarts.

Australian Medical Association president Omar Khorshid said vaccinations would be the country's way out of the health crisis.

"We don't have COVID now, but COVID is coming," he told ABC Radio.

"We cannot keep this virus out of Australia forever unless we become a true island nation with no travel."

- The French parliament has adopted legislation that characterises sex with a child under the age of 15 as rape and punishable by up to 20 years in jail, bringing its penal code closer in line with many other European countries.

- Nicola Sturgeon's Scottish National Party has vowed to hold another independence referendum by the end of 2023, if it wins the Scottish parliament election on May 6.

- Former US Vice President Mike Pence, 61, has received a heart pacemaker device during routine surgery and is expected to fully recover, a spokesperson has said.

- A photo of an 85-year-old Brazilian woman getting her first embrace in five months from a nurse through PPE has been named the World Press Photo of the Year.