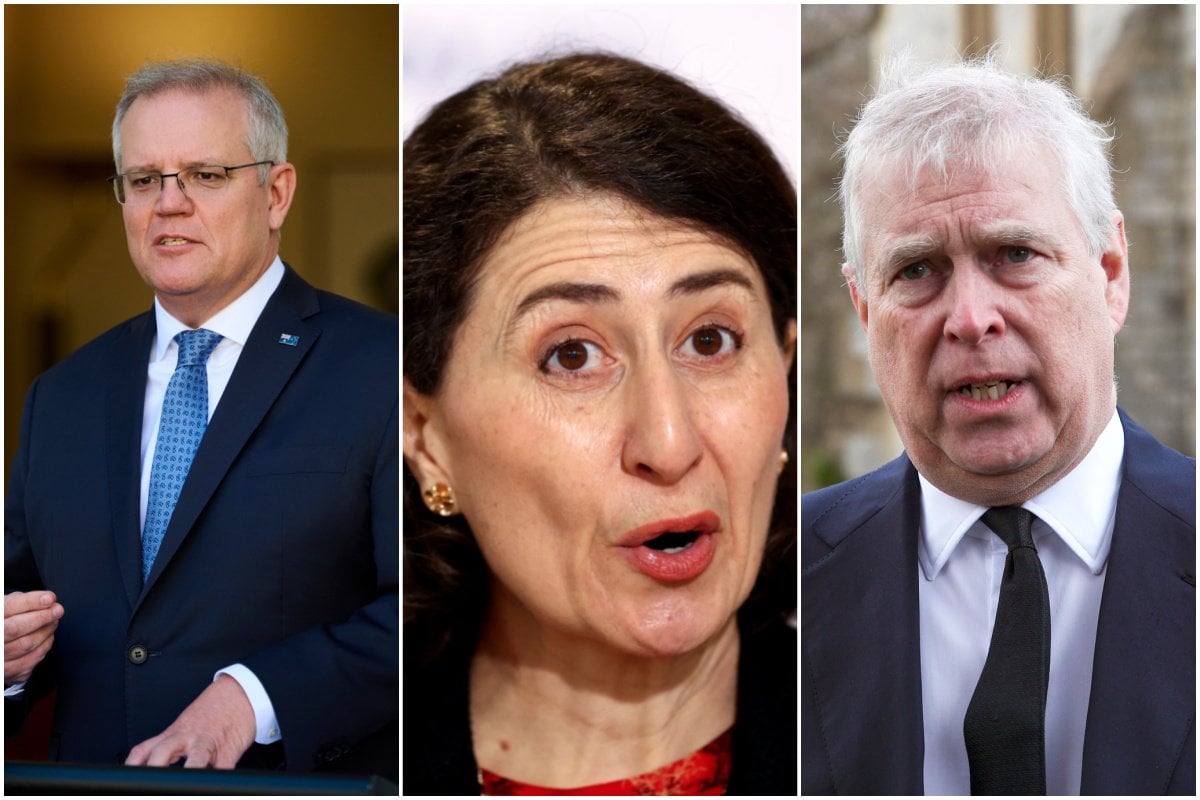 Prime Minister Scott Morrison will visit Washington DC next week for his first US trip since Joe Biden took office.

"I look forward to reaffirming our 70-year alliance, and to discussing ways to further strengthen our security and economic partnership," Mr Morrison said.

The visit takes on added importance as it will include the first face-to-face meeting of Quad leaders, including the US president, Indian prime minister Narendra Modi and Japan's Yoshihide Suga.

"Reconvening this important group reinforces our commitment to the Indo-Pacific COVID-19 recovery, and our efforts towards peace, prosperity and stability in our region," Mr Morrison said.

United States President Joe Biden will address action on climate change when he meets in person with Prime Minister Scott Morrison and other members of the Quad for the first time next week | @Gallo_Ways https://t.co/DyMWrKLe4Y

The prime minister and accompanying officials and media will quarantine on their return.

The Quad nations have been seeking to enhance cooperation to push back against China's growing assertiveness.

The summit will be held at the White House on September 24.

Foreign Minister Marise Payne will attend the opening of the assembly and represent Australia at a number of events in New York during what is known as "high-level week".

"It stands in stark contrast to some of our closest partners and allies including the US, which has put the climate crisis at the top of the list for discussions at the Quad summit," she said.

Four out of five NSW residents aged over 16 are likely to have received at least one dose of the COVID-19 vaccine by Wednesday.

The achievement all but guarantees NSW will meet the reopening target of 80 per cent double-dose coverage.

Some 79.5 per cent of the over-16 population in NSW had come forward to get at least one jab by Tuesday, and 47.5 per cent were fully vaccinated.

Under the NSW government's roadmap, vaccinated people will be released from lockdown when the state reaches 70 per cent double-dose coverage.

More changes will be triggered at 80 per cent, including to international travel and large events.

Meanwhile, some suburbs in Sydney's west and southwest remain under heightened restrictions despite having some of the highest vaccination rates in the country.

Schofields, Marsden Park, The Ponds and Toongabbie are among the suburbs to have seen at least 90 per cent of residents vaccinated.

Because their council areas are still labelled hotspots, residents in those suburbs are subject to a curfew. Unlike other NSW residents, they can only picnic with their households.

There are 1253 COVID-19 patients in the state's hospitals, including 231 in intensive care.

NSW Health's Jeremy McAnulty said on Tuesday it was "too early to know" if the curve of case numbers was flattening, after the state recorded its lowest daily total in almost two weeks.

Meanwhile, the Sydney Morning Herald has confirmed that 17 Paralympians are undergoing 14-day quarantine at their homes after exemptions by the state government as part of a trial of a home-based program.

Exclusive: NSW Health has confirmed 17 Paralympians are undergoing quarantine at their homes after exemptions by the state government | @Rabe9 @tomdecent https://t.co/uRRBG8pkbt

The paper reports that every Paralympian who competed in Tokyo was double-vaccinated before departure, with those quarantining at home undergoing the same COVID-19 testing as those in the hotel system

Victorians await roadmap out of lockdown.

Victorians await details of their path out of lockdown as most of the state's regional trains remain offline, following another COVID-19 case detected among rail staff.

Coaches will continue to replace the majority of V/Line services on Wednesday after a seventh worker tested positive for the coronavirus, with up to 300 frontline staff continuing to isolate.

Two deaths were reported on Tuesday, a Hume man aged in his 20s and a Brimbank woman in her 80s.

Authorities were unaware the man had the virus before he died at home on Monday. It is not yet known if he had underlying health conditions, whether he was vaccinated or if he lived alone.

It came as Premier Daniel Andrews confirmed the state's roadmap out of lockdown would be released on Sunday.

Victoria's roadmap to freedom will be released on Sunday.

It'll detail a timetable for the return to school, but what life looks like through Christmas will depend on infections and vaccinations. @msanto92 #9News pic.twitter.com/jW1uzgF9DK

Mr Andrews said the roadmap, which will outline restrictions through to November, would rely on Burnet Institute modelling of vaccination and hospitalisation rates.

In the meantime, Melburnians will get an extra hour of outdoor activity and the five-kilometre travel radius will be expanded to 10km when 70 per cent of eligible Victorians have received their first dose of a COVID-19 vaccine.

This is expected to occur on Friday.

Federal Health Minister Greg Hunt says he respects the decision of the ACT government to extend the national capital's lockdown for another four weeks.

Over the past week the ACT has recorded an average of 18 extra cases a day, with 22 recorded on Tuesday.

The extension was advised due to too many people being infectious in the community, and the return of nearby Yass Valley to lockdown.

The latest figures show 52.1 per cent of ACT residents have had both doses, while 75.9 per cent have had one vaccination.

The ACT government has made some minor changes to its restrictions which will come into effect from 11.59pm Friday.

Small businesses currently permitted to operate a click and collect or click and deliver service can admit up to five people at any one time, or one person per four square metres (whichever is lesser).

Social and recreational sport such as tennis and golf will be allowed to go ahead with up to five people permitted to gather together.

And from October 4, year 12 students can return to the classroom if the situation does not deteriorate.

A NSW teenager with coronavirus has been transferred from Broken Hill to Adelaide for hospital treatment on an unrelated condition.

SA Health has confirmed the child's mother, who also tested positive for the virus, has travelled with the teenager as a support person.

Both cases have been counted in the NSW tally but come as SA officials continue to express concern over infections so close to the state's borders.

South Australia on Tuesday reported another case of the virus in a returned overseas traveller, a man in his 30s, who has been in hotel quarantine since his arrival.

SA Health said 35,000 bookings were made on Monday, the first day people aged over 60 became eligible for the Pfizer dose.

#SouthAustralia will become the first state in the nation to offer the Pfizer jab to anyone over 12 years of age, including those over 60, at state-run clinics.

They’ll be able to book online from Monday as we add more than 60,000 new appointments. #SAStrong pic.twitter.com/qhzAGyZVLu

About 11,000 of those bookings were made for younger children aged 12 to 16, who can also attend clinics on a walk-in basis.

Cyber security attacks on the rise thanks to pandemic.

A cyber security threat was reported to the national watchdog once every eight minutes in the past financial year, with large numbers of cybercrimes driven by the pandemic.

The Australian Cyber Security Centre's latest Annual Cyber Threat Report revealed more than 67,500 cybercrimes were reported in the 2020-21 financial year, an increase of 13 per cent from the year before.

Losses from cybercrimes totalled more than $33 billion during the 12-month period.

The report found cyber criminals exploited the COVID situation in Australia, with more than 18,000 cybercrimes related to the pandemic.

Australia is facing a major cybercrime threat as more Aussies work from home during the pandemic. #9Today pic.twitter.com/AOovS3ezAP

The centre said ransomware remained one of the most serious types of cyber threat, which increased by almost 15 per cent in the past financial year.

In one incident, a ransomware attack at a major Melbourne health network in March this year forced some elective surgeries to be postponed.

The report said a large number of the cyber attacks were carried out either by state-based actors or by criminals.

"Malicious cyber criminals are escalating their attacks on Australians," he said.

Less than 15 per cent of NT students in remote Indigenous communities attend school four days a week, the Association of Teachers of English to Speakers of Other Languages in the NT says.

Indigenous education policy consistently ignores the eight out of 10 students in remote communities that speak one of the more than 100 Aboriginal languages and dialects spoken in the NT.

"Applying the same education policies to students who are culturally and linguistically different doesn't result in equity," said Fran Murray, the ATESOL NT representative to the Australian Council of TESOL Associations.

"In fact, it's widening the gap, not closing it."

Prince Andrew plans to challenge a US court's jurisdiction over a civil lawsuit by a woman who accused him of sexually assaulting and battering her two decades ago, according to court papers.

In papers filed with the US District Court in Manhattan on Monday, a lawyer for Andrew said the prince also plans to contest that he was properly served with the lawsuit by Virginia Giuffre, who has said she was also abused by the financier Jeffrey Epstein.

Lawyers for Giuffre did not immediately respond to requests for comment.

Andrew, 61, is one of the most prominent people linked to Epstein, who US prosecutors charged in July 2019 with sexually exploiting dozens of girls and women.

Epstein, a registered sex offender, killed himself at age 66 in a Manhattan jail on August 10, 2019.

Giuffre has accused Andrew of forcing her in 2001, when she was 17, to have unwanted sexual intercourse at the London home of Ghislaine Maxwell, the British socialite and Epstein's longtime associate.

Giuffre also said Andrew abused her at Epstein's mansion on Manhattan's Upper East Side, and on a private island Epstein owned in the US Virgin Islands.

Apple has unveiled the iPhone 13 and a new iPad mini, expanding 5G connectivity and showing off faster chips and sharper cameras.

The iPhone 13 will have a new chip called the A15 Bionic that will power features like automatically detecting when the phone's camera is pointed at text.

Apple said it will have custom 5G antennas and radio components for faster speeds and will come in five colours.

Apple just announced the iPhone 13 - here's what to know about the new phone, and updates to the Apple Watch and iPad https://t.co/EzenQQmzBW

The phone will start at $A1349 in Australia.

The company also updated its iPad Mini with 5G connectivity and a reworked design that makes it look like the higher-end iPad Air and Pro models. Both will be available next week.

This year, analyst expect modest hardware upgrades and a deeper focus on 5G.

- Four former Minneapolis police officers involved in the deadly arrest of George Floyd have entered not guilty pleas to federal charges of violating Floyd's civil rights at an arraignment.

- The British government says booster vaccines will be offered to people aged 50 and over, those in care homes and frontline health and social care workers.

Three vaccines have been approved as safe and effective as boosters - AstraZeneca, Pfizer and Moderna - but experts have decided to opt for Pfizer as a preference after studies showed it is well tolerated and works well as a booster.

- US comedian Norm Macdonald, a former Saturday Night Live writer and performer during the 90s has died aged 61 after a nine-year battle with cancer.